The Air Force Academy is moving closer to replacing its 53-year-old telescope with a new one-meter (39-inch) telescope that will significantly expand the observatory’s current research capabilities.

A massive crane arrived in late October to remove the Apollo-era telescope from the observatory, making room for the new scope which is expected to arrive from Austria in the fall of 2019. View more photos on Flickr. 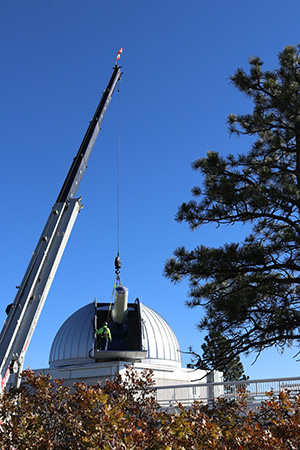 “The new telescope has capabilities that are vital to conducting basic 21st century research,” says Dr. Devin Della-Rose, the director of the Academy’s Astronomical Research Group and Observatory (ARGO).

“The new scope will gather light at least four times faster, be capable of tracking low-orbiting spacecraft, such as the International Space Station, be able to accommodate four modern instruments simultaneously and be remotely operable, conceivably from any location around the globe. Our existing 61-cm telescope—the oldest active scope in the Air Force inventory—is Apollo-era technology and enjoys none of these advantages.”

The one-meter telescope has the potential to more than double cadet research capacity, impacting up to 20 physics and astronautical engineering majors every year. It will also offer professional development activities for at least 10 faculty members.

The old telescope is being donated to the Colorado Springs Astronomical Society (CSAS), which has the sixth largest astronomy STEM outreach program in the country.

The observatory’s 61-cm telescope was built for the Air Force in 1964 to help NASA survey potential Apollo moon landing sites. It was used at the Cambridge Research Lab at Hanscom Air Force Base in Boston, Massachusetts, until 1977 when it was moved to the newly completed observatory at the Air Force Academy.

The observatory is a center for research and education for cadets and faculty. It houses a 41-cm telescope that supports the Falcon Telescope Network (FTN) and serves as a research site for the Center for Space Situational Awareness Research (CSSAR). Research includes: 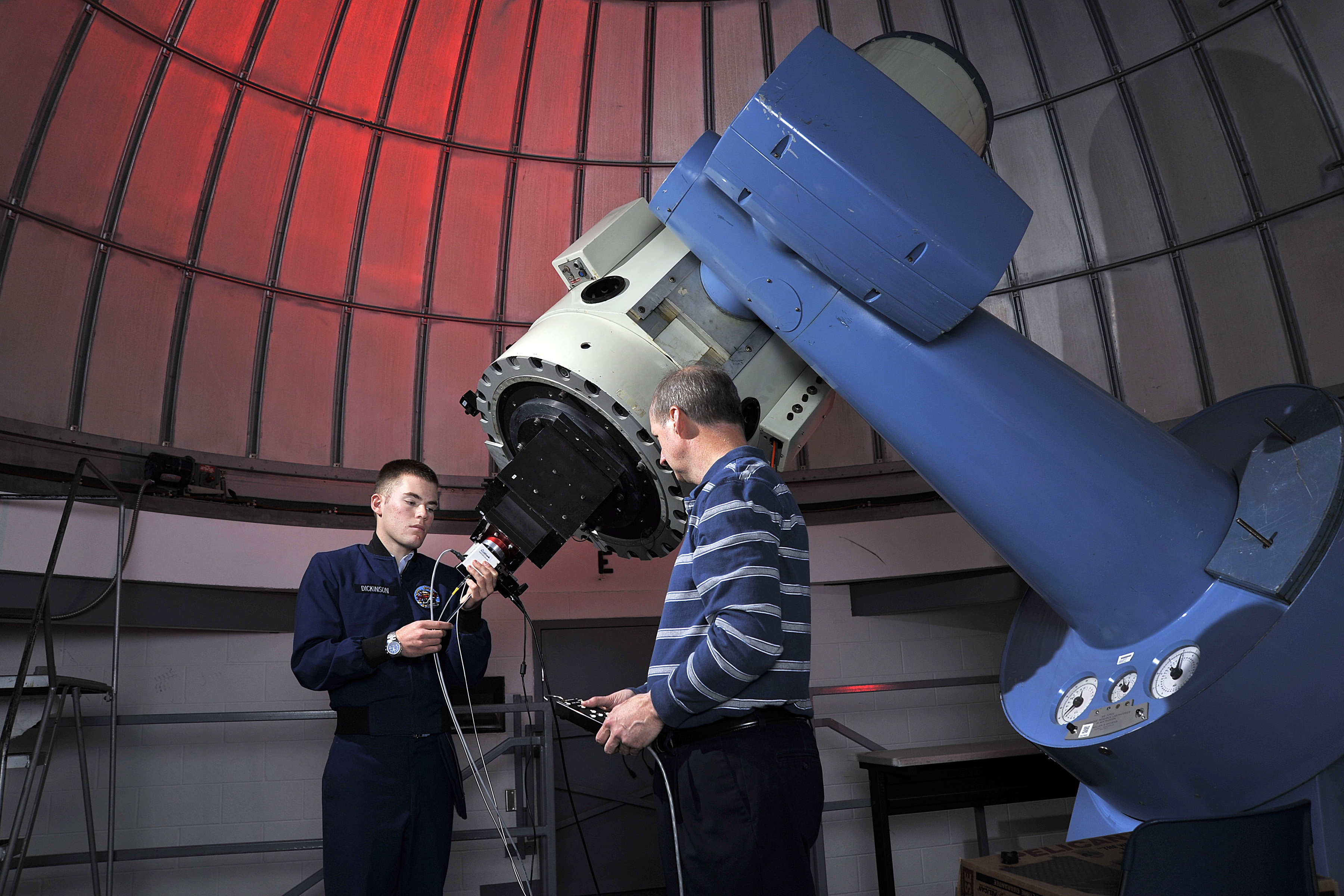