With financial support from the Class of 1968, the AOG has established a class ring display

The Class Crest is one of the most treasured representations of class unity and class pride. Until graduation, the class will wear the ring with the class crest facing inward, closest to their hearts. After graduation, the ring is turned so that the Academy Crest is closest to the heart of an officer ready and willing to protect and defend with the training they have received. This is a unique tradition in which all graduates of the Academy are forever united. Through the blood and the sweat, the triumphs and the failures, they become brothers and sisters for life. 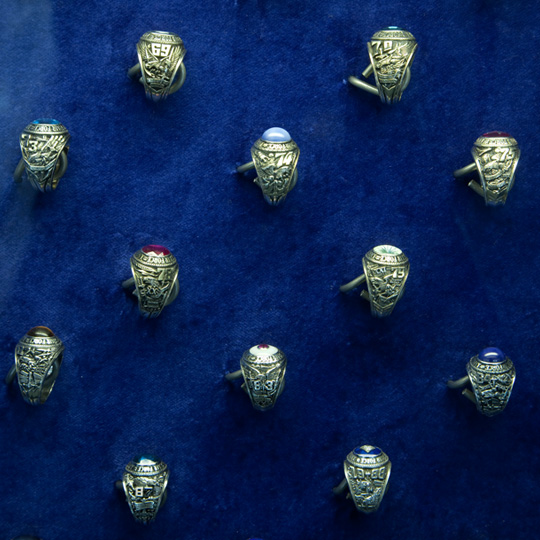 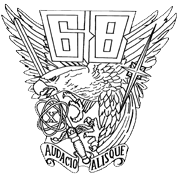 With financial support from the Class of 1968, the AOG has established a class ring display on the second floor of Doolittle Hall. This display is designed to include one ring (actually worn by a graduate) from each class.

The AOG maintains a display of class rings and is working to acquire class rings to create a heritage ingot containing one of each class ring, a portion of which will be included with each new class's ring.

After the Association of Graduates has collected two rings from each class (one for the display and one for the ingot), Jostens will melt one ring from each class into a single ingot. A piece of this heritage ingot will be added to the production of all future Academy rings. From then on, all rings will include a piece of every Academy class.

Anyone who wishes to donate a class ring should send it to the Association of Graduates. Donated rings can be claimed as a tax deduction. Donors will be provided a letter acknowledging the gift and noting that an average replacement cost for a ring is approximately $1,000. If you believe your ring is of higher value and wish to have proof of this for tax purposes, please have your ring appraised before you send it to the AOG.