The latest addition to the Academy's colored heritage, the Southeast Asia Memorial Pavilion stands as a reminder that the Long Blue Line lives to protect the nation, stand against tyranny, and to ensure freedom. 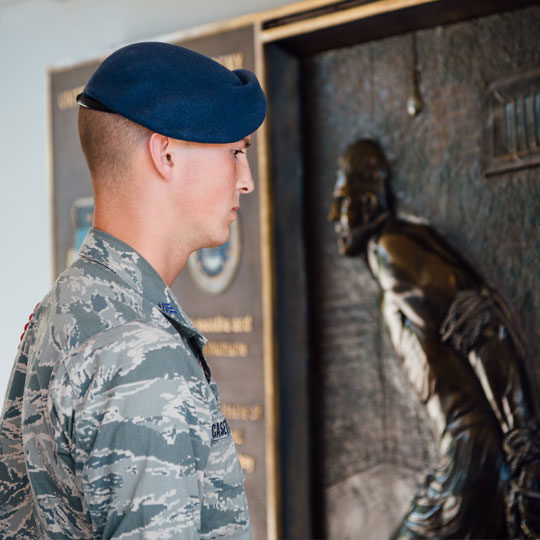 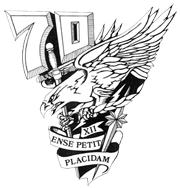 The structure sits at the edge of the mesa on the north end of the Heritage Trail, where it overlooks the Academy campus. A long black granite wall forms the eastern perimeter, its polished finish a strong rendition of the National Vietnam Memorial in Washington DC.

The monument also serves as an example of graduate class giving in support of the Academy. During their 35th reunion, the Class of 1970 made a commitment to design, build and dedicate a memorial to honor those graduates who served and died in the Vietnam War.

Watch video from the dedication ceremony of the new Southeast Asia Pavilion ... 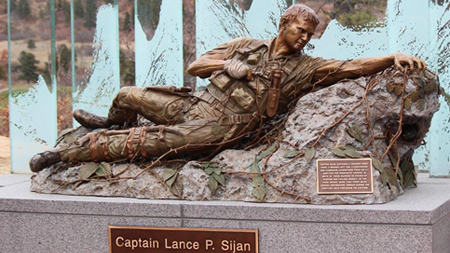 Adjacent to the Southeast Asia Pavilion ... 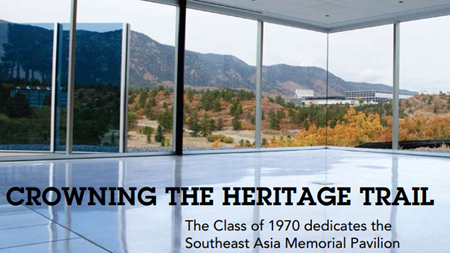 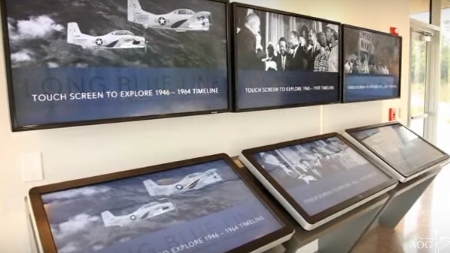 Be sure to experience the interactive kiosks and fly the missions along side our grads as they take to the skies above Vietnam ...