From the heart of the Long Blue Line

Don Raines’ Air Force career included Basic Cadet Training at the Academy, graduation with a handshake from Vice President George H.W. Bush, serving as a Tactical Air Command (TAC) Desert Warrior, and retirement after 20 years of service with the rank of lieutenant colonel.

Six Academy cadets — all history majors — had an opportunity to visit historic battlefields in Europe this summer as part of the Face of Battle Staff Ride. The trip was funded by Lt. Col. (Ret.) Don Raines ’86 through the United States Air Force Academy Endowment.

“I hope this trip really starts their transformation from cadets to young officers,” Raines says. “Visiting those battlefields makes the books and lessons come alive. Seeing the cemeteries really makes you think about the decisions that officers had to make, from generals to lieutenants. It’s no longer war games or books to read in the dorms, it’s the reality of becoming a warrior in the profession of arms.”

Raines admits that he was struggling at the Academy when he turned his attention to the study of history.

“History saved me at the Academy,” Raines says. “I was a struggling cadet on academic and aptitude probation when I discovered the history department. It sounds cliché, but suddenly the Academy made sense — studying warfare, leadership, doctrine — all from officers who were authors and experts (Robert Owen, Mark Clodfelter, Mark Wells). Within one semester, I went from academic probation to the Dean’s List; within another semester I moved from aptitude probation to the Comm’s List. That was 30 years ago and I still read 20+ history books every year.”

As a student of history, Raines developed a fascination for the Napoleonic era.

“One of my favorite classes was History 495, Napoleonic Warfare, taught by Capt. Mark Wells [later Brig. Gen. Wells]. It started a career-long collection everywhere I went around the world of Napoleon memorabilia,” he says.

Over the last 30 years, Raines collected more than 1,000 leather-bound, antique books on the Napoleonic era, including two that bear the cipher of Empress Marie Louis, Napoleon’s wife, from her personal library in Austria. Two additional volumes were in Napoleon’s library when he was in exile on the island of St. Helena. Raines’ collection also includes several swords, victory medals from Waterloo, and artwork prints, including one signed by Napoleon. Raines plans to donate his collection to the USAFA library.

Raines is pleased to be able to give back to the Academy by funding the staff ride for the six cadets and is already thinking about supporting future trips. “Although I’m hoping in the future more grads will pitch in to help with the finances!” he says.

“Within a year or two these cadets will all graduate, and odds are within another year or two many of them will be making life- or-death decisions on their own battlefields. That’s what visiting in person does — walking the terrain, imagining the battle, pondering how you would react. It starts to bring it home that time at the Academy is almost over and the time to lead in battle is drawing near.”

Read about the cadets who experienced the Face of Battle Staff Ride that was sponsored by Don Raines in the article Treading on Hallowed Ground. 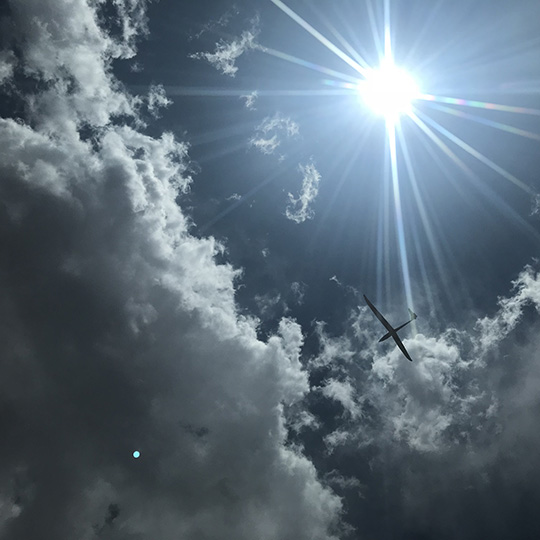