Strengthening the legacy of the Long Blue Line

The Air Force Academy is hallowed ground for Lt. Col. (Ret.) Dana Arbaugh ’70. Arbaugh recognizes that the rigorous training he received as a cadet not only prepared him to be a successful Air Force officer, but also affected every aspect of his life.

Arbaugh served in Vietnam as a navigator and during the Cold War in Germany, and he had a successful high tech career in California’s Silicon Valley. He has been married to his wife Linda for 49 years.

Arbaugh believes that every Academy graduate should feel motivated to give back in some way to help strengthen the legacy of the Long Blue Line.

“As cadets and officers, we all developed a keen sense of duty,” Arbaugh said. “Without a doubt, those of us who clearly see the nexus of Air Force Academy graduation to life’s successes have a duty to both give back and influence fellow graduates to do the same.”

In addition to contributing to the Air Force Academy Fund, Arbaugh has also made supporting gifts for the creation of the Southeast Asia pavilion, the Heritage Trail, men’s rugby and the Bolt from the Blue bronze sculpture displayed outside the entrance to Doolittle Hall at the Air Force Academy.

Arbaugh’s support has earned him a place in the Guidon Society, recognizing cumulative giving of $100,000 or more to Academy and cadet programs. He and his wife have also included support of the Academy in their estate plans, which qualifies them for the Polaris Society.

“I have observed classmates and graduates who have done extremely well in both the Air Force and private life give back far more than I. This motivated me to emulate them,” Arbaugh said. “Graduates also need to view both the mission of USAFA and USAF as being vitally important to the well-being of our country.” 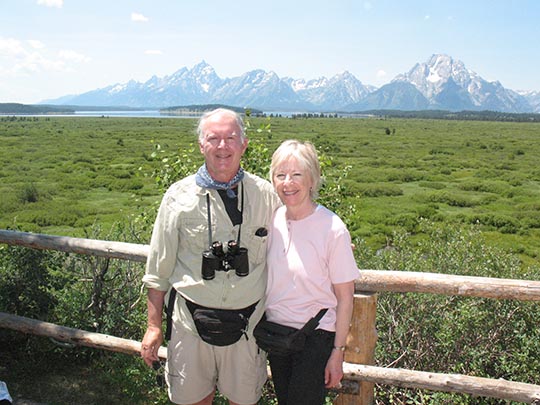