The late Lt. Col. Ida Widmann’s legacy of improving the diversity of the Cadet Wing is being continued with an endowed fund in her name.

The Lt. Col. Ida Lee Widmann Endowed Fund for Admissions will be available for use by the Academy Directorate of Admissions later in 2018 after Widmann’s husband, Col. Robert Widmann ’90, created the fund in honor of his wife, who died in August 2017.

“We have specific recruiting programs that focus on financial need. It’s not automatic for them to see themselves here,” says Col. Arthur Primas ‘92, director of admissions.

“That was Ida’s focus in everything that she did.”

Widmann, who graduated from the Academy in 1991, was deputy chief of the Outreach and Liaison Division of the Academy’s Directorate of Admissions.

“She came out of a very challenging background,” says Larry Jones ‘82, deputy director of admissions. “The Prep School and the Academy did great things for her to help her be successful. Her whole being was to give back and give others the same opportunity.”

The Admissions team is brainstorming the best use of the funds, Primas says, and they will be targeted toward helping expose a more diverse population to the opportunities at the Academy. One such program that the office administers currently is the Falcon Visitation Experience, where 20-30 candidates go through a four-day immersive program to help them see how they could fit in at the Academy.

Give a gift online to the Lt. Col. Lee Widmann Endowed Fund for Admissions. 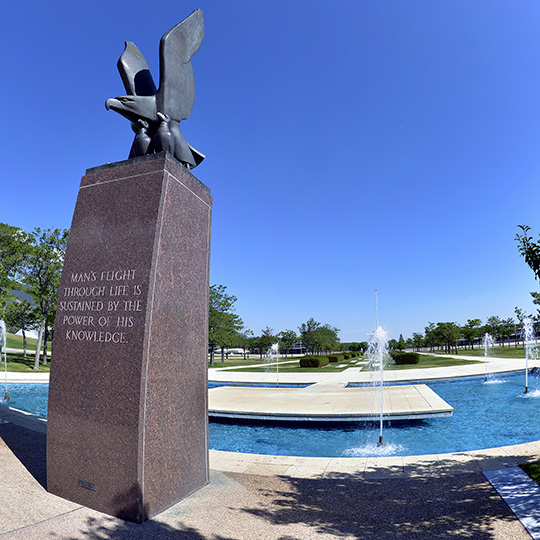