Col. Luke Sauter ’02 raised his right hand and recited the Oath of Office, becoming the first Space Force permanent professor at the Air Force Academy nearly two and a half years after the Space Force was created.

Col. Sauter, Academy astronautics department head and permanent professor, transferred from the Air Force to the Space Force during a ceremony Friday, April 29, at Polaris Hall. He will continue to teach and lead the Department of Astronautics.

“It has been an incredible point of pride for our entire astronautics department to play a role in developing space-focused officers for decades here at the Academy,” Col. Sauter said. “It is certainly a historic day to have our first Space Force permanent professor assigned. I hope there will be many more to follow. To say I’m incredibly honored would be an understatement.”

He joked that as much as he’d like to have a satellite travel low and slow over the Academy, like F-16s do at graduation, he’s constrained by the laws of physics and has to settle for satellites 120 miles above the Earth traveling at 17,000 mph.

Brig. Gen. Linell Letendre ’96, USAFA dean of the faculty, presided over the transfer ceremony and administered the Oath of Office.

“It is about time we have a permanent professor for space,” Brig. Gen. Letendre told a crowd of roughly 100 cadets, faculty and staff. “It’s important that our cadets see guardians across our Academy and that they have the opportunity to speak with Col. Sauter and other leaders about the Space Force as they consider which branch of military service they would like to join. As our first Space Force permanent professor, Col. Sauter will bridge the gap between the needs of the Space Force and our curriculum as we build future leaders of character.”

The Space Force was created in December 2019 by then-President Donald Trump. The Air Force Academy is the service academy for both airmen and guardians and graduated nearly 200 into the Space Force since 2020. Almost 100 more will join them when the Class of ’22 graduates next month.

Col. Sauter was an assistant professor of astronautics at the Academy from June 2007 to September 2009, returning to the same role from June 2017 to July 2018 before becoming permanent professor and head of the Department of Astronautics in July 2018.

While at the Academy, Col. Sauter was an executive officer that directed a capstone sounding rocket program that flew to a collegiate record of 106 km altitude.

He has also held various technical leadership positions in the Air Force, working at the National Reconnaissance Office, in the Imagery Intelligence directorate and as a legislative liaison. 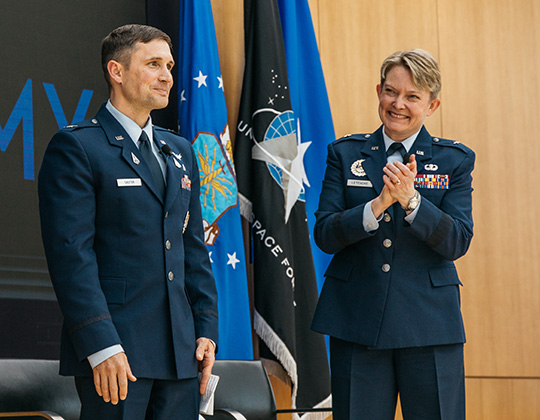 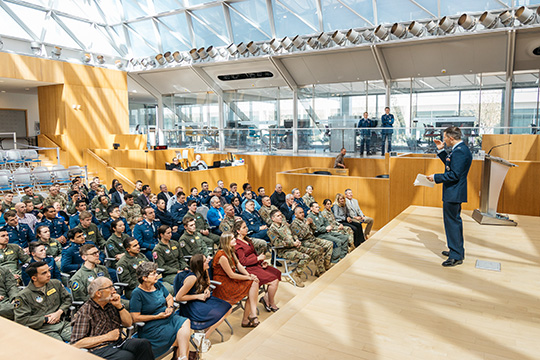