The women’s water polo team at the Air Force Academy found a benefactor and a more certain future in a founder of the team.

Kelly Kemp, a 1974 graduate and former water polo player for the Academy, created the Lt. Col. (Ret.) Kelly Kemp ’74 Perpetual Fund for Women’s Water Polo in 2017 to help the cadet athletes focus on their competitions instead of coming up with money to keep the team active.

He helped create the team in 1983 when he was a coach at the Academy.

“I just wanted to make sure they were covered, at a minimum starting point, for the entry fee on an annual basis. They can keep playing without stressing over the membership dues,” Kemp says. “I would like them to be able to concentrate on their practices and improve via competitions to qualify for nationals.”

The perpetual fund, once it is fully vested, will pay annual Collegiate Water Polo Association membership dues for the women’s water polo team. Any extra funds available will be applied to the team’s other operational needs. Kemp wanted the team to have a stable foundation for funding instead of relying on Academy budgets that may change or sporadic donor funds.

While he is a fan of the sport and the women’s team, Kemp is an even bigger believer in the importance of athletics for cadets.

“Cadet sports in general allowed me to get through the Academy and continue to perform or coach. It was huge,” he says. “I was able to compete and travel with the team. The team makes everything. The camaraderie — that’s what it’s all about in my mind.” 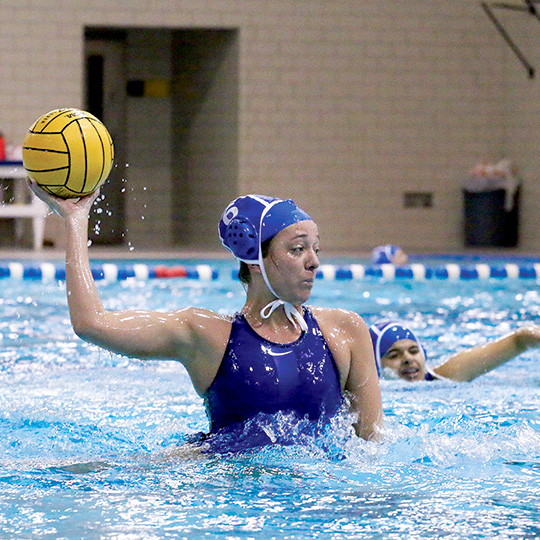