Five USAFA graduates have been named as this year’s honorees for the Association of Graduates’ Young Alumni Excellence Award. The award recognizes graduates for exceptional professional accomplishment, whether in military or civilian life. Nominees must be within 15 years of their graduation year to be considered. This year — just the second year for the new AOG award — 13 nominations were received, and the nominees’ graduation years ranged from 2003-2011. Seven nominees remain on active duty, while six are now civilians. The winners will be recognized at regional Founders Day banquets this spring. 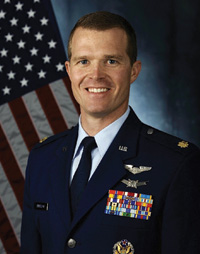 Currently working with the Global Positioning System Program Element Monitor Space Programs Directorate Office of the Assistant Secretary of the Air Force in Washington, D.C., Anderson recently completed a White House Fellowship where he served as a special assistant to the First Lady and directed the “Joining Forces” initiative — a national program focused on the military and veterans. He previously served as a program director for the Air Force Rapid Capabilities Office where he led a small team creating a highly classified system that fuses Air Force capabilities with other Department of Defense and U.S. government agency efforts supporting missions of highest national priority. His varied career as an Air Force acquisition officer has been devoted to transitioning the most advanced technologies into fielded systems that support U.S. military capabilities and in some cases civilian applications. He volunteered to deploy as an electronic warfare officer during Operation Iraqi Freedom and provided critical technical assistance to 185 roadside bomb disposal teams throughout Northern Iraq, earning the Bronze Star Medal. He then served as a flight test engineer for the Air Force Test Center and commanded a team testing combat enhancements to Air Force bomber aircraft. In this role, he was the chief test director for the recent X-51A hypersonic air vehicle program. Additionally, he was selected as an executive officer for the Air Force Scientific Advisory Board where he organized site visits and provided technical insight for multiple scientific assessments that informed Air Force policy decisions. He was also selected as a participant in the National Defense University’s Program for Emerging Leaders, a three-year fellowship that exposes rising government leaders to challenges of combating weapons of mass destruction. His volunteer passions include mentoring youth and young adults to become active participants in society. He is a dedicated math teacher and leadership seminar facilitator for inner-city middle school students and has volunteered with numerous homeless outreach programs. Recently, he created and led volunteer recruitment campaigns on two DC military bases to help connect service members to local volunteer opportunities. He is an avid CrossFit fitness trainer athlete and competition judge and most recently competed in the 2015 CrossFit Open. 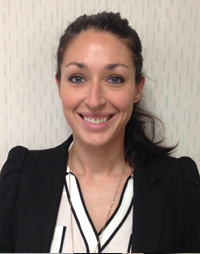 After graduating as a cadet squadron commander and the outstanding cadet in Political Science at USAFA, Biggers spent the next two years completing a master’s degree in public policy from University of Maryland. She attended intelligence officer training at Goodfellow AFB and finished as the “Top Graduate” in her class of 18. Stationed with the 347th Rescue Group at Moody AFB, she twice deployed with HH-60 rescue units supporting more than 1,200 combat sorties in Iraq and Afghanistan. Her mission reports were lauded as “the best in AFCENT.” She served as battle captain for three real-world Personnel Recovery missions returning seven to safety. After her second deployment, she was tapped to author the syllabus for ACC’s Rescue Intel formal training. She was recognized by the group commander as his #2 of 17’s, the epitome of professionalism; and a year later regarded her the #4 of 89 captains. After earning “Top Graduate” at her A-10 Intel training class, Biggers headed to Germany to support fighters at Spangdahlem AB. Shortly thereafter, and despite only being a captain, she was handpicked to return to Kandahar to be the senior intelligence officer for the wing where she supported 8,600 OEF combat missions, edited more than 6,300 mission reports and overhauled the Intel shop to improve integration with base defenders during the peak of the OEF surge. The expeditionary wing commander recognized her as his #1 of 204 CGOs. Without respite, she returned to serve as the Ops Group Executive Officer managing 450 performance reports, 144 awards packages and 11 DV visits. After years on the warpath. Capt. Biggers was stationed at Maxwell AFB where she leveraged her operational experience to shape young captains. Never settling for routine, she led the CGO Think Tank program, where she ultimately briefed the AETC/CC on mental health solutions which were implemented at Squadron Officer College. As an SOS instructor, she served as a mentor for the program. She twice was awarded the Meritorious Service Medal as a captain. Erin separated from active duty in 2014. Erin continues to serve her country as a consultant for Matrix International, where she provides direct support to interagency operations against emerging high-priority threats. In addition, she ran marathons, completed an lronman competition and traveled the world with her husband Jarett Biggers ’03. 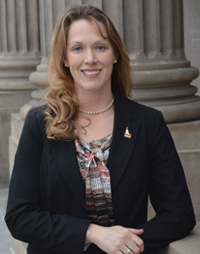 Maj. Priscilla Giddings was elected in November 2016 to the Idaho House of Representatives. She unseated the incumbent in the primary and then won the general election with 70 percent of the vote. As a first-term elected representative, she serves on the Local Government Resources & Conservation and State Affairs committees. Following her USAFA graduation, Giddings attended pilot training and was awarded an A-10 assignment. She served as one of the few female fighter pilots and deployed to CENTCOM on three combat deployments. She followed her A-10 assignment with a career-broadening assignment flying intelligence surveillance and reconnaissance (ISR) missions. She separated from active duty, transferred to the Idaho Air National Guard and served as an air liaison officer, before assuming her current military duties as the USAFA/ROTC Region 3 admissions liaison officer division chief. She also volunteered to resurrect a stagnant local AOG chapter and assumed the duties of president. She helped lead the chapter’s revival and helped the chapter attain its 2016 Distinguished Chapter distinction. Her civilian occupation is as a commercial/corporate/contract pilot. In addition, Giddings volunteers as a World Powerlifting Congress national referee, and she completed the Boise lronman 70.3 Triathlon in 2013. 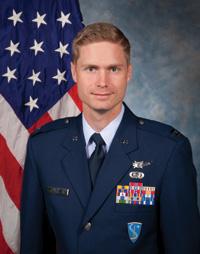 Capt. Shaun Lee currently serves as assistant director of operations for the 450th Intelligence Squadron at Ramstein Air Base, leading an 89-airman team planning and analyzing intel collection over three continents. His team’s innovative fusion analysis techniques spurred target development and battlefield effects as part of what the Combined Forces Air Component Commander called “the most precise air campaign in history.” Testament to his team’s impact, Capt. Lee represented his squadron at the Air Force Association receiving the Air Forces 2016 General George Kenney Award. Previously, Lee managed Air Force National-Tactical Integration, a $4 million and 178-airman Air Force intel program, and led intel training for NATO Allied Air Command. In 2012, Capt. Lee was selected to deploy to Afghanistan for a year as executive officer to the ISAF Deputy J2. While deployed, he also stood up a NATO SOF ISR team directing intel collection for coalition task forces. He received the Bronze Star Medal and was named the Air Force ISR Agency’s 2012 ISR CGO of the Year. He completed his master’s degree in Intelligence Studies in 2010 and graduated Squadron Officer School in 2014 as the top graduate of 637 students and was presented the Commandant’s Leadership Award. Among his military awards are the 2013 NATO Allied Air Command Lance P. Sijan Leadership Award: the 2013 NATO Allied Air Command General John P. Jumper Warfighter Integration Officer of the Year honor; the 2012 NATO Allied Air Command Company Grade Officer of the Year Award; and the 2010 Air Force ISR Agency Maj. Gen. John S. Patton Outstanding Active Duty ISR Officer of the Year award. In addition to leading intel airmen, he enjoys serving the community alongside his wife Kaitlin ’07 — an Air Force pediatric dentist. Since graduating, Capt. Lee and his wife have facilitated multiple children’s dental clinics, including a weeklong trip to rural Guatemala in 2009. He also has mentored youth as part of Big Brothers Big Sisters local school visits and college fairs. He and Kaitlin are active leaders in their church and host a weekly Bible study for 10 families. 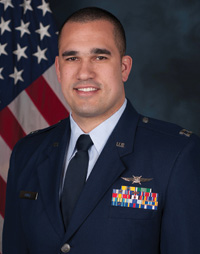 Capt. Gilberto S. Perez was selected by his Falcon football coaches to remain at USAFA post-graduation and commissioning to serve as an assistant coach. Gilberto was charged with recruiting, coaching and mentoring cadets as they made the transition into adulthood and became leaders in our Air Force. Following his assignment at USAFA, Capt. Perez served as a communications officer at MacDill Air Force Base in Florida. While there, he graduated as the No. 1 graduate in Basic Communications Officer Training. He was charged with leading 77 airmen in the operation and maintenance of MacDill’s $77 million communication network. During his tenure at MacDill, Capt. Perez was deployed to Bagram Air Base in Afghanistan where he maintained combat communication capability for more than 100,000 U.S. and Allied military personnel. Capt. Perez’s efforts were key to battlefield command and control by providing an avenue for our military to communicate its needs, problems and solutions. Capt. Perez’s efforts captured the attention of the MacDill wing commander, who in 2009 hired Perez as the 6th Air Mobility Wing executive officer. Capt. Perez continued his tradition of mentoring young men and women and volunteered to serve as a USAFA admissions liaison officer. Following Capt. Perez’s assignment to MacDill, he moved to Warner-Robins Air Force Base, Georgia. He was the acting squadron commander where he continued to provide unrivaled deployable communications support to the warfighter. Additionally, he continued to positively affect lives of those around him. While attending a meeting, Perez noticed an individual at his table was choking and he performed the Heimlich Maneuver and saved the individual’s life. These actions earned him the 2012 Air Force Space Command Safety Award. Capt. Perez earned a spot at the United States Marine Corps Expeditionary Warfare School. He represented our Air Force in such a positive manner that he was chosen to work for the White House as a member of the White House Communications Agency. While awaiting clearance for his job serving our Commander-In-Chief, Capt. Perez served as the chief strategy officer at the Joint Staff Support Center in the Pentagon. Once brought aboard at the White House, Capt. Perez was charged with leading a 75-person team delivering uninterrupted communications support to the president. His team also provided support to the vice president, First Lady, National Security Council and numerous other agencies. Capt. Perez organized an officer professional development conference, which was attended by CGOs from multiple Air Force bases. For his efforts, Capt. Perez earned the Lance P. Sijan Award for the Air Force District of Washington. Additionally, Capt. Perez has partnered with his brother to establish and self-fund the Perez Brothers’ Scholarship. Over the past decade, this scholarship has provided students of Leto High School — Perez’s alma mater — the opportunity to receive a partial scholarship to attend college.