The incident that changed Mark Wise’s ’07 life took place on 24 October, 2009. Wise came from an Army family but, after a visit to the Air Force Academy, he was sold on the blue skies and opportunities available to him at USAFA. Upon graduation he was commissioned into the Army and completed schooling that earned him his Ranger and Airborne tabs. His first deployment was with the 4th Brigade, 4th Infantry Division, to Zari, an area outside of Kandahar, Afghanistan , and (ironically) the birthplace of Taliban founder Mullah Omar.

On the day of his injury, Wise and his platoon had gone to secure a compound off a main highway where they were constantly coming under attack from Taliban forces. They engaged in a firefight. While Wise was maneuvering between a trailing squad and his lead unit, his radioman, Pfc. Devin Michel, stepped on an IED. Forty pounds of homemade explosives detonated with the two warriors separated by less than a meter. Pfc. Michel was killed instantly. The blast blew Wise back several meters. Blinded by the sweat and blood in his eyes, the young Army Captain felt his chest and immediately recognized that his body armor was completely gone—his situation dire. Wise called for help in the chaos, and while still conscious gave directions to his comrades to facilitate his evacuation. He was quickly airlifted to Kandahar Airfield. Upon arrival he blacked out.

Nine days later, Wise awoke from a medically induced coma half a world away at Walter Reed Army Medical Center in Bethesda, Md. He was surrounded by family and friends, a network of people he credits for his recovery. Wise was intubated for the entire first month of his treatment at Walter Reed.

Wise goes on to recite an exhaustive list of his devastating injuries—two reconstructed knees, massive tissue damage to his left forearm and shoulder, three fingers amputated on his left hand, all the orbital bones around the left eye socket broken, severe injury to the left eye leaving him with only peripheral vision, both eardrums blown out and a hole in the face—he concludes matter-of-factly, “So, all in all, I’m very fortunate to be alive.”

Wise has endured nearly 30 surgeries in the wake of his injury. However, he found his most difficult challenge to be enduring life in the hospital.

“I was very uncomfortable and unhappy being in a hospital situation,” he explains. “You go from being an active leader in combat to suddenly being so very dependent on other people.”

The day he saw the damage to his face for the first time, Wise was in a very dark place mentally. Then-Vice Chief of Staff of the Army, Gen. Pete Chiarelli happened to be making his rounds through the wards of Walter Reed. Chiarelli spoke to Wise and told him about Operation Mend, a partnership between the United States military, the Department of Veterans Affairs, and UCLA Health—a collaboration that provides plastic surgery and other medical treatments to veterans wounded during combat. Chiarelli said if Wise could walk out of Walter Reed, and get to UCLA under his own power, he would be entered in the program immediately,

“My goal shifted to being able to get up and move so I could have that surgery because I didn’t see myself in the right light,” explains Wise, who did meet Chiarelli’s challenge and receive the treatment at UCLA. “After being torn away from my responsibility as a leader and being put in a hospital, I thought that my new role in the Army as an officer had to be advocacy for other veterans. You face a lot of challenges going through the hospital system, bureaucracy, policies and systems being out dated or not the best fit. As an officer, I had an opportunity to voice problems and concerns and to challenge the existing system when junior enlisted members maybe could not.”

Part of Wise’s reintegration to life included going to Georgetown to pursue an MBA. In February of 2010, just a few months removed from his injury, his wife drove him to the GMAT testing facility. His limited ability to walk was tested as he maneuvered from the entry of the building to the testing chair.

While still in the hospital, Wise saw an advertisement for an Army 10-mile run, which fell on the one-year anniversary of his “alive” date and was inspired to participate. The physical rehabilitation to get to the point where he could compete was grueling. Eventually he improved to the point where he could train for the run each morning with his wife. The workouts pounded his reconstructed knees but Wise soldiered on and eventually would conquer the 10-miler. It was an important step toward completing the physical challenges yet to come.


I think the mental preparation ties back to my military experience even going back to being a cadet. 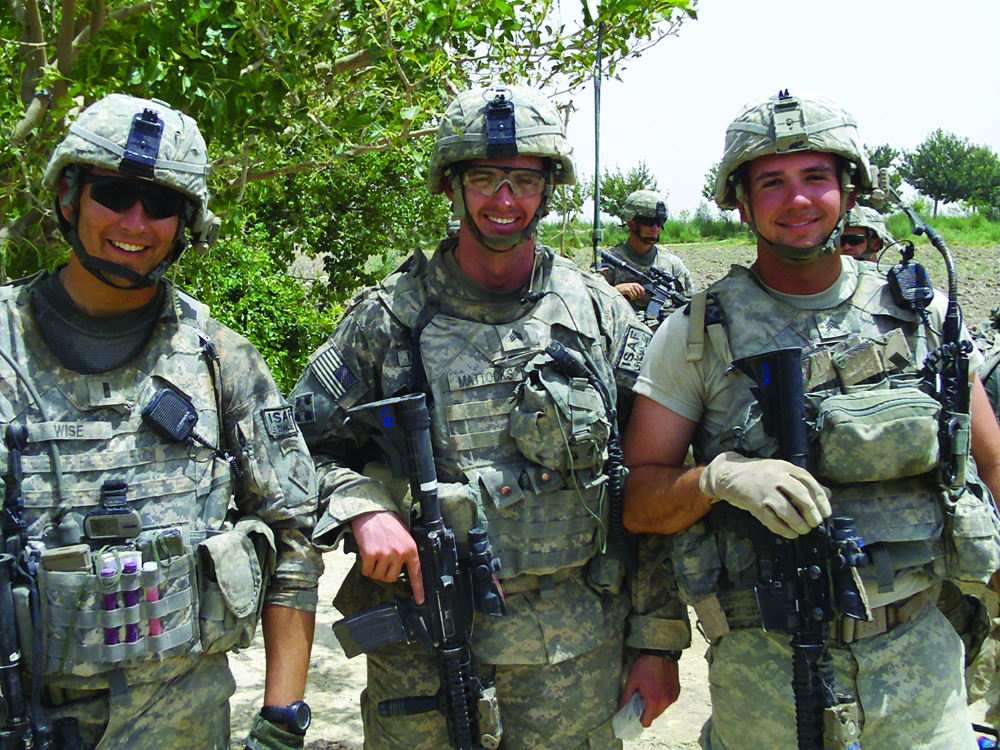 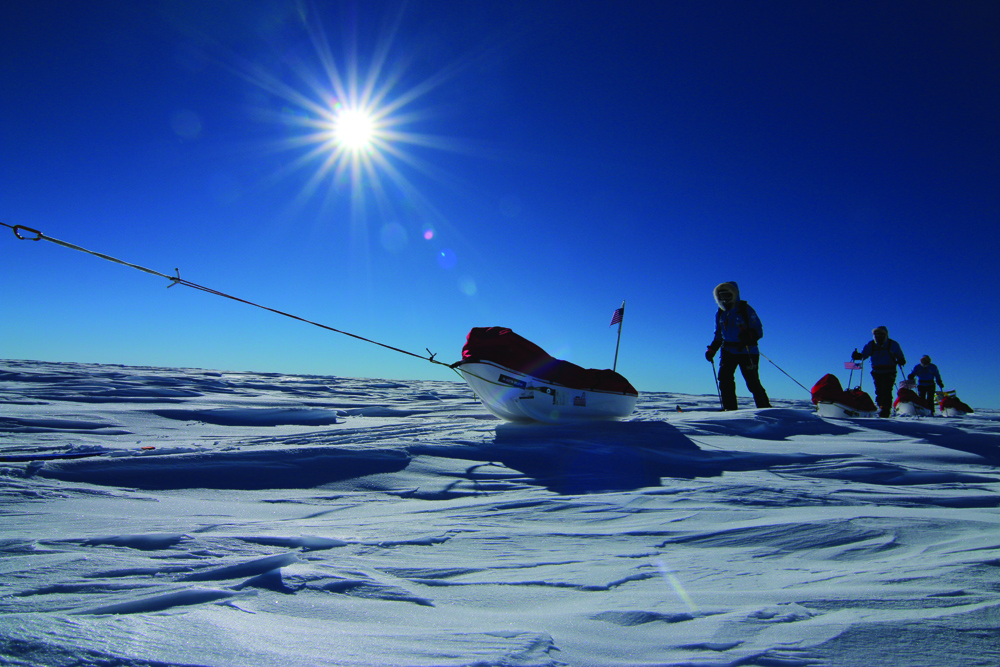 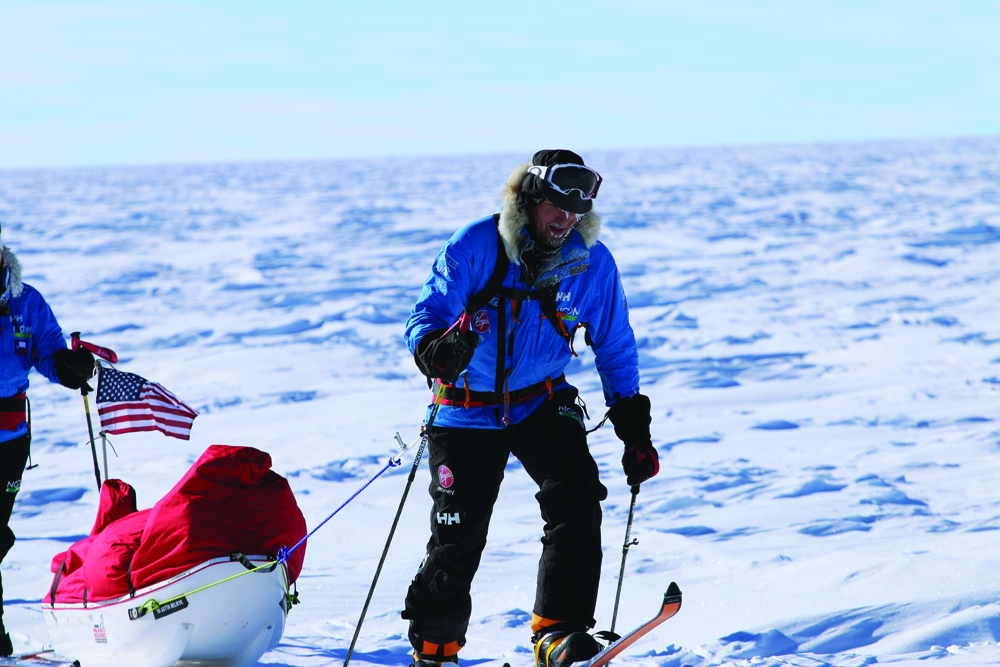 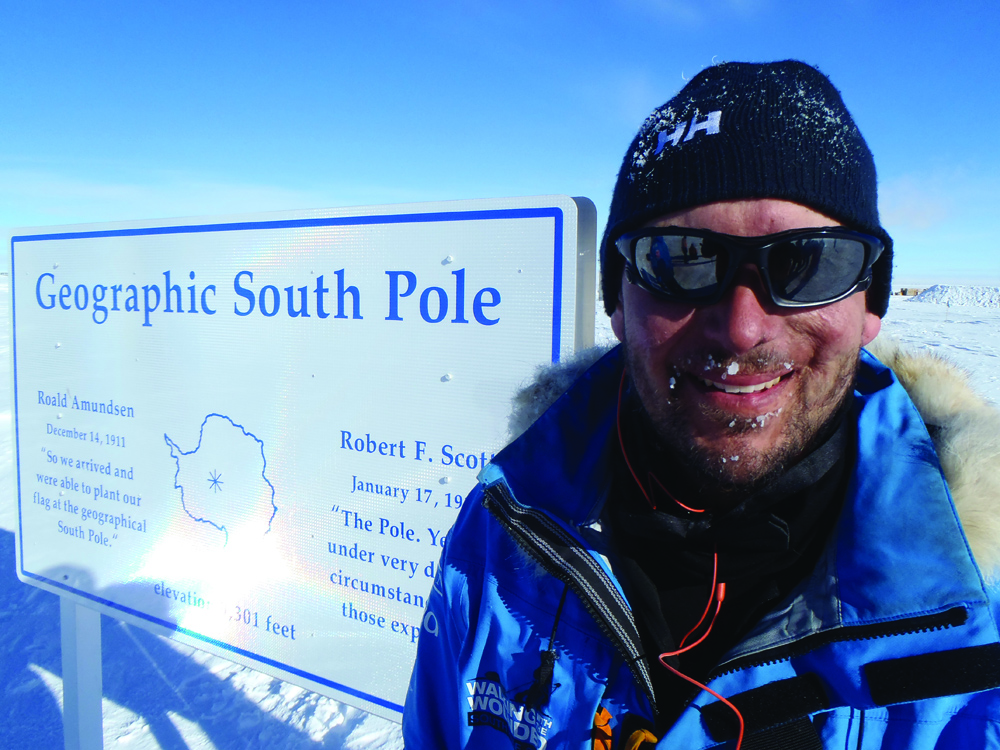 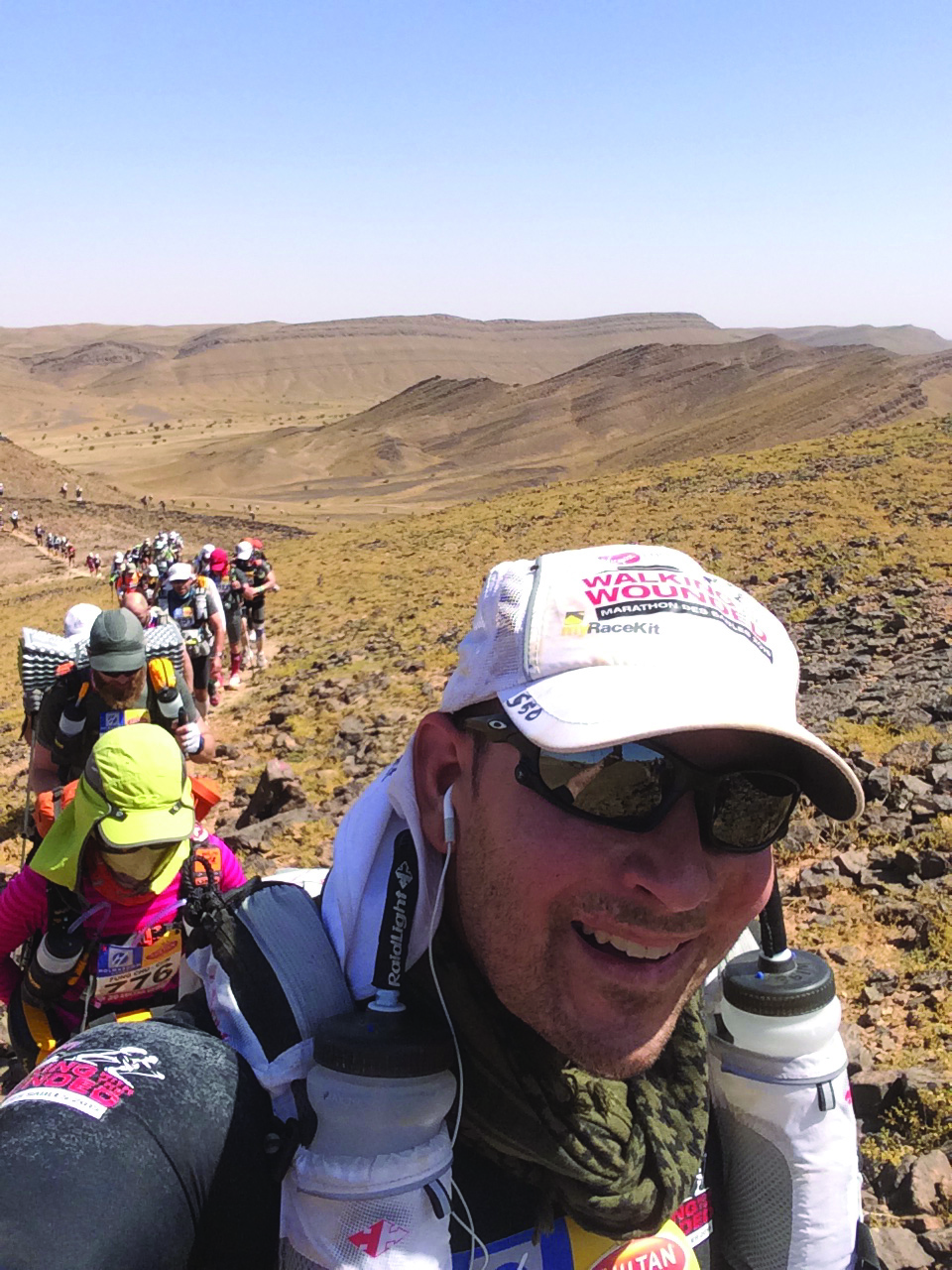 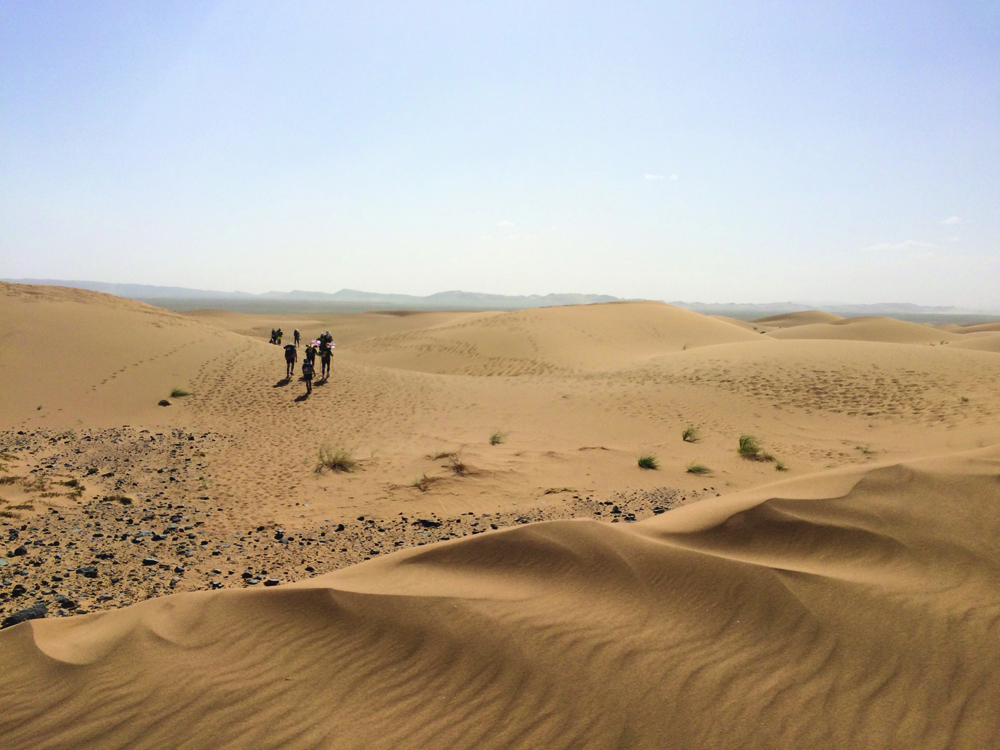 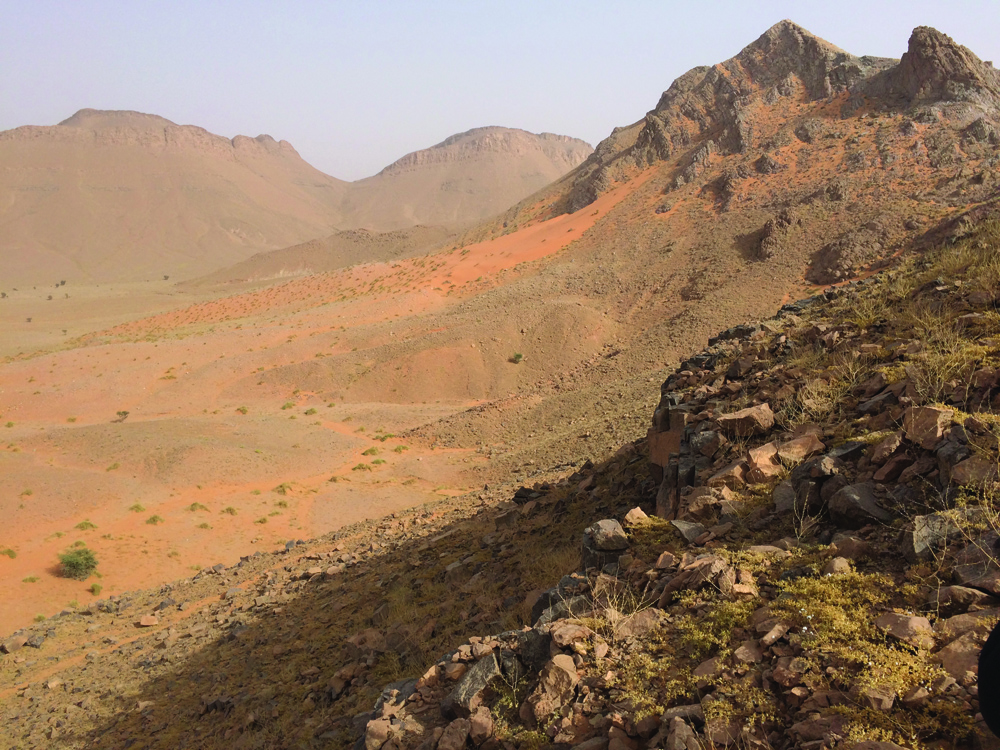 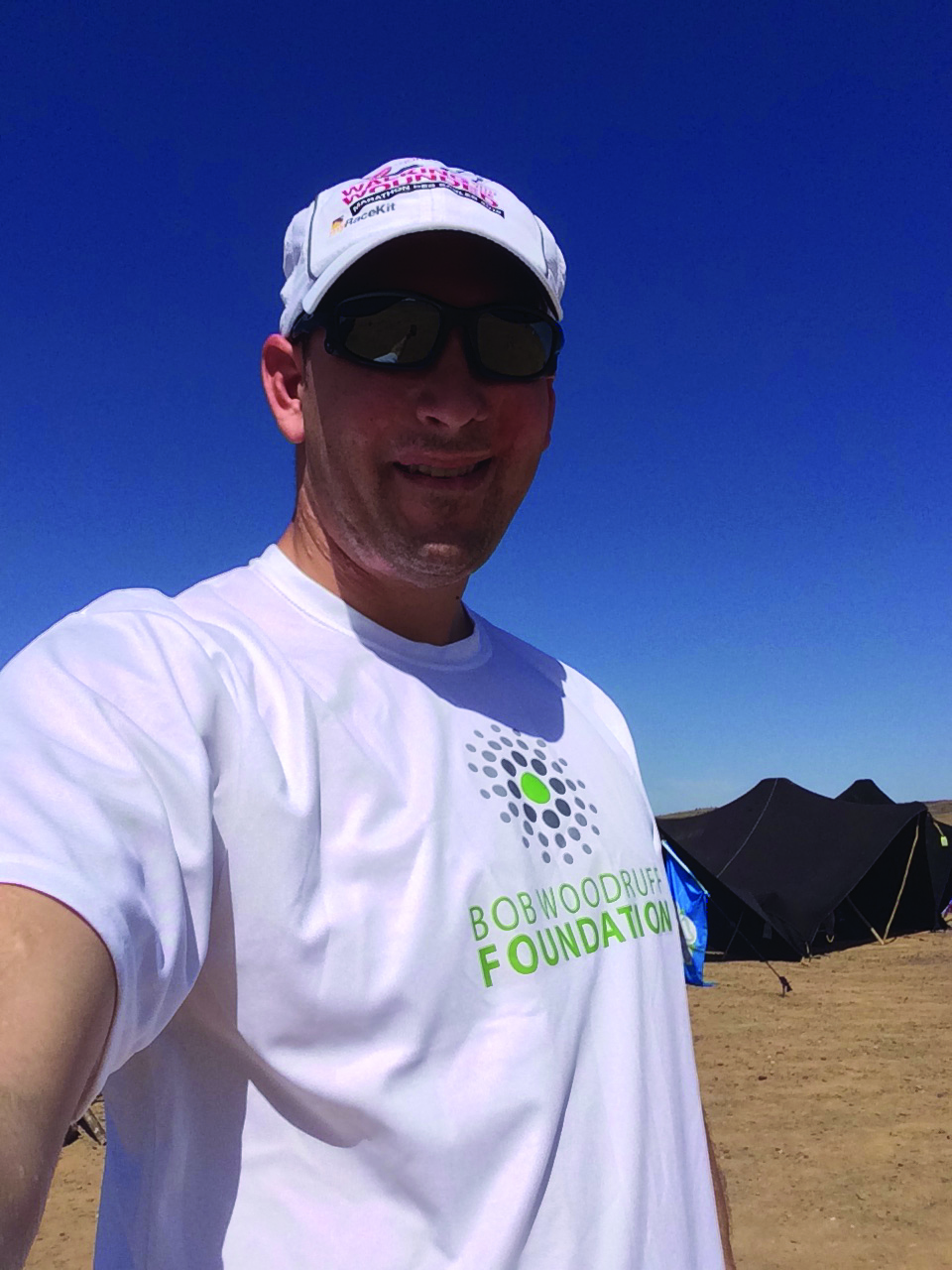 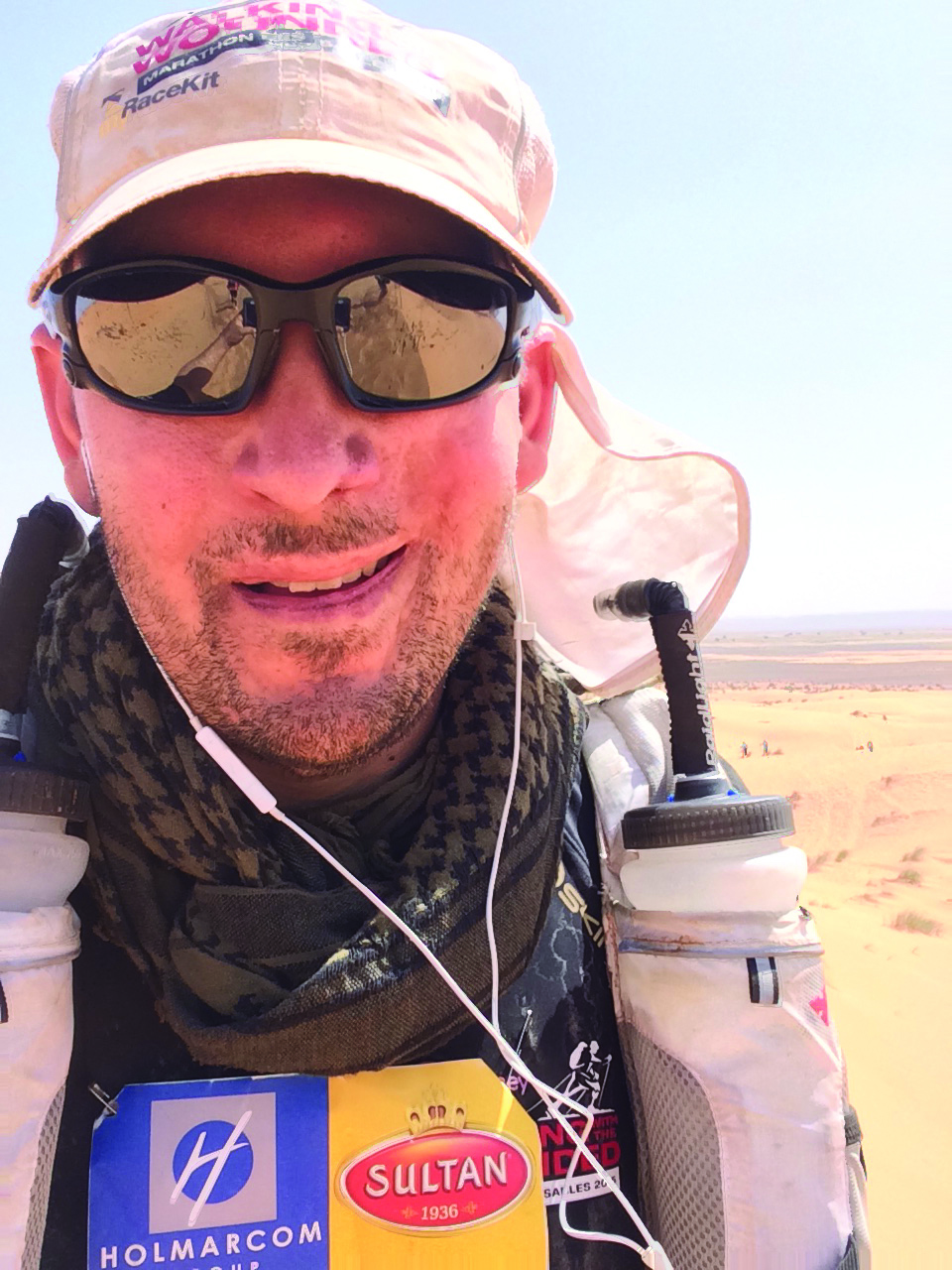 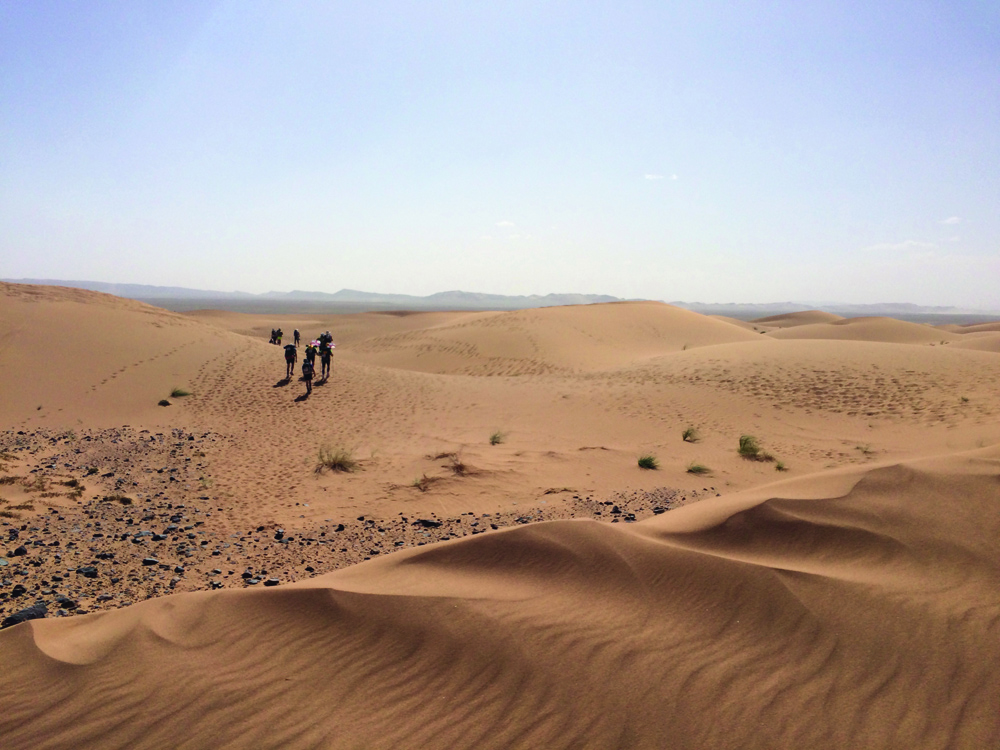 Wise has fully embraced an advocacy role, speaking on behalf of veterans to impart changes in rehabilitation protocols, and seeking improved opportunities for veteran internships and continuing education. He has done so by participating in physical challenges like the South Pole Expedition with a British nonprofit called Walking with the Wounded (WWTW) and a U.S. charity called No Barriers.

In 2013, Wise accompanied other wounded veterans and Prince Harry of Wales on a 13-day, 250-kilometer journey to the South Pole to raise funds that help WWTW re-skill wounded veterans as they return to civilian life. Wise and his mates walked in a single file line for 12 hours each day—two hours at a time followed by a 10-minute snack break. The isolation of the challenge was unlike anything Wise had experienced.

“Mentally, it is a unique environment,” Wise says. “There really is no visual stimuli on the South Pole because it’s on the polar plateau. It’s absolutely flat. There are minor variations in the contours of the ground because the wind blows some of the ice and snow around—that’s called “sastrugi.” It’s just wave after wave of ice.”

In his next major adventure, Wise teamed up last April with the Bob Woodruff Foundation (who sponsored his trip) and a 19-person WWTW team to take part in one of the most grueling physical challenges in the world, the Marathon des Sables. The event is a 156-mile hike through the Sahara Desert of Morocco with a 5,000-foot elevation gain over the course of six days. It was another opportunity for Wise to pick up the mantle of advocacy for veterans.

Wise said the two events were “polar” opposites (pun not intended). With heat reaching 120 degrees F, about one-third of the mountainous, sandy terrain was comprised of sand dunes. Due to the heat and the distance, Wise said that the most important aspect of the challenge was to remain acutely aware of his physical condition at all times.

“I think the mental preparation ties back to my military experience even going back to being a cadet,” Wise says, “training the right way, monitoring progress, making adjustments and responding to the environment—whether that was SERE training between freshman and sophomore year or my time in the Army Ranger school.

Wise said the most difficult stage was day four, an unforgiving 92-kilometer course that had to be finished within 36 hours. After 22 hours of climbing mountains, running down dunes and crossing salt flats, Wise vividly remembers the extreme exhaustion he felt after arriving at the final rest point.

“There was a gorgeous sunrise as I climbed a small hill toward the final entry back into camp,” Wise recalls. “I went into a little Bedouin tent they had set up for participants to get water and eat. I was shivering cold. My body was reacting to the physical exertion. I immediately hopped in my sleeping bag and shed my wet clothes. I was trying to warm up. I passed out and got a couple hours of sleep before doing some repair on my gear and knowing there was still another 40 kilometers to finish the race!”

It took Wise 54 hours to complete the challenge. With his knees swollen, and skin grafts severely tested beneath the blazing sun, he had conquered yet another remarkable challenge.

What was more demanding? The frigid temperatures of Antarctica or the intense heat of the Sahara? Wise believes it was the Marathon des Sables.

“I just attribute it to the way my body responded to the conditions,” he explains. “Both are challenging but the distance really took the toll on my injuries, the knees, the thigh. Some of the amputation and upper body injuries impacted me more at the South Pole with the extreme cold. I had a bunch of tendons transferred into my left hand to give me movement in the two remaining fingers, so those would immediately just go, and I couldn’t use my left hand for anything.”

Wise plans on continuing to advocate for veterans and he wants to stress the importance of a strong network of family and friends, and—in particular—the impact those associations have had on his life after the military.

“My friends and classmates coming out of the Academy helped shape who I am as a person, and they have played a vital role after my injury itself, through my recovery, and now as I pursue advocacy on almost a daily basis,” Wise says. “It’s tremendous and so I’m always grateful to the Academy for having brought together such a great community of people.”

In September 2018, Walking with the Wounded completed the Walk of America. 1000 miles. 97 days. 6 veterans. All in the name of military mental health. Learn more and stay update with the latest efforts at wwtw.org.uk.