Toward the end of his Doolie year, Mike Thirtle ’90 and his roommates hosted a visiting athlete in their dorm during a weeklong Special Olympics competition at USAFA.

“I have to admit, the first time the athlete came into our room I was hesitant,” Thirtle recalls. “I’d never been around someone with intellectual or developmental disabilities and was unsure of how to interact.”

By the end of that week, Thirtle and his roommates were the athlete’s biggest fans and loudest cheering section. They had a tough time saying goodbye when the Special Olympics was finished.

“What it taught me in that short week was how wonderful these people are,” he says.

“They’re just like you and me … we all have our own abilities and disabilities.”

Fast forward three decades, and Thirtle’s career path has unexpectedly morphed into serving people with different abilities. For the past five years, he’s been president and chief executive officer of Bethesda Lutheran Communities, a Wisconsin-based nonprofit that cares for and supports those with intellectual and developmental disabilities across the country.

“Everyone has abilities and disabilities, and some of them are more obvious than others,” he explains. “It’s really about how we can help people and support them. But there’s no one-size-fits all when it comes to caring for these individuals. Our approach is tailored to each person. We love everyone.”

There was no indication early in Thirtle’s career that he would end up in the Air Force, let alone the nonprofit world.

Thirtle grew up in rural northern Illinois, and graduated from a small high school. “It was very uncommon for people to leave the state or even the local area to attend college,” he says, “or even go to college.”

“I’d never been outside rural parts of the Midwest,” he remembers. “The brochure had a picture of the Chapel and the cadets and the mountains. To see the glory of all that was really impressive. We took a family road trip to Colorado, saw the grandeur of the Academy and I fell in love with it.”

Thirtle quickly set the lofty goal of attending the institution. He strove to do his best academically and began working out to meet the physical standards required for admission.

“My parents, I think, thought I was a little crazy because I was so focused — it consumed my every waking moment,” he laughed.

He eventually became the first member of his family to attend college and become a military officer.

“It was a new frontier on many fronts — to go to college, to serve in the military, and to come from a high school that hadn’t yet had an Academy grad,” he recalls. “I was just so honored to be a part of this institution and to represent my family and community.” As a cadet, Thirtle was interested in flying, but his real goal was to learn leadership and to serve America. His first important lesson in leadership came during Basic Cadet Training when some of his upperclass cadre led by example.

“Great leaders are the ones who go down and do push-ups with you,” he explains. “And then do more push-ups than you do to motivate you to be even better. Poor leaders don’t do that. They stand over you and tell you to do push-ups.”

As a result of that lesson, Thirtle today tries hard to be a leader who works alongside team members to gain their respect and to motivate them.

Thirtle enjoyed numerous leadership opportunities during his four years at USAFA. He was an exchange cadet at the Spanish Air Force Academy; spent part of one summer in Guam; served as a ranger at Philmont Boy Scout Ranch; was his squadron’s honor representative; and was a group commander during his firstie year.

“I look back on my cadet years as excellent prep for what I’m doing today as a CEO in the health care space with COVID-19,” he says. “Literally, those roots here at USAFA taught me a ton about leadership and how to take care of people. And how to care for and protect them in the context of really challenging times.”

After graduation, Thirtle finished pilot training and eventually worked in the F-15 program at Wright-Patterson Air Force Base in Ohio. In addition, he attended night school to complete graduate degrees in business and economics.

A few years later, he left active duty and joined the Reserves. From 1995-98, Thirtle completed his Ph.D. with the Rand Corporation.

In his first civilian job, he joined PricewaterhouseCoopers as a senior consultant. Then, after a stint with McKesson Health in Chicago, Thirtle returned to the Rand Corporation as a senior policy researcher and consultant where he stayed for 14 years.

During that time, he was assigned to projects around the globe working on national security and defense issues. In addition, he spent a fair amount of time at his alma mater — advising the USAFA superintendent, dean and commandant on how to address various challenges.

“I really miss those days, because it was so fun to come out here and help people think about how to make the Academy better,” he recalls. “It’s an excellent place, but there are always opportunities to grow and to become better.”

In 2013, Thirtle started looking for a career change. He’d been a consultant for years, but he was itching for a different type of leadership role: more directly leading and impacting others.

An executive search firm contacted him about an opportunity at Bethesda, and he accepted an initial role as vice president of strategy and information technology.

“Through a series of events … after a year I was promoted to be the CEO of the organization,” he says. He suddenly became the leader of a nonprofit that was losing $40 million a year.

“It was very daunting,” he admits. “I’d be lying to you if I didn’t tell you there were moments where I thought, ‘I don’t know if I’m the right guy to do this.’

“But through that process, I learned a lot about how you move something really fast, even though nonprofits sometimes are not the fastest organizations to change in terms of culture.”

Over the next three years, Thirtle and his new executive team turned the organization around.

“We’re on a completely different path now of growth and supporting people in the country,” he reports. “Changing an organization for the better has been about transparency, it’s been about leadership, it’s about integrity, and it’s been about passion for mission. When you put those things together, you can do just about anything in life.”

The organization provides housing, jobs and daily care for people diagnosed with autism, Down syndrome and other disabilities.

“We’re one of the largest nonprofits in the country that does what we do,” he says. “We literally have thousands of staff, and we take care of thousands of people across the country.”

Revenue streams remain a constant battle for Thirtle. Every state handles Medicaid reimbursement differently, he says, so it can be a challenge to operate in so many different regions.

“This is a very challenging economic environment that we operate in,” he admits. “A lot of funding comes through Medicaid, but we have to raise the rest through donations and philanthropy as a nonprofit to offset the cost structure. I don’t want to get back into a $40 million loss scenario like I inherited back in the 2015 timeframe.”

The current COVID-19 pandemic has added to the challenges. Many people with disabilities are in the high-risk medical category, so avoiding infections is especially important, Thirtle says.

“People with intellectual and developmental disabilities have five times the fatality rates than the rest of us,” he reports. “So, it’s very important right now to make sure we’re keeping people safe and taking care of them properly.”

Thirtle used his military experience to set up an incident command center to deal with any pandemic issues. He’s also conducted dozens of virtual Town Halls with family members to answer questions and assure everyone that health and safety is Bethesda’s top priority.

“The people who work on the frontlines at Bethesda are truly heroes,” he suggests.

“They go into our homes and facilities not knowing if they’re going to get COVID. They have to wear PPE every day. Yet they serve our clients every day. This is a 24-7 operation with 24-7 heroes. I love the people here.”

Under Thirtle’s leadership, Bethesda is looking to grow by exploring new ways to care for and support people with disabilities.

The organization is developing artificial intelligence technology to help train staff members to deal with behavioral issues in appropriate ways.

“We’re also asking how we can push technology to help people with disabilities and make their lives more independent,” he adds.

In September, Bethesda is opening its first integrated residential facility for senior citizens and people with disabilities.

“We saw these two different groups, and we recognized the affinity,” he explains. “If you know anybody who’s autistic or has Down syndrome, they really want to be around people.

They’re very social. And senior citizens are at a time in their lives where they’re looking to give back, to help people and to participate.”

The 50-unit facility — called Cornerstone Village — is located in Minnesota and already has a waiting list of people who want to live there. Thirtle says the organization hopes to expand the concept to California and Wisconsin and other states in the coming years.

Thirtle says he’s not unique among USAFA grads — every grad has service and leadership embedded in their DNA.

As he looks out over the Terrazzo on this June day, Thirtle encourages current cadets to take full advantage of the leadership training opportunities they will encounter during their four years here.

“Learn how to lead, especially in terms of strife and times of challenge,” he suggests. “We look across our society today, especially in the context of what our country is going through right now, and it’s all about leadership. That’s what is going to carry us through — good decision making; being open minded; being transparent, empathetic and selfless. Caring about others is paramount.”

He feels fortunate and grateful for the lessons he learned at his alma mater, from his classmates and mentors, and is certain the next generation of graduates will excel across the Air Force and throughout the nation.

Everyone has abilities and disabilities, and some of them are more obvious than others. It’s really about how we can help people and support them. But there’s no one-size-fits all when it comes to caring for these individuals. Our approach is tailored to each person. We love everyone. 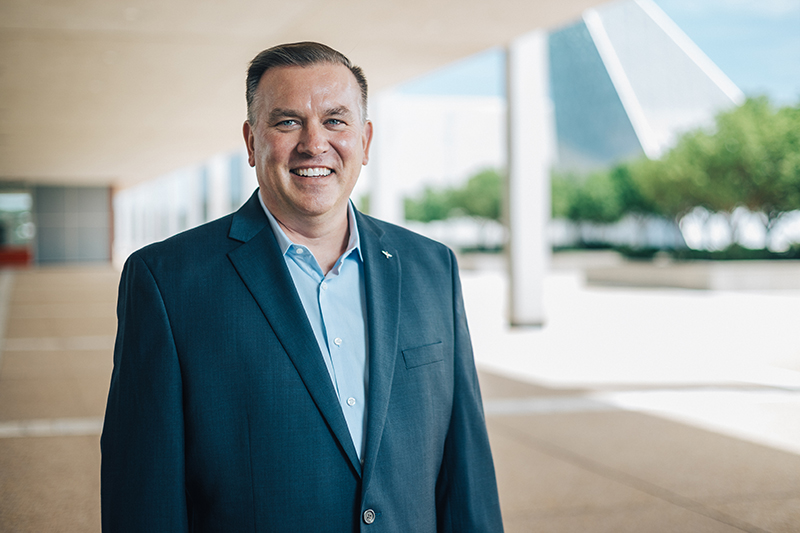 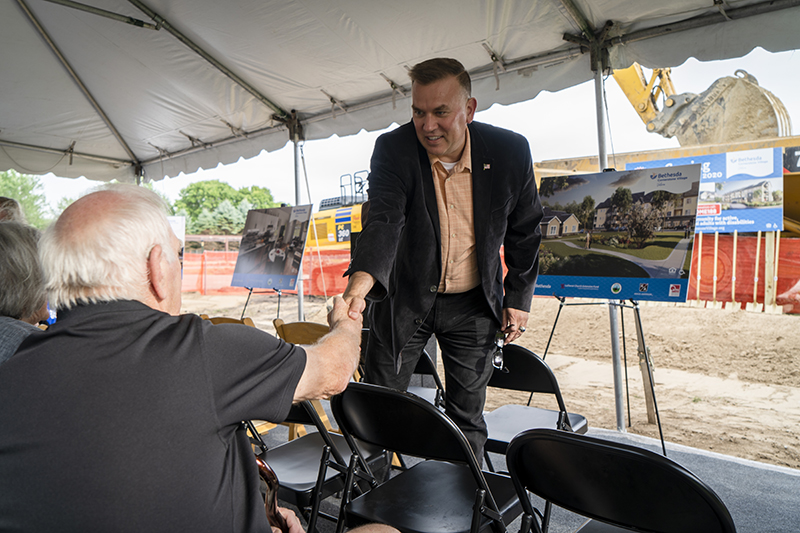 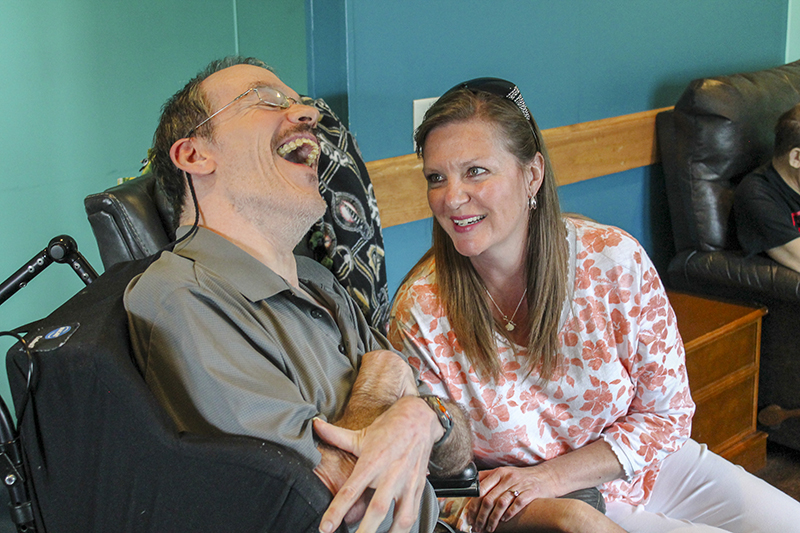 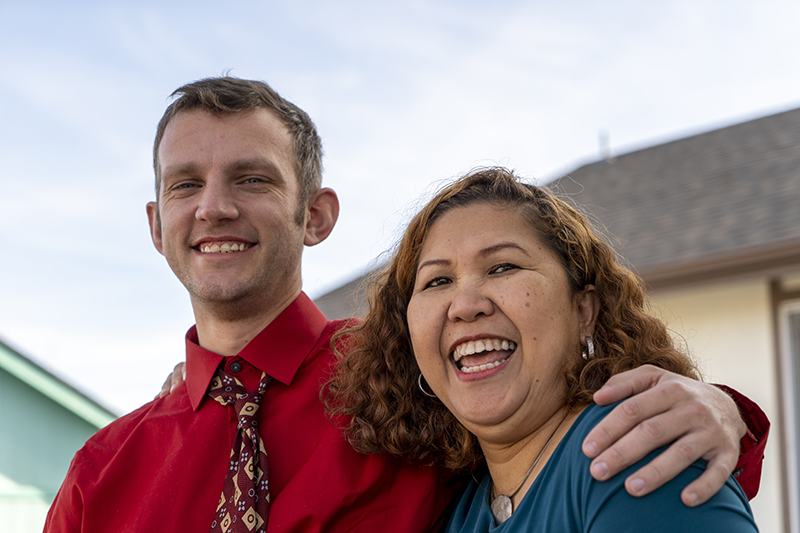 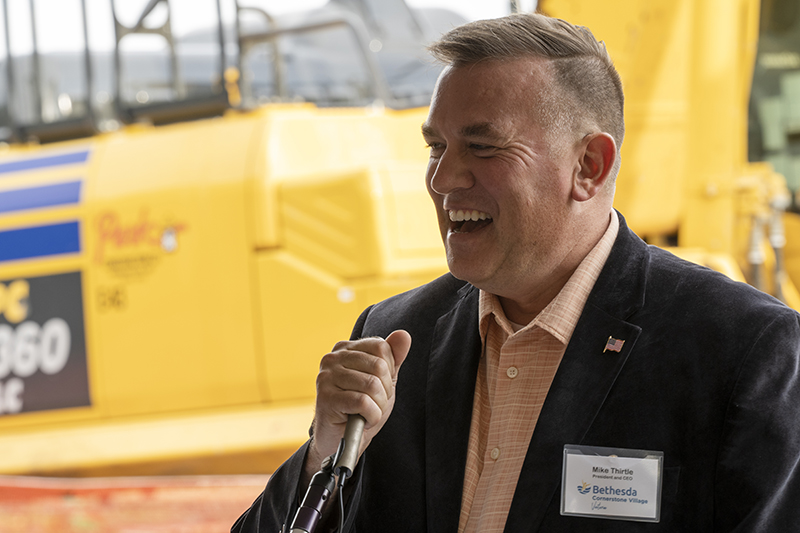