Rick Wright is very engaged in his community and alumni network. The Class of 1974 Air Force Academy grad lives in the Dallas/Fort Worth area and serves as the president of the North Texas Association of Air Force Academy Graduates.

As president of this AOG chapter, he and the chapter board decided they wanted to get involved in engaging grads with their community. Their major initiative was working with a homeless veterans shelter that houses up to 75, helping veterans find employment and permanent housing.

The chapter also hosts work days and a Memorial Day BBQ and pizza lunch.  They have donated clothing and 125 bicycles to homeless veterans, so that when they do find employment they can use their bikes with public transportation to get to work.

According to Mr. Wright, "It has been a great way to connect myself and other grads here with homeless veterans and connect us with the community."

The chapter also worked with Wreaths Across America, as part of a large group that went out to Dallas National Cemetery before Christmas and helped lay over 42,000 wreaths on the gravesites of veterans.

It has been a chapter-wide effort with many involved in these community service projects, and they are looking to do even more! The chapter is now looking into working with an organization that builds homes for veterans.

One of their individual success stories came from the chapter's extended efforts to locate all alumni in the area that led them to a 1990 grad suffering from ALS. The chapter has been able to support him and his family. The chapter has "class champions" taking on the role of finding all their classmates in the area and "community champions" who try to connect local grads to smaller groups across the large metroplex.

Lessons in integrity, service and excellence learned at the Academy have been a personal motivation for Mr. Wright, who served his country with six years active duty and then the rest of his career with the Air National Guard.  "Serving our country is paramount to why we go to the Air Force Academy. Serving others is part of that. I have tried to build my life around helping others and serving others. I find that the more we give, the more we get back."

This AOG chapter has a long history going back to when it was started in 1980. With around 900 USAFA grads in the area, their goal is to get as many of them engaged with the chapter. Mr. Wright describes their purpose as engaging grads with other grads, cadets, candidates and their families, and the community. They have been very successful at getting a lot of people involved in many different ways — keeping the Long Blue Line well connected in the Dallas/Fort Worth area!

Serving our country is paramount to why we go to the Air Force Academy. Serving others is part of that. I have tried to build my life around helping others and serving others. I find that the more we give, the more we get back. 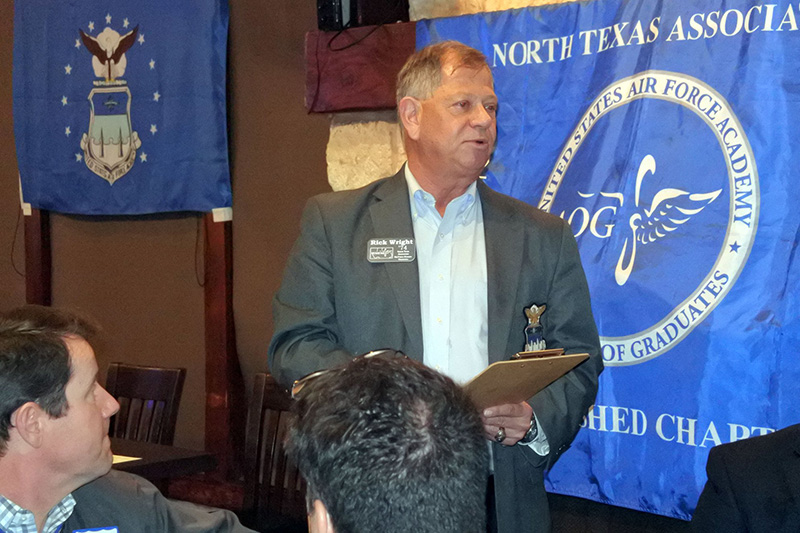 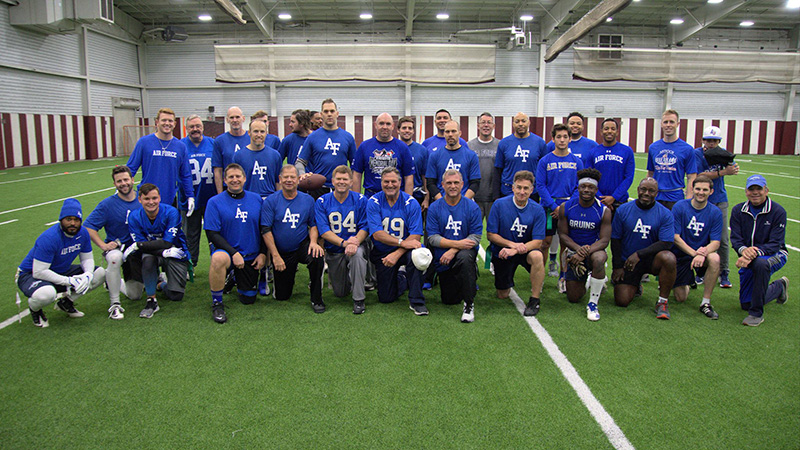 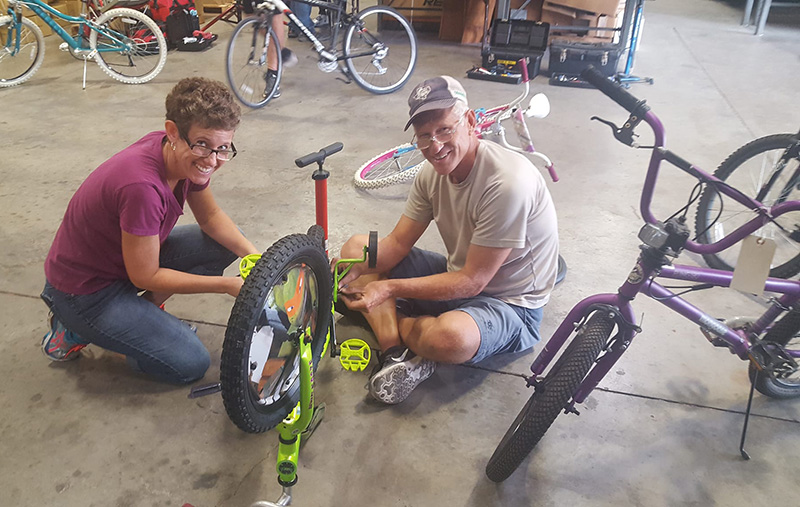 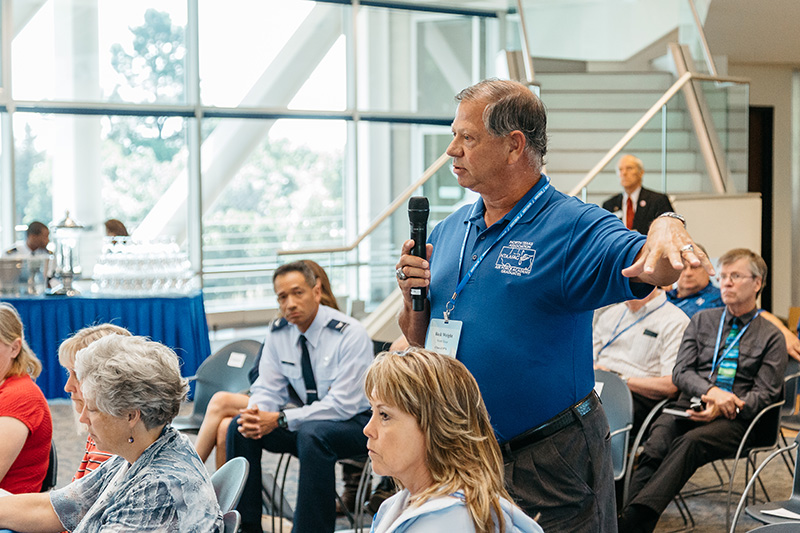 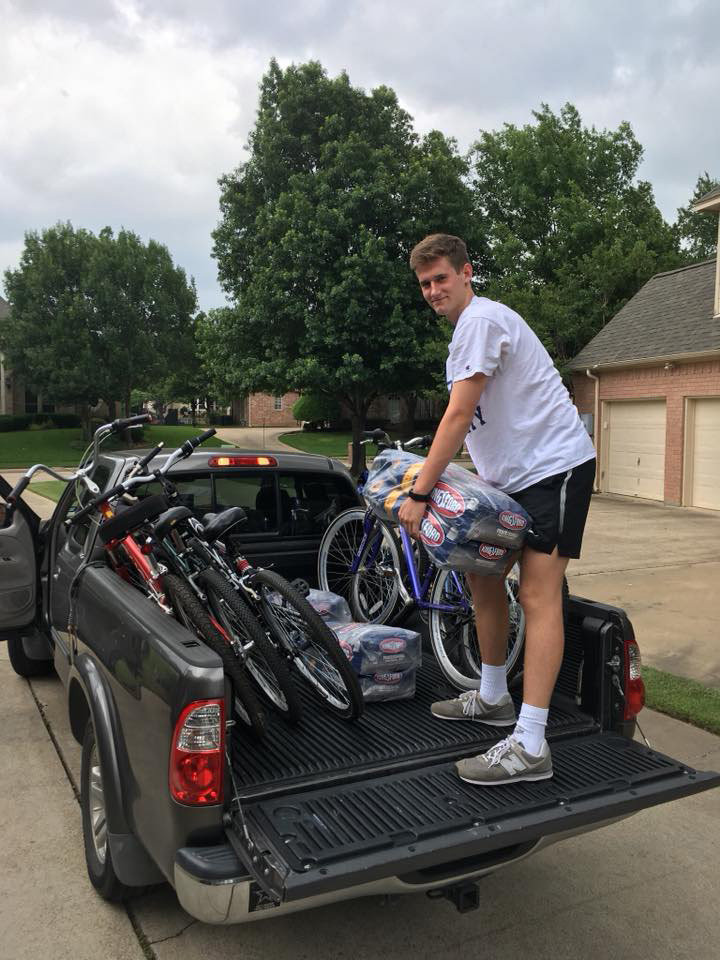 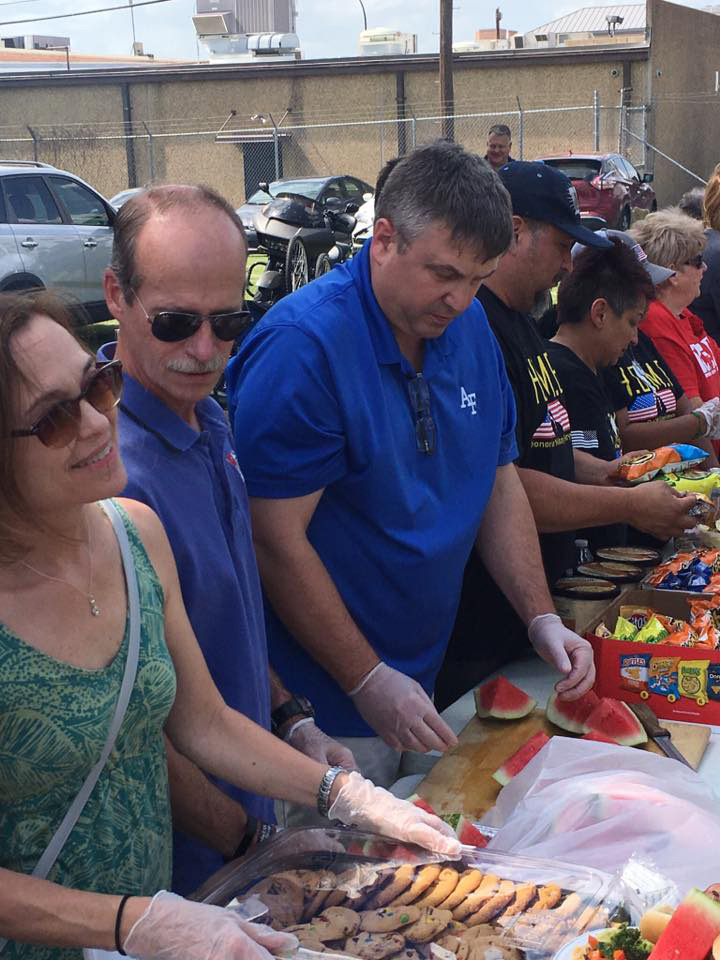 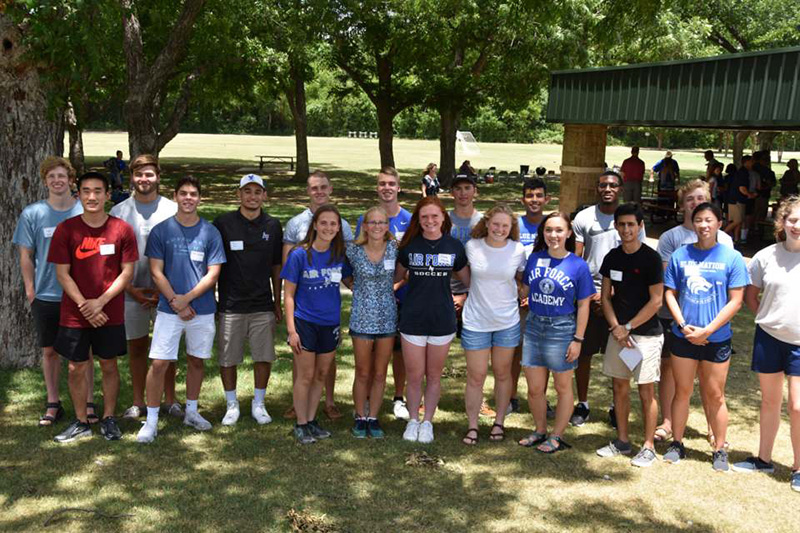 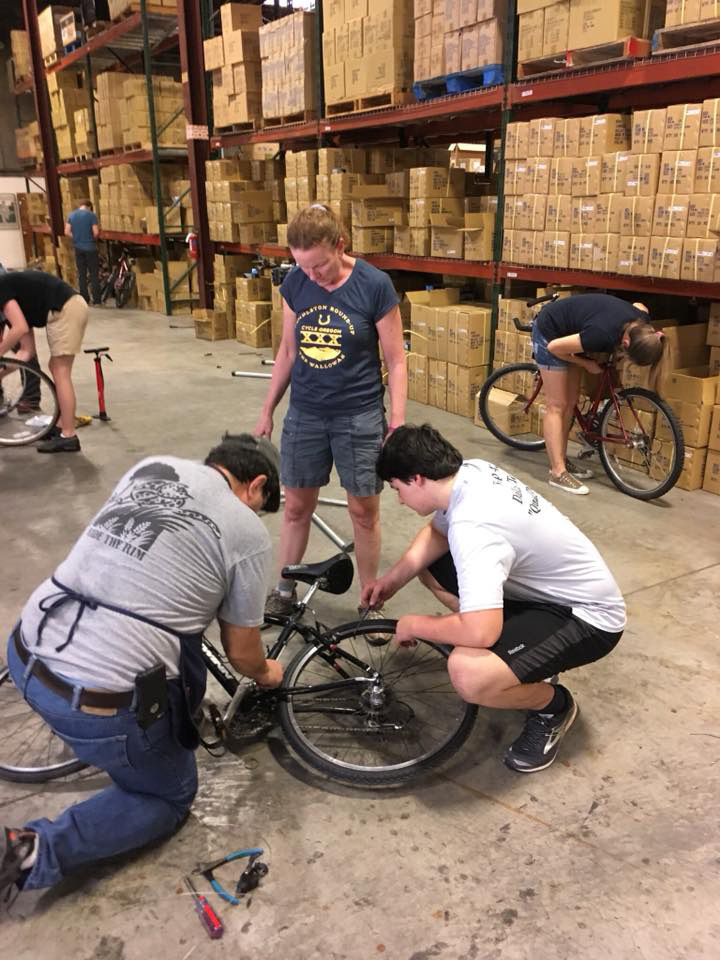