High in the Colorado mountains, an adventure camp helps bring healing to youngsters whose parents have died while serving in the military.

It’s early July at the Knights of Heroes property outside Divide, and the sounds of youthful excitement echo toward the cloudy sky.

Young campers are engaged in a variety of outdoor activities throughout the 105-acre property, including archery, ropes courses, canoeing, shooting sports and tomahawk throwing.

Elsewhere in the nearby wilderness, older campers are participating in whitewater rafting, backcountry hiking and rock climbing activities.

Throughout the day, adult volunteers are heard encouraging campers to persevere, even if the youngsters are a little frightened.

If extra motivation is required, the volunteer mentors yell, “Knights, rise up.” The campers, in unison, respond, “Rise up.”

It is a fitting mantra for this week-long camp experience, which brings together 60 to 80 boys and girls who have each experienced the loss of a parent (typically a father) during wartime.

Each of the children carries the title of “knight” while at camp, and attributes of knighthood are the focus of all subsequent activities.

“Knights of Heroes is based on the concept a knight — being a knight of honor, living by a moral code, honoring your family name,” explains Paul Huffman ’86, volunteer mentor and treasurer for the non-profit organization. “We consider these kids, of course, children of heroes who have given their life for our country.”

Air Force Maj. Troy Gilbert lost his life when his F-16 crashed in Iraq during a 2006 battle. His five children — including boys Boston and Grayson — were suddenly fatherless.

Gilbert’s friend, Steve Harrold, wanted to support the family in some way, so he helped launch a new organization to serve kids who are grieving the loss of a father. The Knights of Heroes held its first adventure camp in 2007, serving 16 boys who were members of Gold Star families.

“It’s been a really big part of my story of healing through early tragedy,” says Boston Gilbert, who has attended every camp — first as a camper and now as a junior mentor. “I feel like Knights of Heroes came into my life at literally the perfect time. I was gifted with a whole support group I really don’t think I would have had otherwise.”

The organization has grown every year since its launch, adding a girls’ camp program in 2011.

Early camps were staged in Colorado Springs, with some adventure activities hosted by the United States Air Force Academy. In 2015, the organization purchased its current property — a former high-country hunting camp complex complete with a lodge and rustic cabins.

Today, 13 summer camps later, Knights of Heroes continues to meet the needs of boys and girls working through the grieving process.

While campers spend one week near Divide, remaining family members enjoy vacation time in the Colorado Springs area — at no cost to them.

In addition to the July camp, Knights of Heroes hosts five annual weekend retreats — usually in the spring and winter.

“We are always teaching the core values of being responsible, being bold, being proactive, being a leader and being boundless,” Eaton explains. “We’re just trying to instill values that they can take back home … lasting values for a lifetime.”

Over the course of each year, about 150 children are now served by the organization.

“It’s a beautiful thing the more kids we can get here, and invite them on this journey of healing, fun and adventure with us,” Boston Gilbert says of the growing number of campers. “But at the same time, I wish the number was zero.”

A group of more than 60 volunteers help make the camp experiences a huge success. About 20 of those volunteers happen to be USAFA graduates, and a few Academy cadets also help out with special projects throughout the property.


We're trying to provide them some positive adult role models and mentorship...to hopefully make their life as full and wonderful as possible, considering the loss they've been through. 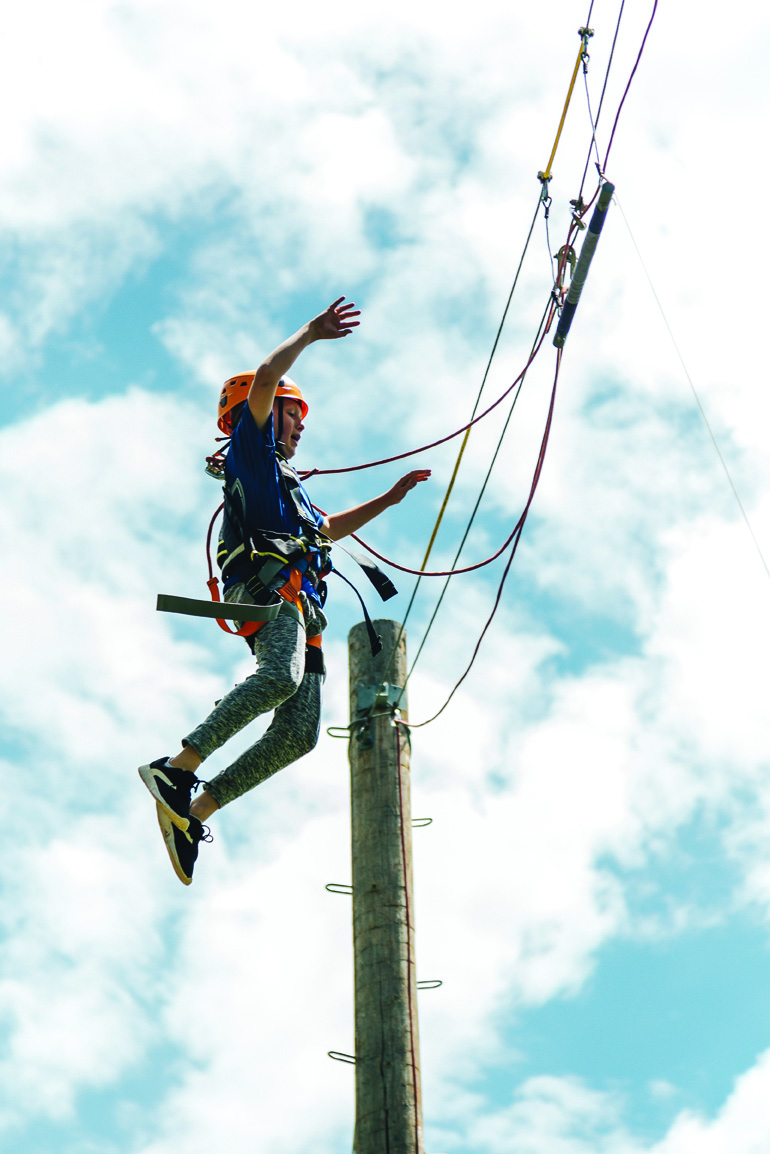 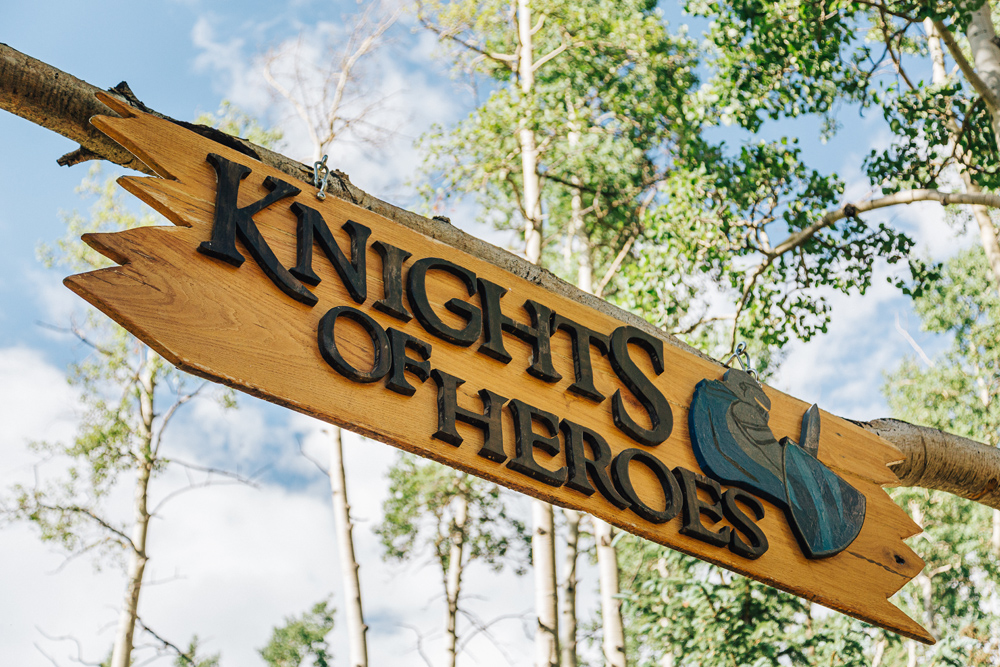 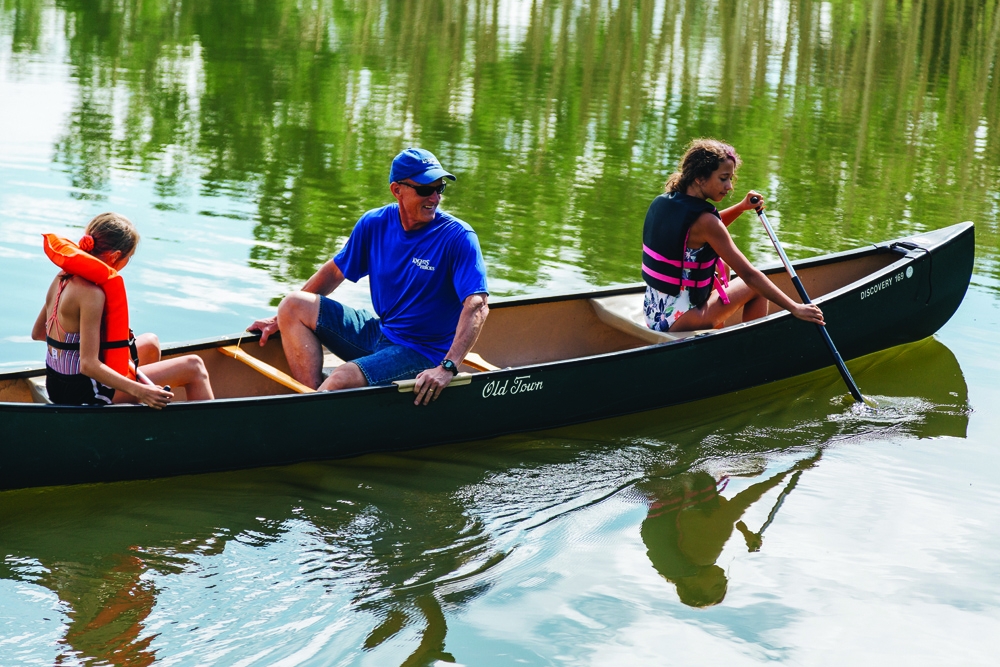 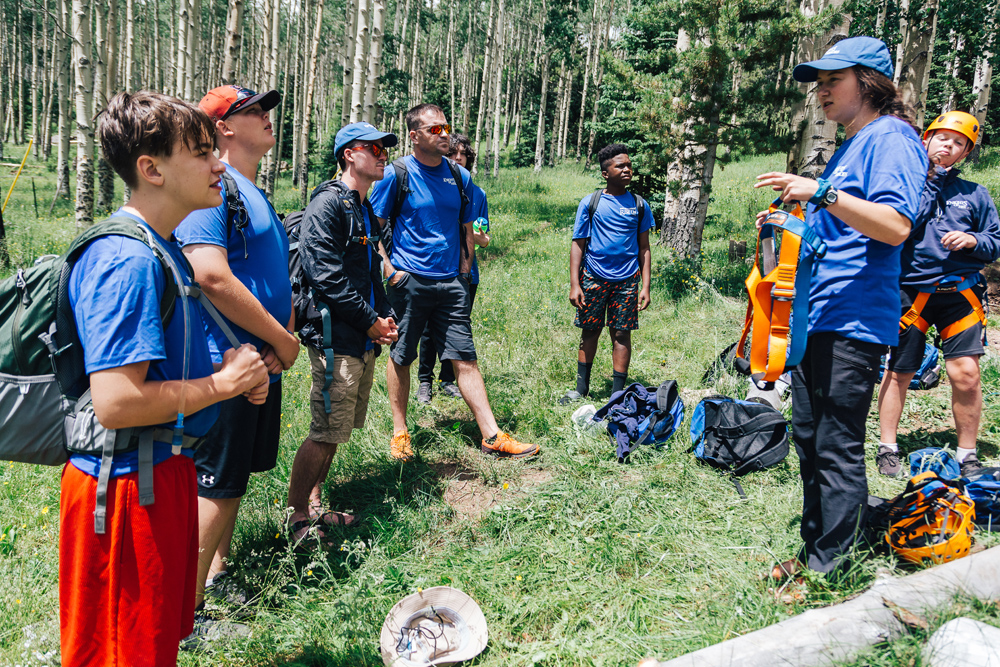 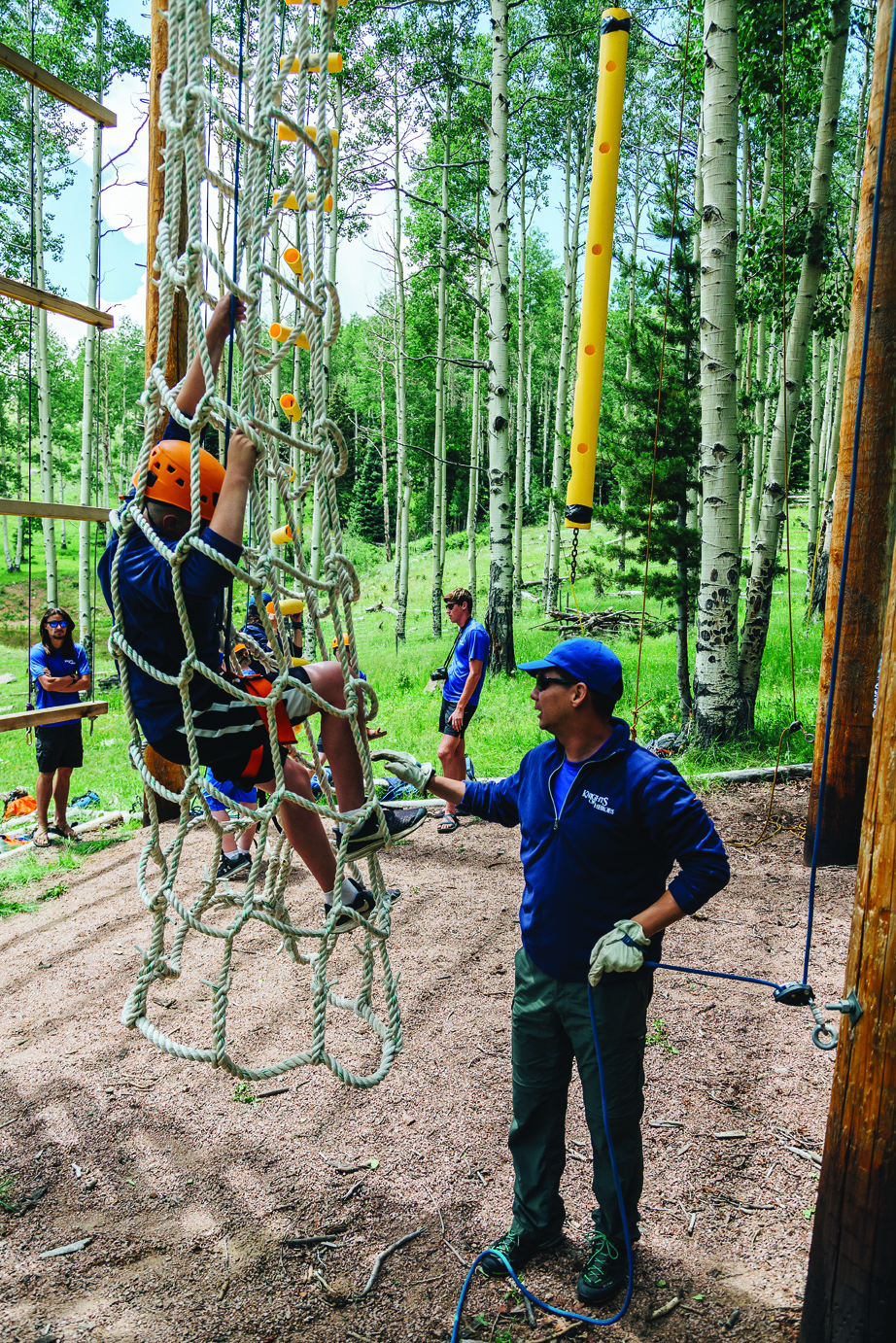 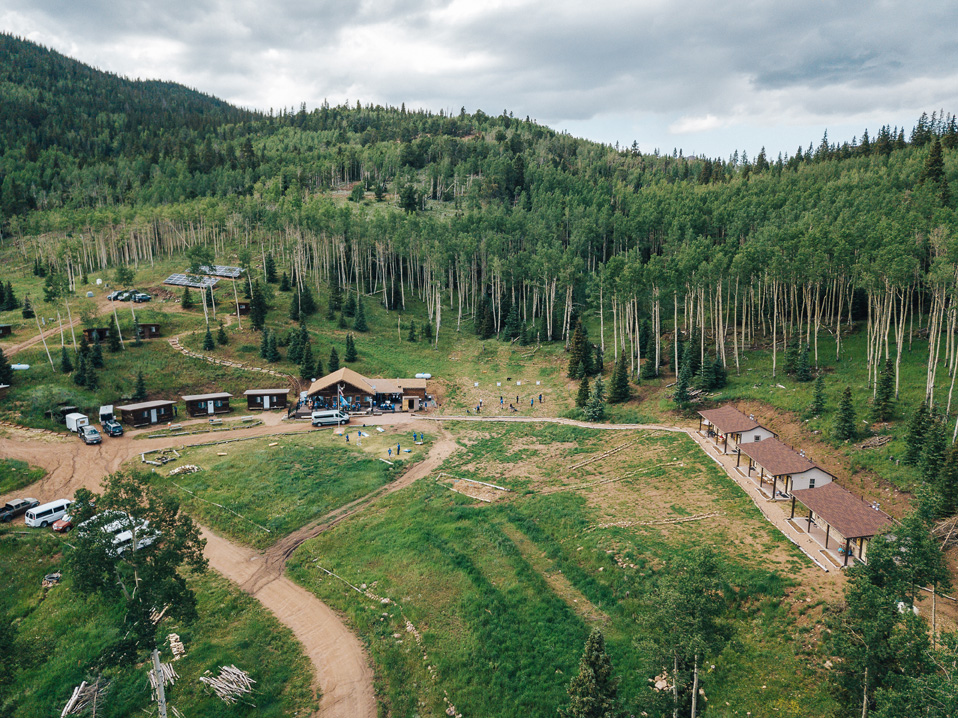 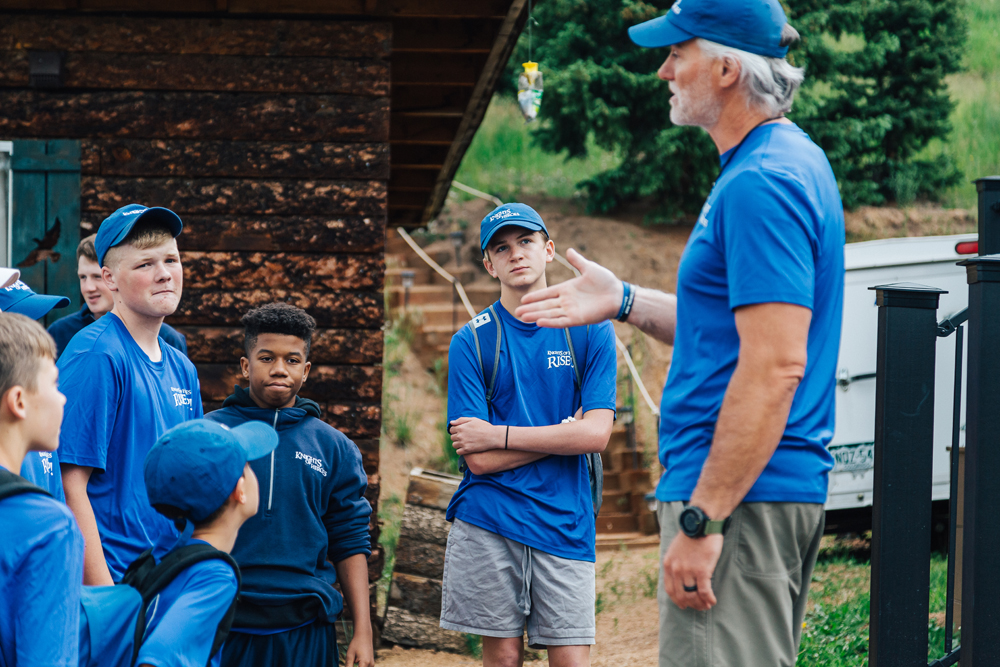 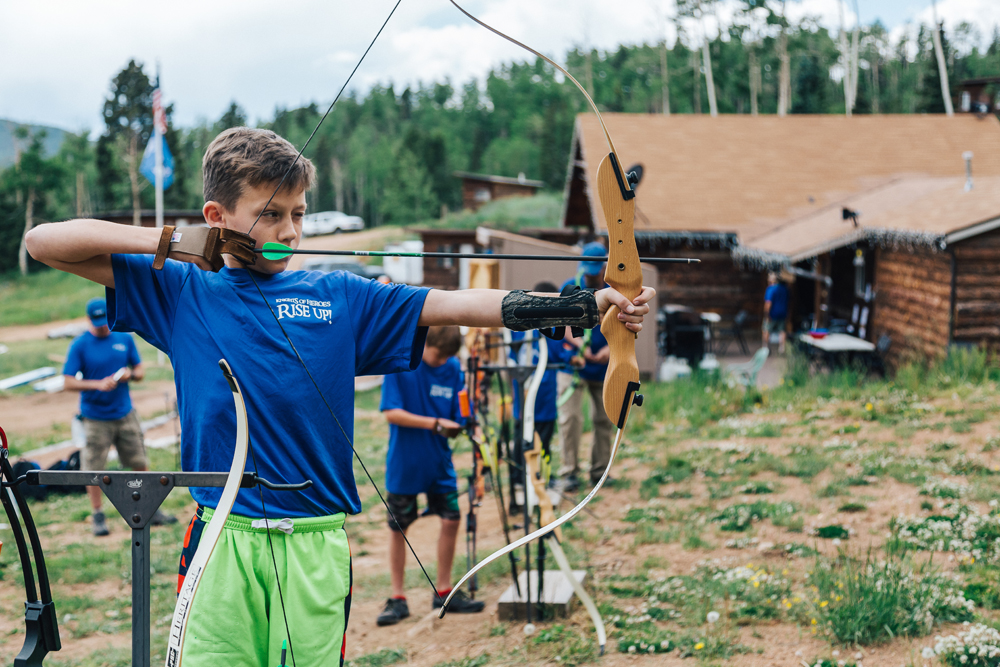 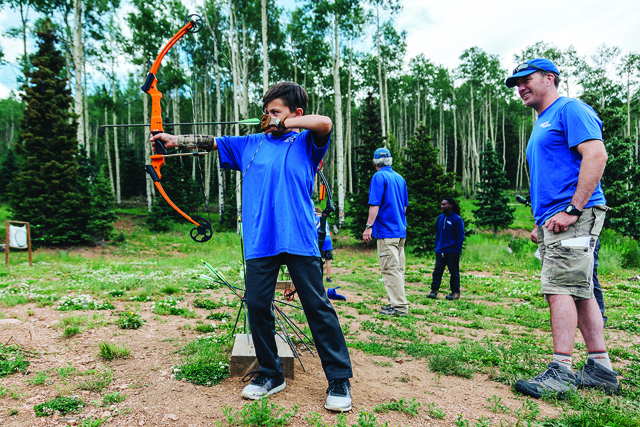 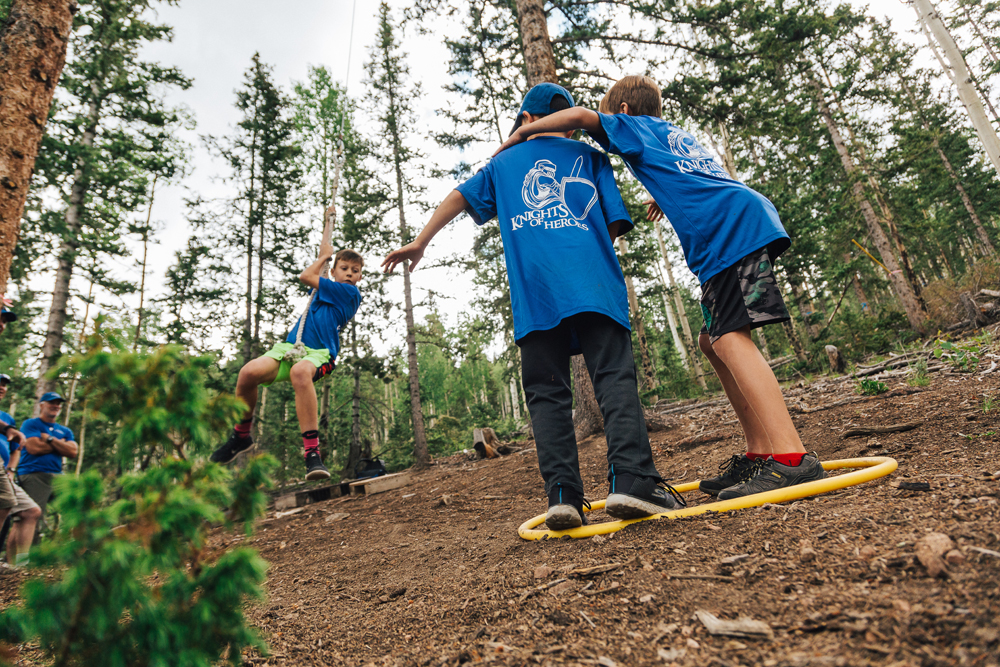 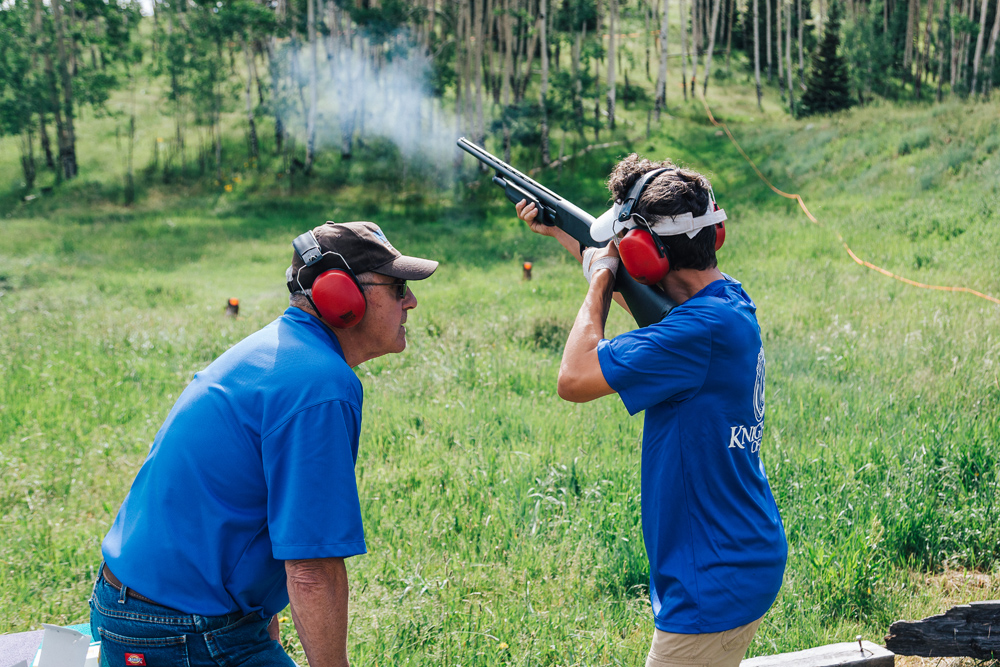 Huffman ’86, a KOH mentor for the past three years, reports that each July gathering begins with an opening ceremony where each boy and girl can share his or her story of loss and the ongoing healing process.

“We just kind of commemorate why we are here and what the camp is about,” he explains.

Then for seven days, campers are pushed beyond their comfort zone to help build confidence and face fears. Whether it’s the high-ropes course, whitewater rafting or backcountry hiking, campers experience outdoor adventures they might have enjoyed with the father or mother they lost.

Younger campers start out with less-intense activities in close proximity to the lodge. High-school-aged campers experience progressively more challenging activities, concluding with a 20-mile backcountry trek in the year that they “graduate” from the program.

During the week’s closing ceremony, mentors talk about the progress each camper has made and encourage them to follow through on personal goals they have set for the coming year.

“We’re trying to provide them some positive adult role models and mentorship … to hopefully make their life as full and wonderful as possible, considering the loss they’ve been through,” he explains.

Huffman notes the mentoring relationship goes well beyond the annual camp. The adult volunteers periodically check in on the campers to see how they are faring and to ask if their goals are being met.

When the campers return the following year, Huffman says it’s obvious that many have matured and are much more confident.

“Being able to see them grow up and start to live successful lives is really rewarding,” Huffman says. “I’m just honored to be a part of this mission, which to me is absolutely critical. I can’t imagine a more worthy cause than empowering the kids who have lost parents in service to our nation.”