A few years ago, Col. (Ret.) Eric Garvin ’81 sat down to write his own obituary. There was no near-death experience that prompted him to chronicle his life — it was simply an exercise to motivate his future actions.

“I know that sounds like a strange thing to do,” he admits. “I pick up that obituary and read it from time to time, because it informs me about how I want to live my life. My goal in life is trying to help as many people as I possibly can. It’s not about me — it’s about something bigger than Eric Garvin.”

His inclination toward service was by no means a certainty when Garvin was growing up. But a fortunate stint at the United States Air Force Academy helped solidify his life’s mission and set him on the path of career success and extensive charity work.

Garvin’s life could have turned out dramatically different. Born and raised in Brooklyn, New York, Garvin lived in a tough and poor neighborhood.

“As I was growing up, I had a series of family tragedies that really helped shape my life,” he recalls.

When Garvin was young, his father shot and killed Garvin’s grandmother, shot and seriously injured Garvin’s grandfather and shot Garvin’s aunt in the face. His aunt somehow survived as well. (Garvin’s father would spend several years in jail for his violent crimes but was later released and rehabilitated.)

Sometime later, Garvin and his brothers were summoned to the principal’s office at school. “We kind of had a sense that something was not good,” Garvin recalls.

Tragically, their mother had been shot six times after opening the front door to a stranger pretending to sell children’s books.

While his mother struggled to recover, Garvin reports that the family’s future prospects took an immediate turn for the worse.

“As you can imagine, when those kinds of things happen, they have a dramatic impact on an individual,” Garvin says. “For me and my brothers, it was a very dark period for us.”

“We didn’t have very much food,” he recalls. “Our electricity was turned off. We didn’t have any heat in the house, so my brothers and I used to huddle around the stove.”

The Garvin brothers eventually split up, living with relatives in various nearby communities. Garvin would move to Staten Island with his aunt and uncle — the same aunt who’d been shot in the face years earlier.

“Those were some really, really tough times,” Garvin admits. “But those tough times teach you something about life … and they help get you ready for life.”

Fortunately, Garvin had a number of people rooting for him — relatives, teachers, coaches and more.

Garvin would attend a new school on Staten Island and didn’t know a soul at first. He would eventually be elected class president three straight years, serve as president of the school’s honor society, excel on the track team and be chosen most popular member of the senior class.

“I made a commitment to myself that I was going to try to do my best … and I had a very successful high school career,” Garvin says. “I just had so many people pour into me. God dispatched his angels to watch over me. People believed in me, and I could not let them down.”

Unfortunately, things wouldn’t work out so well for several of Garvin’s brothers. One brother was murdered during a drug deal gone bad. Another died of a heart attack after using crack cocaine.

“The path could be so destructive in the neighborhoods that I grew up in,” Garvin admits. “Somehow, God gave me the courage to not follow that path. If you want to be an eagle, you need to fly with the eagles … and not fly with some of those other folks.”

Garvin’s academic and extracurricular success led to recruiting interest from several prestigious colleges, including the Air Force Academy. He would choose the Academy because of his interest in flying, but becoming a pilot wasn’t possible in the end.

“I could never get over air sickness, despite me trying a variety of things,” Garvin recalls.

Despite that major disappointment, Garvin called his time at USAFA “ultra special.” He spent three years in 4th Squadron, which took the Honor Squadron award three years in a row.

“I knew if I graduate from the Air Force Academy, life was going to be forever changed for me,” he says. “I could have never been more right.”

Garvin says he discovered that teamwork was the “secret sauce” for success in every endeavor during and since his Academy days.

He credits upperclassmen like Rich Hall ’79 and Will Gunn ’80 and a number of classmates and squadronmates —Marvin Fisher, Darren McKnight, zch Duchene, Dean Latas, the rest of his 4th Squadron classmates and others — for supporting and encouraging him through the inevitable ups and downs of cadet life.

“I owe such a debt of gratitude to those folks,” he suggests. “If you want to understand why I give, it’s because people have poured into me. And now I just I want to give back.” 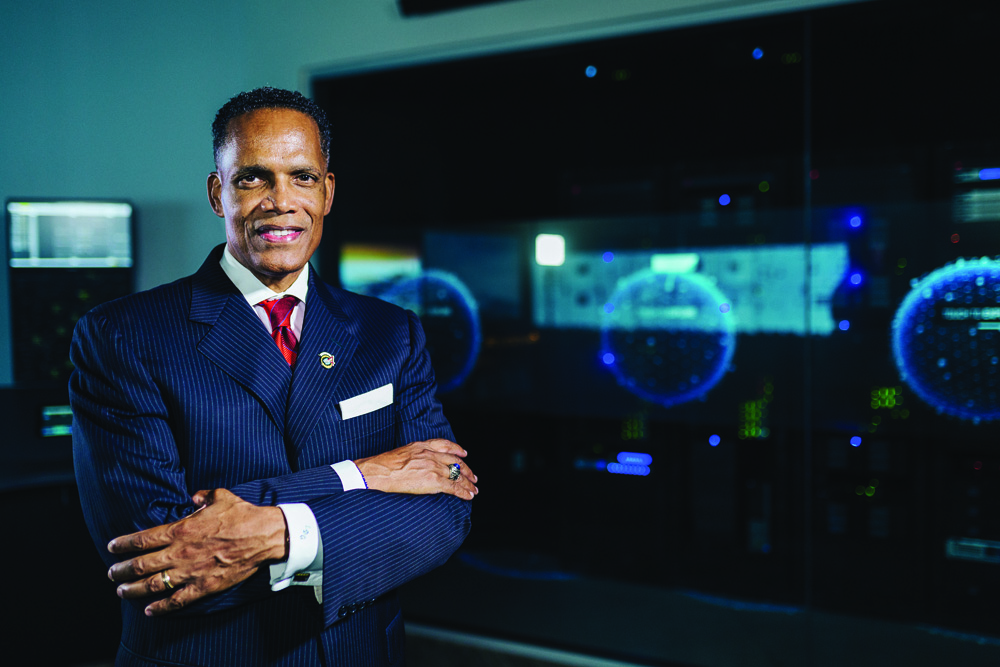 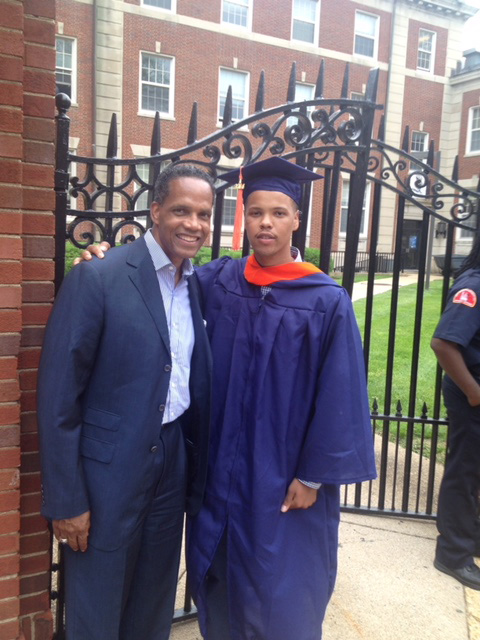 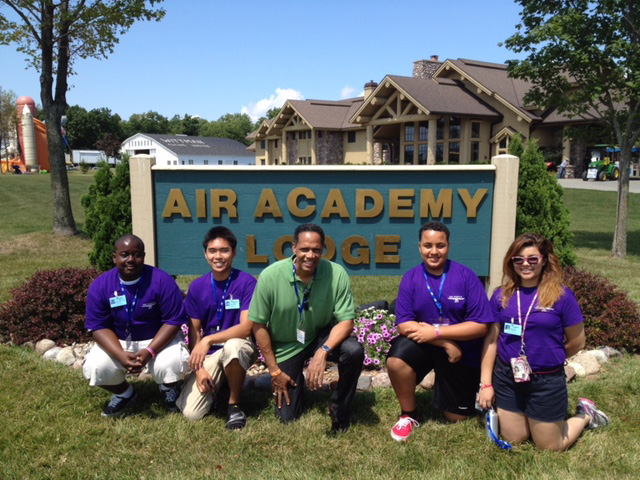 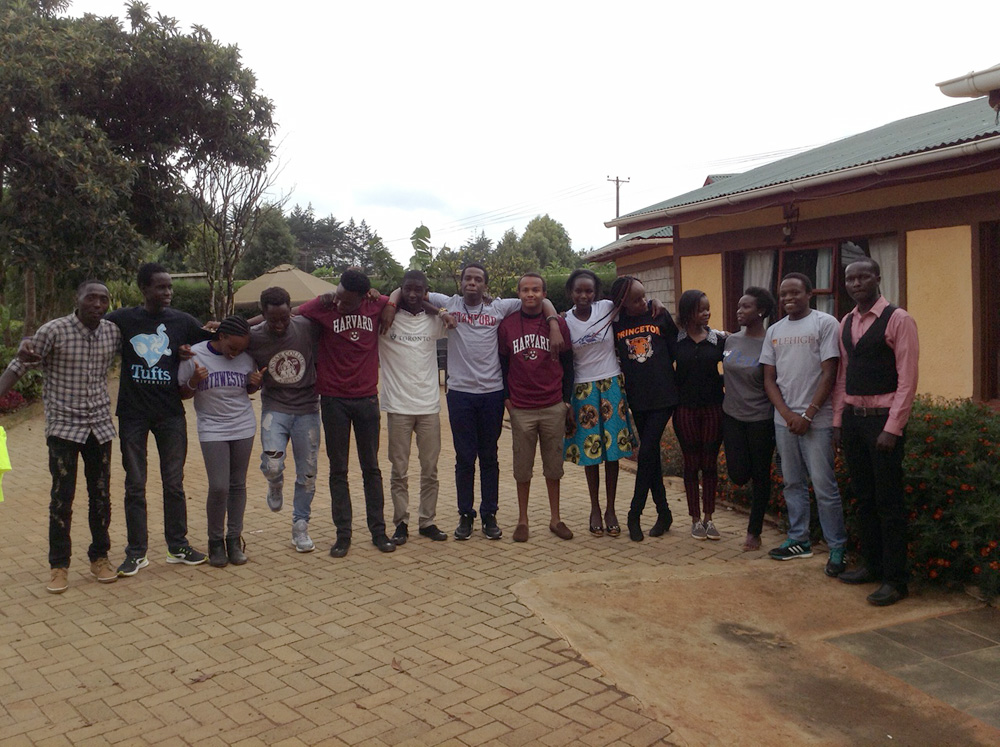 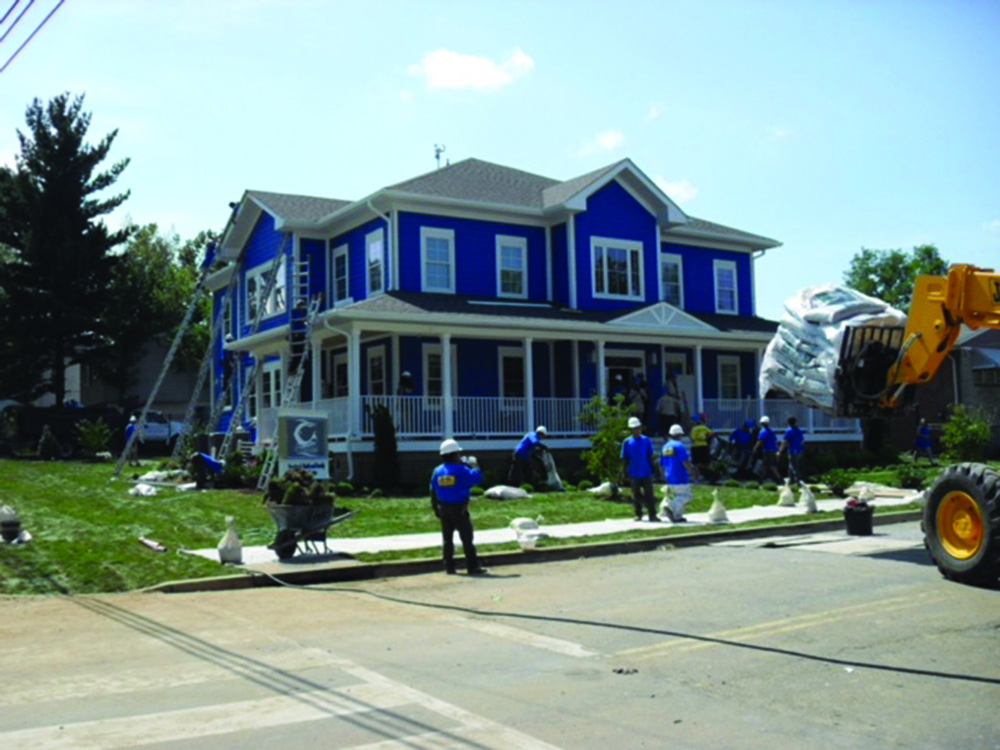 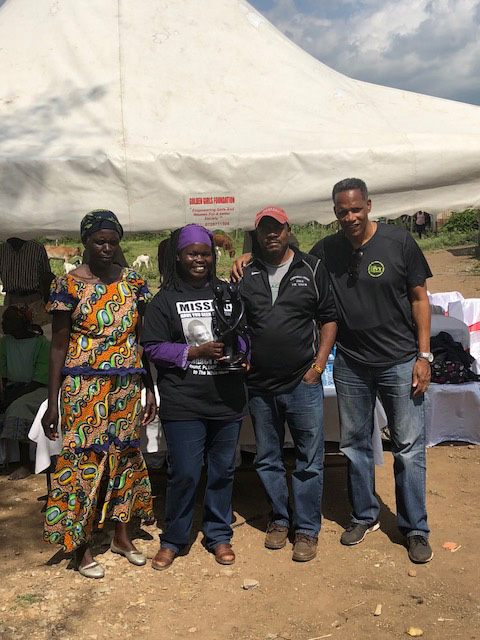 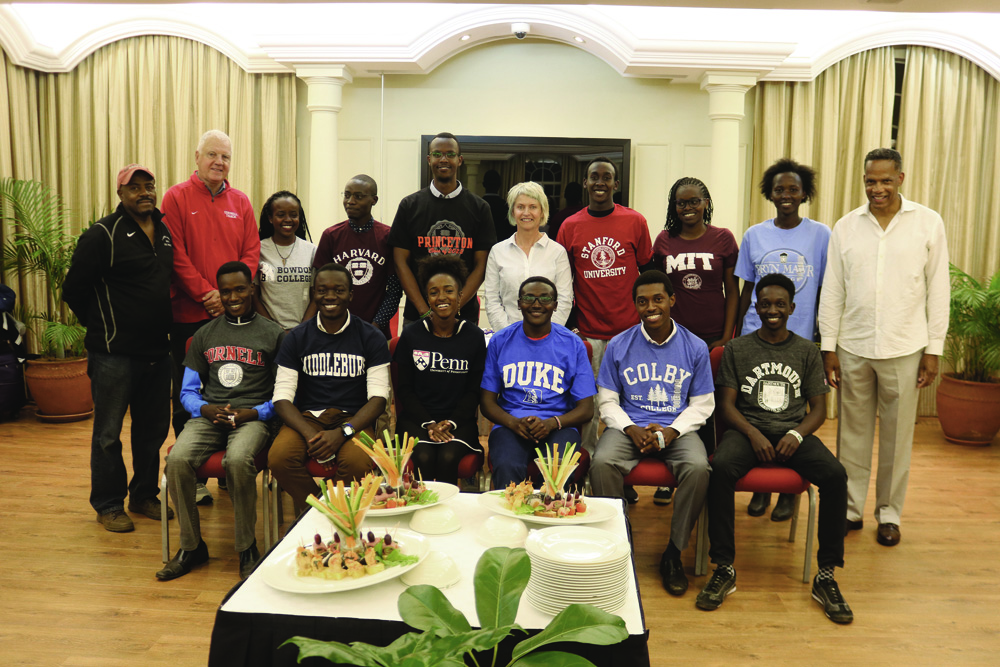 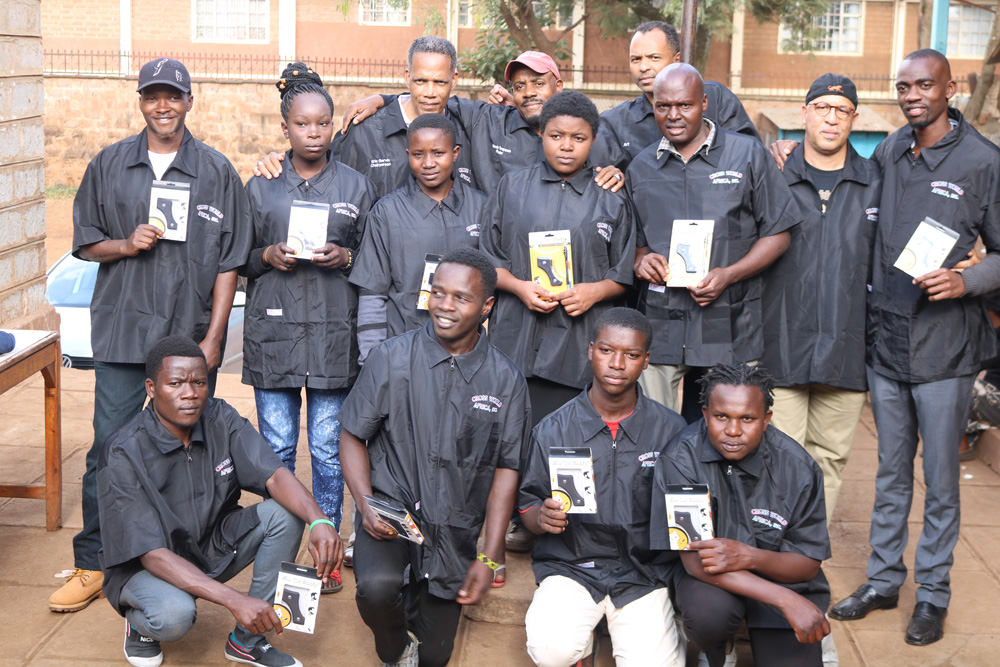 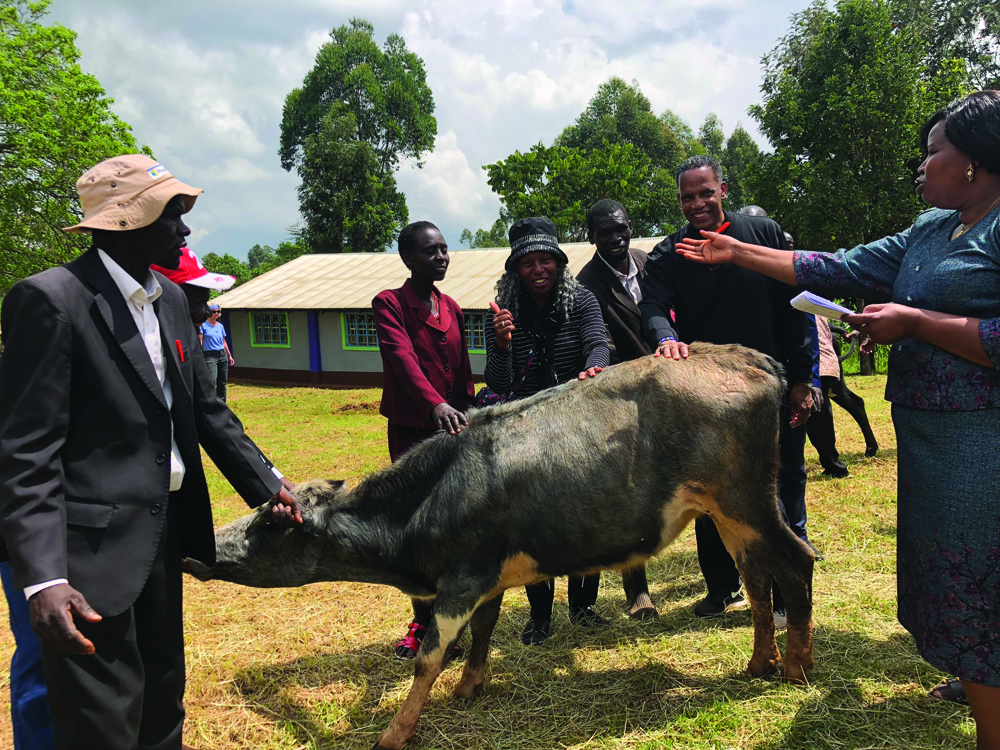 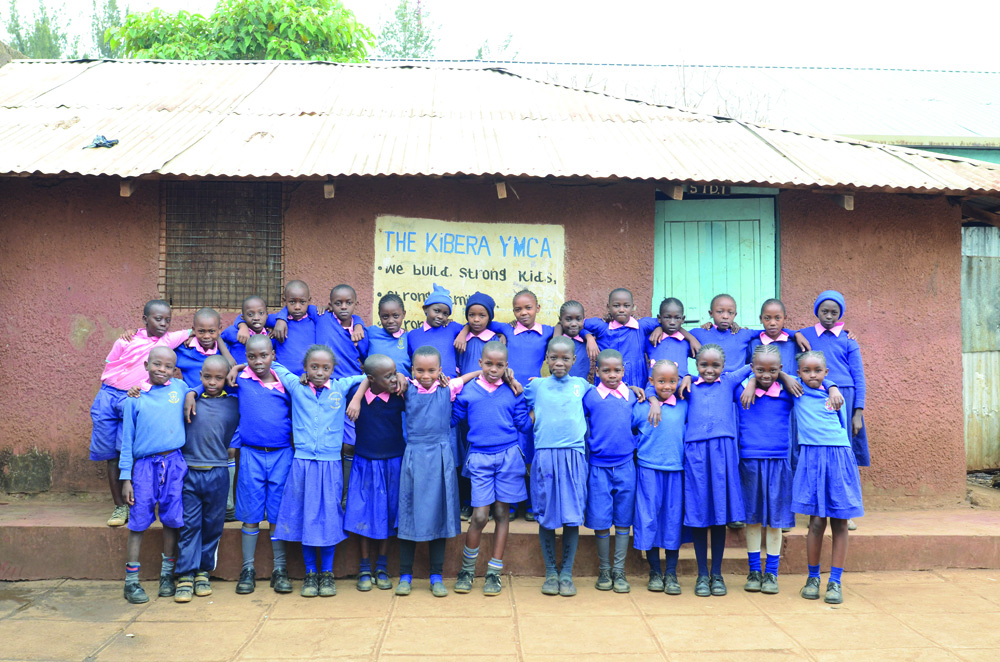 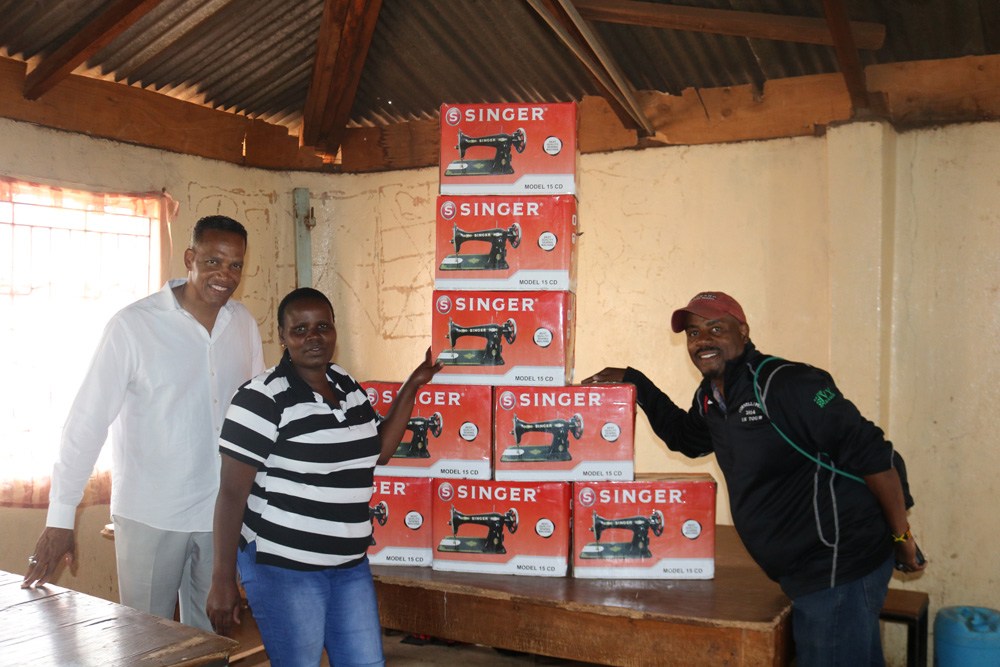 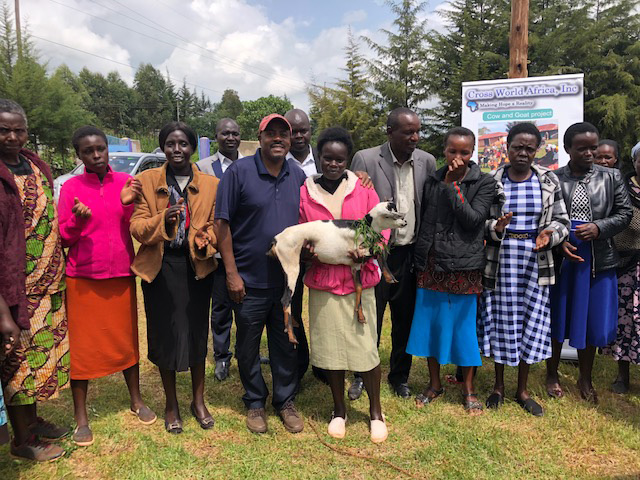 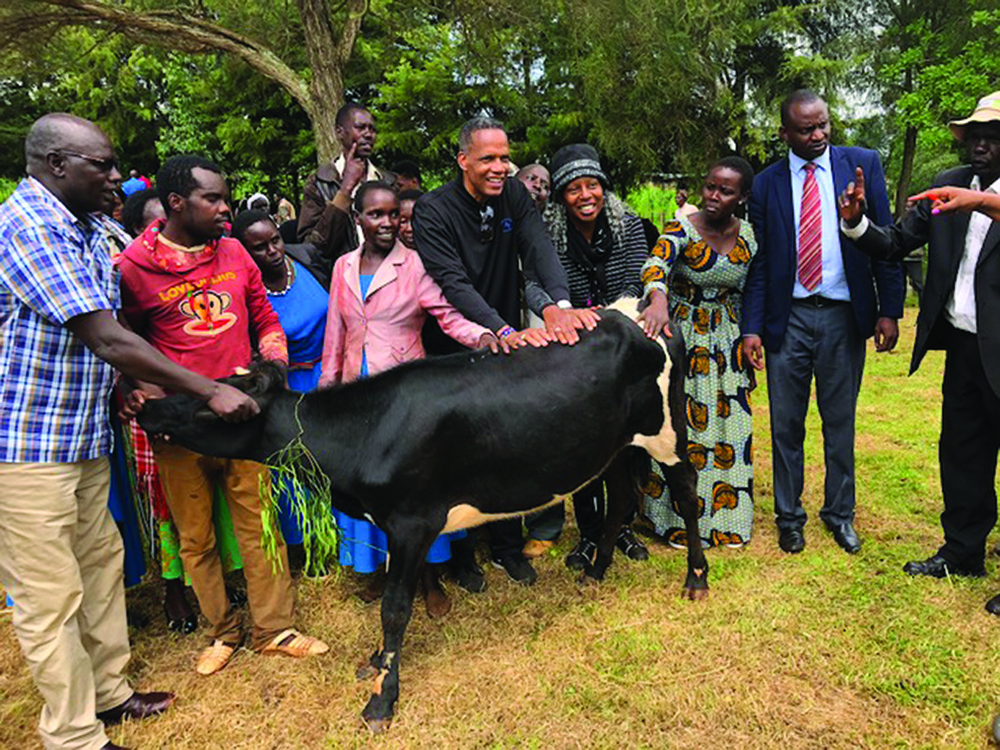 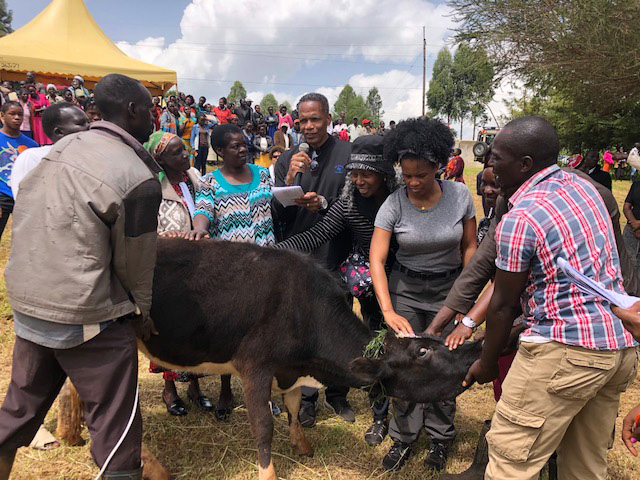 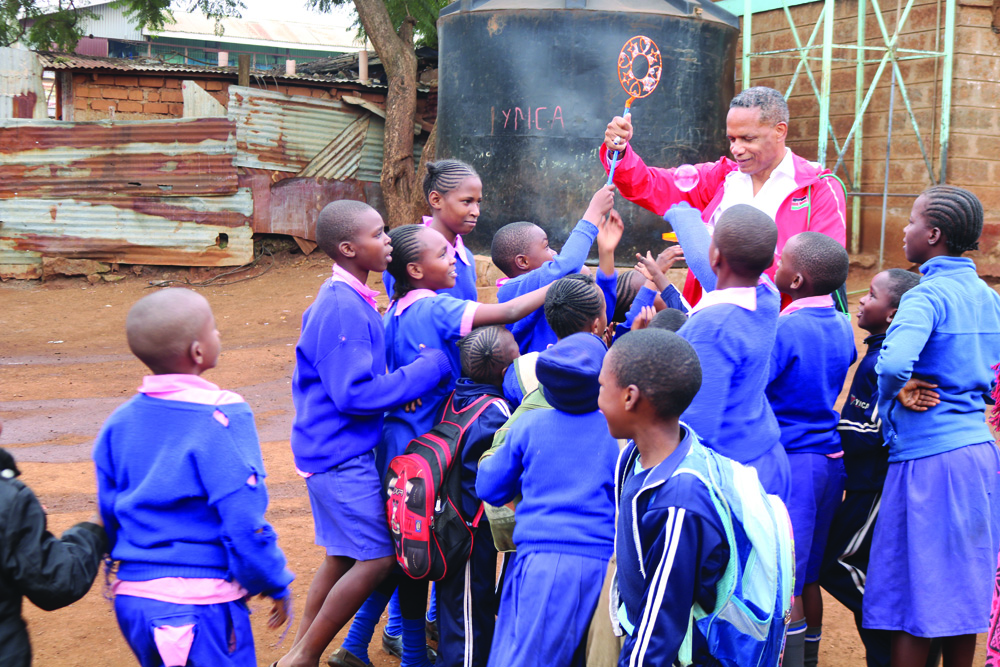 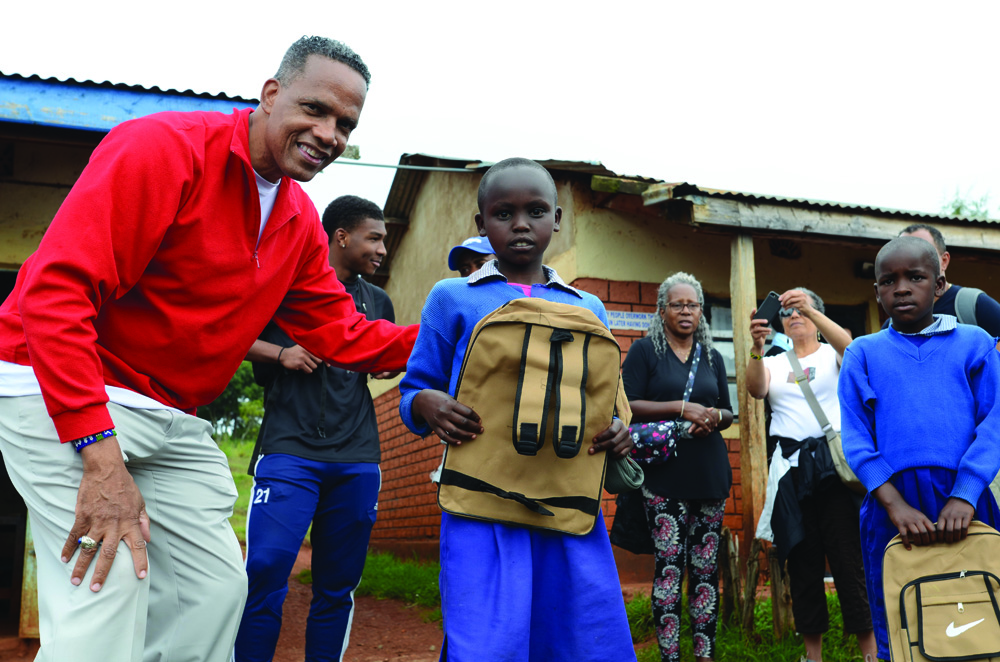 After graduation, Garvin married “the girl of my dreams,” Anna, and the couple headed off on their first adventure together.

Garvin eventually went to work on two of the Air Force’s top development programs — the F-22 and CV-22. He became the executive officer for the F-22 program office and then transitioned to his role as the Air Force’s onsite representative for the F-22 at the Lockheed Martin plant in Marietta, Georgia.

During his assignment in the Pentagon, he served as the F-22 director in the Program Element Office for Fighters and Bombers. He frequently advocated for the new platform in the halls of Congress.

Garvin would later transition to the CV-22 program.

“It was really the pinnacle of my career … serving as the CV-22 program director,” he reports. “The program had languished for years and years. Drawing from the lessons that I learned at the Air Force Academy, we all worked together. It got us ready for initial operational capability and testing, which was a critical milestone.”

While attending school in Washington, D.C., Garvin would become involved in the first of many nonprofit organizations he has supported through the years. He would continue his involvement with the organization after retiring from the Air Force and beginning his first civilian job with Northrup Grumman.

An after-school program established in 1990, The Fishing School provides underprivileged young people with tutoring and activities in one of D.C.’s worst neighborhoods.

“The Fishing School is really about the adage … if you feed a man a fish, you feed him for a day. If you teach him how to fish, he feeds himself for a lifetime,” Garvin says. “It’s not a hand out. It’s really trying to make them self-sustaining and productive citizens of society.”

Initially housed in a renovated crack house, The Fishing School eventually ran out of space at its initial location. In 2009, ABC’s “Extreme Home Makeover” chose the nonprofit for one of its now-famous, seven-day transformational construction projects.

“At the end of those seven days, they handed over the keys to that new facility,” Garvin recalls. “It enabled us to grow. It was really a big game changer.”

“While I was at The Fishing School, they often referred to me as the rainmaker, because I got heavily involved in fund raising for them,” he says. Garvin’s employer — Northrup Grumman — ended up being one of the biggest financial backers for the nonprofit.

“They gave quite generously every year,” he says.

“We typically tried to turn requests around in a 72-hour period,” Garvin recalls. “I’m working this very demanding job at Northrup Grumman, and at the same time I’m trying to screen these applicants and make recommendations to Charles Phillips.”

Over a two-year period, Garvin says the organization awarded approximately $200,000 in grants — helping recipients pay for everything from rent to college expenses.

“I’m proud of my classmate for having the mindset to give back,” he says. “They not only give to the Air Force Academy, but they give outside the Academy. It really meant a lot to me to be involved with them.”

Today, Garvin works for Harris Corporation and is continuing his nonprofit work. His employer offers a 150 percent match for any donation made to charity.

“That helps supercharge my giving and it makes me smile,” he admits.

Garvin’s current passion is Cross World Africa, an organization that works primarily in the urban and rural areas of Kenya, Africa. He currently serves as its president and chairman of the board.

Cross World Africa provides cows and goats to some of the neediest Kenyan woman and widows in the northern Rift Valley.

“It really is a game changer for them in terms of economics,” Garvin explains. “A cow produces milk, and the women can produce other dairy products from that. As a result, they cannot only help feed themselves, but they can sell some of those products. It can also help them send their kids to school.”

In addition, the nonprofit works in partnership with another charity, KenSAP (Kenya Scholar-Athlete Project), to help prepare young adults to attend elite colleges and universities in the United States. Kenyan students have gone on to graduate from such schools as Harvard, Yale and Princeton, among others.

“It gives them an opportunity to come back and help their country,” Garvin says. “We’re very proud of that program.”

Cross World Africa also is spearheading a menstrual health project called Ruby in the Rift. Garvin says the program seeks to educate young girls about their menstrual cycles and provide them with a product to address their health care needs.

“As many as two out of three young adolescent girls will engage in transactional sex in order to get the sanitary products that they need,” Garvin explains. “Many of these young girls may be embarrassed, and will just decide to drop out of school.”

A new project launched this year is a barber training effort. Ten Kenyan students (both women and men) were offered barber tools and training to provide them with the necessary job skills to support themselves and their families.

“What I’m trying to do is use my Academy skills — teamwork and inspirational leadership — to help drive our team,” he smiles.

A Life of Giving

Garvin says his Academy days taught him to “dream big,” and he’s thrilled every time he can impact an individual’s life in a positive way.

Garvin recalls a philosophy lecture from his USAFA years by then-Col. Malham Wakin that focused on the meaning of happiness. He remembers the lesson well.

“What really matters in life?” he asks. “For me, I think I’ve found the secret. It is just so rewarding to help others. If we lived in a world where more people had that mindset, the world would be such a greater place.”

Garvin’s mother — Marjorie Garvin — eventually learned that truth as well. Dubbed the “mayor of Staten Island,” she is now a pillar of her community — helping with a variety of pressing community needs such as affordable housing, advocating for the homeless and senior citizens, and assisting residents dealing with immigration issues.

With the support of his loving wife, Anna, Garvin says he too has been able to continue helping others and live a meaningful life.

“I often look back at my life and pinch myself,” Garvin admits, “especially when I think about what happened to my brothers. The big difference between my brothers and I was that I had people pouring into me and telling me that I could be somebody. I was foolish enough to believe them.”