Andy Garrison never envisioned spending his retirement years on the edge of the African desert.

But here, in the coastal community of Oranjemund — where wild oryx, jackals, ostrich, hyenas and springbok freely roam the streets — Garrison ’71 has taken up residence.

At a time when many of his classmates are easing into a more leisurely lifestyle, the former Air Force fighter pilot is an active Peace Corps volunteer. He’s helping the African country of Namibia solve some of its significant economic challenges, while integrating into a culture that is quite a departure from his adopted hometown of Sausalito, California.

“I have to say this is one of the best, and hardest, experiences of my life,” Garrison admits. “But I love it, and I'm genuinely useful for the lifetime of experiences I can bring to this African country. This is a rich and varied civilization and it has tremendous potential.”

For the next two years, Garrison is an advisor/program manager working closely with the Oranjemund Town Council, which hopes to diversify the community’s lagging economy. Through much of its history, Oranjemund has relied almost solely on jobs from nearby diamond mining operations.

“This used to be a mining town, and it was completely supported by De Beers through Namdeb — a joint ownership between Namibia and De Beers,” Garrison explains. “My job is to help all of the various parties collaborate and transform the town, so it won’t disappear and turn into a ghost town.”

For a former businessman and entrepreneur, the pace of change in Oranjemund can be painfully slow.

“I learned a long time ago not to get frustrated,” he says. “That doesn’t help at all.”

Garrison remains undeterred — choosing to focus on the small steps that can ultimately bring about meaningful transformation for the town.

“I’ve done a lot of different things in my life,” he says. “I have learned to appreciate what I can do for a new country — only 28 years old — which desperately needs my help and the help of others like me.”

As a child, Garrison would ride his bicycle from home to Dallas Love Field in Dallas to watch the airplanes take off and land. A fascination with flying soon followed.

As his high school career wound down, Garrison would apply for admission to both the United States Air Force Academy and the Naval Academy.

“I was very focused on getting in, and it worked out to my great fortune,” he recalls. “My parents were not happy with my choice to go to a military academy, but it felt right and I completed the competitive application process anyway.”

Once at the Academy, Garrison found the experience challenging but never overwhelming.

“I enjoyed my time there, and never wished I had made another choice,” he says. “Going to the Air Force Academy remains something I feel good about — and draw from — virtually daily even now. I am immensely grateful for the quality of education, experience and leadership training I received there. It has served me well and has benefitted the communities and organizations I’ve worked with over the past 45 years.”

Garrison would land an F-4 Phantom II slot after USAFA graduation. He would spend nearly five years training and flying fighters in Europe.

He served as a war readiness officer at Bitburg Air Base in Germany. He would later become a squadron liaison officer on a North Atlantic Treaty Organization (NATO) deployment to Norway.

“That remains one of my favorite memories, not only for the intensive flying that far north, but also for the time spent coordinating in the command center with non-US forces,” he remembers. “And the off time was fabulous — watching the Aurora Borealis from directly below on numerous occasions and getting to know local Norwegian families.”

He would close out his military service at Luke Air Force Base in Arizona. Garrison’s final Air Force assignment was teaching Aeronautics and Flight Characteristics to the new fighter pilots. He would separate after six years of service.


Going to the Air Force Academy remains something I feel good about — and draw from — virtually daily even now. I am immensely grateful for the quality of education, experience and leadership training I received there. It has served me well and has benefitted the communities and organizations I’ve worked with over the past 45 years. 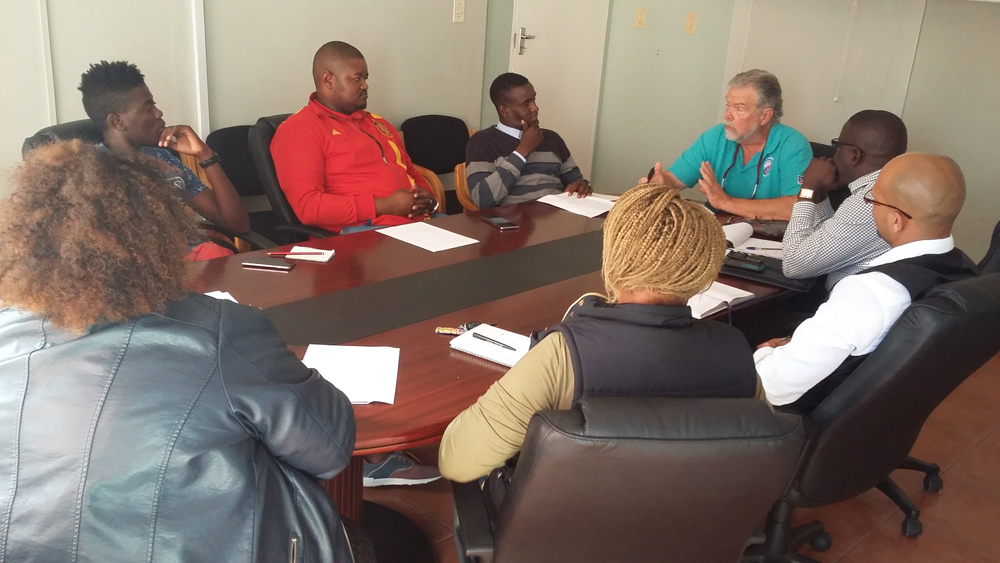 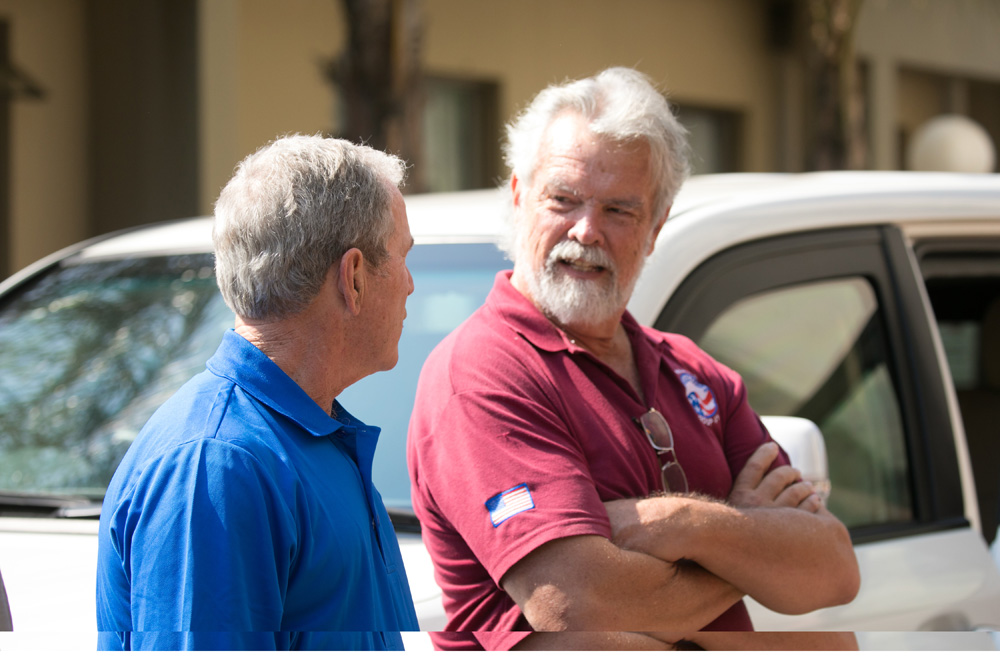 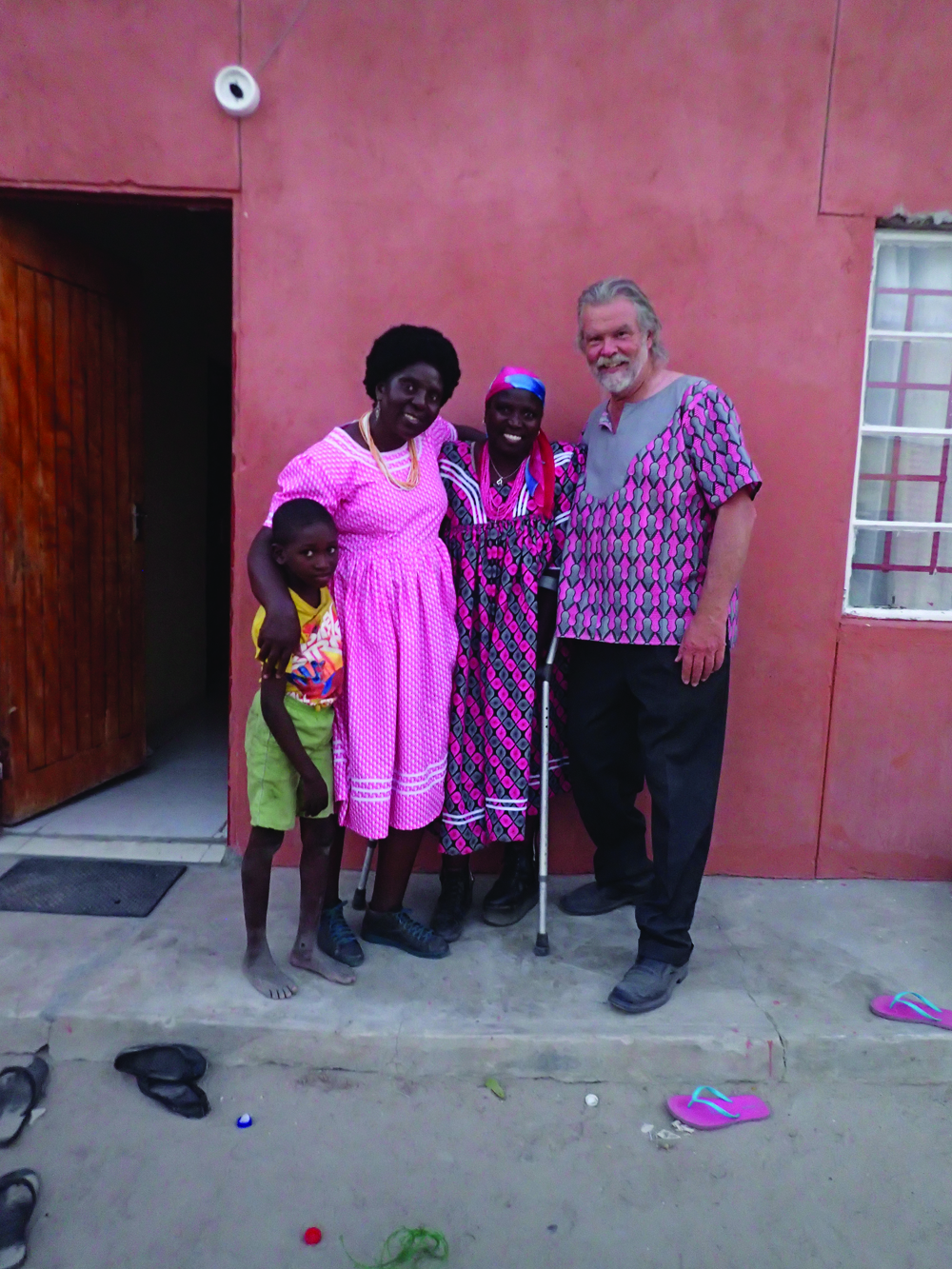 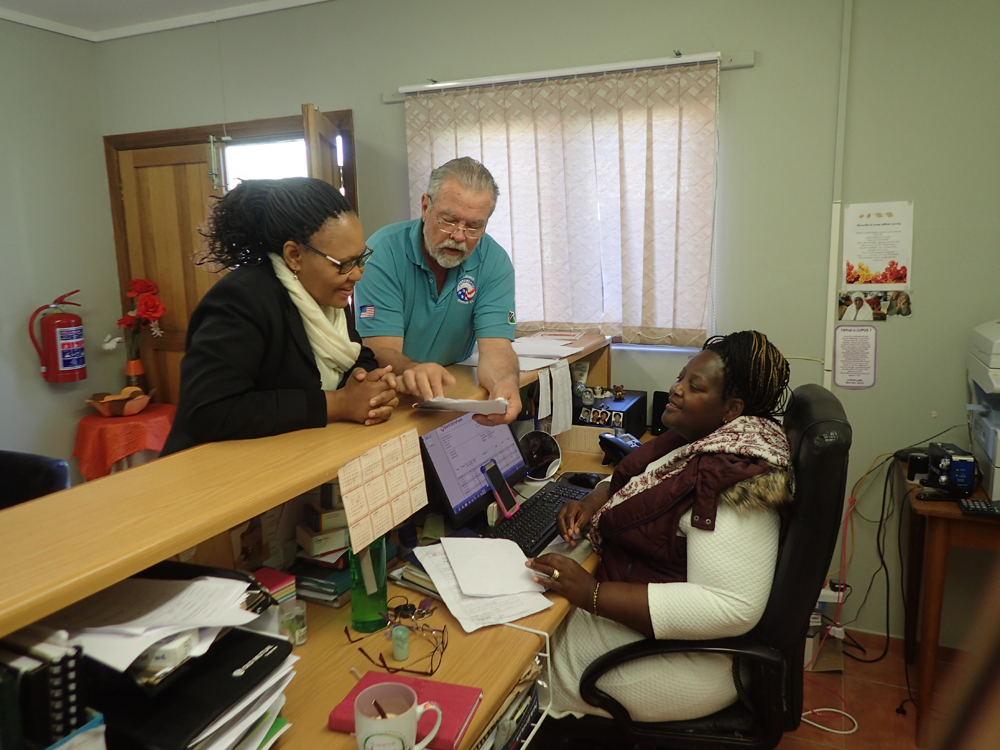 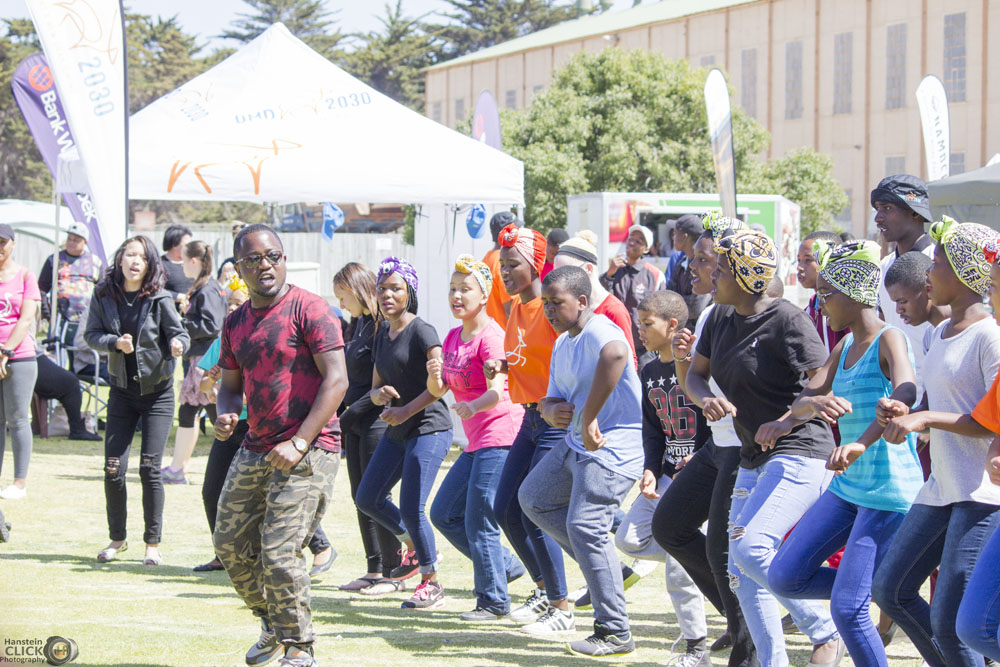 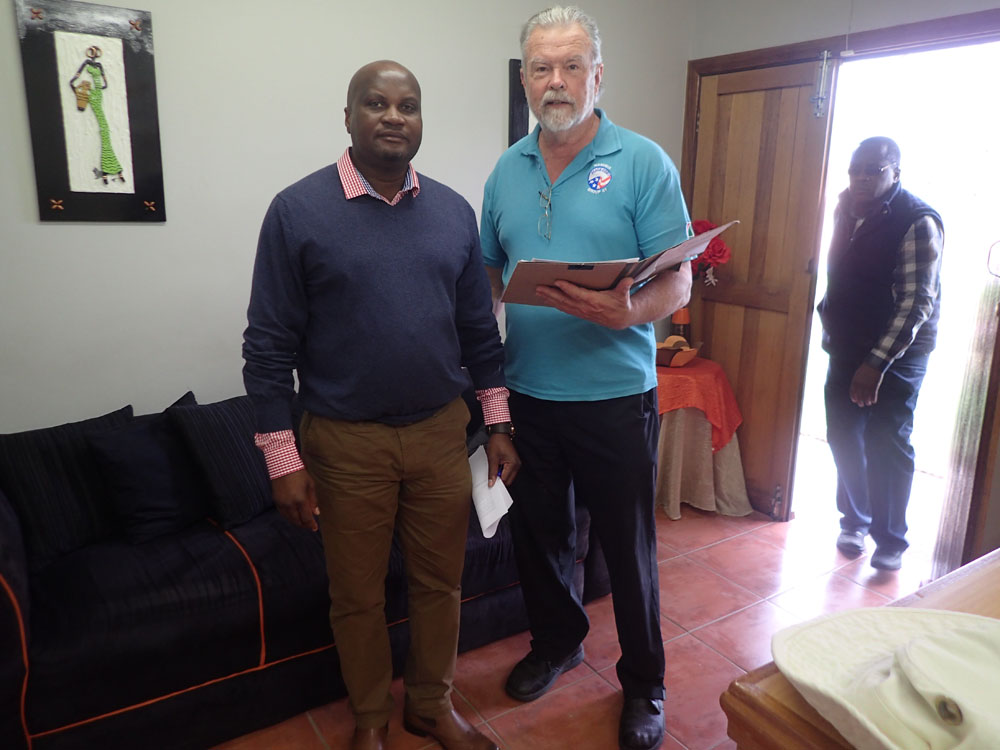 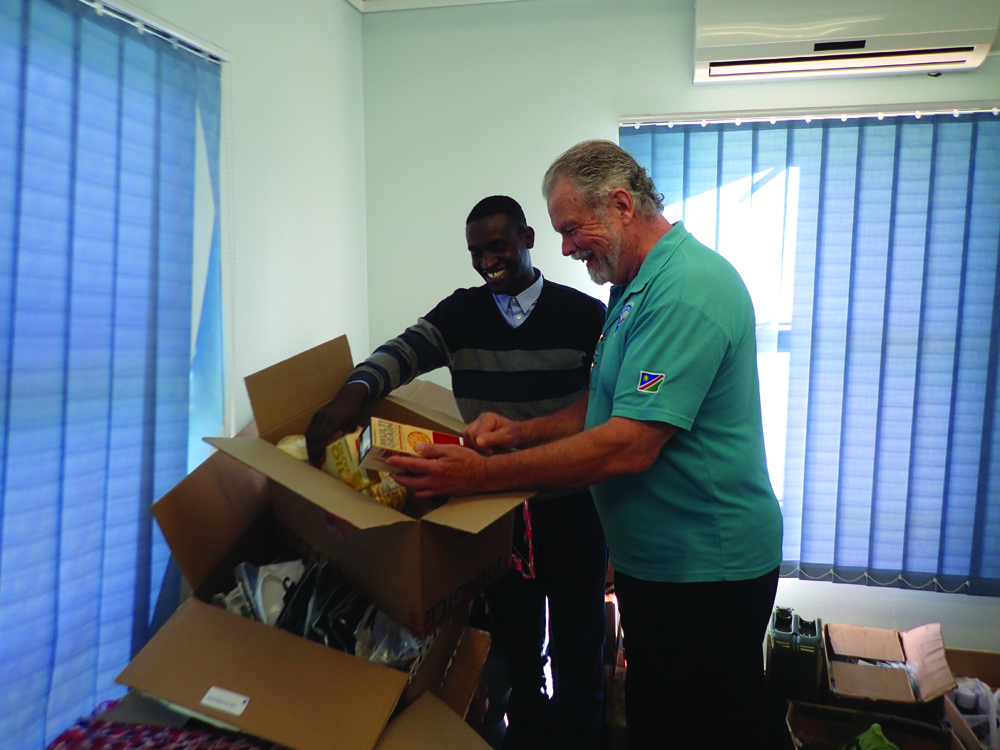 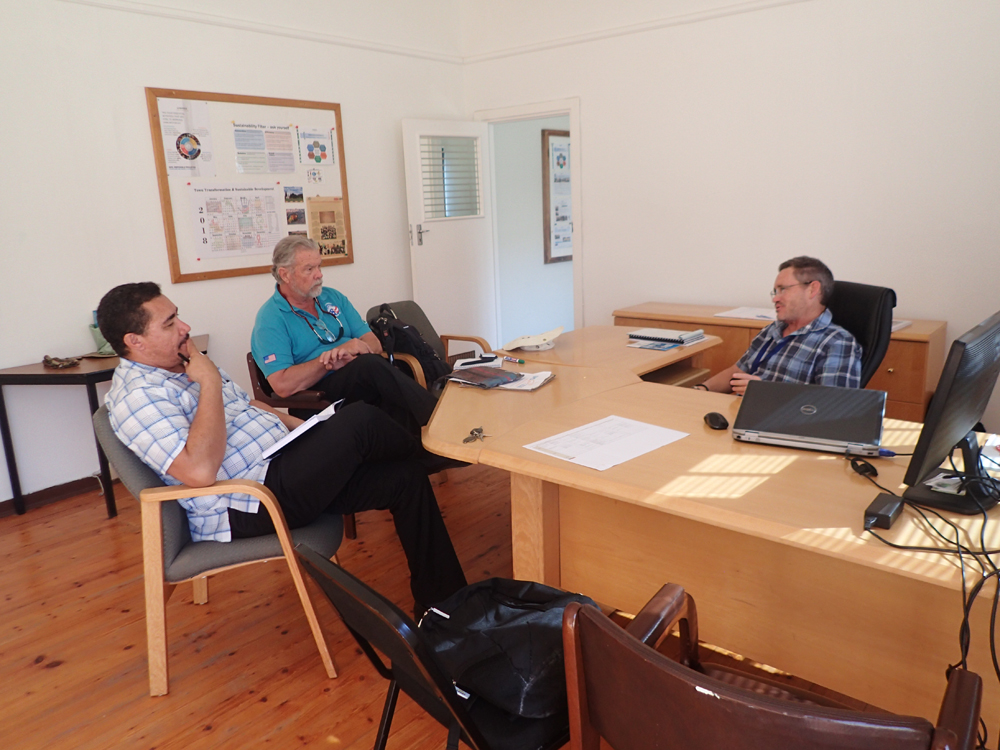 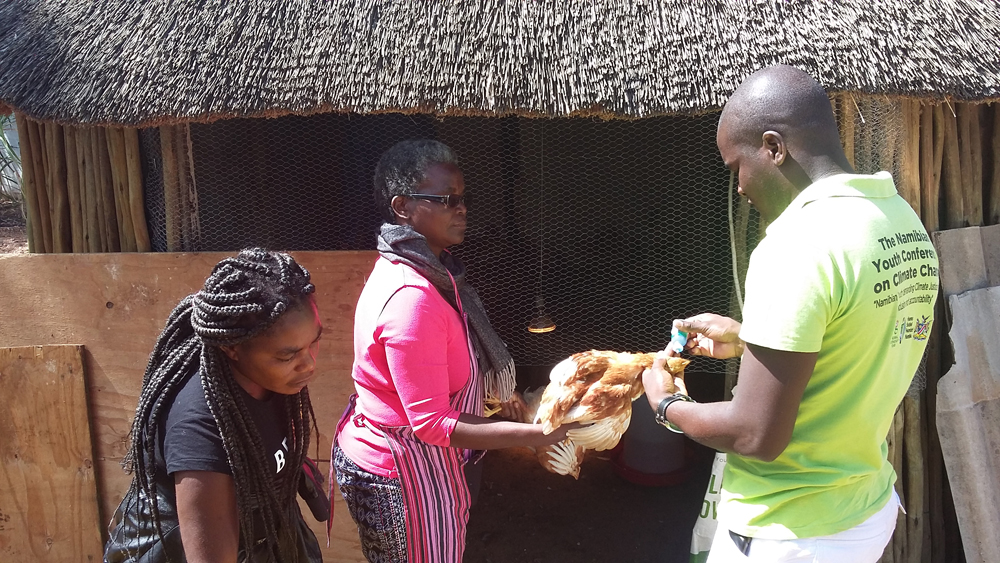 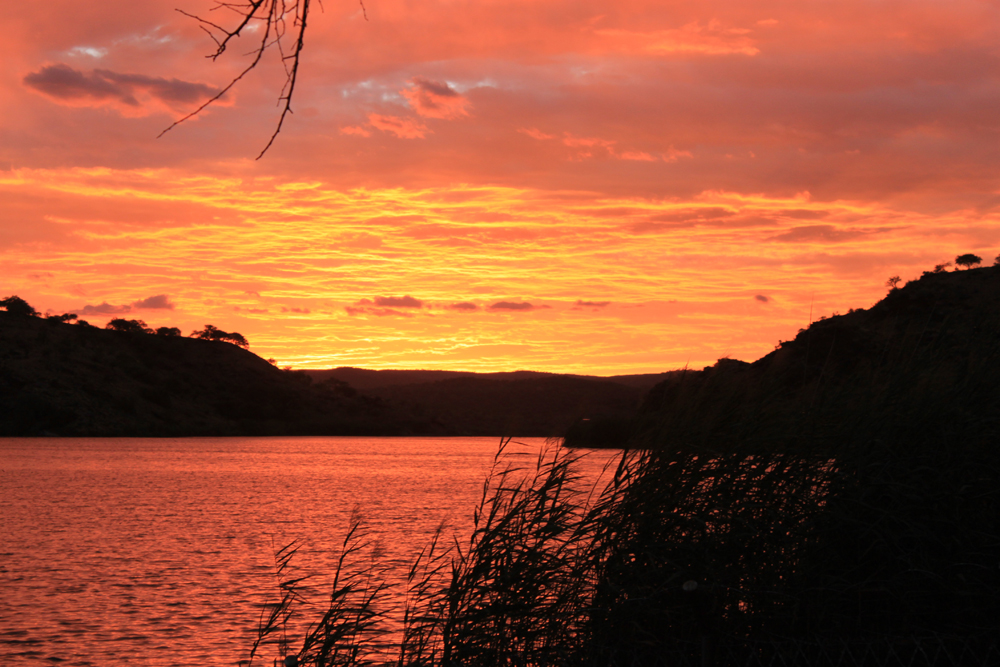 A few years after ending his Air Force career, having earned a master’s degree in human resources management in night school at Bitburg, Garrison would complete his master’s in business administration from Southern Methodist University in Dallas and then a master’s in international management from Thunderbird School of Global Management in Arizona.

He would land a job with IBM shortly thereafter. He would then join the team at Honeywell, before taking a position with an up-and-coming international company, ComputerLand.

Eventually he would venture out on his own, becoming a contracted computer programmer and consultant.

“I ended up working for myself for over three decades with dozens of clients from very large Fortune 100 companies to mom and pop stores,” he reports. “Disciplines included finance, general management, sales, program management, systems development, and financial systems design and development.”

Garrison says he relied on the never-give-up attitude he developed as an Academy cadet to find success in the business world.

“The early part of my career, I spent a lot of time scared of being able to make it on my own,” he says. “Over time — as happens with most of us — I developed a self-confidence that only comes from experience. It worked out after lots of ups and downs.”

While providing contractor services for RAND Corporation, Garrison even worked as a professional actor part time in San Francisco and Los Angeles.

In his free time, Garrison says he would travel extensively. He estimates that he’s lived in or visited more than 45 countries over the past 45 years.

“And for the last 25 years, before departing for Africa, I lived on a 42-foot sailboat because I loved that way of life,” he says.

Now 68, Garrison says he is drawing his full Social Security benefits and living off money accumulated from a recent high-paying job.

“Retirement is something I just don’t aspire to,” he suggests. “Life is way too interesting and full of new experiences to stop trying something new.”

He had considered joining the Peace Corps at different stages of his life, but wasn’t in a financial position to do so until 2014. A close friend had served with the Peace Corps in Uruguay staring at age 65 and encouraged Garrison to do the same.

“The Peace Corps seemed like the right combination of excitement, new experiences, challenge, and being able to contribute in some small way,” he says. “I’m not a person that needs a lot of creature comforts. I am not trying to build a career, or make more money, or make my mark at this point in my life.”

Garrison’s first overseas assignment was supposed to be Macedonia, but political unrest in that region forced the Peace Corps to pull out its program volunteers.

When Garrison asked Peace Corps officials where he would be headed instead, they told him Namibia. He thought that country was in Africa, but he wasn’t sure.

“I had no idea,” he reports. “I’d already told them I would go wherever they could use me, so it wasn’t hard to say yes.”

The African word for “wake up,” Penduka is a community trust established to work with women who are disabled and/or disadvantaged.

For his first Peace Corps assignment (after two months of in-country training), Garrison moved to Katatura, a very poor portion of Windhoek in the Khomas region of Namibia in June 2015 to help the organization become self-sustaining. Over the previous 10-year period, Penduka Trust had suffered mismanagement and was on the verge of folding.

During his two years of service there, Garrison helped the 28 women operate their business more efficiently and maximize their profit margin for everything from jewelry and clothing sales to egg production.

While at Penduka, Garrison applied for grants to help the organization install solar panels so it could save money on electricity.

In addition, Garrison conducted a crowd-funding campaign so the women could buy chickens, cages and production equipment as another source of income.

“This was probably the favorite thing I’ve ever done in my life, to be honest with you,” he reports. “I’m never going to forget this experience or the people who I met at Penduka.”

When his initial 26-month commitment to the Peace Corps was complete, Garrison applied for another two-year stint. He was aware that the community of Oranjemund was in need of development help, so he jumped at the chance.

He’s been on the job there for almost nine months, meeting regularly with local leaders, business people and entrepreneurs. The goal is to transform the community into a functioning town with a diverse economy that does not depend on Namdeb’s mining operation.

“There are a number of reasons Africa is struggling economically and it is not even possible to have a clear understanding of the causes,” he says. “It’s not possible to make big changes quickly, but I feel good about what I’m doing. You can see people’s minds opening to what’s possible.”

Garrison says he enjoys the never-ending variety of challenges and opportunities he faces in Oranjemund each day.

“That’s one of the things I like about the Peace Corps,” he admits. “I’m in another exciting adventure in my life, and I get to work with wonderful people.”

Garrison’s career shift from a military orientation to a peace organization have caused a few of his friends to suggest his decision is a bit of a “sellout.”

“I don’t think the two roles are at all at odds,” he explains. “I still believe in a strong and capable military, but I also believe in trying to get people to work together in this increasingly small world to assist everyone involved to improve themselves to the overall benefit of everyone.

“The USA cannot be a world leader based purely on military might, as essential as that might be in the real world. The part I can play now is to work with the softer skills of cultural exchange, education and understanding. That is equally, or even more, essential.”

Even as he ages, Garrison says he still has much to contribute to Namibia in the years ahead.

“I so appreciate the people of Namibia,” he explains. “They are friendly, helpful, almost invariably warm and richly accepting. I like these people, and will be trying to better understand my friends here until the day I die … which I hope is a ways off.”

Garrison would like to extend his Peace Corps service for another two years until 2021, but he’s not certain the organization will allow him that opportunity.

“I will stay a volunteer as long as the Peace Corps lets me, but that most likely will not be past August 2019,” he says. “But I may just stay here — Namibia may be my final home.

“I am, in some very small way, helping as much as I can to make this town into a place the children here will want to raise their own children in. I feel useful, and valuable, and I simply do not miss the USA at all. I miss my friends and family, but not the USA.”

To follow Garrison’s African adventure, visit his blog at WITWIA.com (which stands for “Where in the World is Andy”).

To contribute to Garrison’s efforts in Namibia, contact him directly at andylists@gmail.com or visit WITWIA.com. “I can guarantee — through the Peace Corps — that 100 percent of donations go directly to the intended recipients. There is zero administrative overhead nor any corruption.”