Lt. Col. (Ret.) Mark Deysher ’85 was perfectly comfortable with his life back in Colorado.

As a physical therapist, his career was humming along at the Colorado Center for Orthopaedic Excellence. His wife, Mary Diane, loved her teaching position at a local school.

The couple had a beautiful home near Monument and was actively involved in a local church. Plus their three kids were off to college and it was time to enjoy the empty-nest stage of life.

But for whatever reason, Mark says he had a sense that it was time to move on to a new challenge. Little did he know that an unexpected career detour would lead him to Africa.

“There was an ache in my heart to serve beyond the clinical realm,” he explains. “There was always a gentle unrest.”

The cure for his unsettled soul came in the form of a guest speaker at church. Inspired to take action, Mark soon signed up with CURE International for a short-term mission trip to Zambia, Africa, working with youngsters in need of specialized orthopedic care.

“I got to experience what CURE does firsthand,” he says.

When he returned home in April 2017, Mark felt God was telling him to return to Africa to continue his work with disadvantaged kids. He applied to CURE International and in September of that year was hired as the chief executive officer and director of the Beit CURE International Hospital in Blantyre, Malawi, in sub-Saharan Africa.

“They said they wanted me to do more than just physical therapy,” he recalls. “They said, ‘You have senior leadership skills, you’ve led within the Air Force. We think you could come and be one of the executive directors.’”

After a reconnaissance trip to Malawi to check out the community and facility, the couple signed up for a three-year commitment to serve there.

“It came to the point where we needed to put feet under our faith,” Mary Diane suggests. “We could say this is what we believe and what we value, but when the opportunity came to step out, were we going to do that?”

The Deyshers were back in the States for the recent holiday season and enjoyed some much-anticipated family time with their children. They stopped by the Association of Graduates to update the graduate community about their ongoing African adventure.

During high school, Mark decided he wanted to attend a service academy. He fortunately received an appointment to USAFA.

“I wanted the opportunity to serve, even though I was really the first person in our family who had a military orientation,” he remembers.

He arrived at the Academy with the goal of becoming an engineer, but switched to biology after a couple years.

Upon graduation, Mark’s first assignment was at Wright-Patterson Air Force Base as an intelligence officer.

With the thought of possibly pursuing medical school, Mark then headed to biomedical laboratory training and an eventual assignment at Williams Air Force Base. He later completed a graduate degree in physical therapy, specializing in sports medicine. After several assignments in various locales, Mark become a commander in the military hospital system.

Having completed 22 years of service to the Air Force, Mark and Mary decided it was time to settle down. Their children were heading into high school, and they all wanted to be in one place for a while.

Mark separated from the Air Force and the family ended up back in the Colorado Springs area. For the next nine years, he worked in physical therapy with local corporate and private practice orthopedic groups.


They said they wanted me to do more than just physical therapy ... they said, 'You have senior leadership skills, you've led within the Air Force. We think you could come and be one of the executive directors.' 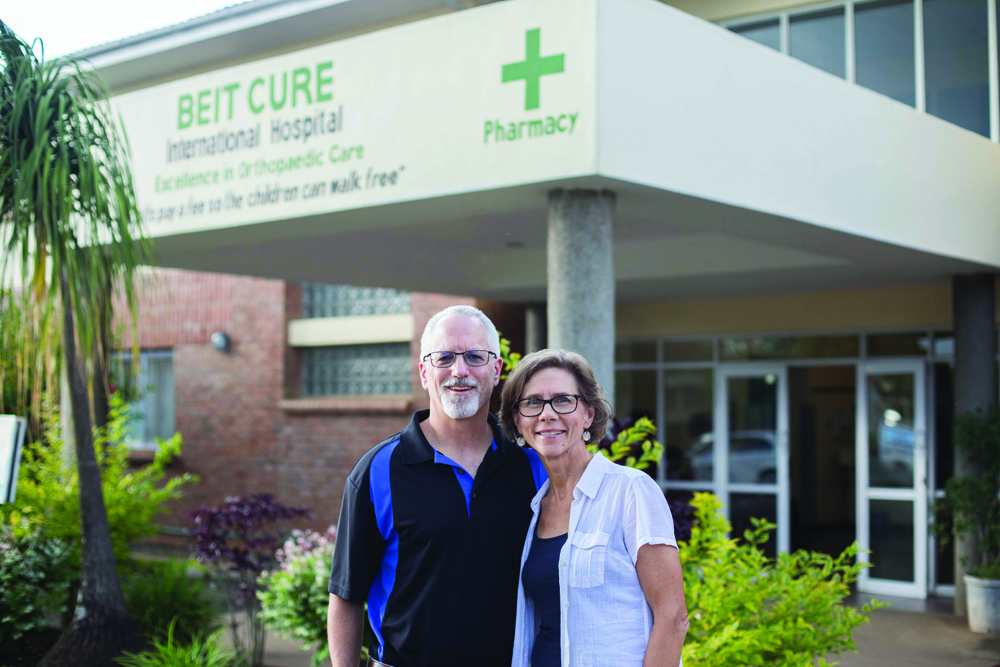 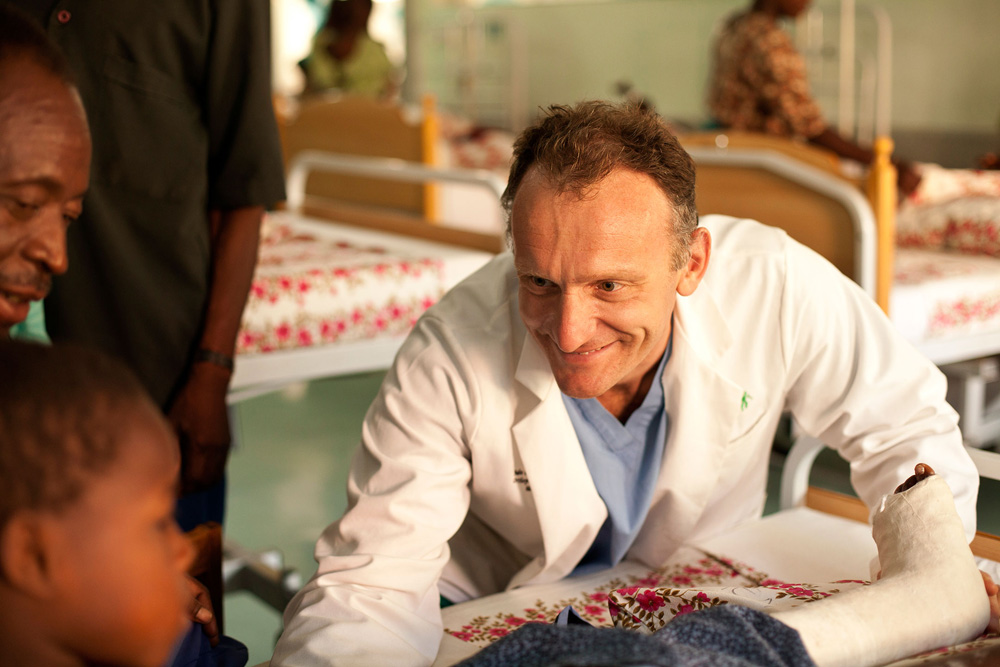 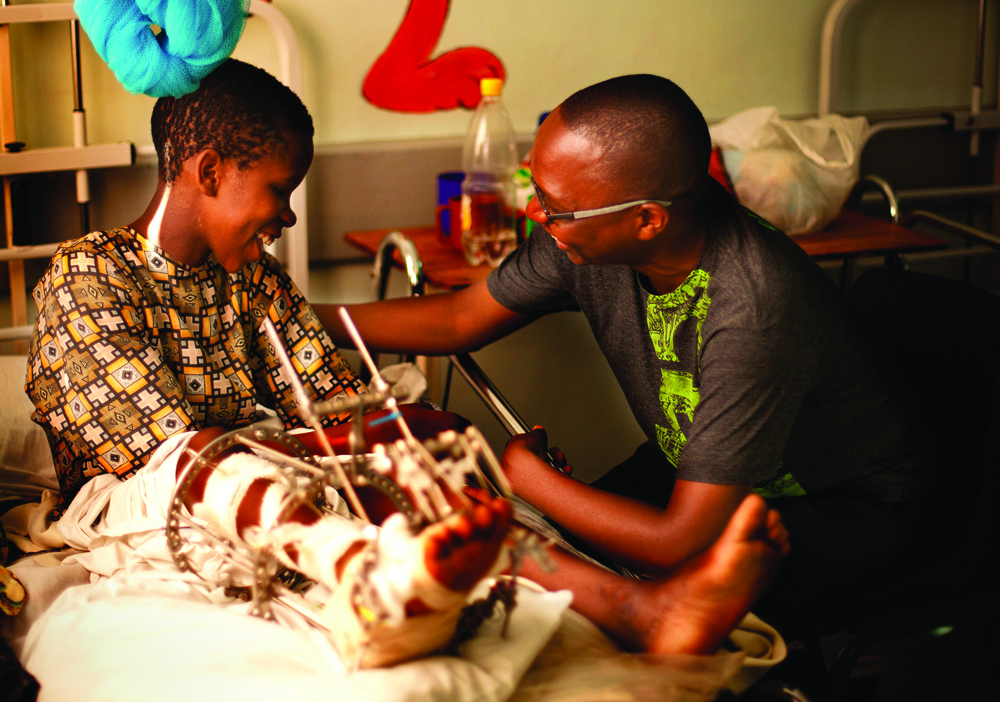 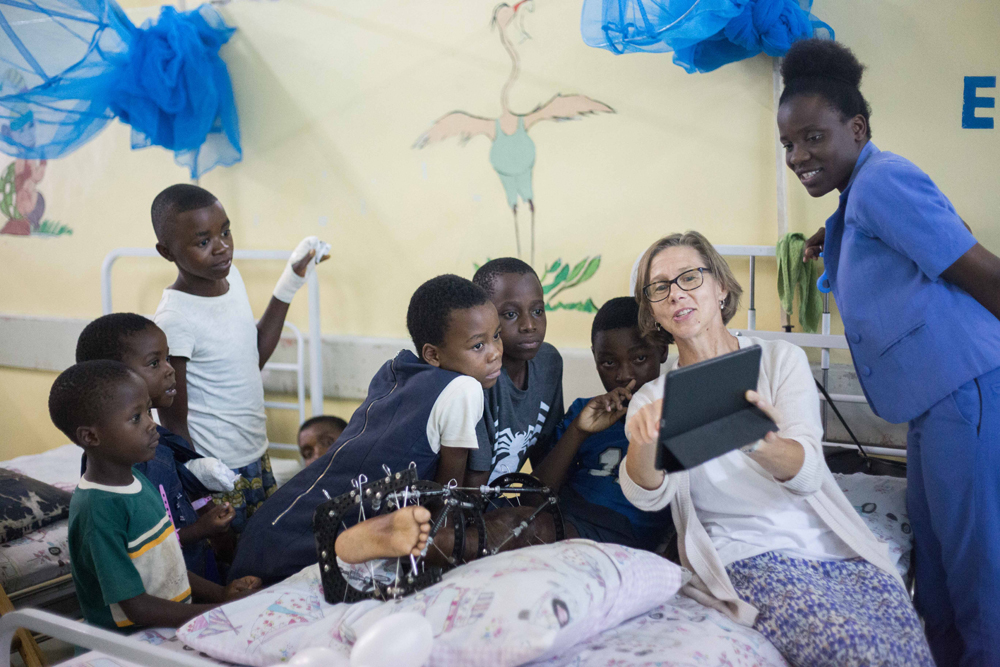 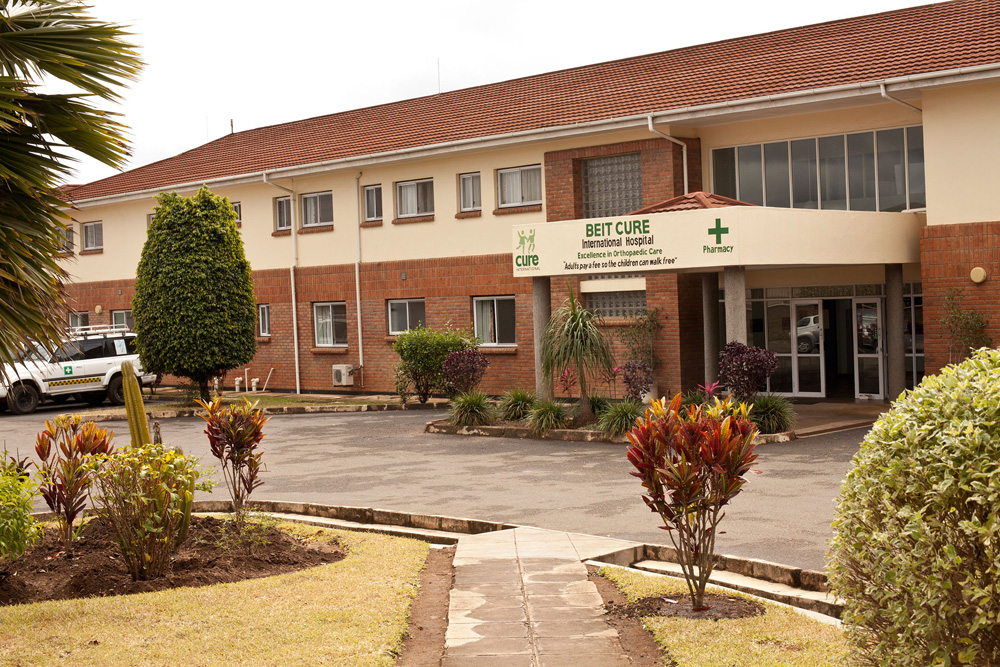 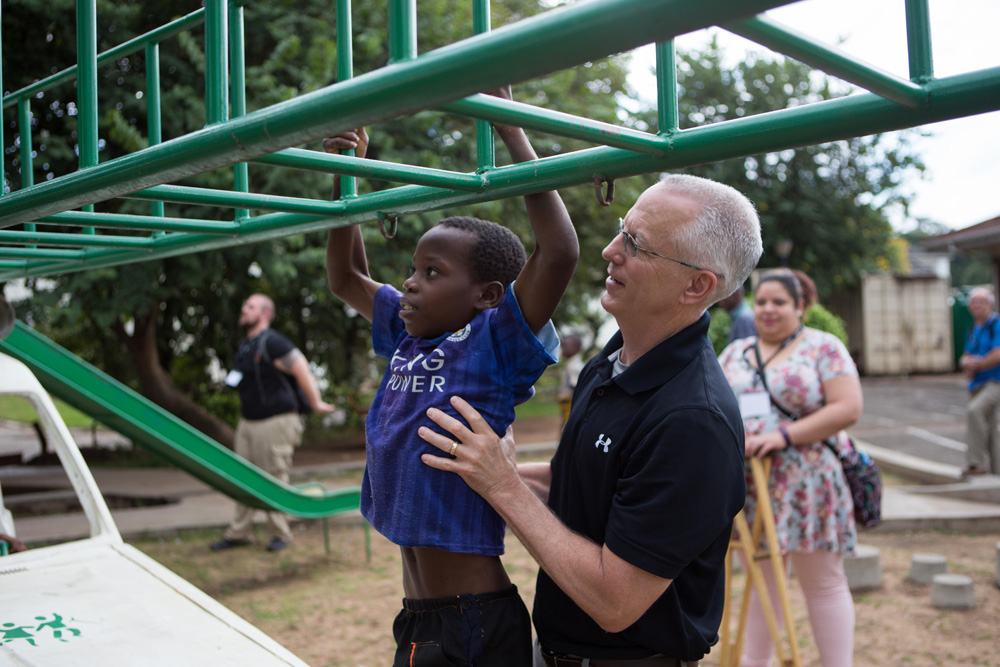 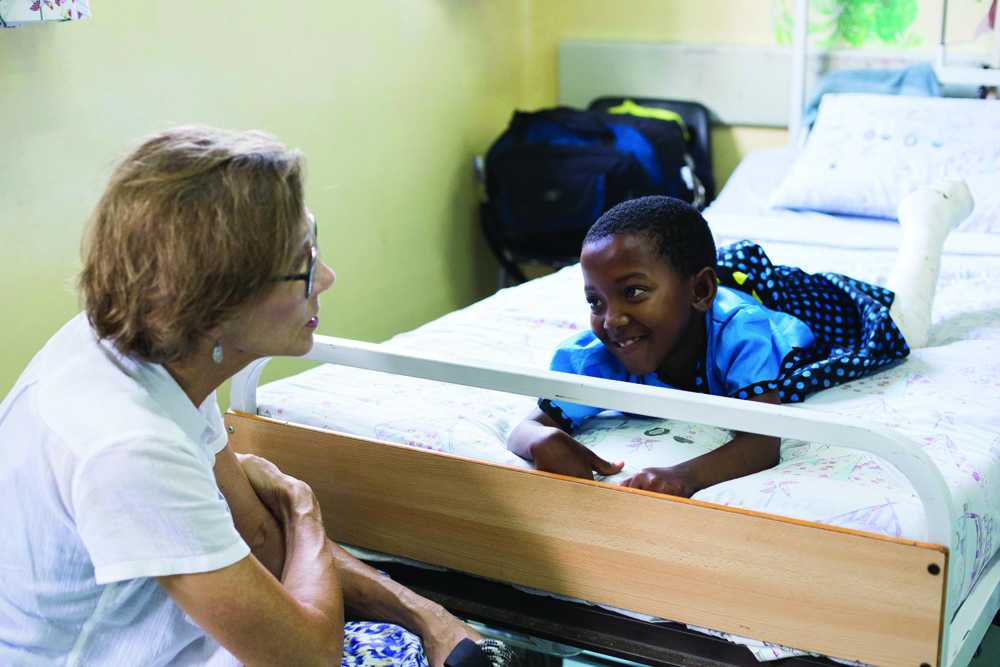 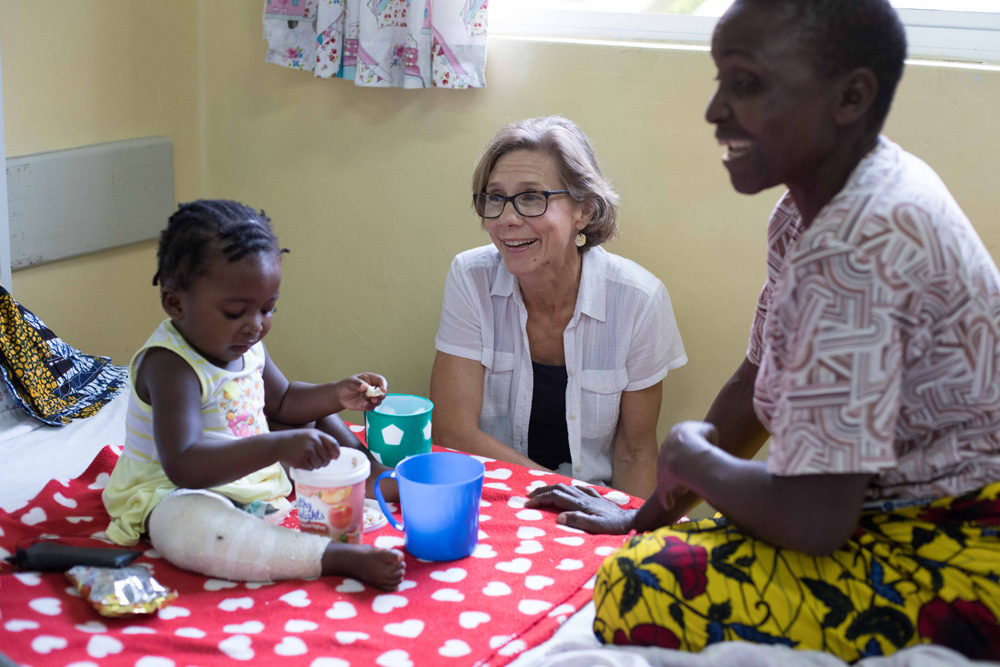 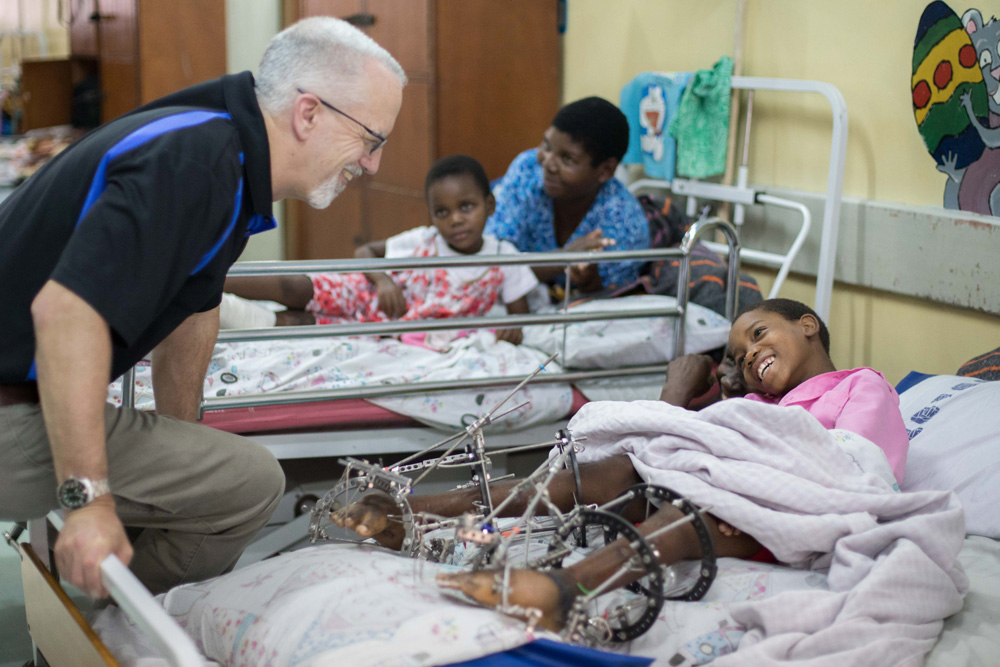 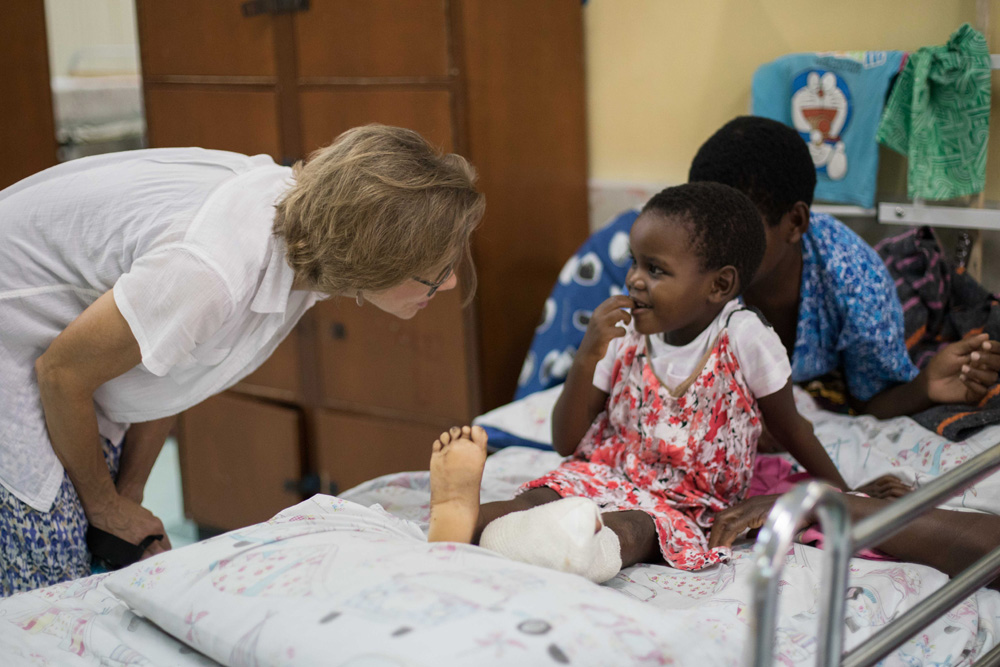 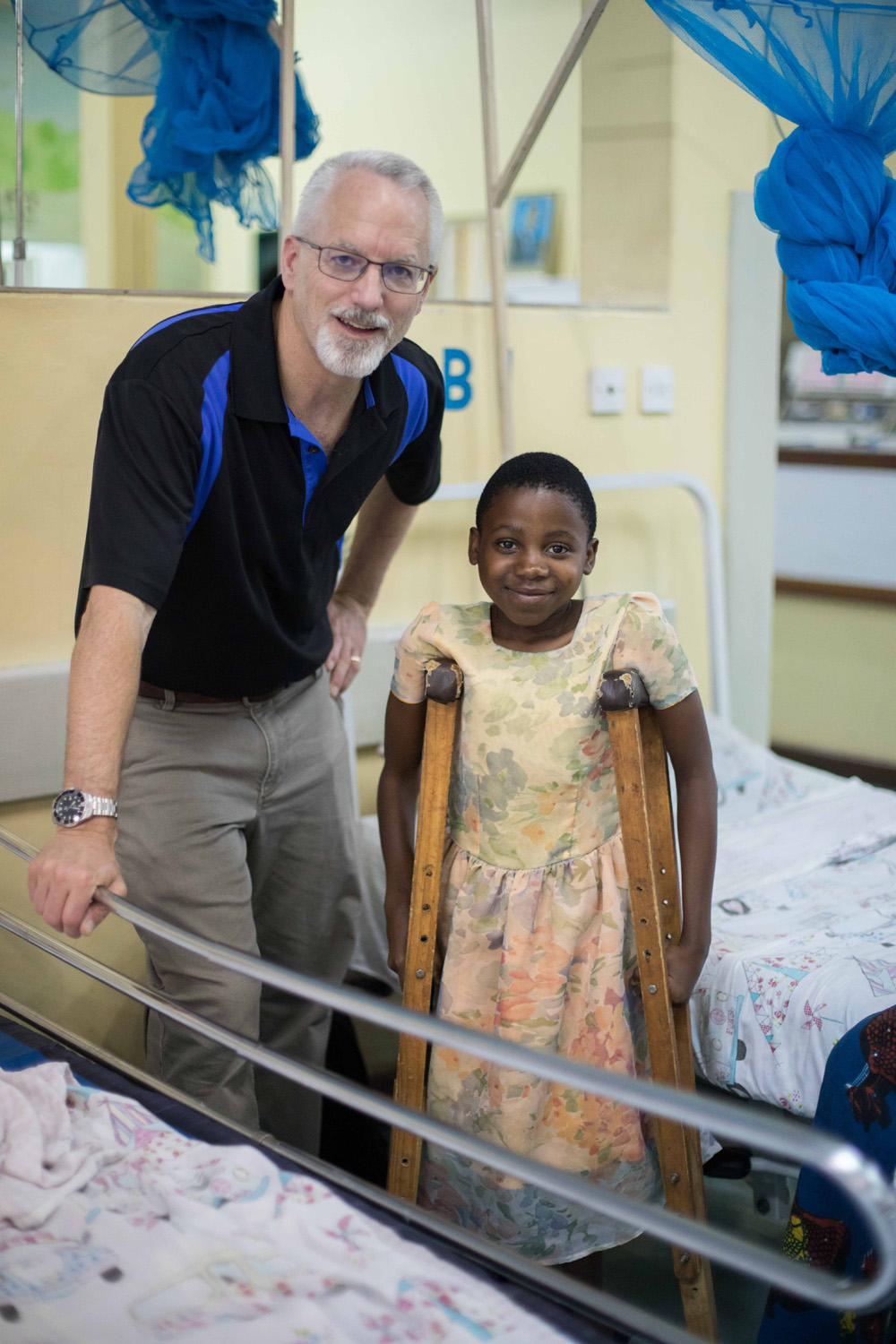 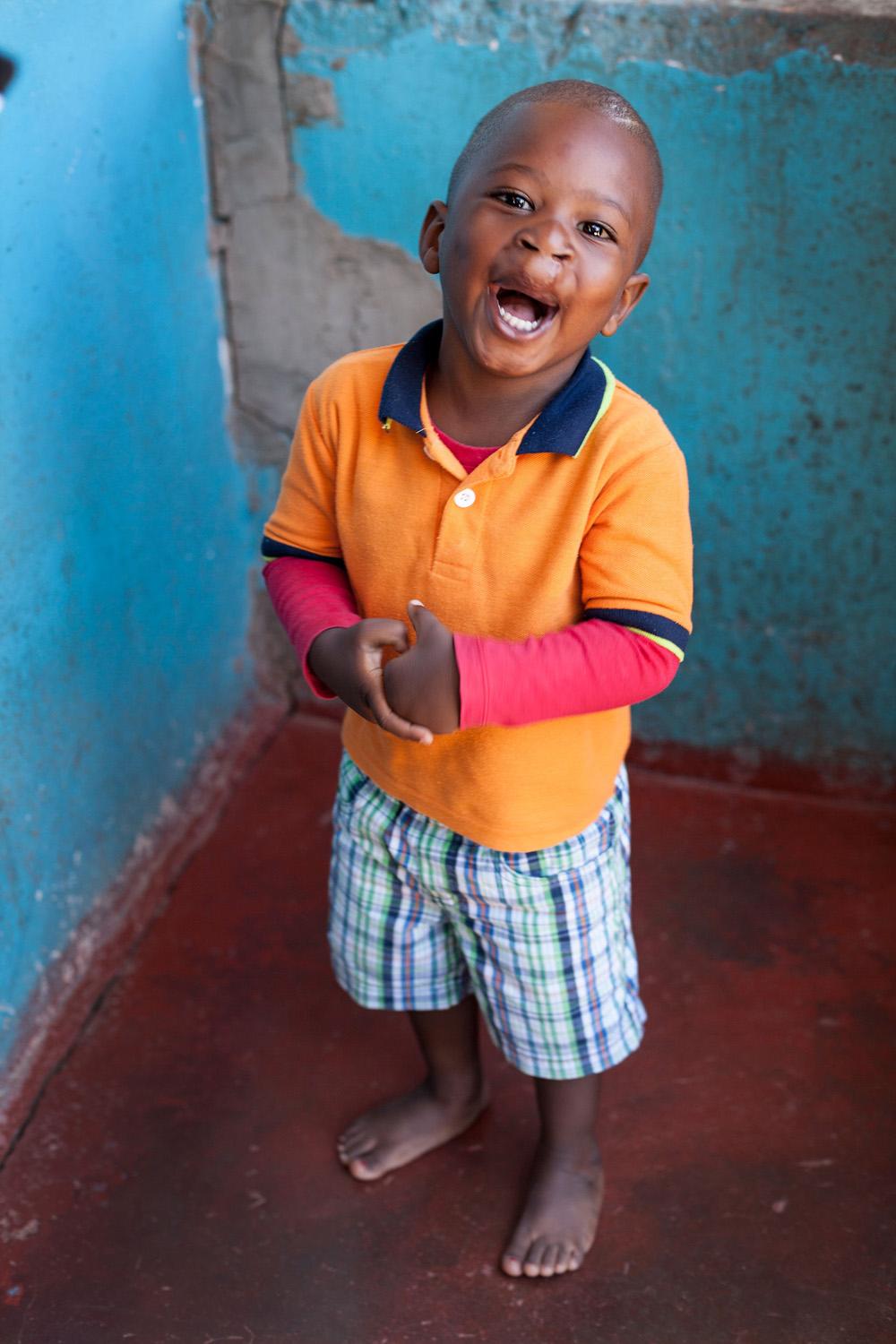 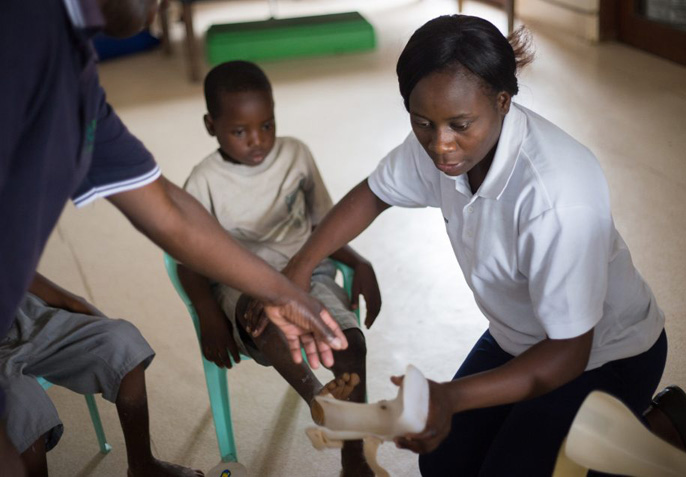 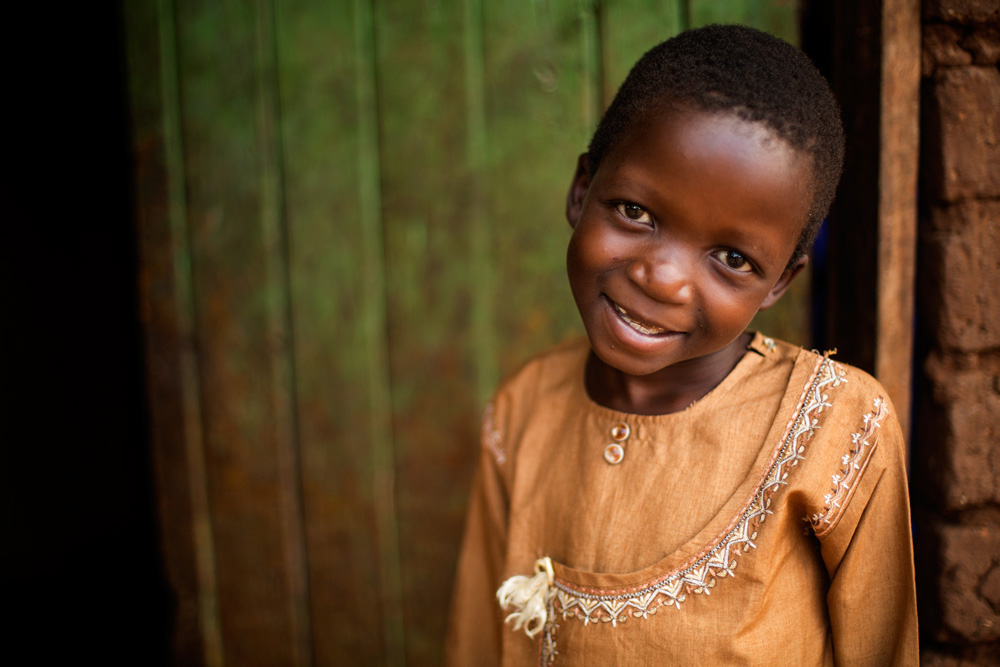 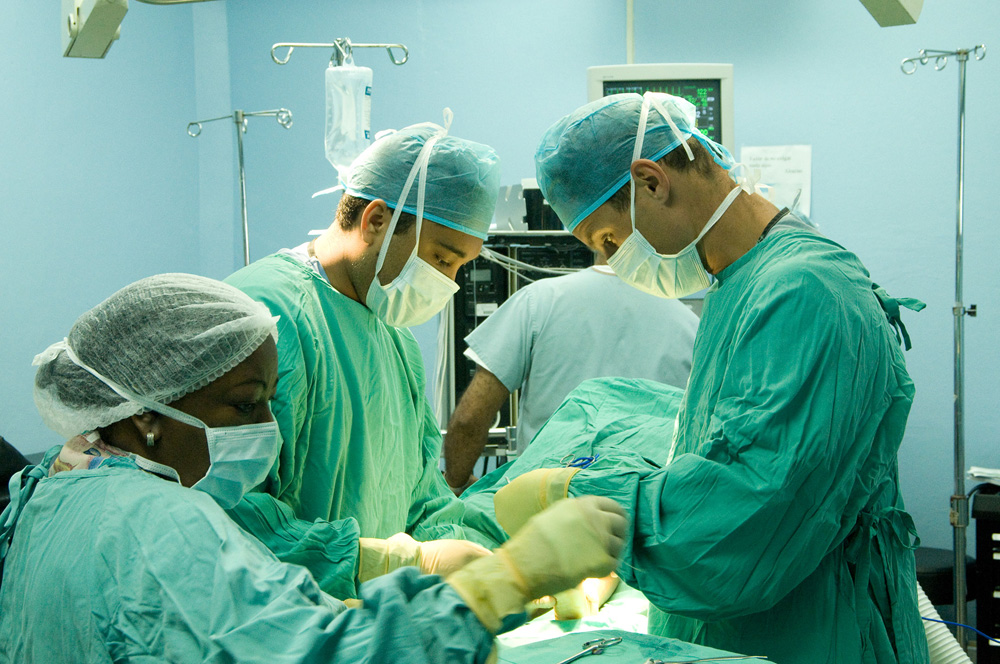 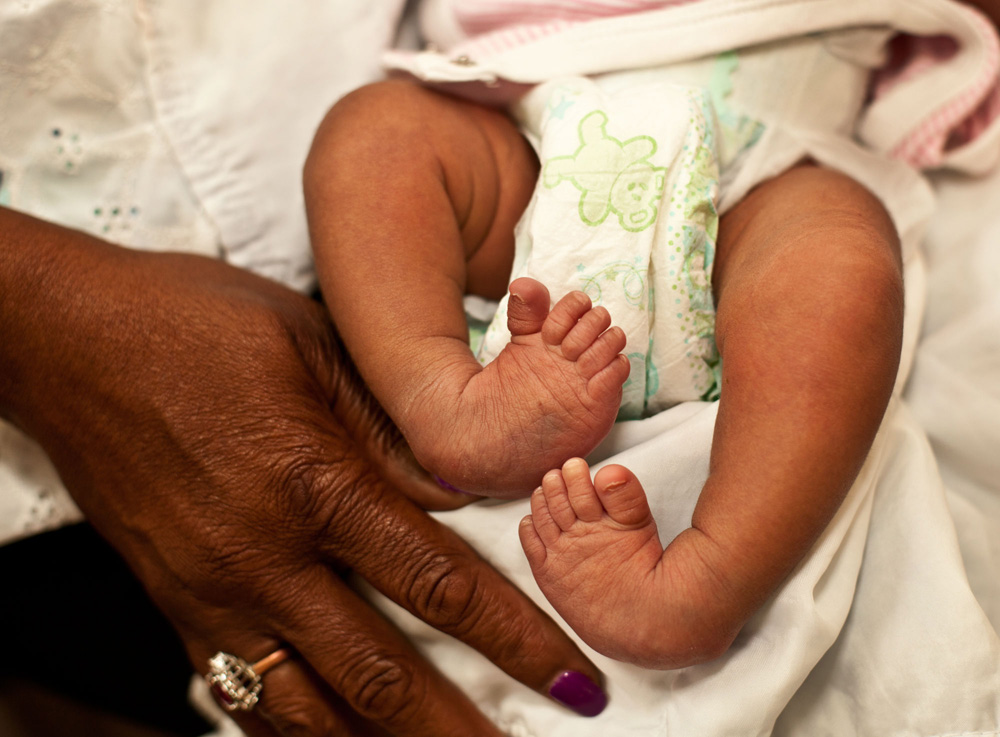 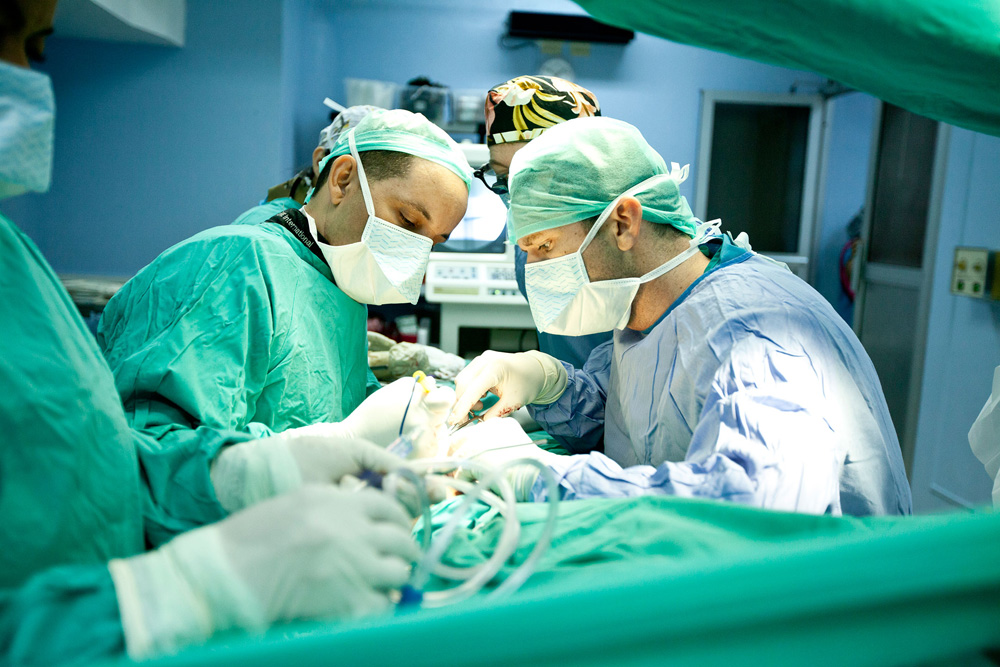 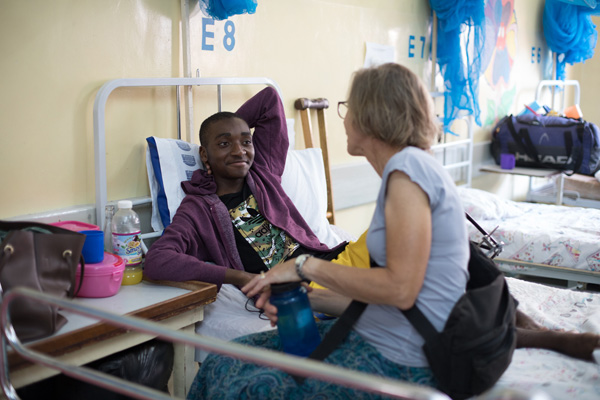 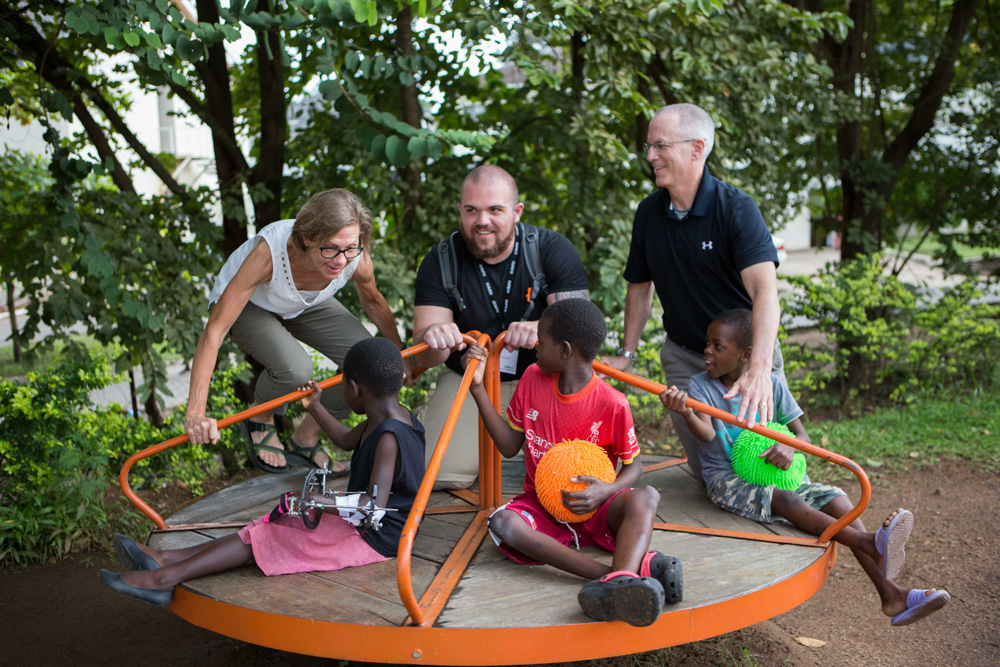 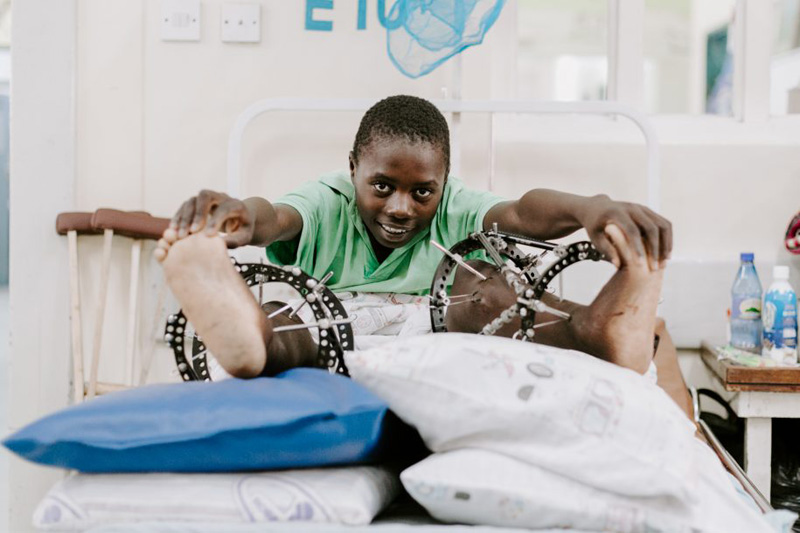 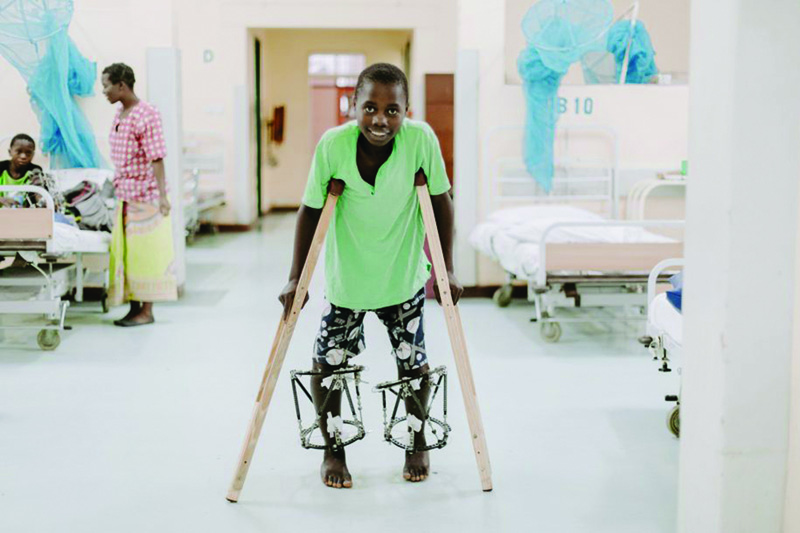 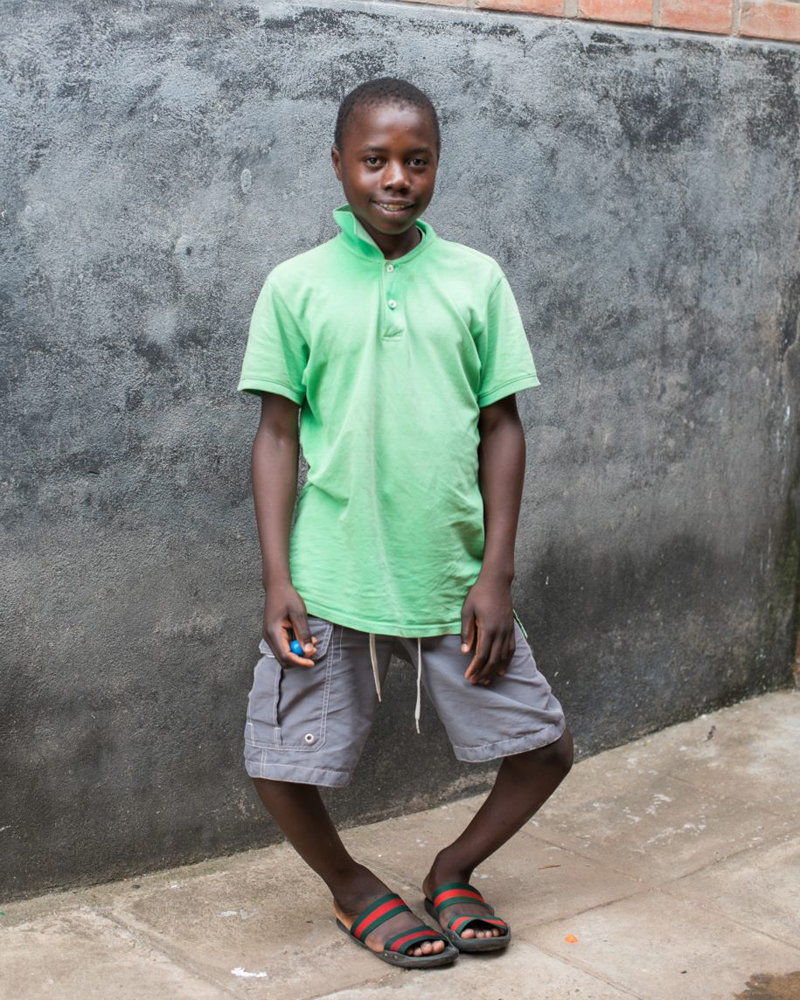 Now Mark and Mary Diane find themselves in Africa.

“I was thinking this might be something I could do when I fully retire,” he laughs, “maybe going to serve for three or four months.”

But ignoring God’s call, Mark says, was not an option.

Mark likens his most recent job change to jumping off the high dive during Basic Cadet Training.

“Do you take the step and go in or not?” he remembers. “What we didn’t know was how high this dive was. It’s higher than we thought, but the God we serve is bigger than we think, too.”

Mary Diane says it was a family decision to accept the job in Malawi, and the Deysher children were very supportive.

“It’s a little bit strange having your parents moving 9,000 miles away,” she explains. “We knew this was going to be a hard calling. But what we were being asked to do was just to step out in faith and obey.”

The first year has, in fact, been a challenge. Mark and Mary Diane continue to adjust to living in a new culture.

Mary Diane spends most of her days keeping up the household, taking care of basic necessities and navigating third-world challenges. She enjoys connecting with hospital staff and also helps out with special projects at the hospital.

“It’s been a hard year, but it’s been a great year,” she admits.

Mark spends his days on administration of the hospital, ensuring that revenue and donations pay for the considerable expenses. He felt well prepared for his role, thanks to his Academy and Air Force experiences.

“We’re exactly where God has called us,” Mark adds.

Since opening its first hospital in 1998, CURE — an international Christian mission organization — has treated more than 3 million patients and conducted almost 200,000 surgical procedures in 26 countries. Among the most frequent maladies addressed by corrective surgery throughout the CURE network are clubfoot, bowlegs, hydrocephalus and spina bifida.

At Beit CURE Hospital in Malawi, approximately 135 surgeries a month are provided for free to disabled children. Because Malawi is ranked the sixth poorest country in the world, health care isn’t readily available to most children with deformities or skeletal issues.

“The children in Malawi are marginalized if they are disabled, so they would not have a future if they aren’t treated,” Mark says.

Other medical services at CURE Malawi are offered to adults for a fee, and the revenue generated from older patients helps keep the hospital operating. The hospital is well known throughout the region for its total joint replacement surgeries, and adults travel there from neighboring countries to receive quality care.

“Within all of Malawi, there are only 10 orthopedic surgeons,” Mark explains. “At our hospital, we have four. So, within the region that we’re located, it’s a medical mecca.”

The hospital is staffed by 122 Malawian nationals and eight international workers (including medical personnel from Kenya, Uganda, Pakistan and the United Kingdom).

The staff treats any patient, regardless of their faith or nationality, Mark says.

“We don’t discriminate,” he says.

While at the hospital, patients are well fed, given plenty of time to heal, and provided spiritual care if needed.

“Nutrition is very poor in the country,” Mark says. “The kids may only have one meal a day, often what’s called porridge. Here, we provide three meals — breakfast, lunch and dinner — to them at no cost.”

Up to 50 young patients are admitted to Beit CURE Hospital Malawi each Sunday. Eight to 12 surgeries per day are scheduled for Monday through Friday.

“We have three operating rooms going at the same time,” Mark notes. “We have state-of-the-art radiology and x-ray capabilities. We also run physical therapy. It’s a very busy place throughout the week, but it’s just a great place to serve and give back.”

There have been many miraculous success stories that Mark has witnessed over the past year.

One in particular involved a 14-year-old boy who needed a badly fractured leg repaired. An avid soccer player, the boy was sidelined for months.

“He wanted to get back to playing soccer,” Mark recalls. “It was a three-month process for him to get fully healed. When he came back to the hospital, I saw him walking down the hallway without crutches. It was just a joy to see him.”

Not every story has a happy ending, however. Mark recalls one young girl who came in for treatment of a bone infection, only to find out she had cancer. She died a short time later.

The ups and downs of serving marginalized children can be exhausting, Mark admits, but the Deyshers are buoyed by the knowledge that they’ve followed God’s leading to their current role.

“The poverty that you see on a day-in-day-out basis wears you down,” he says. “But life is short — what is the mark that you want to leave? We’re serving for God … to be the light that He calls us to be.”

Since graduating from USAFA, Mark says he’s been committed to leading and serving — whether it’s in the military, local community or non-profit organizations. He adds that serving is a life-long commitment.

“We are so privileged in the U.S. with resources and education,” he notes. “No matter where you are or what stage of life you are in, giving back to those in need — those less fortunate — is something we are called to do.”