To the Moon and Beyond: USAFA grad joins Artemis astronaut generation

Eleven U.S. and two Canadian astronauts made up the most recent class, which conducted its graduation ceremony at Johnson Space Center on Friday morning, Jan. 10. The graduation ceremony was the culmination of two years of intense training completed by the new space travelers.

This new class of the first of the Artemis generation of astronauts and they are in for plenty of adventure ahead. The 13 astronauts are slated to take part in upcoming missions to the International Space Station (aboard commercial spacecraft using American-made rockets for the first time in years), as well as a return to the Moon by 2024 and perhaps the first voyage to Mars.

At Friday’s graduation ceremony, NASA Administrator Jim Bridenstine talked briefly about the all that the new class has to look forward to.

He noted that — on top of the return to the Moon for the next male and the very first female astronauts — a Lunar Gateway is planned in the coming years that will orbit the Moon. The Gateway will serve as a space station hub for astronauts who will travel to the Moon and then eventually Mars.

Chari and his fellow astronauts received a silver NASA Astronaut Pin on Friday for completing the required training. They each will later receive a similar gold pin, once they have actually traveled to space.

In a telephone interview with the USAFA Association of Graduates following his graduation, Chari said the Johnson Space Center celebration was extra special with his wife, Holly, and three kids — Declan, Brogan, Ellery — in attendance. His mother also was on hand.

“I’ve been to plenty of promotion ceremonies and graduations in my time, but this was definitely a very cool one,” he laughed. “It far exceeded my expectations.”

Chari said the graduation was the next step in a journey that began when he was 5 and admitted to his mother that he wanted to become an astronaut. He held on to that dream when he arrived at USAFA as a cadet.

“I don’t think I would have admitted that to anyone, or maybe only to my close friends … because I was worried that that was a pretty unrealistic goal,” he said.

Chari graduated from USAFA with a degree in astronautical engineering and engineering science. He was part of the first small SAT team at the Academy that has launched satellites to orbit.

Chari completed his master’s degree in aeronautics and astronautics from Massachusetts Institute of Technology and graduated from the U.S. Naval Test Pilot School in Patuxent River, Maryland.

Previously, Chari served as the commander of the 461st Flight Test Squadron and the director of the F-35 Integrated Test Force at Edwards Air Force Base, Calif.

Chari and the rest of the first Artemis Class competed against 18,000 applicants to land a shot at becoming an astronaut.

Over the past two years, Chari and his fellow astronaut candidates have been progressing through training not unsimilar to USAFA.

“It’s very similar to basic training, except a lot longer,” he explained. “At the end of it, it’s not like we can step right onto a rocket and go. All it means is now you have a basic level of competency, and now we can entrust you to go do these other things.”

Right now, Chari is working in the program office for NASA’s commercial crew program doing test for Boeing and SpaceX.

“I am actually loving my job right now,” he admitted. “I was doing test in the Air Force for F-35 before I came here, and right now I’m getting to do test … except for spacecraft. So, I would be happy doing this for a while. Ninety percent of my job is not flying in space. But there’s a lot of getting ready to fly in space.”

Chari is not sure when he might get his first space assignment. On average, it takes an astronaut six years from being selected by NASA before they launch to space.

Once assigned, Chari reported that 18 to 24 months of more specific training awaits.

He admitted it doesn’t matter to him what mission he eventually lands.

“Anything that’s not on the surface of the Earth would be fine for me,” Chari said. “Whether it’s going to the space station, whether it’s going around the moon or landing on the moon, or whether it’s doing exploration beyond the moon. Any mission I wind up on has the potential to come up with new science that helps further the United States and the world. That’s the biggest reason I came to the agency.”

The Artemis class was nicknamed “The Turtles,” thanks to a story Vice President Mike Pence told in 2017 when the class was first announced.

Pence noted that in Indiana, if you come upon a turtle on a fence post, you know it didn’t get there on its own.

Chari said the Artemis Class’s nickname was appropriate because every new graduate recognizes they wouldn’t have been able to achieve their astronaut goals without the strong support of family, friends, colleagues and instructors. 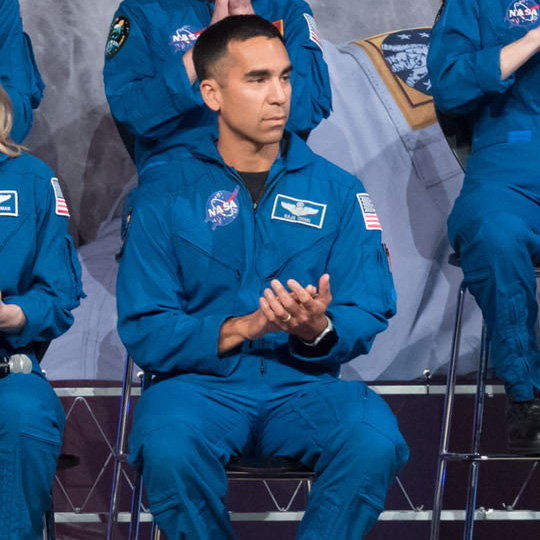