It was the first time since the start of the global pandemic that the groups were able to gather in person at the Academy.

AOG chapter and parent club representatives from throughout the nation gathered to hear updates about USAFA and its supporting non-profit organizations. They also were able to share best practices that will help their groups function more effectively in the future.

The gathering kicked off with a Wednesday night reception at the home of Superintendent Lt. Gen. Richard Clark ’86.

“The first one is our prime directive,” he said. “It’s the priority we have and always will have here at the Air Force Academy, and that’s to develop leaders of character for our Air Force and Space Force. If we don’t do that, we’re just like any other university … and we’re not.”

The second priority is to beat COVID-19, he continued. He applauded his team for its efforts to keep cadets and permanent party healthy over the past two years and to keep USAFA moving forward.

The third priority is preparing the Cadet Wing for the future fight.

“This is an institutional effort,” Gen. Clark said, noting that the commandant, dean and athletics need to work together to prepare cadets for conflict that is considerably different from what previous generations faced.

The final priority, he said, is creating a culture of dignity and respect. He noted that the recently completed U.S. Census shows that the country is becoming more diverse, and cadets have to learn how to lead knowing that reality.

Gen. Clark assured the crowd that the Cadet Wing is in good shape, and cadets are on track to effectively lead the Air Force and Space Force into the future.

“I’m immensely proud and very impressed with the cadets that we have — and with the staff and faculty and the coaches that we have,” he said. “They are the best of the best, and you can take that to the bank.”

“That will allow us to — safely and expeditiously — get the cadets back to a sense of normalcy,” he said, adding that the Academy will be ready to reverse course if the pandemic roars back.

As the Academy awaits Air Force policy direction, vaccinations currently remain voluntary. Eventually, Moga says, the shot will be a requirement, unless a cadet receives a medical waiver or a religious accommodation.

Another commandant priority includes instilling the warfighter mentality in the Cadet Wing.

“That is something that is near and dear to my heart,” he said. “To get the cadets excited about joining the profession of arms and get them as prepared as we can.”

His final priority, Gen. Moga added, is to focus on conduct, standards and discipline, with a particular focus on institutional pride.

Due to the pandemic, the environment within the Cadet Wing has degraded, Gen. Moga suggested.

She reported that a higher number of Class of 2021 graduates — 200 in total — headed straight to graduate school following graduation. Gen. Letendre said the increased educational openings were designed to allow the second lieutenants to get their master’s degrees while they wait for pilot training.

The original timeline for completing the Chapel was 2023, Gen. Clark said, but it’s possible that the project could extend out as far as 2025.

“This is something we are all disappointed in, but our team is working really, really hard to get those timelines down as best as we can,” he said, “because it’s not only time, but it’s money.”

“Cadets are in a really good place,” he said. “Morale has taken a huge turn for the better.”

“I’ve seen a lot of cadets have embraced this and are happy,” he said. “They know we’re going in a really good direction.”

During other conference sessions, the attendees learned about fundraising efforts in support of the Cadet Wing. One such program, known as the Rando Fund, provides financial assistance to the Cadet Honor Guard for travel to funerals for cadets who have died. The fund also provides funds for cadets to attend funerals of loved ones or to visit an ailing relative or friend.

There also was some discussion about a new Morale Fund that the Air Force Academy Foundation is establishing to further support the Cadet Wing. 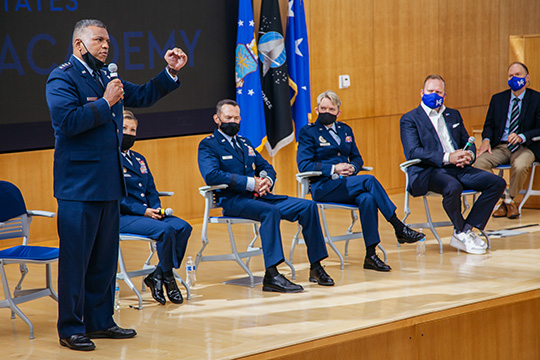 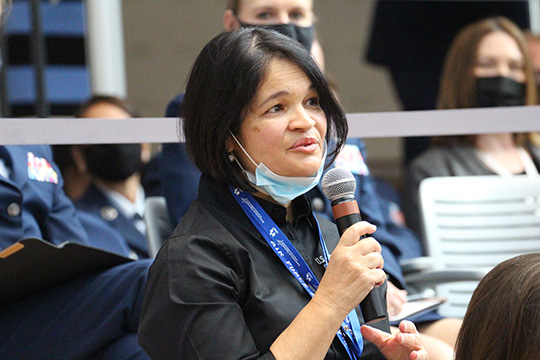 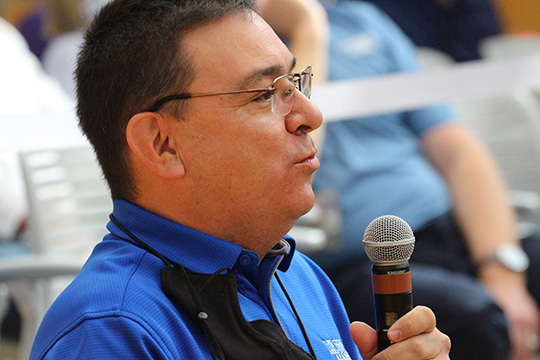 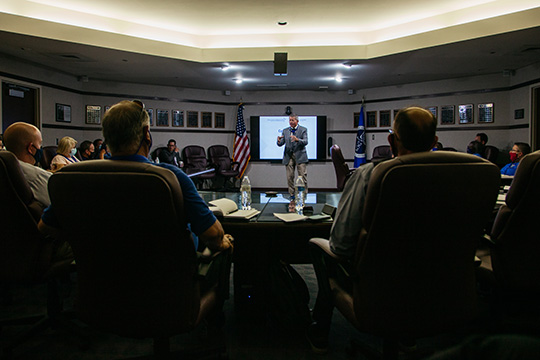