Service for a lifetime

Marty Marcolongo was known for touting the call to service for a lifetime. The former Air Force Academy Association of Graduates President and COO has begun an exciting new chapter in answering that call. In October, he joined the fight against human trafficking. Marty now serves as the COO for an international anti-trafficking organization called Uncaged. Marty will be driving anti-trafficking prevention and restorative aftercare for trafficking survivors worldwide.

Marty came to the Air Force Academy already reaching for the stars. As a kid, he dreamed of becoming an astronaut. He thought that doing so would require him to study astronautical engineering. He opened the catalogue of colleges who offered such a degree and saw the Air Force Academy’s name. He applied and eagerly accepted.

“People from my hometown didn’t actually know what the Air Force Academy was. After the high school  announced that’s where I was going, some of my parents’ friends asked if they were disappointed I wasn’t going to college,” Marty laughs.

It was the start of an intense trajectory. After graduating from the Academy in 1988, he served in the Intelligence Career Field and  supported intelligence operations across the globe. Later, he became a foreign area specialist focused on Russia and Eastern Europe.

“Ending human trafficking in Europe means ending human trafficking in Romania,” says Kim Westfall, Uncaged’s founder and CEO. Since its inception, the organization’s European Team has rescued and restored over 770 survivors. The vast majority have been Romanian. They boast a nearly 90% recovery rate, meaning that survivors in their care are extremely likely to be free five years or more after rescue. To scale these efforts, Uncaged recently acquired a world-class aftercare facility. It will be one of a handful of places equipped to offer trafficking survivors holistic care.

Marty will ensure these operations to serve survivors run smoothly. At the same time, he will be instrumental in scaling Uncaged's efforts to prevent trafficking from happening in the first place. Uncaged is now piloting several initiatives to blanket Romania in anti-trafficking efforts. Last month, Uncaged was selected to pilot a program that will equip healthcare professionals in 2 countries to identify trafficking survivors and intervene on their behalf. Uncaged is in talks with Romanian officials to offer age-appropriate anti-trafficking classes to all students and parents as part of routine family services. Overseeing these high-impact programs takes a strategic mind and unshakeable dedication to service. It takes someone like Marty.

“I’ve known Marty for close to 20 years. His motivation is always to serve other people. I know he’s going to have a tremendous impact,” says Lt. General Mike Gould, who supervised Marty during his tenure as President and COO of the Air Force Academy Association of Graduates.

That impact has already begun. Within Marty’s first few days at Uncaged, the team in Europe rescued a woman who was being trafficked at a truck stop. Once she was safe, she led the Uncaged team to 16 more survivors being held in a house nearby. For Marty, the operation encapsulated the importance of stepping in to fight for vulnerable people.

Marty Marcolongo has already changed thousands of lives for good. We applaud him as he enters the battle against human trafficking with Uncaged. His service for a lifetime will leave a mark beyond what any of us can imagine.

Click here to learn more about Uncaged and how you, too, can join Marty in the fight against human trafficking. 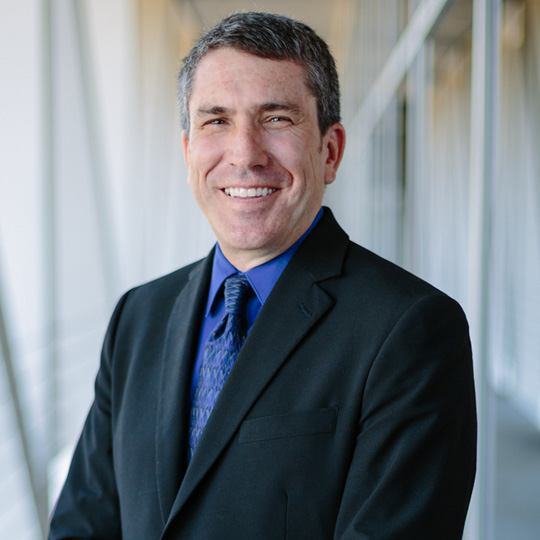