The purpose of the review is to provide findings and recommendations for improvement to the Honor Program, ensuring the Cadet Honor Code and Honor Program relevantly and effectively achieve cadet character development. The intent of the review is also to help ensure that Honor remains the cornerstone of the Academy, where every cadet upholds the Honor Code: “We will not lie, steal, or cheat, nor tolerate among us anyone who does.”

Lt. Gen. Clark noted how “the Honor Code is not only foundational to the Air Force Academy, but it serves as a guide for cadets to live an honorable life, whether serving in uniform or not.” He further said that “Honor serves as one of my fundamental institutional priorities for developing Leaders of Character.”

The Honor Review Committee is partnering with AF Cyberworx to conduct a holistic review of the program and hold discussions with senior leaders, stakeholders, alumni, and cadets to see if and how the Honor system could be improved.

In addition, the Honor Review Committee will focus on reviewing tenets of the current Honor Program, previous Honor assessments, studies, reports, and surveys. They will also look at internal processes, structures, and activities associated with the Honor Program. After completion, changes and timing will be implemented based on the conclusions and suggestions of the review.

Lt. Gen. Clark, who is fully committed to following through on the review, stated: “Findings and recommendations are great, but they don’t equal progress until action is taken that results in enduring positive change.”

Part of the review will focus on the spring semester of 2020, when the Academy made the unprecedented decision in March to send the lower three classes home, approximately 3,000 cadets, in order to best protect their health and safety.

The decision forced a swift, 8-day transition of the Academy’s academic curriculum to at-home remote classes, a first for the traditionally in-person institution. Unfortunately, amidst these extraordinary circumstances and challenges, 249 cadets were suspected of violating the Academy’s Honor Code.  The infractions included various forms of cheating during the spring semester.

The cadet-led process of working through the Honor Code infractions could not begin until cadets returned for the Fall Semester. The process is currently progressing slower than normal, primarily due to COVID restrictions, but the Academy is dedicated to ensuring cadet accountability throughout the entire Honor process. Cadets in violation of the Honor Code are not allowed to represent the Academy until they complete the required remediation.

The vast majority have admitted to cheating and have been placed on six months of probation and remediation. The remainder are pending cases at various stages of the Honor process. Probation and remediation have proven to be effective tools, where more than 90% of cadets who go through remediation do not commit another Honor Code infraction. There have also been dismissals from the Academy resulting from the incidents.

The Superintendent has complete confidence in the Academy’s academic integrity. The Academy continues to evaluate and update temporarily remote academic programs, and is implementing lessons learned to deter future violations. Some examples include enhanced use of technology to monitor for plagiarism and real-time monitoring of websites to identify any unauthorized sharing. In addition, the Academy developed supplemental course content and resources for cadets to enhance learning.

Lt. Gen. Clark affirmed that “remediation is a consequence and not an act of leniency. If earned, remediation provides an opportunity to reset the moral compass and deepen a cadet’s understanding of and respect for the Honor Code. Developing leaders of character is not without life lessons and learning from these mistakes.” 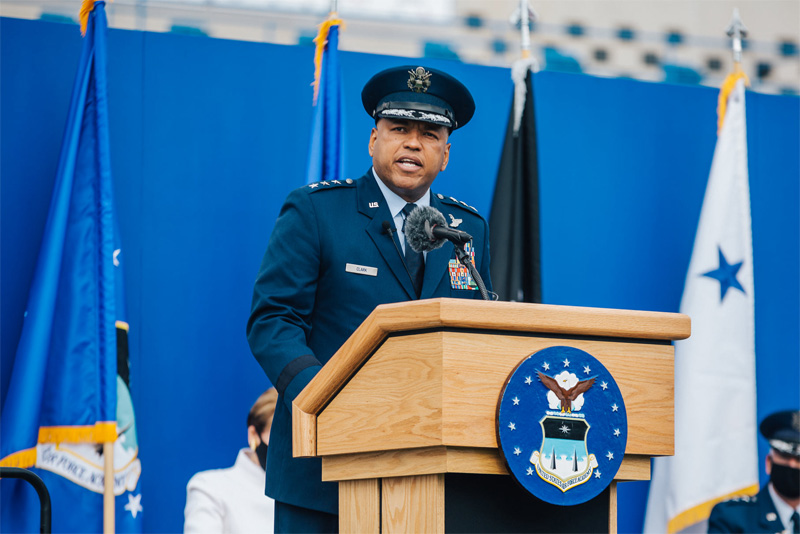