Lt. Col. Alexander Pelbath, a United States Air Force Academy Class of 2001 graduate, is the first-ever recipient of the Sullenberger Award for Courage.

The award is named in honor of Ambassador Chesley “Sully” Sullenberger, USAFA Class of 1973, the retired US Airways captain who saved 155 lives on Flight 1549 in 2009 — dubbed the “Miracle on the Hudson.”

The award is presented to an Air Force Academy graduate who distinguishes himself or herself  through a series of events or a singular act of bravery in the military, civilian world, business sector or local community in a calendar year. The honor is presented jointly by the Air Force Academy and the USAFA Association of Graduates, in cooperation with Ambassador Sullenberger.

As director of C-17 Special Operations for the 437th Operations Group at Charleston Air Force Base in South Carolina, Lt. Col. Pelbath’s leadership and bravery significantly contributed to the successful evacuation of an estimated 124,000 Afghan refugees, 79,000 of whom were airlifted on C-17s out of Kabul in August 2021. It was ultimately the largest air evacuation in history.

Lt. Col. Pelbath and his team were part of the Afghan evacuation from day one. His C-17 delivered ground forces to help secure Hamid Karzai International Airport (HKIA) as Kabul fell to the Taliban. As he was preparing to leave HKIA, Lt. Col. Pelbath was asked if his plane could transport a few outbound passengers.

“We were not expecting to be taking any folks out,” he says. “We filled up our aircraft with Afghan evacuees, which I believe was the first evacuation lift. It was unplanned and unexpected.”

In the ensuing hours, the airport was overrun with Afghans hoping to leave the country.

“Things got really challenging,” he says. Eventually order was restored to the airport and the evacuation continued.

During Operation Allied Refuge, Lt. Col. Pelbath personally led 18 missions into and out of Kabul, Afghanistan. On one particular mission, a suspected suicide bomber made it onto Pelbath’s aircraft. After a complete search of refugees onboard, the bomber wasn’t identified. Lt. Col. Pelbath made the decision to continue the evacuation.

His was also the last aircraft off the ground on Aug. 31, 2021, ending the United States’ 20-year conflict.

“That image at night of four C-17s in front of me as we were rolling down the runway to leave there after 20 years was one of the pictures that hit me in that moment,” he recalls. “Closing it out … I was very glad to be a part of it.”

During the moments leading up to that final departure, Lt. Col. Pelbath’s C-17 developed a serious maintenance issue. He made the decision to move forward with the mission despite the risk.

Just weeks earlier, Lt. Col. Pelbath had directed the evacuation of Bagram Air Base, the largest airport in Afghanistan. The difficult task was completed with such precision that local forces didn’t know the Americans had left until a day later.

Ambassador Sullenberger says that Pelbath is a worthy first recipient of the Award for Courage.

“Lt. Col. Alex Pelbath faced a dangerous and ambiguous situation, and rising beyond duty, quickly made critical decisions under great pressure to preserve countless lives,” he says. “He is unimpeachably worthy, and he has my heartiest congratulations.”

Lt. Col. Pelbath will officially receive the Sullenberger Award for Courage during the closing ceremony of USAFA’s National Character & Leadership Symposium on Feb. 25, 2022. 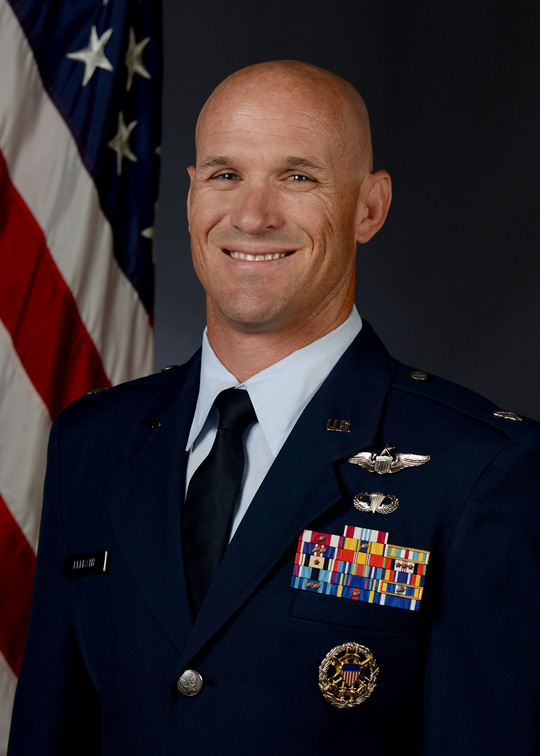 Membership for All Grads

Get more information about this exciting news, learn about benefits and opt in ...