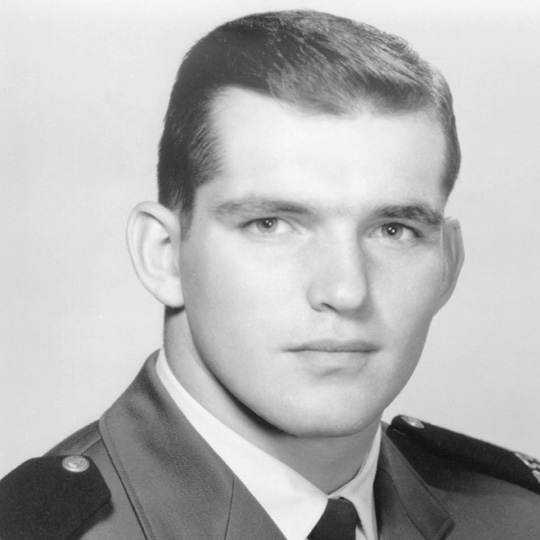 Capt. Sijan, the United States Air Force Academy’s only Medal of Honor recipient, would evade capture over the next six weeks despite being seriously injured and having little access to food and water.

After capture, Sijan would suffer severe torture at the hands of his captors while being held at the Hanoi Hilton prisoner of war camp. He would attempt to escape captivity on several occasions, only to be recaptured and tortured again.

His fellow POWs would later report that Sijan was an example and inspiration to all who knew him.

At the time of his shoot down and capture, Sijan — a 25-year-old pilot from Milwaukee, Wisconsin — was stationed at Da Nang with the 480th Tactical Fighter Squadron and had already flown 66 combat missions. He was the backseat pilot in the F-4C on that fateful Nov. 9 day.

“As our Air Force Academy’s only Medal of Honor recipient, Lance P. Sijan commands the respect and admiration of his fellow graduates,” says Marty Marcolongo, president and CEO of the Association of Graduates. “On the 50th anniversary of his F-4 incident, our alumni organization and the Academy pause to commemorate the bravery and perseverance Sijan displayed throughout his military career and his captivity. He always has been, and will continue to be, an inspiration to us all.”

Sijan is memorialized at the Plaza of Heroes along the Heritage Trail adjacent to Doolittle Hall.

Sijan’s statue, fashioned by sculptor Jim Nance ’71, is the centerpiece of the Association of Graduates’ heritage and history efforts. If you haven’t had a chance to experience the Heritage Trail, the Plaza of Heroes and the Southeast Asia Pavilion, schedule a time to visit. You’ll be glad you did.