That was the goal of a two-day conference where dozens of people from around the country gathered at the Air Force Academy for the annual Parent Club President Conference to learn new strategies to better support both parents of cadets in their home states and their cadets at the Academy.

With most cadet parents having no prior military experience, the event was an opportunity for participants from 48 clubs to connect and hear from multiple senior leaders to better understand the Academy. The event — hosted by the Academy and supported by the Association of Graduates — was geared toward new or future presidents, allowing established presidents the opportunity to share their knowledge and expertise.

“So many times our parent clubs are reinventing the wheel,” said Katrina Claydon, Association of Graduates member engagement specialist. “We have an opportunity to collaborate, share ideas and help those less established parent clubs feel empowered to do great things with the support of a larger USAFA family.”

Courtney Castaneda ’94 understands the importance parents’ clubs can make. She dropped her daughters off at the Academy for In-Processing Day in 2020 and 2021 — 30 and 31 years after she first arrived in Colorado Springs.

“Leaving my daughters on I-Day was far more difficult than showing for my own, but it was also a good reminder that service to our country comes in many forms and continues throughout life,” the retired lieutenant colonel said.

Castaneda is the vice president of the Northern Illinois Parents Club, which supports 65 cadets and more than 130 parents. She will serve as president from summer 2023 through graduation 2024.

“The USAFA parents’ clubs, both in person and virtual, collectively extend our Air Force family to provide a tremendous channel for parent-to-parent support and communication,” Castaneda said. “Led and operated by parents, these grassroots organizations with members across the globe stand ready to welcome families of new basic cadets, celebrate graduating first class cadets and their parents, work in partnership with Academy liaison officers and congressional offices, and much more.

“The parents and the clubs are recognized, highly valued, and appreciated by cadets and USAFA leaders alike and have built a true partnership with the AOG and the Academy in support of fellow parents and the long-term successes of cadets while at the Academy and beyond.”

Senior Academy leaders also shared their perspectives and provided information parent leaders could take back and share with their organizations that represent 86 clubs in all 50 states, Europe and Guam.

Retired Lt. Gen. Mike Gould, ’76 — who was the Academy’s 18th superintendent from June 2009 to August 2013 and now serves as CEO of the Association of Graduates and Air Force Academy Foundation — thanked the attendees for serving their cadets and said their efforts help with the transition from cadet to officer.

Gould also thanked the parent clubs that have donated to the foundation.

Clark also highlighted new and future facilities and equipment aimed at preparing cadets to protect the homeland. Those include the multi-domain laboratory, the under construction Madera Cyber Innovation Center, and in the future, a space education center.

“Thank you for sending us great young people,” Clark told the crowd of parents. “They are the cream of the crop. They have everything they absolutely need to move forward, and in so many ways they are so much better than we ever were.” 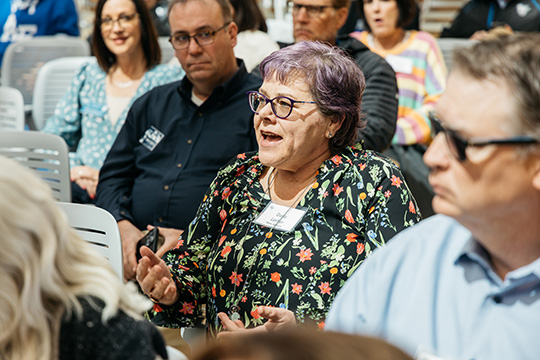 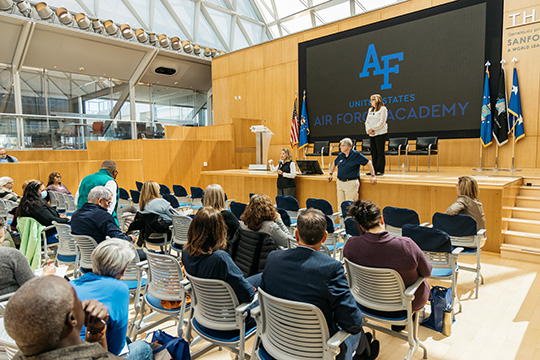 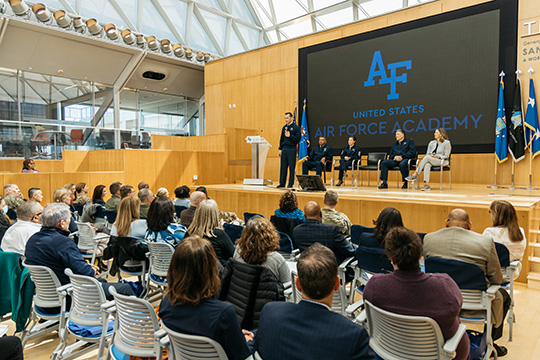 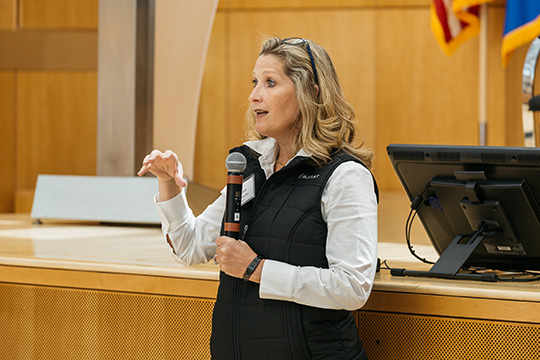