The 2021 reunion of former prisoners of war (POWs) was conducted in Colorado Springs this week. The gathering was hosted by the NAM-POW organization, which was formalized in Hanoi in 1973 when a group of POWs returned to the country of their captivity.

Approximately a dozen former POWs from the Vietnam era were on hand for a tour of the United States Air Force Academy on Thursday (June 17).

The group included a number of USAFA graduates who were previously held as POWs — their names emblazoned on the plaque at the Southeast Asia Pavilion adjacent to Doolittle Hall. Among the alums attending were Guy Gruters ’64, Thomas McNish ’64, P.K. Robinson ’62 and Howard Hill ’65.

Ed Herlik ’80 was the tour guide for the day. Herlik’s father was a POW and is a member of the NAM-POW group as a result. The group typically meets annually at various locales.

On Thursday, the former POWs stopped by the SEA Pavilion first, viewing displays and information about the Vietnam era.

Their next stop was the Cadet Area, where they viewed various statues of U.S. war heroes. The NAM-POW members also had the chance to hang out with current cadets, who asked questions and listened to war stories.

USAFA Superintendent Lt. Gen. Richard Clark ’86 stopped by to visit with the group, as did Commandant of Cadets Brig. Gen. Paul Moga ’95.

The final stop for the group was USAFA’s POW training compound, where the former POWs recalled stories from their captivity. 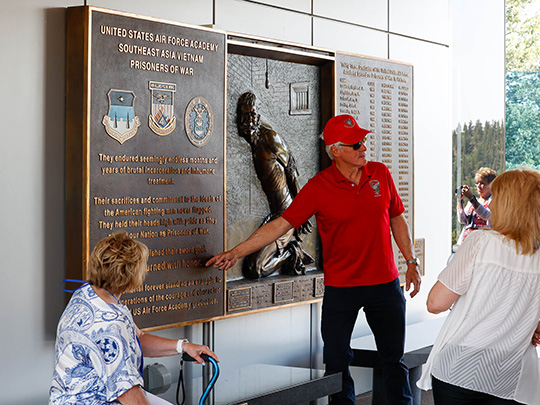 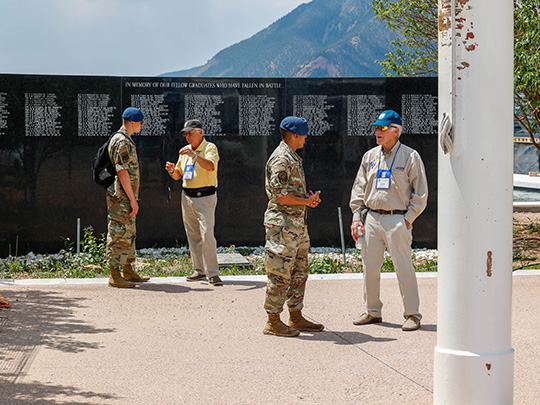 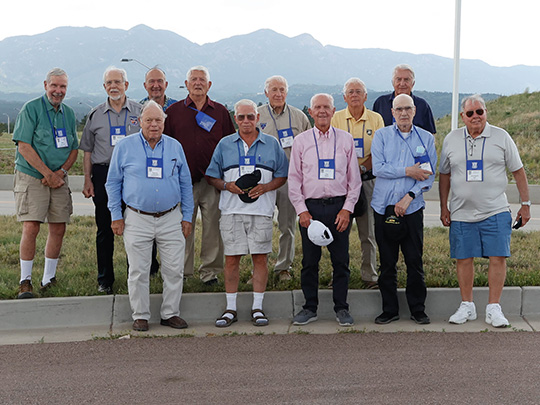