Adjusting to the New Normal

On a foggy, misty Tuesday, one might expect the mood to be gloomy at USAFA in light of the institution’s operational adjustments due to the COVID-19 pandemic.

Surprisingly, there were plenty of smiles to go around.

Last Friday and Saturday, the majority of second-, third- and fourth-class cadets were released from the Academy and sent home or elsewhere for an undetermined amount of time.

The Class of 2020, however, was left on campus — soon to start online classes and separated into single rooms throughout Vandenberg and Sijan halls. Congregate meals are no longer held — food service is grab-and-go at Mitchell Hall. Sports and intramurals are on hold.

“The mood is surprisingly good,” reports C1C Mike Miller “I think people are making the most of it — finding ways to stay busy and stay entertained. It’s not too bad.”

“I think initially people were a little upset that we couldn’t leave,” says C1C Nicholas Nash of the Firsties. “But I’m happy for it. I’m more productive than I have been. There are fewer distractions.”

Nash was the roommate of C1C Will Hanlen prior to last week’s shakeup. Now they’re in different rooms.

“We used to be roommates, and now we’re divorced,” Hanlen jokes. “He took half my stuff with him.”

Hanlen says the Firsties are doing their best to remain connected and not freak out.

“We’re trying not to be lonely, so we hang out as much as possible … at a six-foot distance,” he says. “I think this is probably the safest place in the world right here.”

The upcoming shift to online classes, he believes, will be a “weird transition.”

Both Nash and Hanlen are hopeful that the outbreak will clear up enough that graduation ceremonies will be conducted as planned May 28. At this point, that remains to be seen.

C1C Haeley Deeney, spring Cadet Wing commander, assures that the cleaning of common areas and rooms has increased at USAFA to decrease the potential spread of a virus.

“We have not had any issues so far,” she says.

“We are preparing all the cadets for the capability,” she says.

In the interim, Deeney says the Firsties are trying to make the best of a less-than-ideal situation.

“Our class as a whole is very close right now,” she reports. “And everyone is doing their best to stay positive. We are minimizing contact with one another — practicing social distancing — and trying to come up with things to stop morale from falling.” 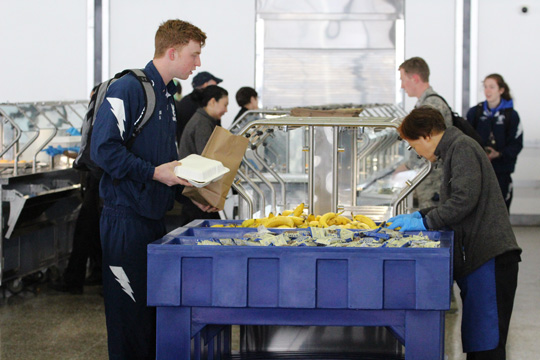 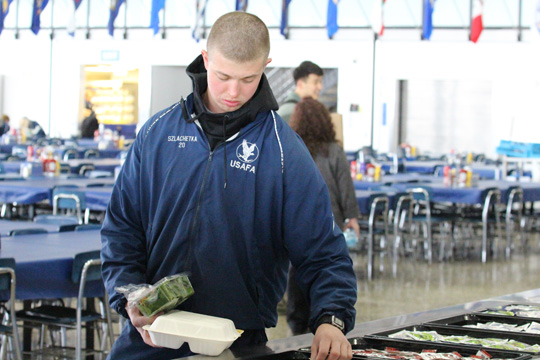 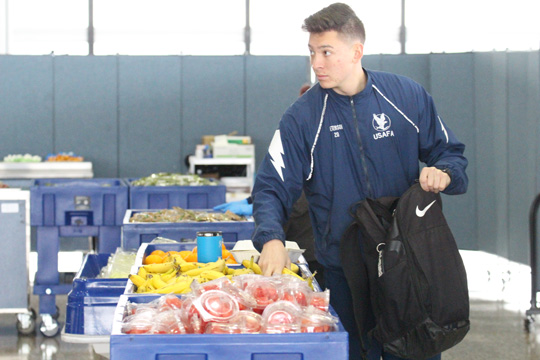 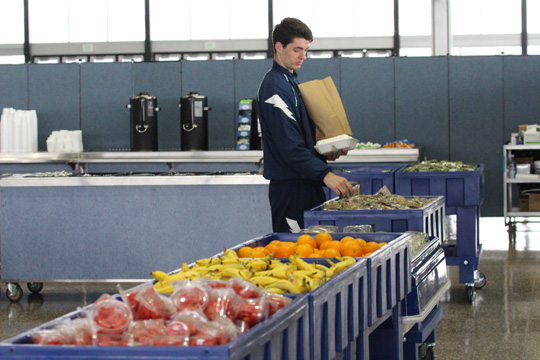 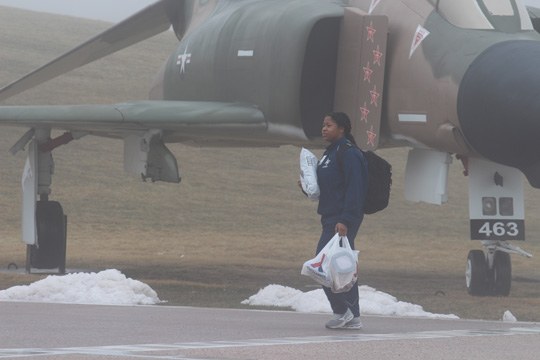