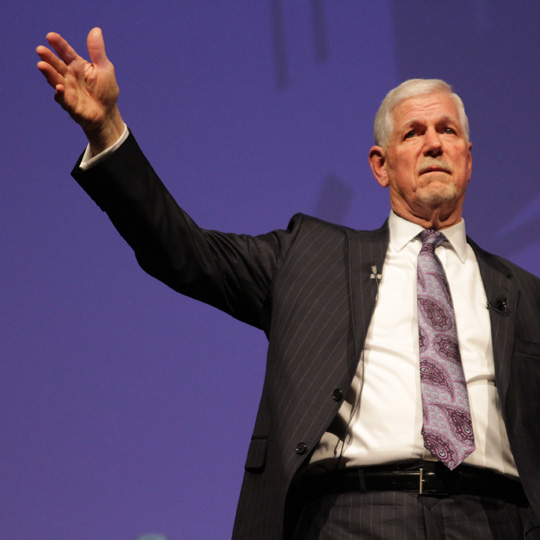 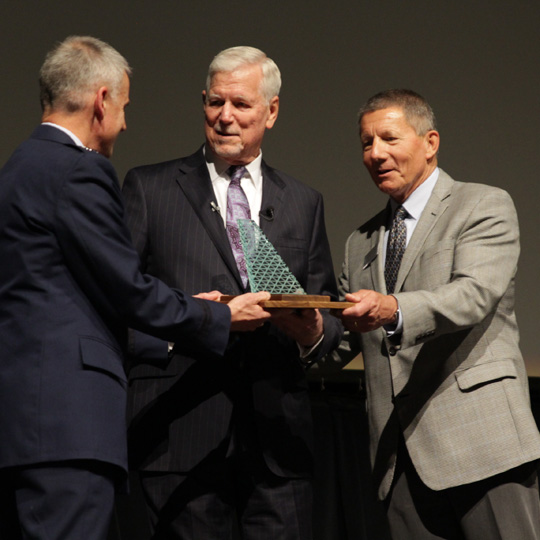 Prior to becoming chairman, the retired four-star Air Force general was the vice chairman of the Joint Chiefs of Staff for 19 months.

Gen. Myers joined the Air Force in 1965 through the ROTC program at Kansas State University.

He entered pilot training at Vance Air Force Base, Oklahoma, and went on to fly more than 4,100 hours, primarily in the F-4, F-15 and F-16. His service included 600 combat hours in the F-4 during the Vietnam War.

Gen. Myers went on to command at all levels and served in significant staff positions throughout the Air Force.

Myers received the award Thursday and addressed an audience of more than 2,000 Academy cadets and visitors.

Myers talked about three keys to success in one’s career and life.

First and foremost, Myers said “honor” is a requirement for anyone who wants excel in any role.

Second, “humility” is an important trait for leaders who want people to follow them.

Myers opened up the presentation to a question-and-answer session with cadets. He addressed questions ranging from K-State football to his working relationship with President Bush during some of the nation’s most challenging years.

In honor of Gen. Myers receiving the Character and Leadership Award, The Anschutz Foundation of Denver, Colorado, presented a $100,000 donation to the Air Force Academy to support character and leadership development.

Gen. Myers is the fifth recipient of the Character and Leadership Award.