Gen. Moga replaces Maj. Gen. Michele Edmondson, who has served as commandant since May 2019 and soon will take over command of 2nd Air Force at Keesler Air Force Base.

Gen. Moga comes to the Academy from U.S. Northern Command Headquarters in Colorado Springs, where he most recently served as deputy director of operations. He is a command pilot with more than 2,600 flying hours in the F-15C, F-22 and F-35A, including more than 250 combat hours in support of operations Southern Watch and Allied Force.

During the ceremony, Lt. Gen. Clark thanked Maj. Gen. Edmondson for her considerable efforts during the past two years, including the challenges of dealing with a global pandemic.

“We have a leader here today who stepped up when our Academy, our cadets, our staff and our faculty needed her the most,” he said. “Over the past two years, Gen. Michelle Edmondson has led our Cadet Wing through what I believe was the most challenging chapter in our Academy’s history. Michelle, you stood tall in a time of great challenge and it’s clear to me that you were the right leader in the right place at the right time.”

Clark also applauded Gen. Edmondson for her efforts to implement objective-based and purposeful training within the Cadet Wing and making a culture of dignity and respect a top priority during her two years here.

In her final comments to those in attendance, Gen. Edmondson recounted the rocky journey over the past 15 months of the pandemic but praised the cadets for their resilience and leadership throughout this time.

“I’ve had the opportunity in my career to lead at some incredibly critical moments in the Air Force — the cheating scandal in the nuclear enterprise and the sexual assault scandal at Lackland,” she said. “But I stand here today and can tell you that neither of those compare to the leadership crucible that the Cadet Wing has been through over the last 15 months.”

Gen. Edmondson said that — together — the cadets, faculty and staff rose to the challenge and thrived.

“We innovated, we iterated, we failed and we started over, but we never gave up,” she said. “You took ownership of this new domain, you adapted and you overcame.”

She assured those in attendance that she knows the USAFA pandemic classes will become valuable leaders of character in the Air and Space forces of the future.

“It’s been an honor and a privilege to be your commandant,” she said. “I look forward to serving with each and every one of you on the other side.”

In welcoming Brig. Gen. Moga back to his alma mater, Gen. Clark recounted the considerable operational background Moga will bring to the role of commandant.

“I know that he will lead us to victory,” he said. “As our 30th commandant of cadets, I know that you will apply your own unique talents and experiences, and I look forward to your partnership as we push this Academy toward even greater heights.”

Gen. Moga thanked his family, friends and classmates for their support through the years, and singled out his wife, Amanda ’01, in particular.

He told the crowd that he’s anxious to work alongside the faculty, staff, Cadet Wing, dean and athletic director to develop the principled leaders the nation requires.

In talking directly to the Cadet Wing, Gen. Moga pledged to do all that he can to support and guide the cadets in the days ahead.

“Believe me when I tell you, you are already better, smarter, more innovative, more groundbreaking, more pioneering than I was at this stage of the game,” he said. “But you’re going to need it … to wear the cloth and fight and win the wars of this nation.”

Gen. Moga said he’s thrilled to be back at USAFA and as part of the leadership team.

“I cannot clearly and concisely explain what it means for me personally and professionally to be back here as your commandant,” he said. “It’s the opportunity of a lifetime. I owe almost everything good about my life and my career to this institution.”

As commandant, Gen. Moga is responsible for all aspects of military and airmanship training for the Cadet Wing. 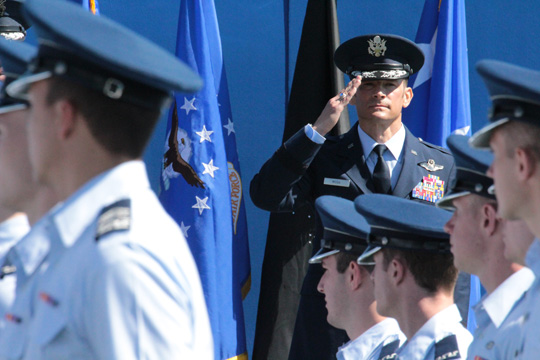 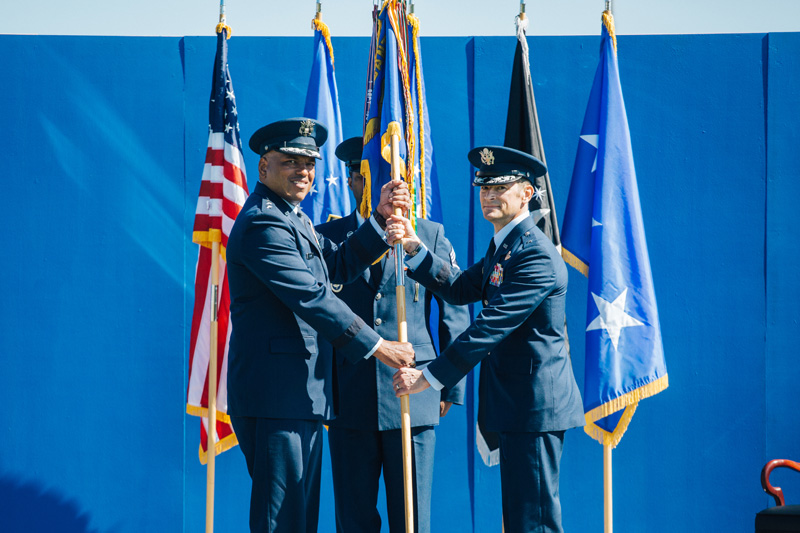 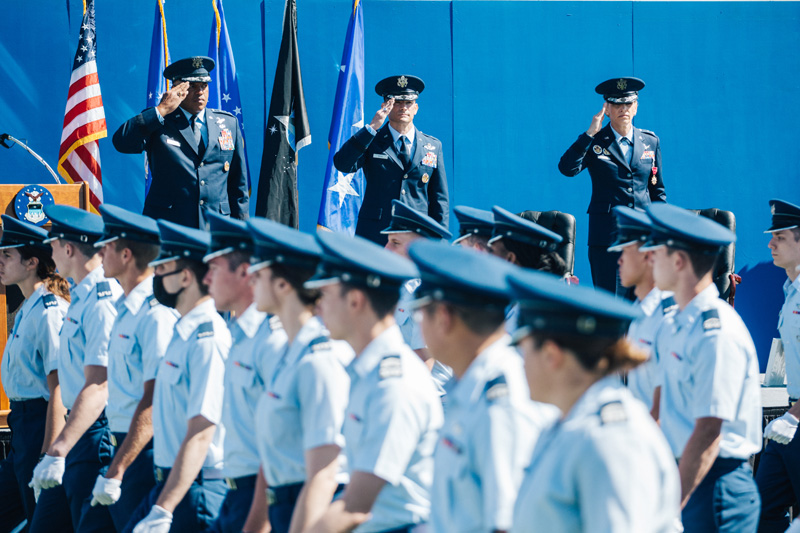 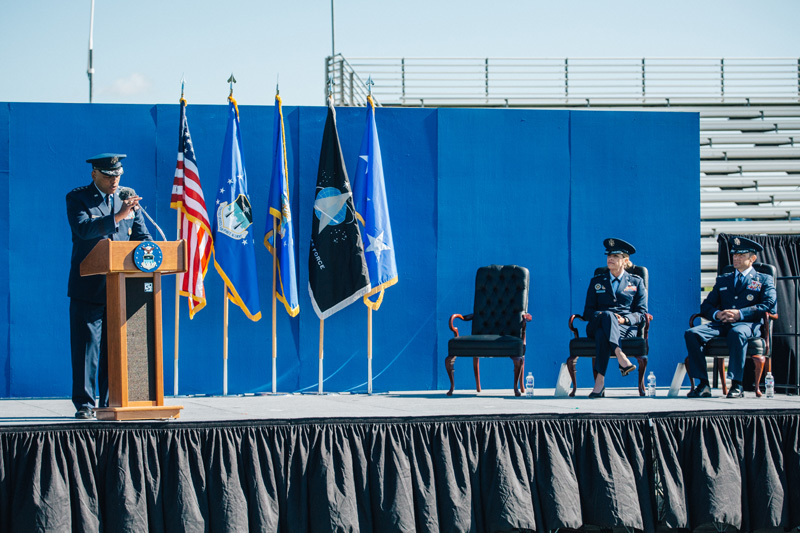 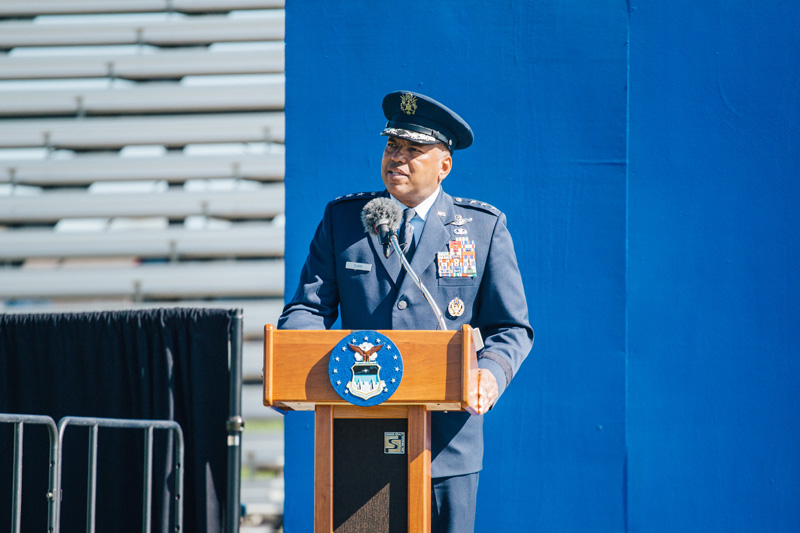 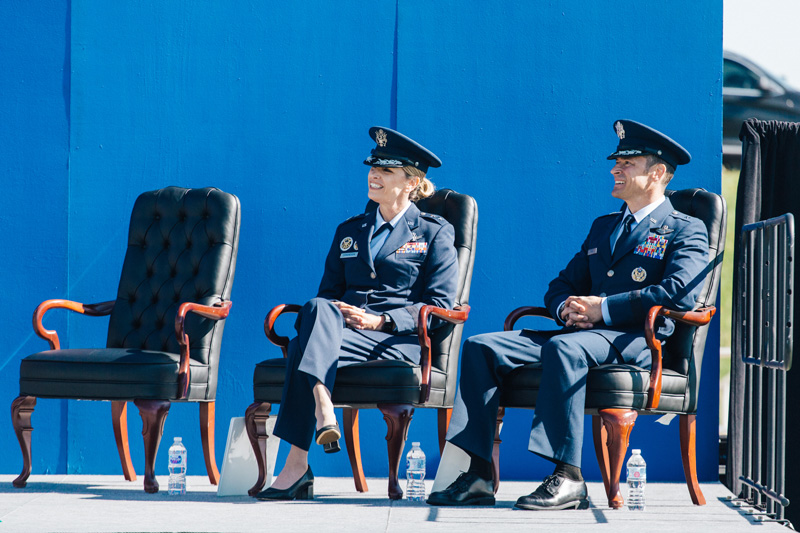 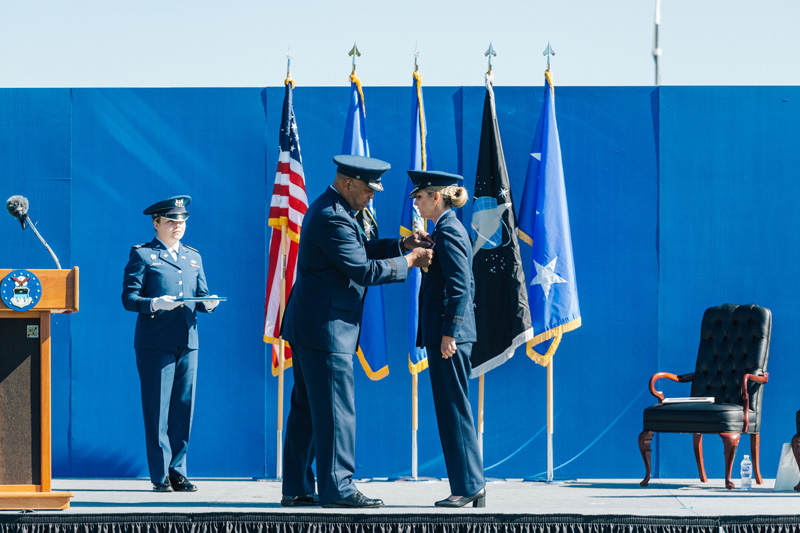 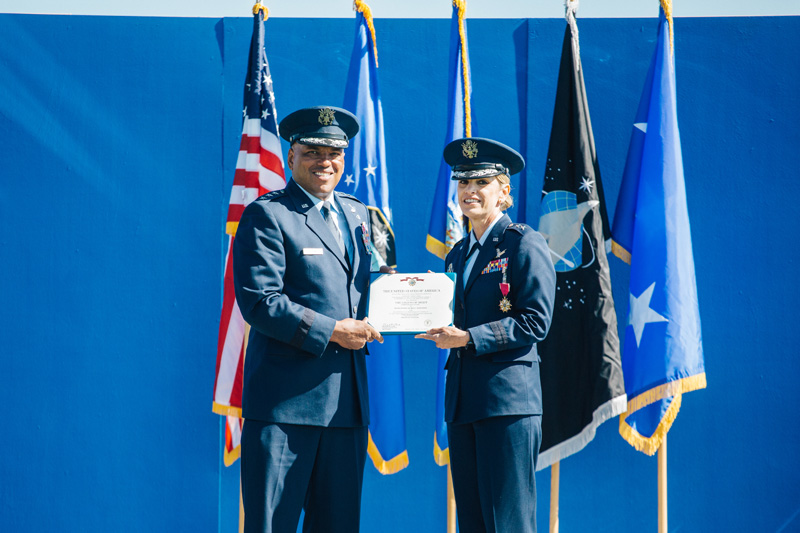 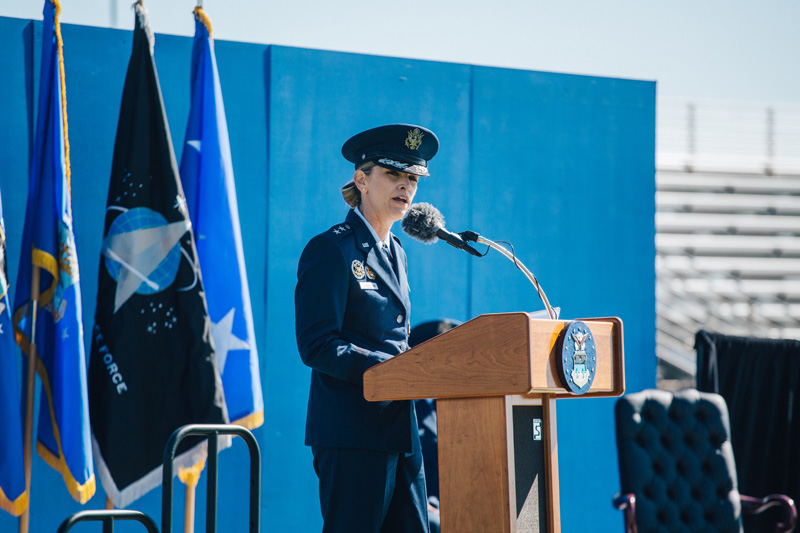 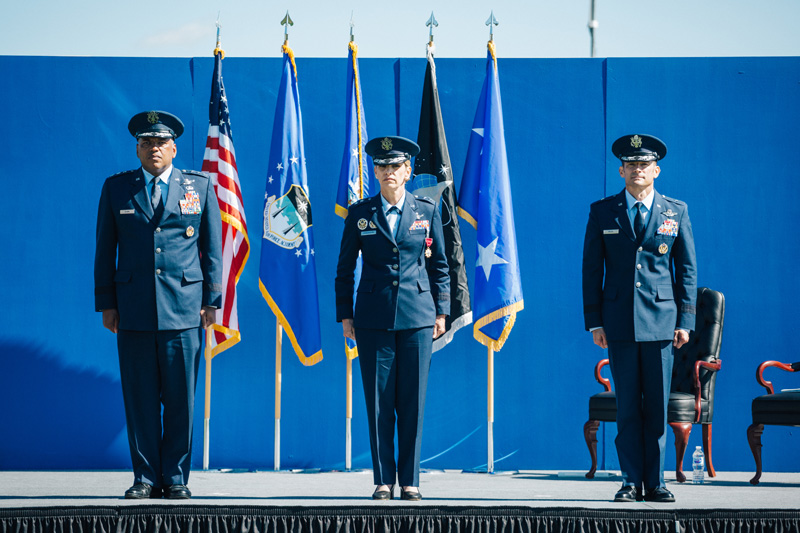 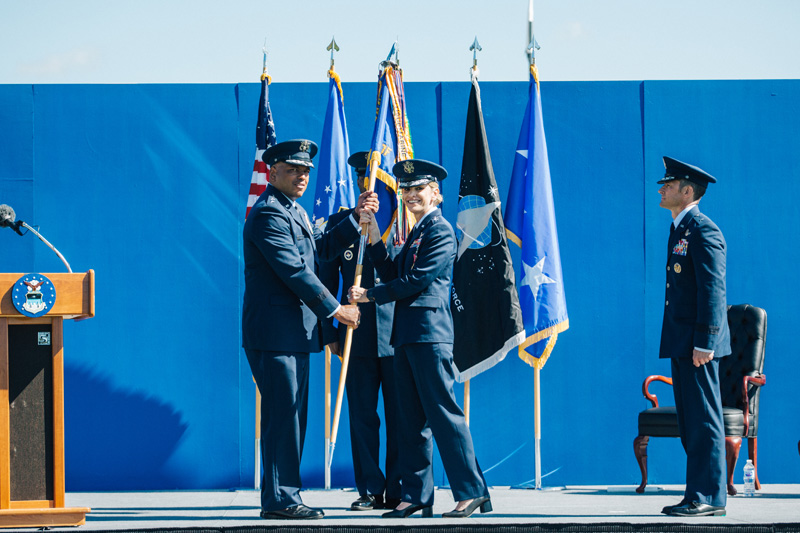 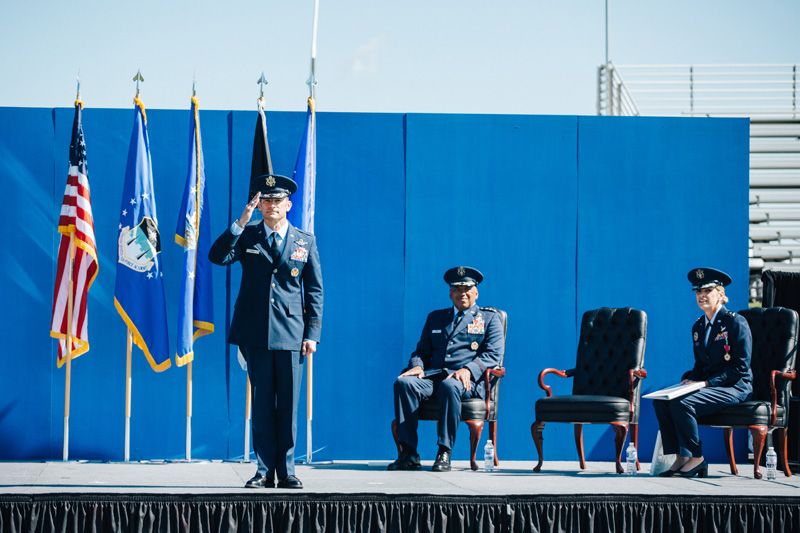 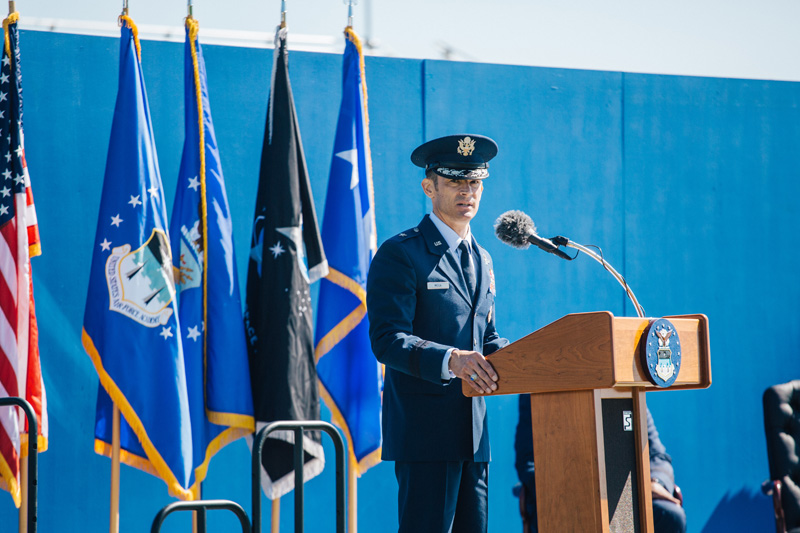 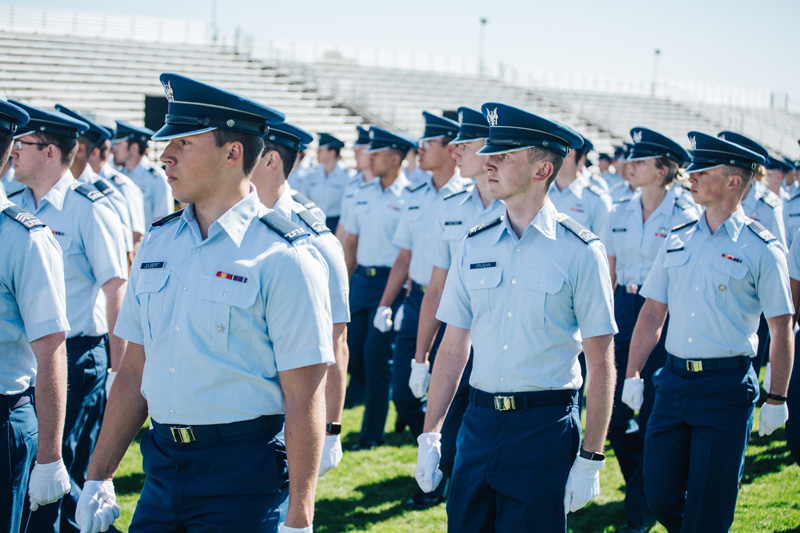 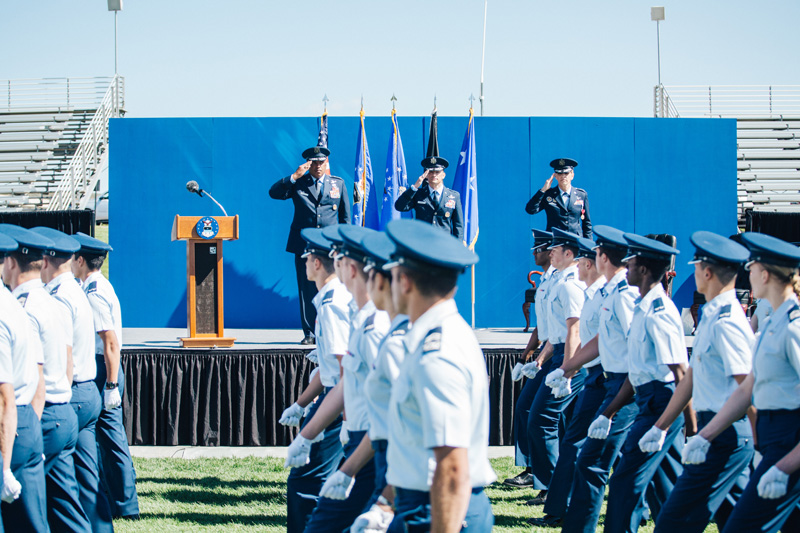 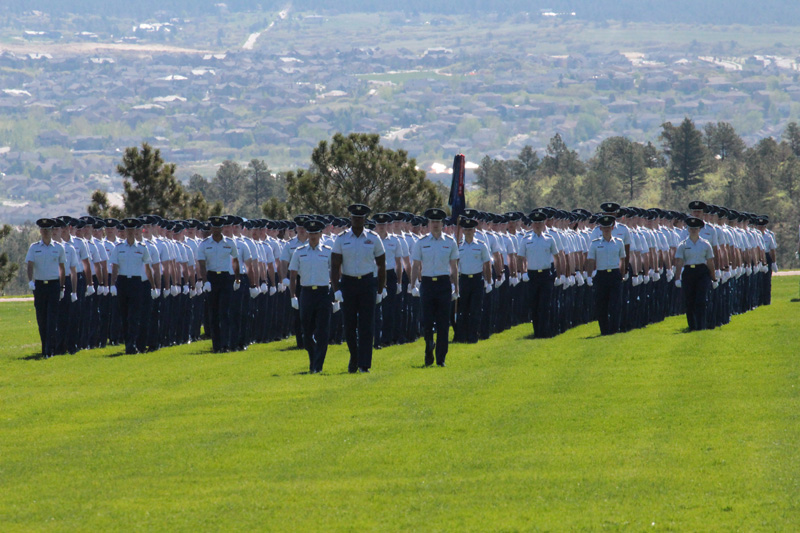