Approximately 200 Academy graduates accompanied members of the Class of ’23 and their cadre on the march back from Jacks Valley. 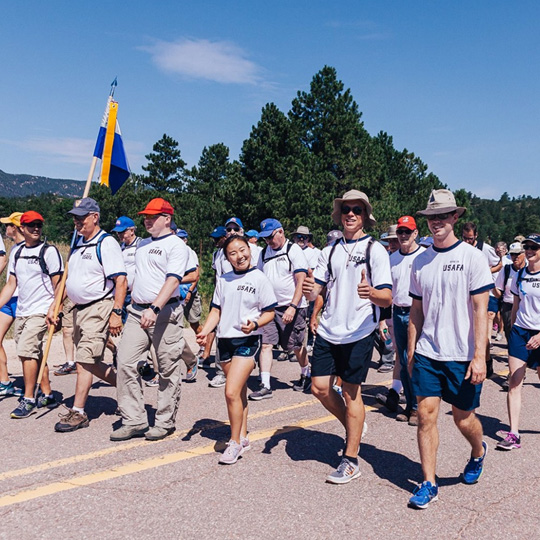 Grads ranged from the early 60s classes to several members of the Class of ’19. Spirits were high during the 5 ½ mile march, which took a little over two hours. A special treat awaited the basic cadets and the grad marchers when they reached the Class Wall on the Terrazzo: members of the Academy’s first graduating class, the Class of ’59, were there to greet them.

’59 is at the Academy to commemorate the sixtieth anniversary of their graduation. Your AOG is already working with Academy officials to make next year’s march back even better!