To celebrate the Air Force’s 75th anniversary this September, the Air & Space Forces Association sent 11 living legends to eight Air and Space Force bases — including the Academy — to share knowledge with airmen and guardians as part of the 75th Anniversary Legends Tour.

Vautrinot encouraged cadets to do an internet search for female leaders prior to 1980, saying there weren’t many beyond sports stars and performers.

She then asked all female cadets in the Fairchild Hall auditorium to stand and look at one another. While she was a cadet, she looked to other female cadets for leadership and now there are women at the highest levels of military leadership who are incredible role models.

Vautrinot remembers her first boss, a major and the only other female in their outfit, saying, “Lieutenant Vautrinot, do you know the difference between professional and personal criticism? Oh good, because you’re gonna get a whole lot of the first and it ain't about the second.”

“Best lesson I ever had, and it came from my first boss,” Vautrinot says.

“What would you say to cadets that will be commissioned in the coming years who feel as though they don’t have a defined leadership style and are worried about being good leaders when they become second lieutenants?”

During a 2009 deployment to Afghanistan, Tapia worked under a 2007 USAFA graduate.

The first lieutenant had applied to be a medical doctor a few times but was turned down Tapia recalls. She frequently talked negative about the Air Force as a result.

At that point, Tapia had 22 years of experience and the first lieutenant had roughly 22 months of service. He took her aside to talk.

“I said, ‘I don’t know if you realize this or not, but the team that we brought over here, they would do anything for you,’” Tapia says. “‘They really like you, you’re a charismatic leader. The one thing that has worked out really good in their lives is the Air Force and you put it down every single day. What a disappointment.’ She looked me in the eyes and said, ‘Chief, you’ll never hear that come out of my lips ever again.’”

Tapia says she went on to become an Air Force doctor.

“Whoever thinks that we don’t deploy and fight out of the Air Force Academy, I would violently disagree with that because this is where we’re forging the leaders that we’re going to need in the future,” Tapia says.

Gen. (Ret.) John Jumper, the 17th Air Force chief of staff, was asked how the military should be preparing and training leaders for the future fight.

“We are essentially going to have to reinvent major portions of our career fields,” Jumper says. “It’s going to be a completely new way of doing business and what that’s going to take is imagination and it’s going to take an unprecedented focus on leadership.

“The people of the United States of America paid for this education, pay for you, pay for us to win the nation’s wars. That’s what we do. We do that right now mostly with kinetic air power. In the future it’s going to be with cyber power and other things that emerge.

“The leaders of tomorrow are going to be the ones that figure this out.”

Gen. (Ret.) Richard Myers, the 15th chairman of the Joint Chiefs of Staff, was asked if the military lacked leadership and teamwork over the past decade and, if so, how to resolve it.

“I think our senior active-duty leadership has done a superb job,” Myers says. “I will say this about leadership. There are not many institutions in the world, let alone the United States, that has put an emphasis on leadership like our military and in particular our United States Air Force. And you are part of that. You’re leading the national security efforts of our country and there’s nothing more important than that to any of us.”

The next National Character and Leadership Symposium is set for Feb. 23-24 at the Air Force Academy. 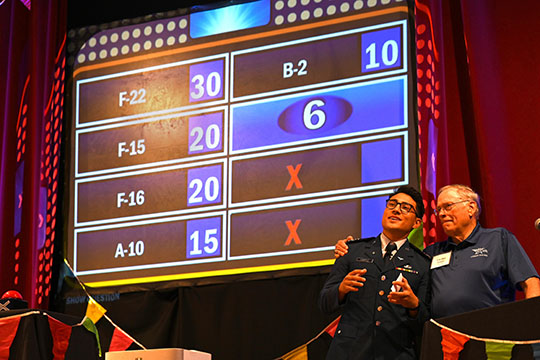 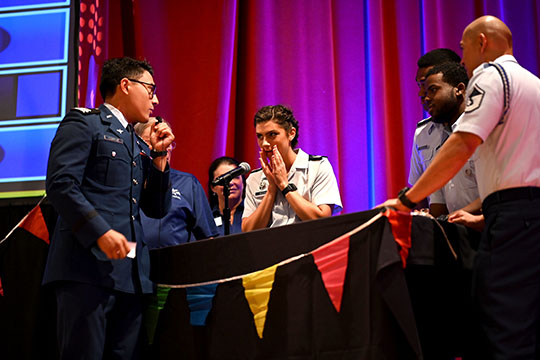 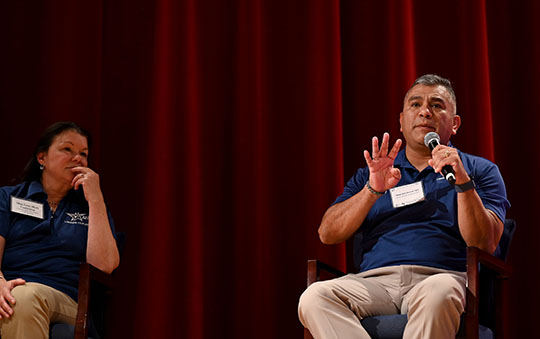