We Are Defining Our Future

Welcome to Our New Joint President, a Proud Member of the Long Blue Line
By Mike Gould ’76, CEO

To the Long Blue Line:

Nearly a year and a half ago, I had the honor and privilege of being selected to lead the Association of Graduates and Air Force Academy Foundation as CEO. Since that time, both the AOG and Foundation have made tremendous strides working together, finding efficiencies and being more effective in supporting the United States Air Force Academy and you, the members of the Long Blue Line.

As I wrote to you shortly after assuming my new role, the two organizations had gone through some challenges, including splitting from each other in 2007 after experiencing differences of opinion over roles and missions of alumni engagement and fundraising to support the Academy’s strategic needs. Today, while we remember that painful chapter in our history, we have found common ground and are moving forward with a shared purpose, under a true visionary.

I am proud to share that Mark Hille ’97 will serve as president of both the Association of Graduates and Air Force Academy Foundation. He started his expanded role on Sept. 1.

Some of you already know Mark. A deeply proud Academy graduate, he previously served as president and chief operating officer of the Air Force Academy Foundation. Mark has an interesting story. Upon completion of his active duty in the U.S. Air Force in 2003, he spent over two years at the Association of Graduates before joining the United States Air Force Academy Endowment, where he was the principal gift officer for the Holaday Athletic Center and the Center for Character and Leadership Development. Mark was the first employee of the Endowment (which changed its name to the Air Force Academy Foundation in 2020).

From 2013-2020, Mark served in the advancement office at Colorado College, finally as the vice president of the division. There, he was responsible for alumni relations and development, overseeing the college’s successful $465 million campaign. In 2020, we were fortunate to welcome Mark back home here at the Air Force Academy Foundation.

In his expanded role as AOG and Foundation president, Mark will oversee efforts to implement a combined operating plan and strategy, unify the two separate but complementary missions, enhance alignment between graduate engagement and development, share services and staff to maximize efficiency, and coalesce our communications.

We are also bringing in some excellent leaders who are not just top-notch professionals but also team players. We have named a new senior vice president of development, Kelly Banet, to oversee fundraising and our campaign. Kelly comes to us from Colorado College. Additionally, we will soon name our executive vice president, who will lead all alumni engagement and services. All of this is being done so we can more effectively serve you and support our Academy.

In the past year, we have taken significant steps, together, to better support the Academy and its strategic imperatives and meaningfully serve our graduates. This great work will continue and expand under Mark’s leadership as president of the AOG and Foundation. Let me share with you three examples of the tremendous progress that is happening.

First, our AOG board of directors this past summer voted to approve expanding membership to all graduates at no cost. This was a significant step in better serving all Academy graduates, and it was made possible by legacy and family memberships and by the financial health of the AOG. We look forward to beginning the rollout of membership for all 53,000+ of our graduates in early 2022.

Second, this fall we hosted 17 reunions here at the Air Force Academy, and I think any of us who attended would agree that the experience was unlike any we’ve seen in the past. The experience our reunion attendees took in and were a part of throughout the various weekends would not have been possible without the close cooperation of the AOG and the Air Force Academy Foundation, together with our friends on the Hill.

Third, we have launched the largest comprehensive campaign in our history to advance the strategic imperatives of the Academy and its mission to develop leaders of character. The campaign, “Defining Our Future,” has participation, engagement and fundraising goals. One of the key accomplishments through the campaign was the recent groundbreaking for the Madera Cyber Innovation Center, a critical component of the Academy’s emphasis on preparing Cadets for a future that will require superiority in the air, space and cyber domains.

These achievements speak to the great work happening at the AOG and Foundation to support our Academy and serve you, yet they are only the beginning. These are defining times for our Air Force Academy. The work we do is more essential than ever, and so our Academy must be better than ever. The Association of Graduates and Air Force Academy Foundation are moving forward together as one united organization with a common purpose: to serve you, to celebrate our shared history and heritage, and to support the Academy by fostering lifelong engagement, participation, service and giving.

Together, we will define the future of our Academy. 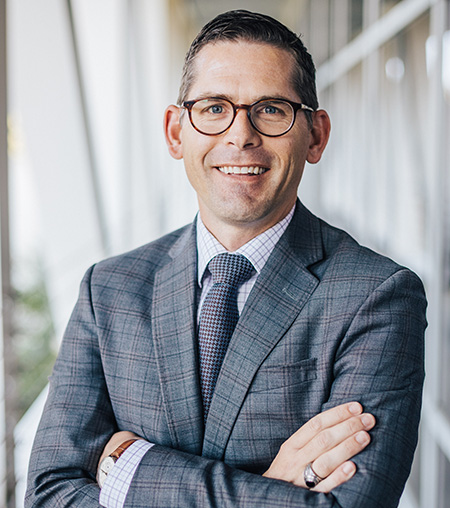