Later this year the Academy will rename the building formerly known as the Consolidated Education and Training Facility (CETF), which houses the Dean of Faculty’s Astronautical Engineering and Civil Engineering laboratories, as well as the Departments of Chemistry and Biology.

Gregory flew 550 combat rescue missions in Vietnam, earned competitive selection in the first class of Space Shuttle Astronauts, and was the first African-American to pilot a spacecraft where he accrued 455 hours in space.

During his career, Gregory flew 6,976 hours in over 50 aircraft, both incredible feats of airmanship. Gregory later served as NASA’s Deputy and Acting Administrator.

“Gregory Hall will serve as an inspiration to cadets for generations to come,” said Academy Superintendent Lt Gen Richard Clark. “Col. Gregory excelled in academics, in the air, and in space. He epitomizes the Academy’s heritage and also its future as the Academy of the Space Force.” 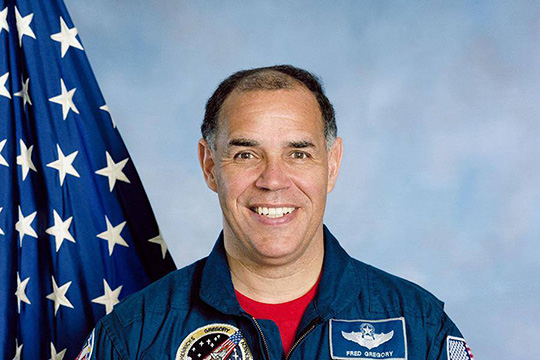