Grit, discipline and excellence beyond their years.

The cadets were sent home to finish their sophomore year in March 2020 as the coronavirus began to spread across the country. Fast forward 26 months — and more than 1 million COVID-19 deaths in America — and Wednesday (May 25) was a day to celebrate for nearly 1,000 newly minted second lieutenants who tossed their white caps into the blue sky as the Thunderbirds screamed overhead.

Parents and loved ones on the west side of Falcon Stadium stood and cheered with cell phone cameras snapping away as graduates made their way on stage, shaking hands with graduation speaker Secretary of Defense Gen. (Ret.) Lloyd Austin before celebrating with their classmates.

“Congratulations lieutenants. You’ve completed one of the most rigorous academic workloads in the country,” Austin said. “You have shown outstanding talent, guts and grit. Graduating from this Academy is hard enough without a pandemic. But what counts is how you respond to hard times. You insisted on taking care of each other. So, before you even graduated, you passed your first test of leadership.”

Dean of the Faculty Brig. Gen. Linell Letendre ’96 highlighted that among the graduating class there were 104 distinguished graduates, 53 Academy Scholars and 14 warrior scholars — those recognized for their combined academic, military and athletic excellence.

Lt. Gen. Clark thanked parents and families for help shaping cadets into who they are.

“We make leaders at the Air Force Academy, specifically leaders of character, and this class is proof of our product,” Clark said. “I’m inspired by this next generation of officers because their energy seems never-ending and their potential is limitless. I’m extraordinarily proud of each and every one of you, and it has been an incredible honor to serve as your superintendent, and it will be an even greater honor to serve alongside you in the mightiest fighting force on the planet.” 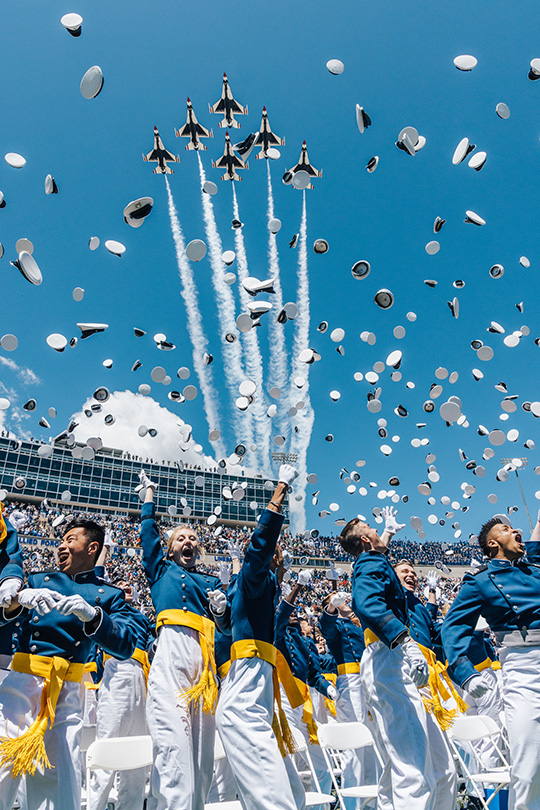 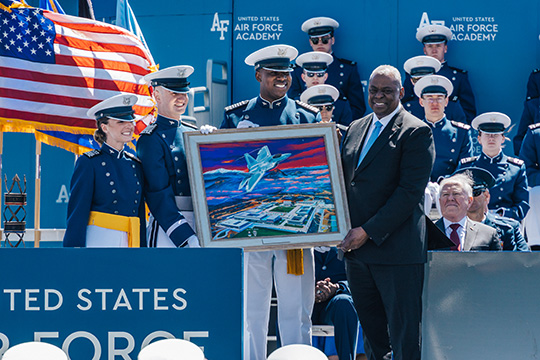 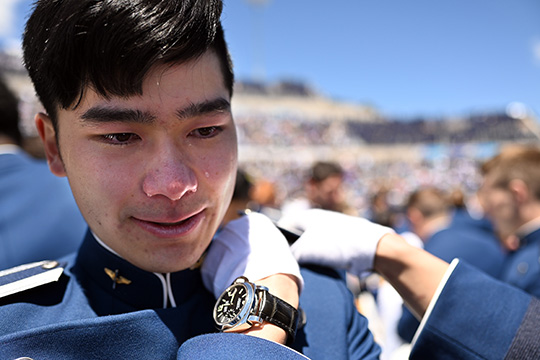 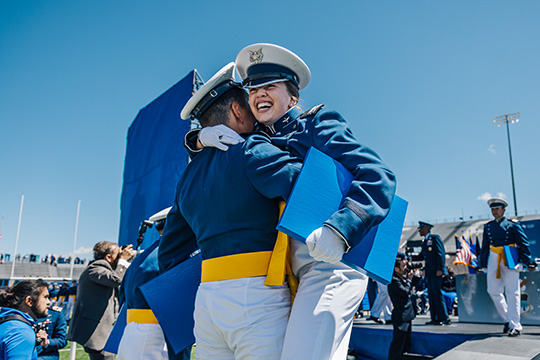 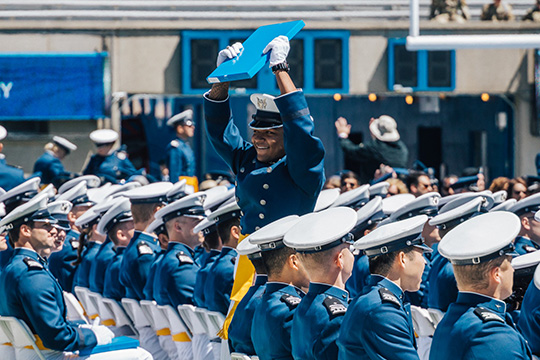 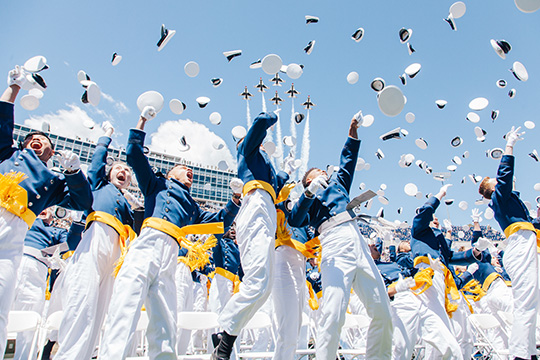