At a near-normal graduation ceremony for the Class of 2021, a total of 1,019 United States Air Force Academy cadets joined the Long Blue Line and became second lieutenants in the Air Force, Space Force and other military services.

The weather was spectacular for the 8,000 attendees in the stands of Falcon Stadium. Each cadet was allotted eight tickets for the gathering, ensuring that some level of social distancing was possible in the waning days of the global COVID-19 pandemic.

Lt. Gen. Richard Clark ’86, USAFA superintendent, kicked off the ceremony by recounting the challenge the Class of 2021 rose up to meet when the pandemic began 15 months prior. He said the leadership lessons learned during the class’ final months at USAFA will benefit the new second lieutenants as they begin their military service.

“They have shown they are exactly the kind of officers we need to elevate America’s standing, enhance our capability in the face of great power competition, and rise up against any challenge that confronts them,” Gen. Clark told the crowd.

Speaking directly to the new graduates, Gen. Clark offered three pieces of advice as they departed: live honorably; lift others to be their best possible selves; and elevate performance toward a common and noble purpose.

“In the near future, you will undoubtedly face great challenges, but you have shown us you are ready to rise above the adversity,” he said. “We are counting on each of you to accelerate the change that we need to win.”

John Roth, acting secretary of the Air Force, thanked the graduating cadets for their commitment to fulfilling the mission of the Academy during difficult times. Now, he said, the newly minted second lieutenants must take the leadership skills they learned and guide the Air Force and Space Force into an uncertain future.

“Graduates, you are joining the Long Blue Line in an era of transformation,” he said. “This is your chance to build on a legacy of innovation steeped in heritage. You will be called on to imagine unthinkable threats, to face untold challenges, and to overcome uncharted adversity. As I look across this field, I know we have the right leaders to carry us into the future.”

Gen. Mark Milley, the nation’s 20th chairman of the Joint Chiefs of Staff, was the keynote speaker for the ceremony. He began his comments by thanking the Air Force for securing the high ground, and credited the military branch for saving his own life on more than one occasion.

“It is you, the reason that I am alive,” he said. “It is you that so many others in the Army and Special Forces are alive today. When we called in close air support, you rolled in. We didn’t care about the color of your uniform. We’re a joint force – one team, one fight, every day, all day, day and night. And the enemy should never forget it.”

The audience erupted in applause in response.

As with the other speakers for the day, Gen. Milley congratulated the Class of 2021 for persevering and thriving in the COVID-19 environment.

“Your class has earned you motto, over and over again. ‘No doubt, no fear,’” he said. “No matter how high the mountain, or how strong the tide against you, you all rise together. You have learned as a group that you’re stronger together.”

As he prepared the Class of 2021 for entry into the military, Gen. Milley noted that many more challenges lay ahead. The globe has enjoyed 76 years of great power peace since the end of World War II in 1945, he said, but that relative peace is “under stress.”

“We can see it fraying at the edge,” he said. “Right now, we’re in a great power competition with China and Russia, and we need to keep it a competition and avoid great power conflict. Each of you is going to play an important role in keeping the peace.”

While the goal is peace, Gen. Milley added, the nation’s military personnel always need to be at the ready to win wars if called upon.

“Each and every one of you are going to be fundamental to our nation’s defense for years to come,” he said. “When America has faced dark days and challenging times, it’s always been Air Force Academy graduates who have stood ready to answer the call.”

Gen. Milley recounted numerous USAFA graduates who have paid the ultimate sacrifice to protect our nation and provide stability around the globe. It’s now the turn of the members of the Class of 2021 to step up and do the same, he said.

He stressed the importance of new technology to the future fight, and urged the new second lieutenants to lead the way in developing new warfighting tools — principally in artificial intelligence, robotics, human engineering and hypersonics.

“The country that masters these technologies and combines that with leadership to take advantage of them … the side that does that best is going to have a decided advantage,” he said. “It’s your challenge to be that side. Challenge yourselves to meet the threats that loom on a far away horizon.”

In concluding his remarks, Gen. Milley said the new second lieutenants will play a critical role in our nation’s security and global stability.

What matters, he said, is the words contained in the Constitution.

The crowd roared its approval.

At the conclusion of the remarks, each new graduate received his or her diploma and accepted a salute, handshake and coin from Gen. Milley.

Then, following a final reciting of the oath, the Thunderbirds demonstration team flew overhead, marking the end of the Class of 2021’s time at USAFA. 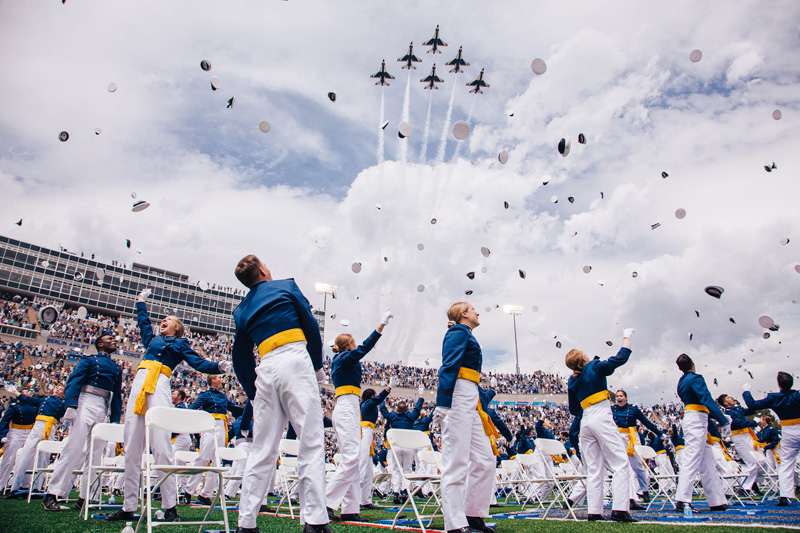 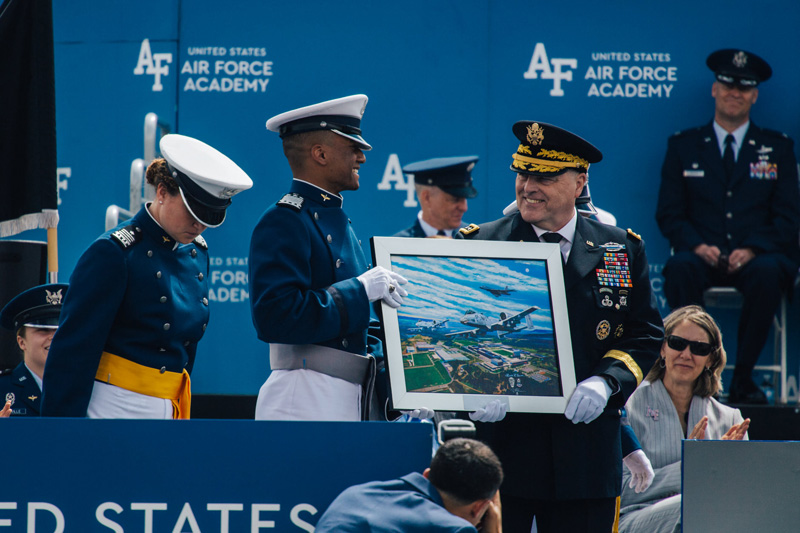 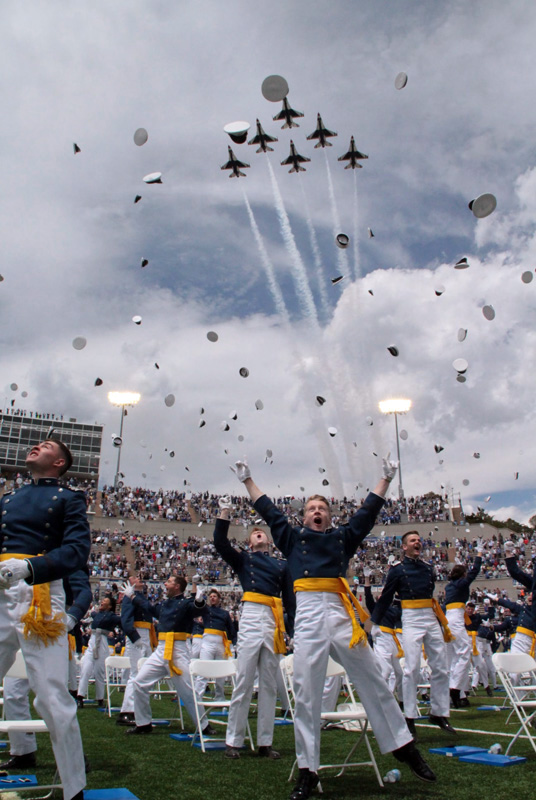