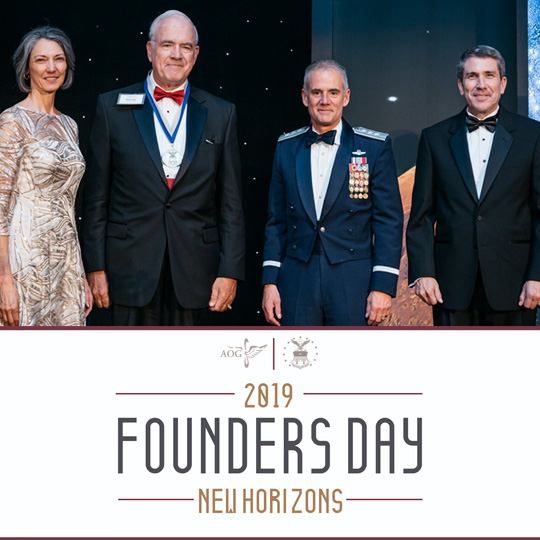 Approximately 400 people were in attendance to celebrate the 65th anniversary of the founding of USAFA and to honor four newly chosen Distinguished Graduates of the institution.

The Academy and AOG have selected Distinguished Graduates each year since 2001. The award recognizes alumni who have set themselves apart by making a lifetime of significant contributions to our nation and their communities.

Jayne, Lambert, Welsh and Inglis bring the total number of USAFA alumni to be honored as distinguished graduates to 41.