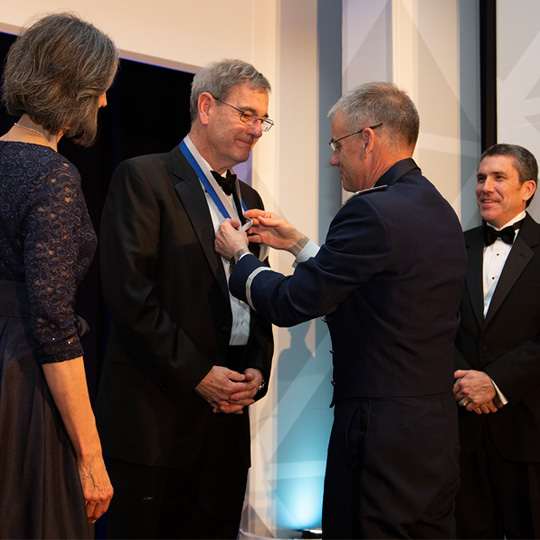 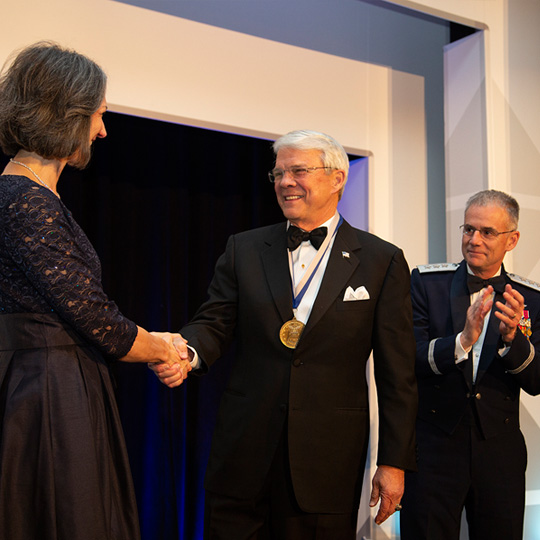 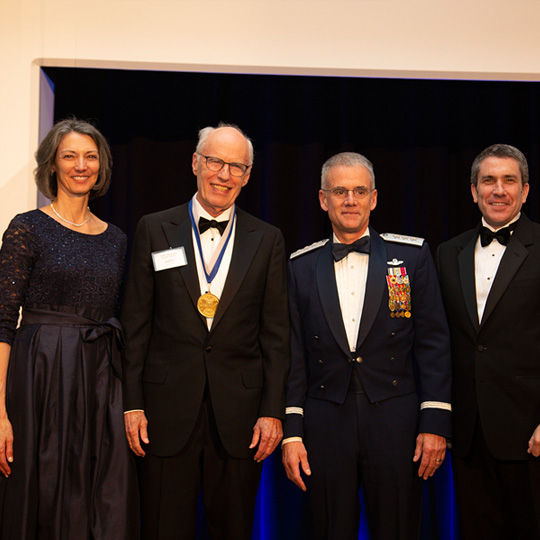 A record crowd of more than 400 USAFA graduates, cadets, family members and friends was on hand for the evening gathering at the Arnold Hall Ballroom.

The theme for the gathering was “Expect Great Things” and focused on the incredible impact USAFA graduates are having around the globe.

After serving as an Air Force pilot and instructor, John Fox transitioned into the oil, natural gas and energy business. He founded Western Gas Resources, Inc. and was the company’s executive vice president and chief operating officer for 15 years. Fox then co-founded MarkWest Energy Partners and was its president, CEO and chairman of the board from 1987 to 2009. Fox is currently chairman of the board of Kona Mountain Coffee. He’s also the founding director and a former vice chairman of the Air Force Academy’s Endowment, and a primary supporter of the Academy’s Center for Character and Leadership Development and its Research and Development Institute.

Allan McArtor is chairman and chief operating officer of Airbus Group. Previously, he was a senior manager with the Federal Express Corporation and administrator of the Federal Aviation Administration from 1987 to 1989.

Before flying on the Air Force’s Thunderbirds aerial demonstration team, McArtor was a fighter pilot in the Vietnam War.

McArtor currently serves on the Board of Directors of the Air Force Academy Athletic Corporation and is a 30-year trustee of the Falcon Foundation.

Gen. Lorenz enjoyed a 37-year Air Force career, including commands at the squadron, group, wing and major command levels. He also served as commandant of cadets at the Academy.

After the 9-11 attacks, Gen. Lorenz director of the Air Force’s annual budget for four years.

His final military assignment found him as commander of Air Education and Training Command at Randolph Air Force Base, Texas.

After retiring from the Air Force, Lorenz became president and CEO of the Academy Endowment for four years and helped raise more than $80 million for Academy building projects and programs.