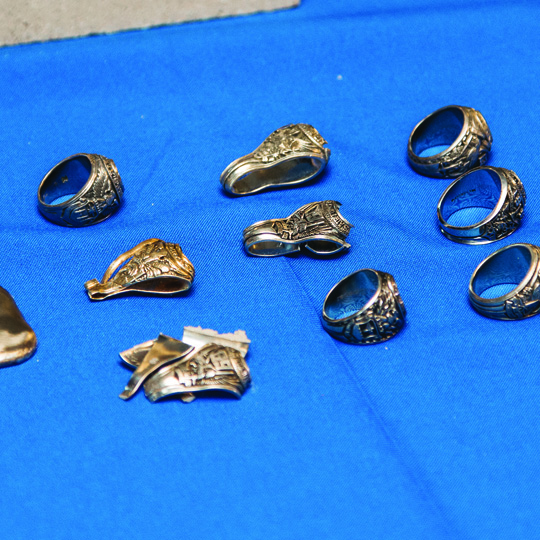 This year, a total of nine rings were melted as part of Forged in Blue. Last year, at the inaugural melt, six rings were donated for the purpose.

After the gold was melted down by Jostens and the ingot cooled, members from the Class of 1971 attended the Commitment Dinner for the Class of 2021 that evening. The ingot was presented to the class officers and transferred to Jostens for the production of the new class rings.

“It symbolizes the Long Blue Line’s commitment to the cadets as they commit to our Air Force Academy,” explains MJ Kellenbence ’80, AOG ring program coordinator.

A second ingot, which contains bits of all the gold rings donated in the program so far, is now being safeguarded by the Association of Graduates and will be included in next year’s melt for the Class of 2022.