The connection between the Air Force Academy Class of 2024 and its Legacy Class of 1974 grew stronger Thursday as 13 donated Class of 1974 rings were melted down to be added to rings being made for the second-class cadets.

The rings were melted down, creating two gold ingots, during the fifth annual Forged in Blue ceremony at Doolittle Hall as members of both classes participated. One ingot becomes the Forever Ingot and is used at next year’s ceremony, while the other goes to Jostens so it can be included in the Class of 2024’s rings.

“Every year the richness of this forever ingot grows and right now it has rings from the first graduating class, rings worn by chiefs of staff, those worn in space, those warn in combat and the list goes on,” says Mark Hille ’97, president of the Association of Graduates and the Air Force Academy Foundation. “Our goal someday soon is that we will have a ring melted from every class so that the forever ingot will in fact connect all classes for all time.”

Thirteen rings were donated and each of the men briefly spoke either for themselves, for a classmate, or for a family member of a classmate.

Col. (Ret.) Terence Henricks ’74 said his class was strongly influenced by NASA’s Apollo program, which landed the first people on the moon. That passion resulted in five members of the Class of 1974 becoming astronauts and traveling on the Space Shuttle.

“This ring accompanied me on all four of my missions. It has been in space a little over 1,000 hours, 684 Earth orbits, almost 18 million miles and 40 days in space.”

Col. (Ret.) Richard Bowman ’74 wore his ring throughout his career. He highlighted that it was on his hand as he delivered eight production B-2s to the Air Force, certified the engine for the F-22’s first flight and while he was testing tiles for the Space Shuttle.

“I can only imagine what it will see as it becomes part of your rings in the future,” Bowman says. “I can think of no better use of this ring than to be part of that.”

Debbie’s wrote, “Bill never talked about the ring and rarely wore it during our 40 years of marriage. I know, though, that it was important to him. Attending the Air Force Academy was a dream of his from a young boy. The dream represented a culmination of four very important years of his life and the beginning of an outstanding career in the Air Force. He was so proud to represent his country and humbled to have the opportunity to fly fighters, his life dream. Not many people live their dream. Thank you for taking good care of the ring.”

The message reads, “I want to be a part of this great tradition and contribute to the Class of 2024 and the Long Blue Line.”

Kotecki wrote a letter to the Class of 2024 that in part read, “I believe it is very significant that there will be gold from your rings, from my ring and my classmates rings. You’ll have a sense of connection to our class by knowing your ring contains gold from our rings. This connection to our class that graduated 50 years before you is important in order to help instill the understanding and feeling of belonging to a distinguished group of military officers known as the Long Blue Line. As such, there will be great commitments required of you and expectations of honor and excellence.” 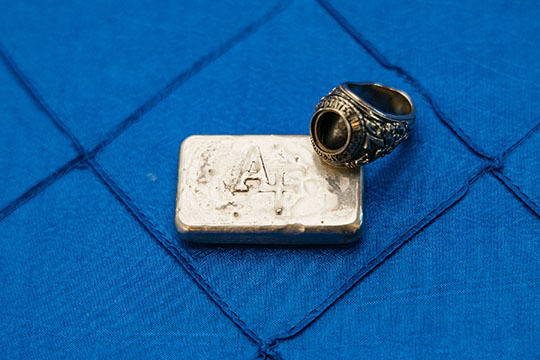 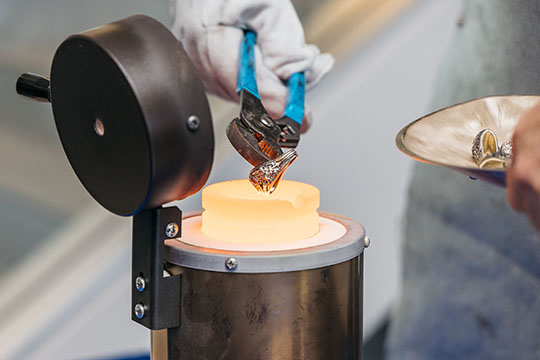 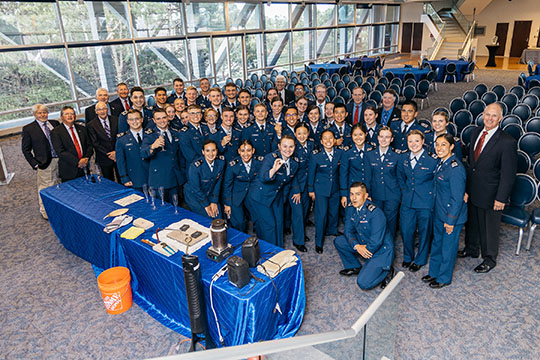