The fourth annual “Forged in Blue” ceremony was conducted Wednesday (Aug. 4, 2021) in Doolittle Hall, with about 50 members of the Class of 2023 in attendance to witness the melting of 13 donated rings from their Legacy Class — the Class of 1973.

The ring melt was instituted by the Association of Graduates to help symbolize the commitment and involvement of the Long Blue Line as the next class commits to the United States Air Force. The Commitment Dinner for the Class of 2023 immediately followed the ceremony.

One additional donated ring was part of the melt — Jon Wroblewski’s ring from the Class of 1971 was included in the ceremony.

Representatives from Jostens were on hand to conduct the melt. The molten gold was eventually formed into two ingots — one that will be used in the production of the rings for the newly committed Class of 2023. The second ingot — known as the Forever Ingot — will be used in future ring melts, carrying forward gold from all the rings previously donated.

Marty Marcolongo ’88, president and chief operating officer of the Association of Graduates, told the assembled crowd the goal of the “Forged in Blue” program is to involve every graduating class and their rings.

“Sometime in the future, we hope that we can have gold from each graduating class in this ingot, leading to the day when all rings given to juniors will include gold from every class that has come before them — something the other academies will never be able to do,” he said.

Each of the donors, or their designated representatives, shared words of encouragement to the Class of 2023 as their ring was added to the collection to be melted. A sampling of the statements follows.

Former Chief of Staff of the Air Force Gen. Schwartz donated his ring to the effort.

“It is a privilege to contribute to the symbol of your achievement and promise, the class ring,” he said. “Please remember that the country needs good people, as the armed forces and other worthy endeavors need leaders who work hard, are loyal to the Constitution and are profoundly trustworthy. Lead on.”

Rossetti prepared a statement to be read for the Class of 2023.

“Wherever we go and whatever we do, we do not go alone,” he wrote. “We bring with us a communion of spirit with those who support us and love us, and those upon whose shoulders we stand. This modest gift of my ring is a sign that we are with you, and sending you our love, prayers and encouragement. Stand tall and go forward with confidence. You are not alone.”

Gen. Barry added a bit of levity to the ceremony. He recounted his decision to donate his ring for the melt, but said he was unable to remove it from his finger.

After trying several different ways to extract the ring, Barry eventually had help from the local fire department to cut it off.

“They’re sawing my ring off … and I bled for this class,” he laughs. “I want you to know, not only is my ring forged in blue, which is a great honor, but it’s forged in blood.”

In another prepared written statement, Muse said he wanted to pass on the gold in his ring to future generations of cadets. He told cadets their USAFA career will help open doors for future leadership opportunities in the Air Force and beyond.

“Make the most of these opportunities and do not forget to give back to USAFA, which has given much to you already,” he wrote.

Lt. Col. Diffley said he decided to donate his ring, which was stored in a dresser drawer for several years.

“Not because it has no meaning to me,” he said. “In fact, over the years and even decades, the lessons learned and the friendships granted have gained all the more value. But alas, it no longer fits over my knuckle.”

Anselm wrote that he participated in the program because of his Legacy Class’s connection — 50 years removed from their own USAFA graduation — to the Class of 2023.

“One chapter of your life is closing, but worlds are opening for you,” he wrote. “Go in confidence in the knowledge that we stand with you and pass a small portion of ourselves to you.”

Col. Scott noted it was his “honor and duty” to donate his ring “to this symbolic legacy.”

Jayne Wroblewski, the widow of Jon Wroblewski, told cadets that her husband wore his ring every day of his life.

“I know he would be honored to have this ring donated, melted down and used for future rings to connect past and future cadets of the Air Force Academy,” she said. “What he learned at the Academy taught him strength and honor in everything he accomplished. Honor above all else is how he lived his life.” 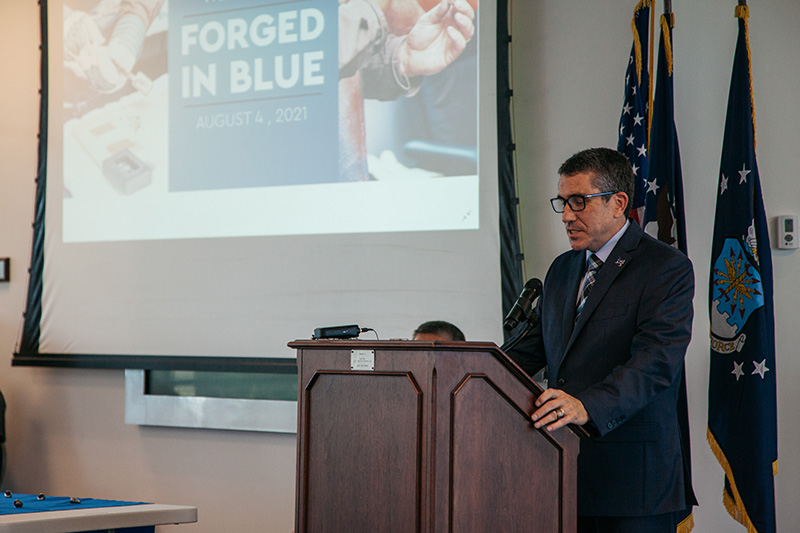 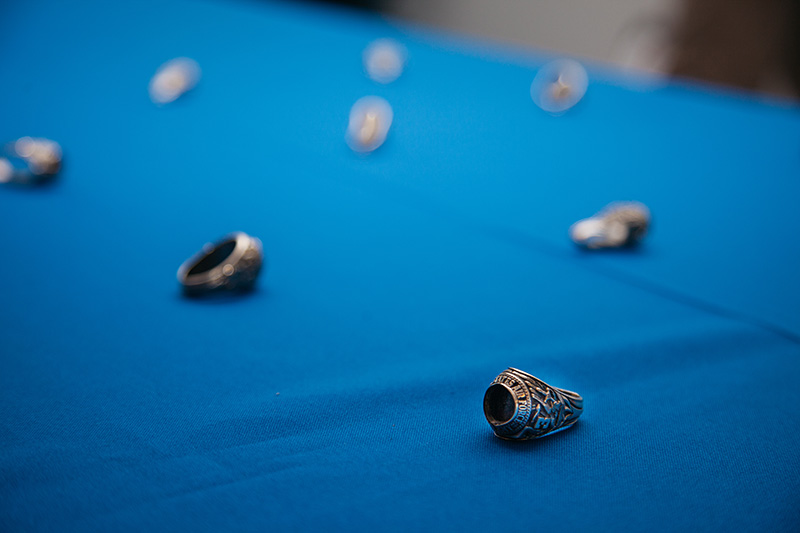 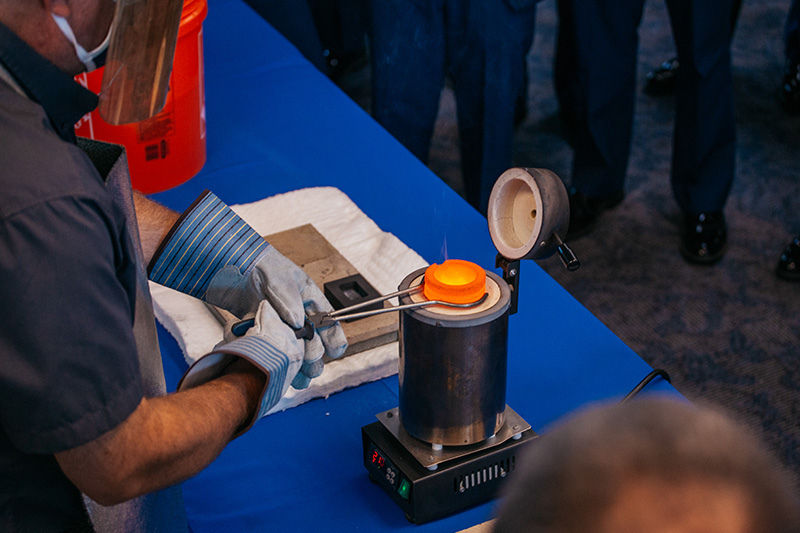 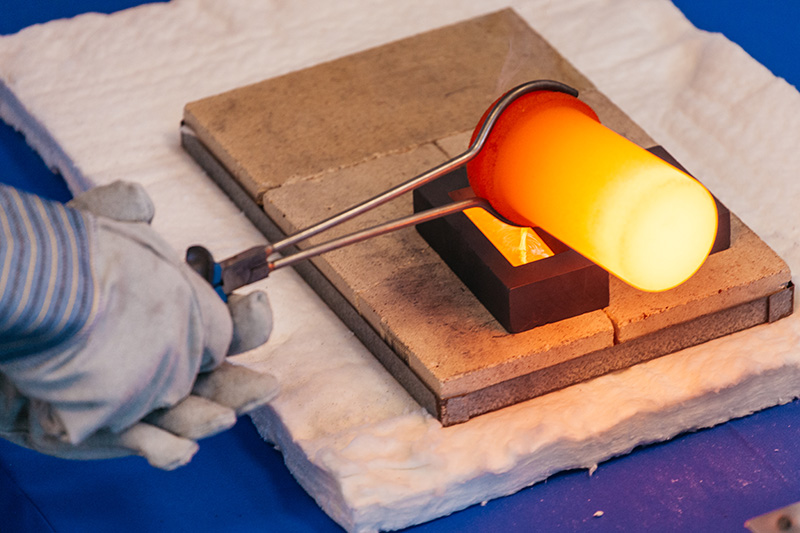 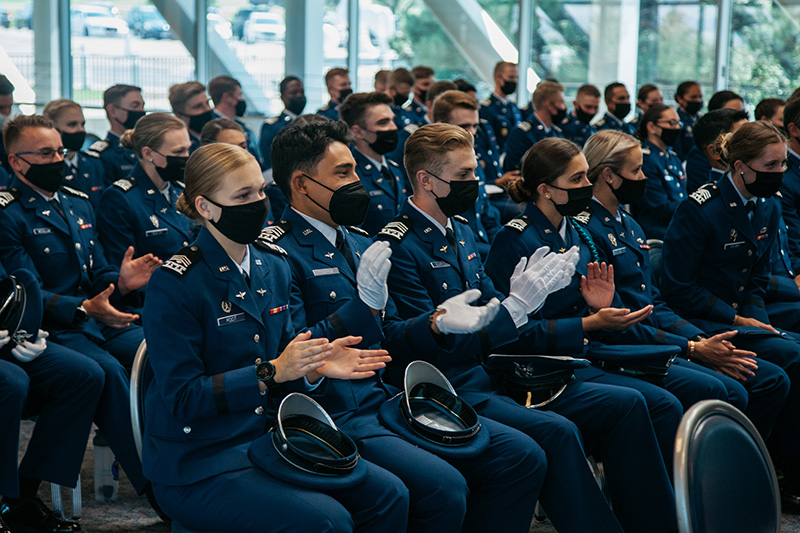 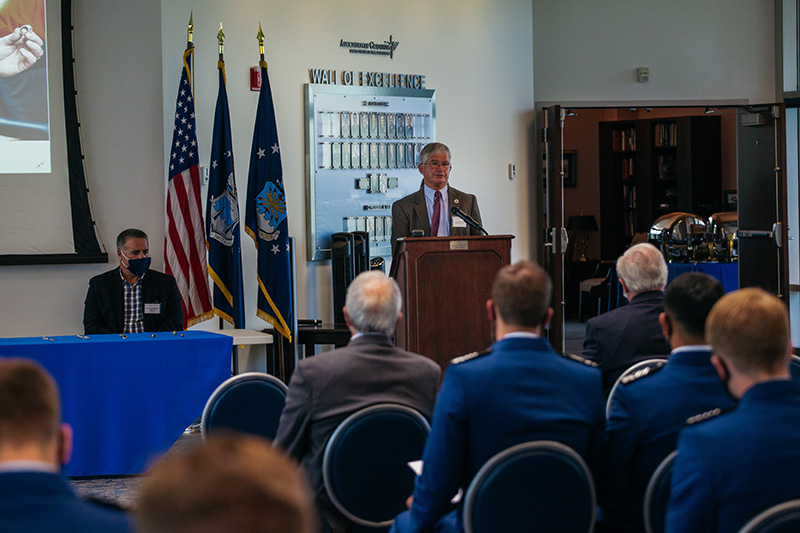 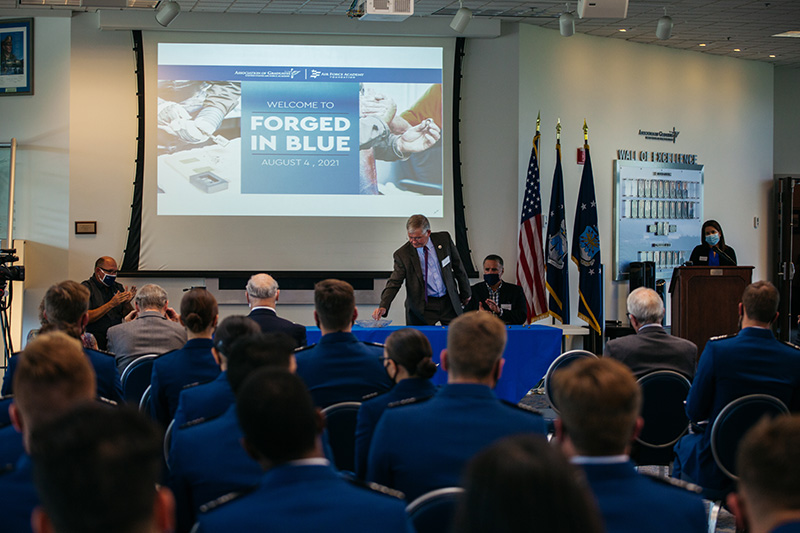 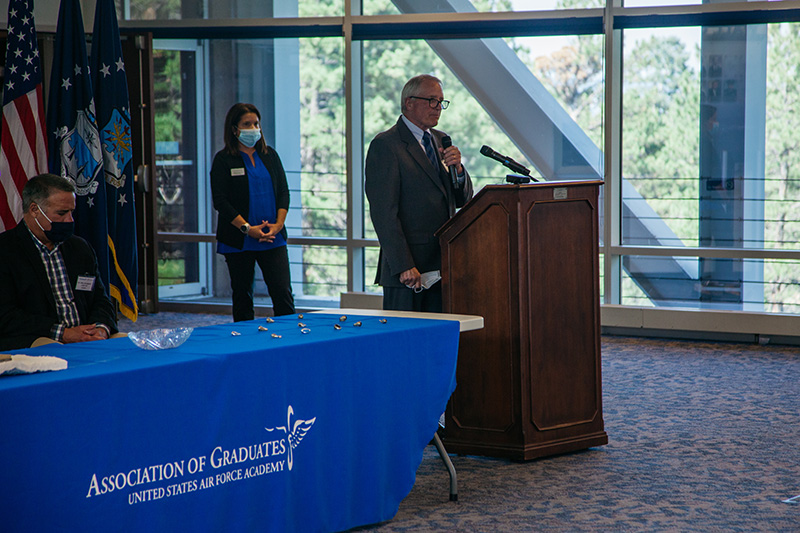 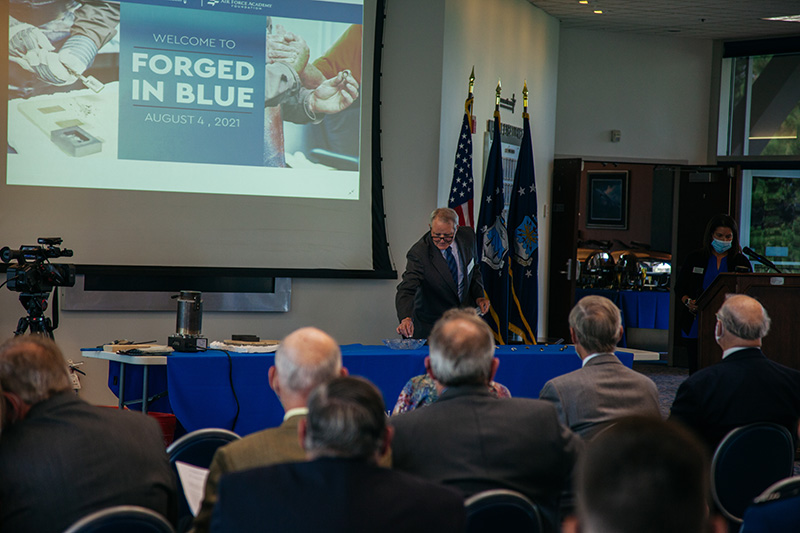 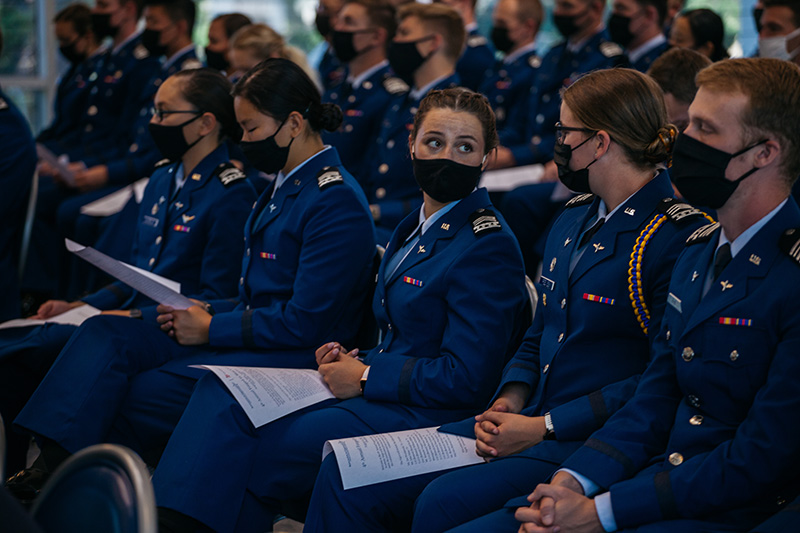 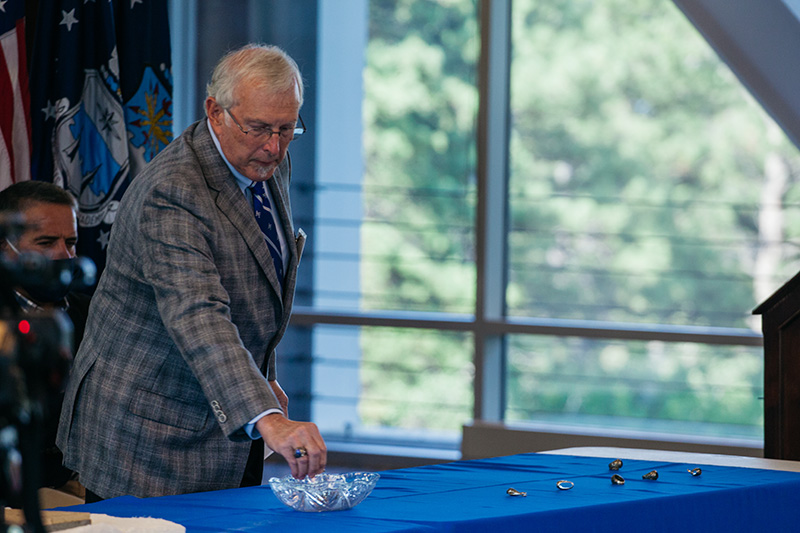 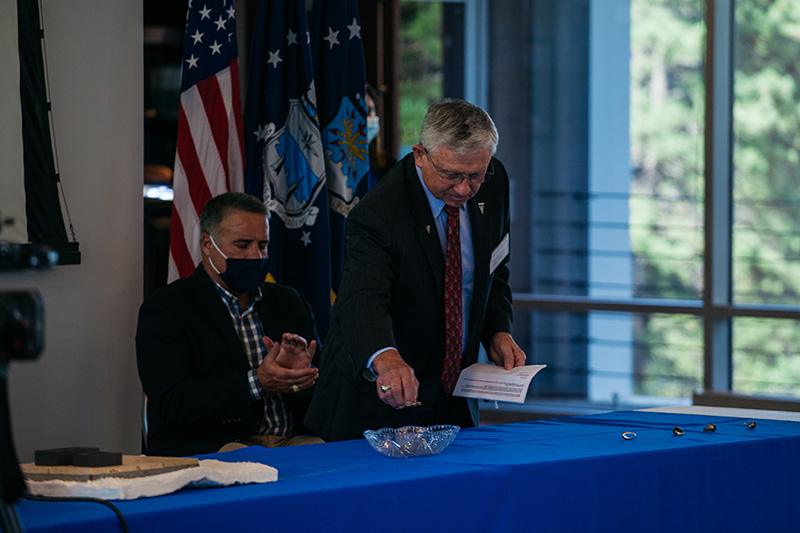 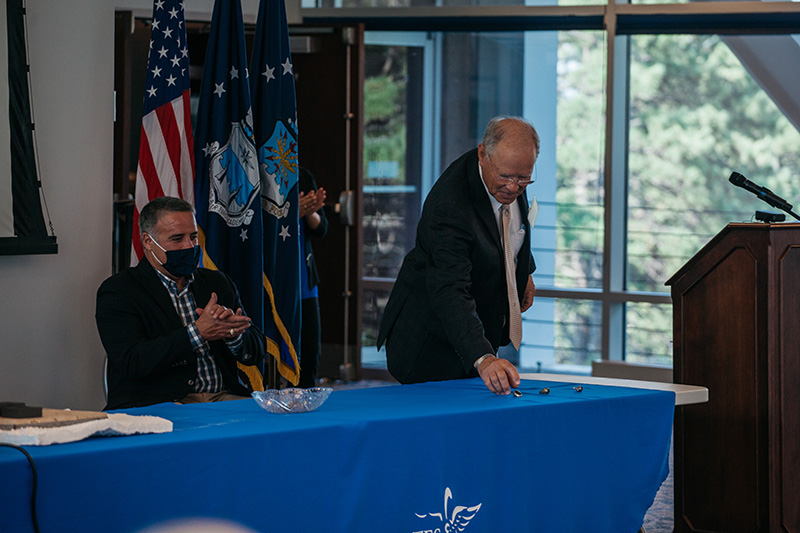 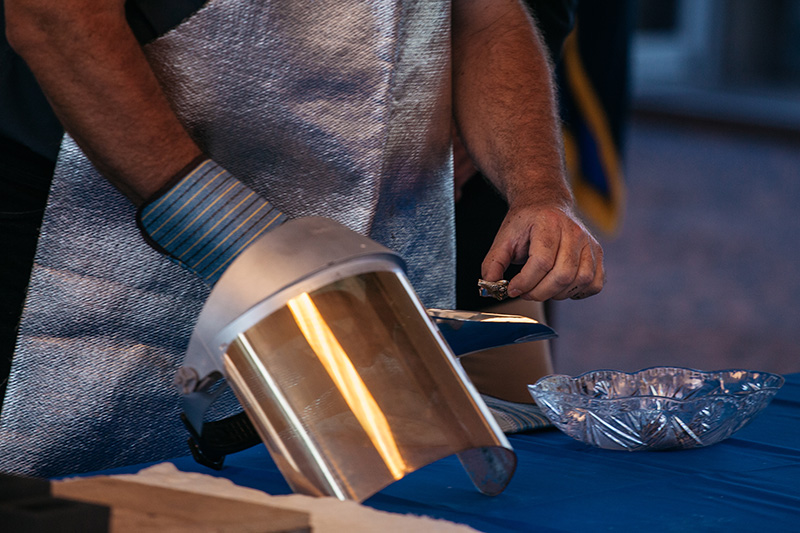 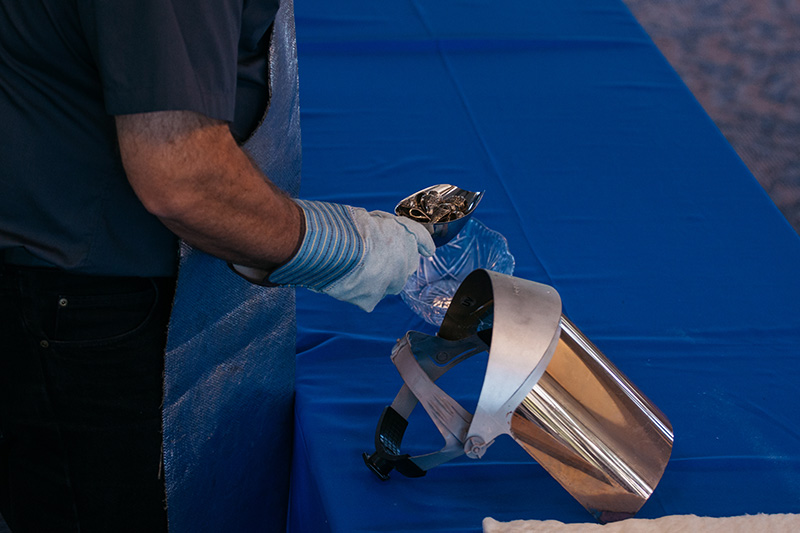 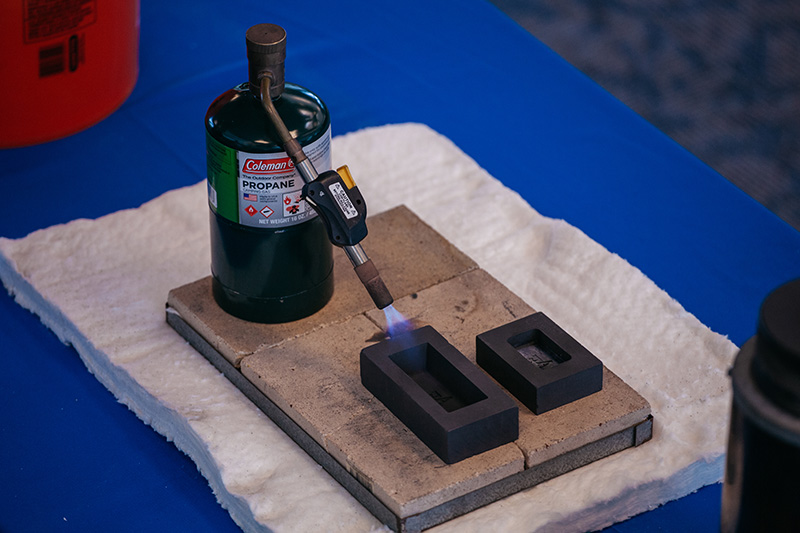 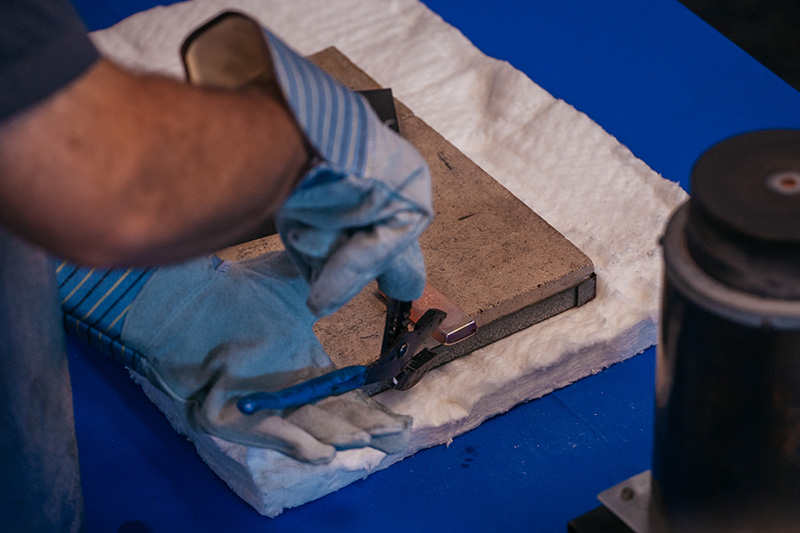 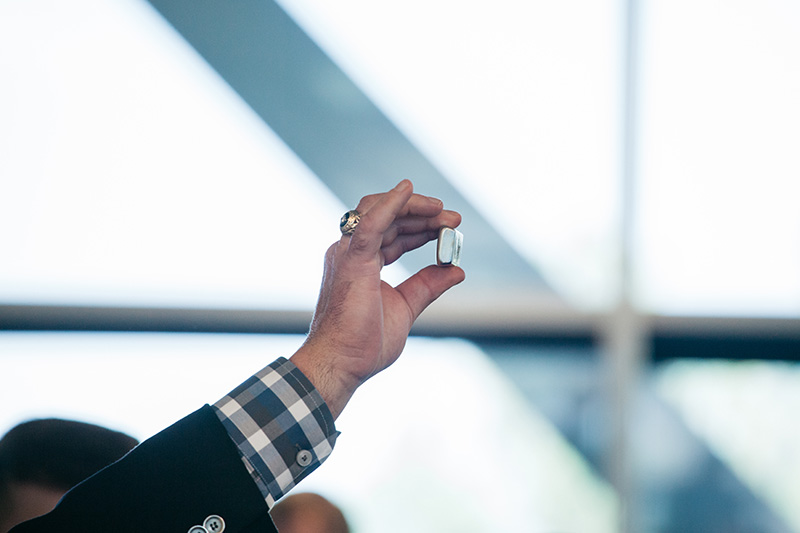 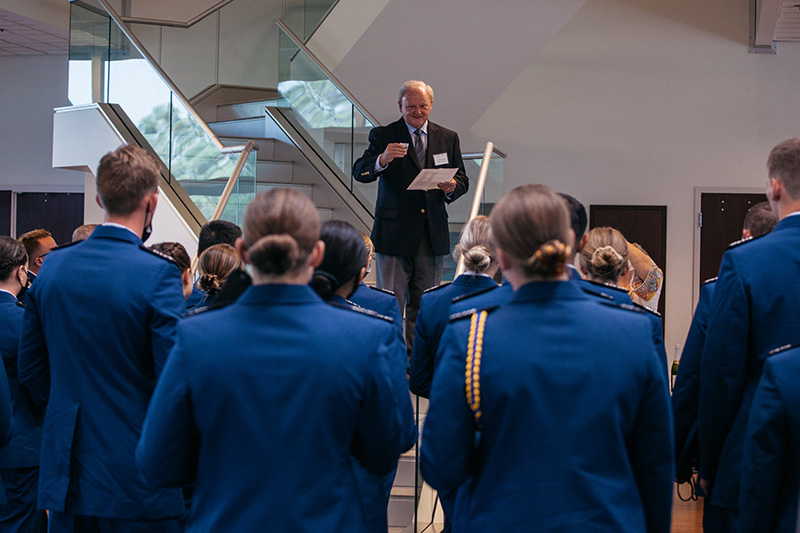 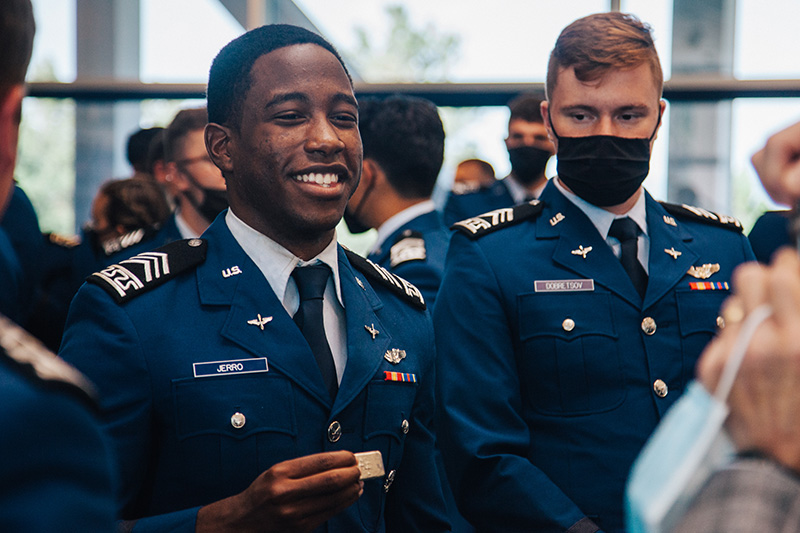 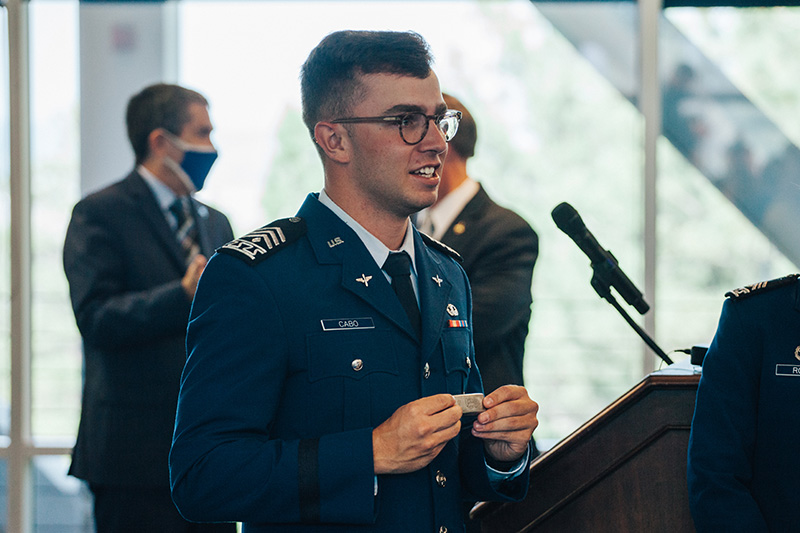