F-100 Super Sabre during the Vietnam War — joins 21 other plaques at the Plaza of Heroes honoring Air Force Academy graduates who flew or were crew members of various aircraft that were part of the conflict.

The names of all 13 graduates are etched in the F-100 Super Sabre plaque now displayed in the Plaza of Heroes.

Maj. Gen. (Ret.) Donald Sheppard ’62 opened the dedication ceremony with an invocation, praying for the fallen.

“Their loss was not in vain,” he said. “They were doing what they loved, flying fighters for their country. It’s sad that they are gone. But as we touch the names on this plaque, they are with us once again — young, smiling and laughing. We see their faces, we hear their voices, they are not forgotten.”

Maj. Gen. (Ret.) Edward Bracken, vice president of the F-100 Super Sabre Society, served as emcee for the afternoon. He recognized family members of the fallen who were in attendance for the day’s ceremony.

Bracken noted that more than 1,500 pilots flew the “Hun” during peace and war. He told the crowd that the Super Sabre Society is dedicated to preserving the legacy of the F-100 pilots. He said plaques similar to the one now hanging at USAFA were produced and are hanging at Nellis Air Force Base and the Smithsonian Air and Space Museum.

Maj. Gen. (Ret.) Thomas Griffith (USMA ’63) — Super Sabre Society president — was the keynote speaker for the day’s event. He read the names of each of the USAFA graduates who perished during their time with the F-100 in Vietnam and provided a brief biographical sketch of each.

“As we dedicate this plaque today to these 13 very special heroes … I’m honored beyond words just to be standing here,” he told the crowd, “representing the hundreds of pilots who flew the F-100.”

Choking back tears on occasion, Griffith shared stories of several of the fallen USAFA graduates that he personally knew.

As he finished his comments, Griffith joined family members of the fallen in attendance to unveil the plaque, created by sculptor Jim Nance ’71.

At the conclusion of the ceremony, the crowd read aloud a poem, titled “One More Roll,” written by Commander Jerry Coffee in 1968.

We toast our hearty

fallen from the skies,

and were gently caught

by God’s own hand

to be with him on High.

To dwell among the

known so well before.

As we fly among

them there, we’re sure

to head their plea.

To take care my friend,

and do one more

A reception for the attendees followed at Doolittle Hall. 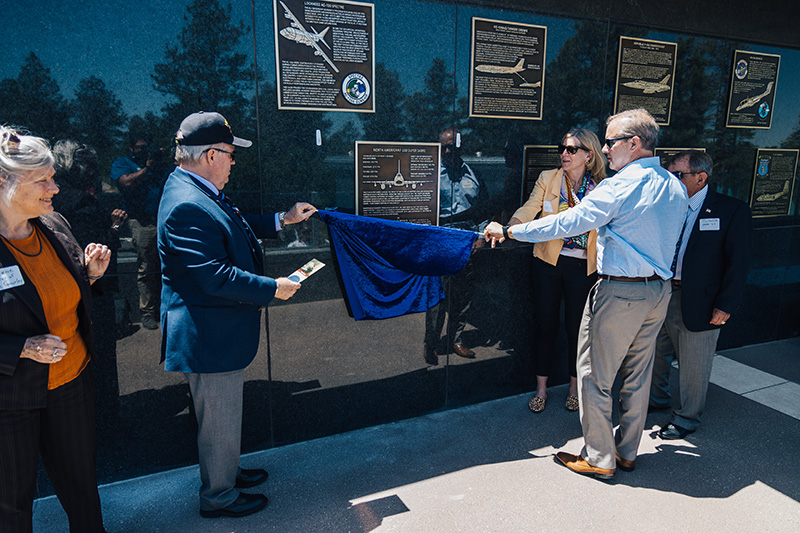 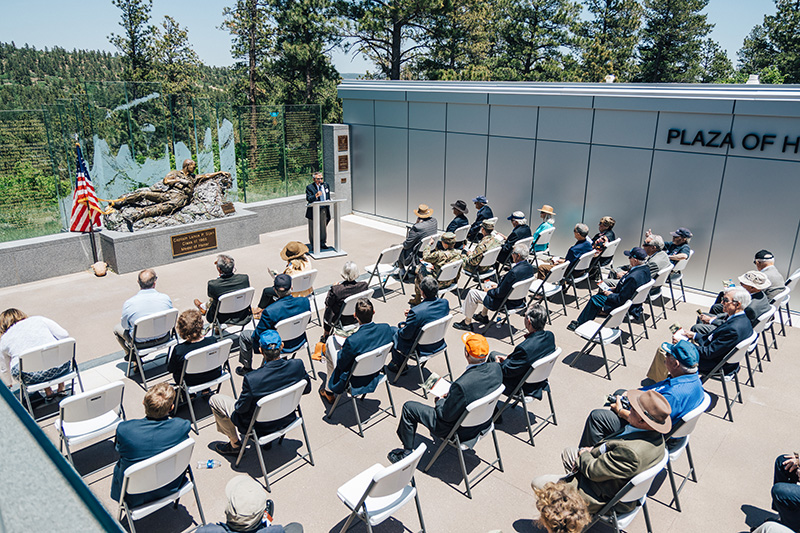 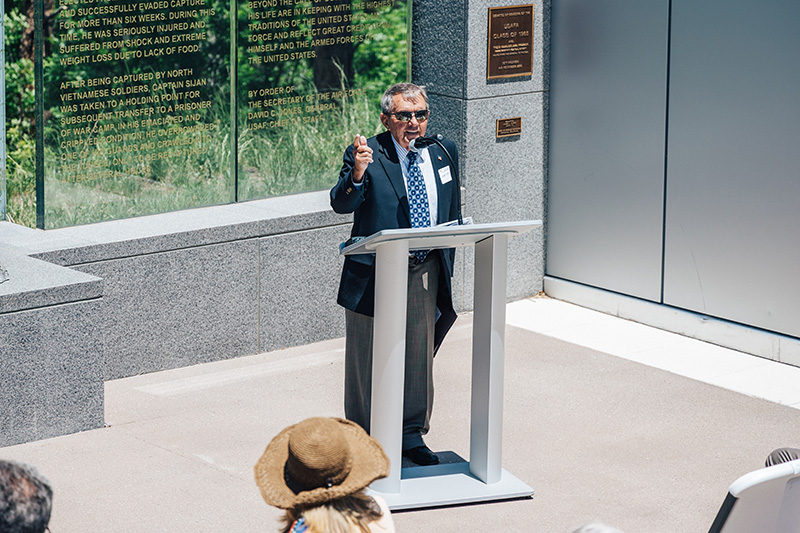 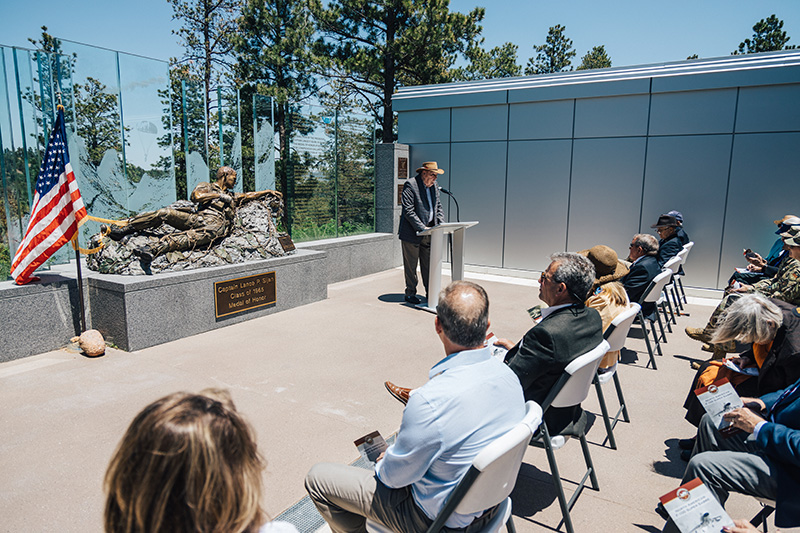 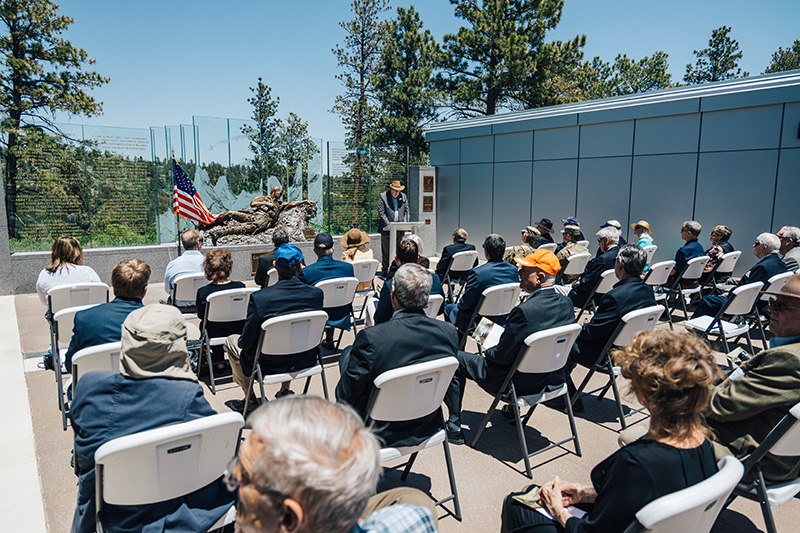 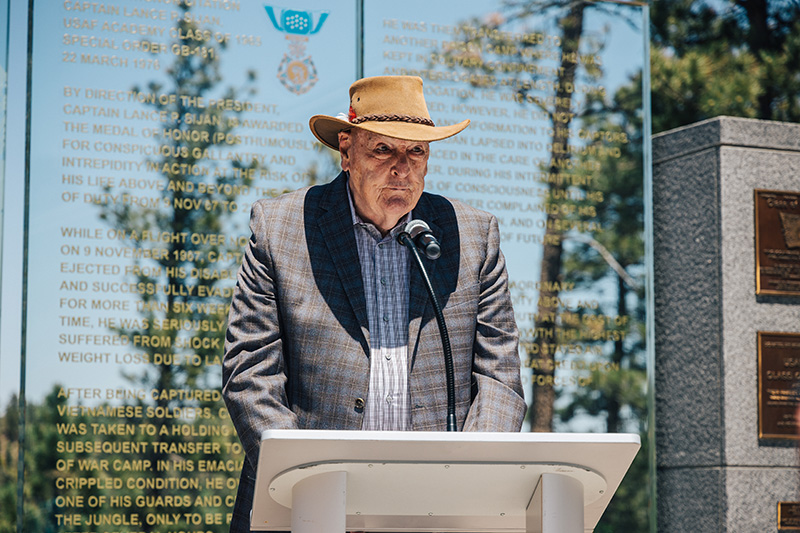 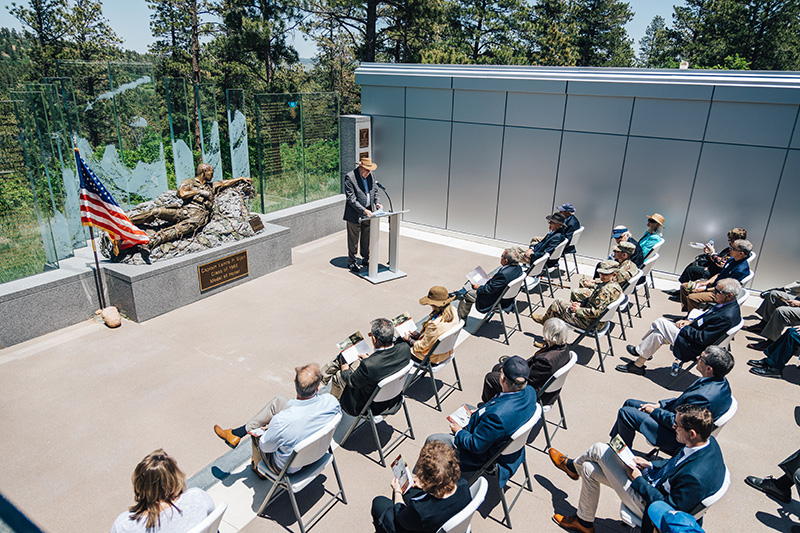 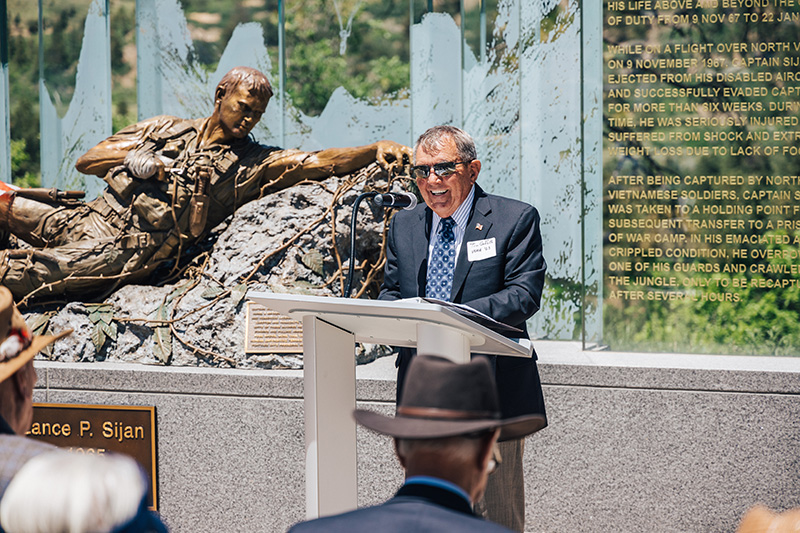 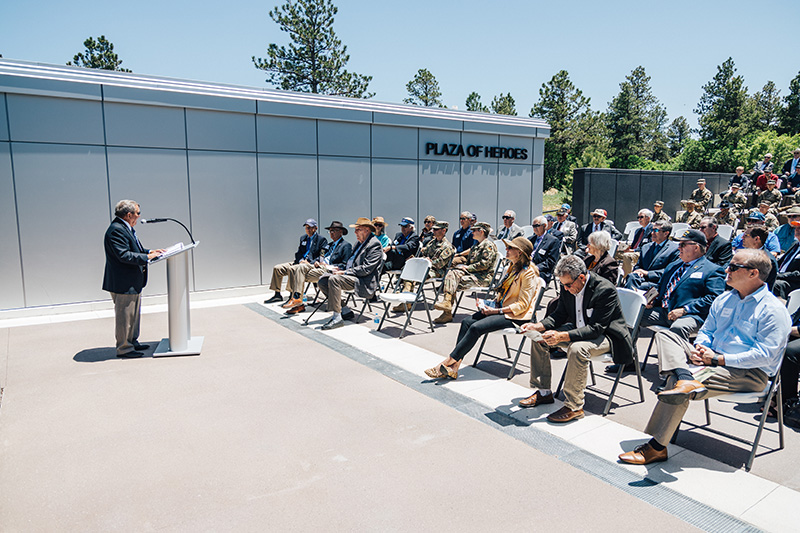 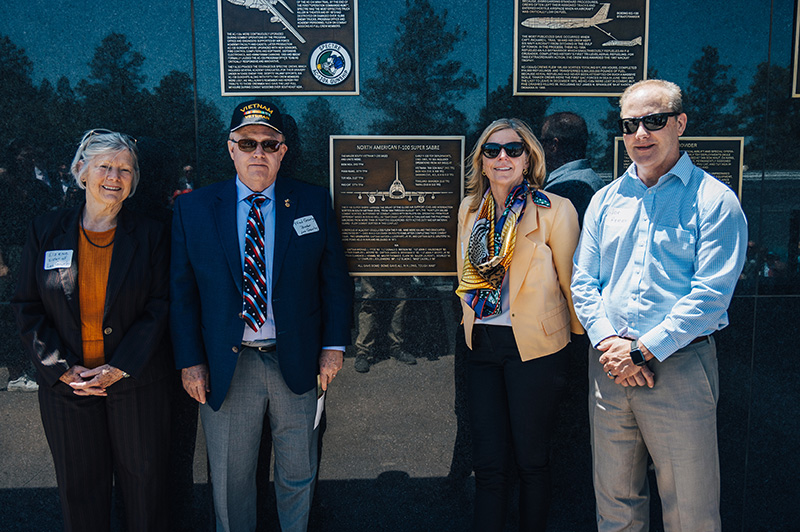 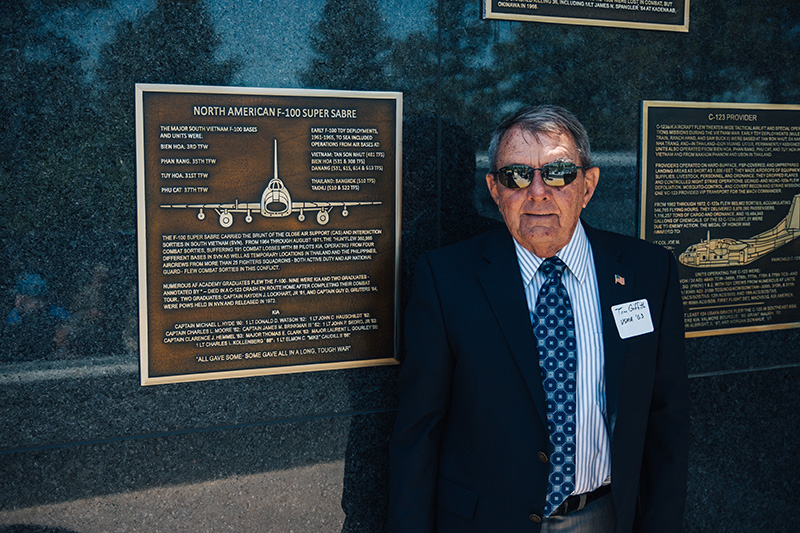 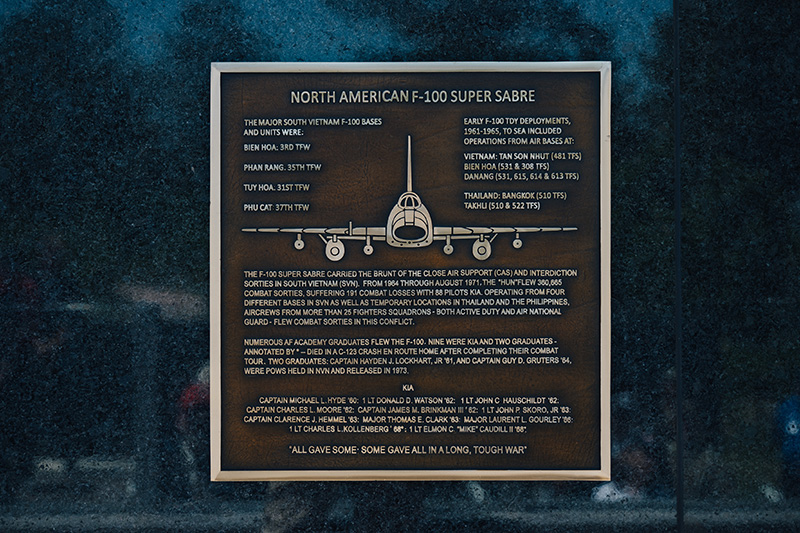