The USAFA Association of Graduates has learned of the passing of Lt. Col. (Ret.) Richard “Dick” Coppock ’61, who served as the AOG president and chief executive officer from 1983-1999. 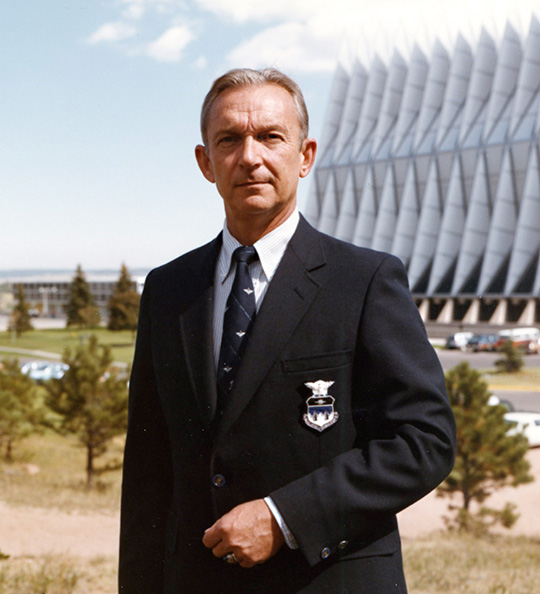 “The graduate community grieves with his family during this terrible moment of loss,” says Marty Marcolongo ’88, current president and CEO of the AOG. “He led the AOG organization to new heights during his time here, and for that his fellow Academy graduates owe him a debt of gratitude.”

When he was hired, Lt Col. (Ret.) Coppock was the first non-active-duty leader of the alumni organization. At the time, he was the only USAFA graduate on a staff of six AOG employees. In the 1980s, the alumni organization was housed in a few small rooms on the third floor of Sijan Hall. During his tenure at the AOG, he led efforts to raise the necessary funding to build USAFA’s first alumni house — Doolittle Hall — in 1991-92.

“Moving into Doolittle Hall allowed the AOG many more opportunities to serve the graduate community and the Academy through the years,” Marcolongo says. “It gave us a permanent home and a venue in which to celebrate the heritage of graduates and this great institution.”

For 16 years, Lt. Col. (Ret.) Coppock led the organization through significant growth and service expansion. Under his leadership, AOG membership more than doubled — from approximately 8,000 in 1983 to more than 17,000 in 1999. Among the many new AOG efforts Coppock and his team initiated were Inprocessing at Doolittle Hall, graduating class receptions, and expanded reunion planning and services.

Details on funeral arrangements will be provided once they become available.