Where No Magazine Cover has Gone Before?

NASA astronaut Dr. Kjell Lindgren ’95 stopped by Doolittle Hall on May 21, 2018, to deliver a special surprise. 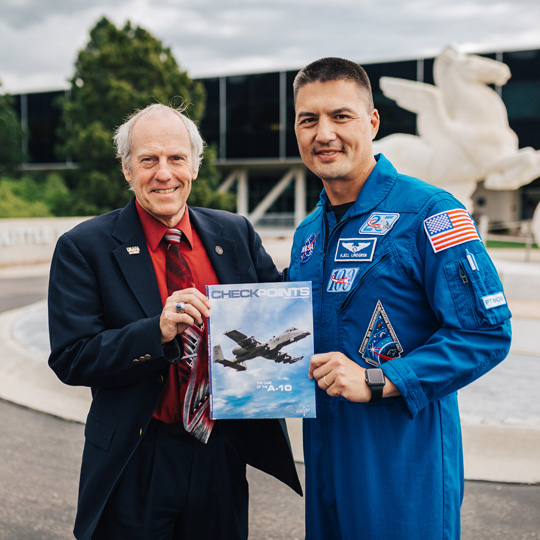 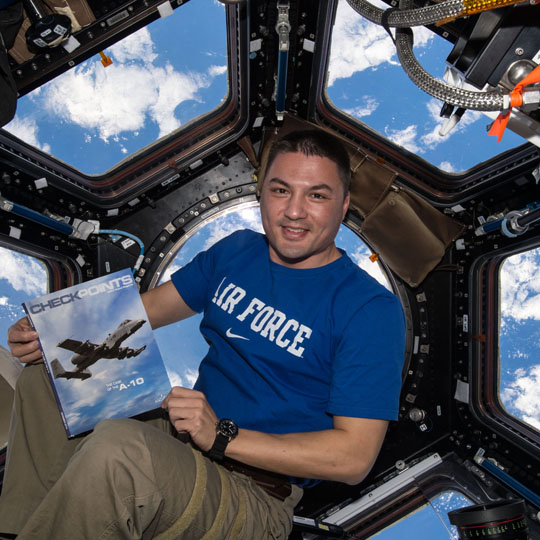 Lindgren, who flew to the International Space Station as part of Expedition 44/45 in 2015, brought along the cover from the December 2014 issue of Checkpoints, the alumni magazine produced by the Association of Graduates. In the tradition of the quarterly “Check in with Checkpoints” column, Lindgren had snapped a picture of the cover, himself and Earth in the background while on orbit.

As part of his recent visit to the Academy — during which Lindgren participated in the Academy Jump Team’s “Blue Suit” Party — the astronaut stopped by Doolittle Hall to present the cover to Executive Vice President Steve Simon ’77, along with a couple mission patches and a certificate of authenticity.

The items will be appropriately framed in the near future and displayed on a Doolittle Hall wall.