Charlie was born in Charleston, West Virginia, to Cecil and Marie Dye.

After he retired, he helped his wife and her family take care of his mother-in-law for two years. Later, he started volunteering by giving campus tours at the United States Air Force Academy Association of Graduates.

Fellow volunteer Robert “Uncle Bob” Diehl knew Dye for about 18 years, first working together at the Academy and then as an AOG volunteer.

“He and I, over time, became the two chief tour guides for the AOG,” Diehl says. “It was a labor of love. What a thrill it was to help people out. We didn’t do it for recognition, we did it because we loved it. Everything we did was because we had a passion for it.”

In addition, Dye spent much time at the Community Chapel assisting the Catholic Religious Education program.

Dye was a favorite of graduate families who benefitted from his tours of USAFA. A couple thank you notes were shared at Dye’s wake the night before his funeral.

One letter recounted a special tour that Dye gave a crowd of 55 youth hockey players, coaches and family members. Maj. Gen. (Ret.) Robert Worley II ’78 appreciated Dye for his incredible attention to making the tour special for all.

Sharon and Brenton Drakeford of Dallas enjoyed one of the last tours — Aug. 22 — that Dye led.

“It was the highlight of our trip to Colorado Springs,” they write. “We will long remember his passion for the Academy and for the cadets. He said there was no other job in the world he would rather be doing.”

They were shocked to hear about his recent passing.

Diehl says he was shocked to hear the news about the death of his friend.

“Everything he did was from his heart,” Diehl says. “He was one of the nicest gentlemen I ever met. He was my brother … and I get choked up when I think about him.”

“Service before self … Charlie was the example of that value in everything he did,” she says. “For over 10 years, Charlie volunteered for USAFA tours, reunion activities, and wherever an extra hand was needed. More than that, he created a personalized experience for every graduate and their family, leaving a permanent impression on those he interacted with.”

She says she received countless emails and phone calls from thankful families with a common thread ¬— Dye’s tours were an outstanding experience.

“I am forever grateful for the lasting impression he left on me personally and those who had the privilege to encounter him,” she says.

Charlie’s greatest passion was for his wife, Karen, and family. He loved spending time with them and playing with his grandkids, fishing and starting water balloon fights. He also loved traveling and hosting themed parties at his house. He loved Karen’s brothers and sisters and their children and being in Oklahoma with them. He liked being around his friends, some he would meet every week for more than 10 years. Charlie was known for never saying no.

He was preceded in death by his father, Cecil E. Dye; his mother, Marie Dye; and his brother, Cecil Lee Dye. 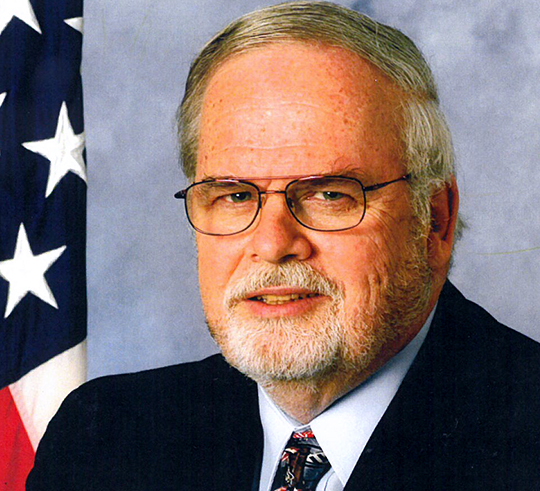