Col. Scott Campbell ’95, USAFA commander, HQ, Commandant of Cadets, met with graduates and friends of the Academy Monday to provide an update on the progress of the Cadet Wing. 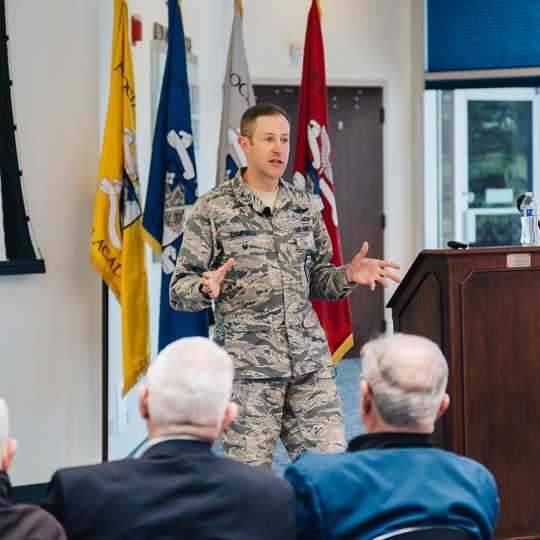 The quarterly update was conducted in conjunction with the Association of Graduates at Doolittle Hall with about 80 people in attendance.

Campbell, who has served as vice commandant since August 2018, took on the duties of commandant in late April.

Among the topics Campbell discussed during the two-hour session: