The United States Air Force Academy’s Board of Visitors met in open session Wednesday, May 1. 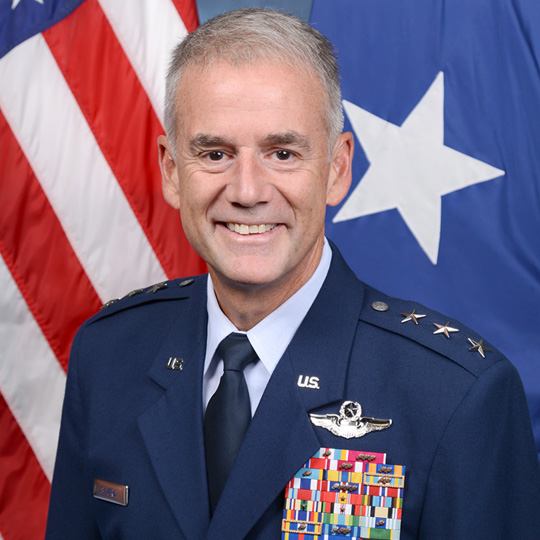 The independent board meets on at least a quarterly basis to review the morale, discipline, curriculum, instruction, research, physical equipment, sexual violence prevention, fiscal affairs and other matters at USAFA. The board reports and makes recommendations to the Secretary of Defense through the Secretary of the Air Force.

An investigation into the matter is currently being conducted by the Secretary of the Air Force inspector general, he reported.

Lt. Gen. Silveria said Col. Campbell will perform the duties of acting commandant over the next month.

“He’s well versed in all the issues, and I have every confidence that he’ll be able to take the wing through the month of May,” he added.

The next commandant, Brig Gen. Michele Edmondson, will be assuming her new role at the end of this month.

“I have every faith in her as an officer and as a commander,” Lt. Gen. Silveria said. “I’m excited about her leadership at the Academy, for the institution and for the cadets.”

Going forward, Lt. Gen. Silveria pledged to continue to provide support to Brig. Gen. Goodwin as the investigation proceeds and comes to a conclusion.

Col. Scott Campbell provided an update for the Commandant’s office.

He noted that about 4 percent of the Cadet Wing is presently in the discipline or honor code system.

“So the majority of our cadets are doing the right things,” Col. Campbell said.

One area of concern, he said, is an uptick in underage drinking violations. Officials are working to address that concern.

Lt. Gen. Silveria recently produced a video that every USAFA applicant is required to watch prior to submitting his or her packet to Admissions. The video suggests that if applicants don’t share the core values espoused by the Academy, maybe they should look elsewhere for further education.

Dr. Nate Galbreath, deputy director of the Department of Defense’s Sexual Assault Prevention & Response Office, told the BOV that sexual assault and sexual harassment continues to be a problem at all service academies, but the crimes remain largely underreported.

Galbreath said cadets and midshipmen are often reluctant to report sexual assaults because they are worried about the impact it will have on their careers or what retribution could occur.

Service academy survey results show that 15.8 percent of women and 2.4 percent of men (747 cadets and midshipmen) experienced sexual assault during the past academic year. <

“That’s the highest rate of sexual assault that we’ve had in the years since we’ve been conducting this survey,” Galbreath said.

According to the survey, 15.1 percent of USAFA women and 1.8 percent of men (221 cadets) experienced sexual assault in the past academic year. He noted that alcohol consumption was a contributing factor in most of the assaults.

Galbreath applauded efforts by USAFA to address the issue, including innovative prevention programs that are showing promise.

The DoD’s SAPR office will be traveling to each of the service academies this summer to learn about prevention programs that are successful, Galbreath told the BOV, in an effort to assemble best practices that others can implement.