BOV hears updates on a range of USAFA matters

The Board of Visitors gathered for a day-long meeting at the United States Air Force Academy on Wednesday, Feb. 19. 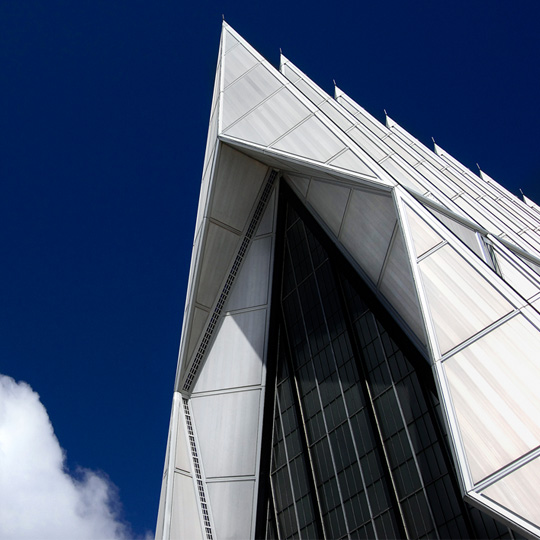 The independent board examines the morale, discipline, curriculum, instruction, physical equipment, fiscal affairs, academic methods and other matters related to the Academy. Appointed by the president and Congress, the board meets at least four times a year, with at least two meetings conducted at USAFA.

Among the key topics discussed was USAFA’s efforts to prepare its cadets for potential roles in the nation’s new Space Force.

“At this point, we have more questions than answers,” admitted Lt. Gen. Jay Silveria ’85, USAFA superintendent.

SIlveria said the initial plan is to commission 62 second lieutenants from the Class of 2020 directly into the Space Force upon graduation in May. They will likely all be space operators.

Col. Houston Cantwell, Academy vice superintendent, said the challenge in the coming months is to “inform and inspire” cadets to volunteer for careers in the new military service.

In addition to space operators, Cantwell said, there will be other job classifications that could eventually become part of the Space Force, including intelligence officers, cyber, acquisitions and engineers.

“But that has not been determined yet,” he added.

Ultimately, Silveria estimated that approximately 100 members of each USAFA class will potentially be commissioned into the Space Force.

A former air officer commanding (AOC) at USAFA will return to the institution this summer and start a Space Force detachment, Cantwell reported. That colonel will act as a liaison between the new service and the Academy to get everyone on the same page as it relates to personnel needs and training that the Space Force requires.

Brig Gen. Linell Letendre ’96, dean of the faculty, reported that USAFA is working on curriculum changes to develop the skills necessary for future Space Force leaders. One of the first additions is a pass/fail class titled “Space 101” to introduce cadets to the opportunities in the warfighting domain. Other new courses will be developed in the coming months.

Letendre said initial indications are that cadets have an interest in the fledgling service.

“The cadets are excited about the Space Force,” she assured the BOV.

In other agenda items: