Discover the Shea Memorial along the Heritage Trail at Doolittle Hall. 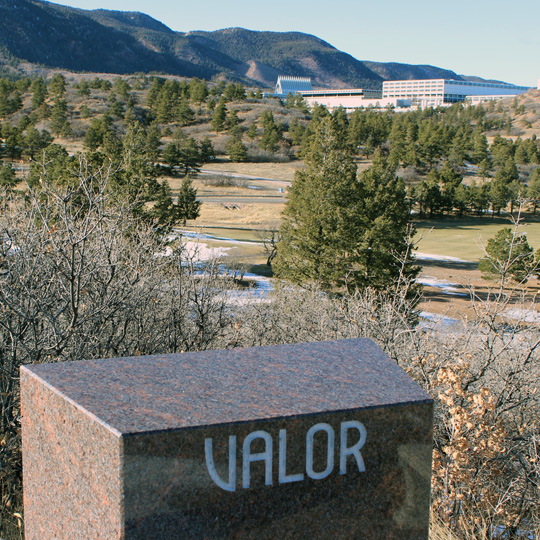 This node and statue dedicated to Valor, as personified by USMC Lt. Col. Kevin Shea '89, was donated by the Class of 1989 to honor their first fallen classmate lost to hostile fire.

Lt. Col. Shea took his commission with the Marines and would teach at the Naval Academy where the Class of 2003 made him an honorary member. He was killed in Iraq on September 14, 2004. 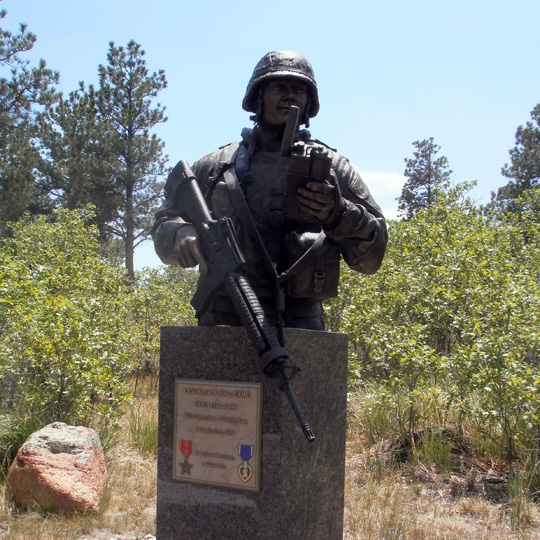