The Class of 1964 has spearheaded part of a comprehensive heritage project that may ultimately extend from the cadet parade field, up the battle ramps, across the terrazzo, all the way to the Honor Wall on the west end of the terrazzo. Part of that entire concept is the Mall of Heroes built by the class of 1964 in the grass area adjacent to the McDermott Library on the north end of Fairchild Hall at the base of the Core Values Ramp. 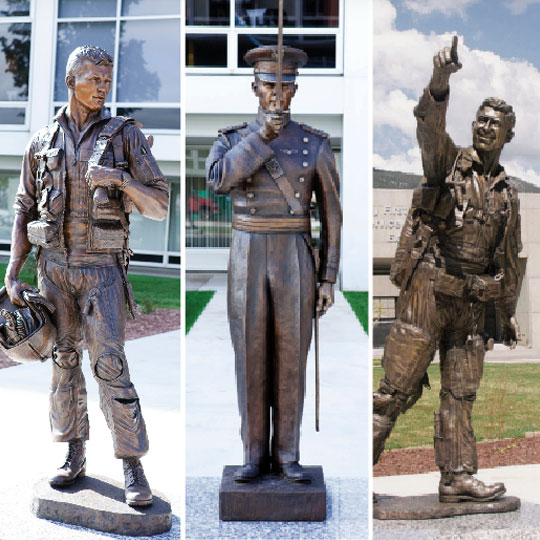 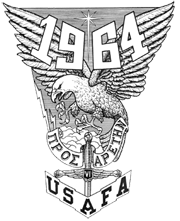 The Class of 1964 has the honor of sponsoring the inaugural display for the Academy's new Mall of Heroes in the grassy area immediately in front of the place older graduates remember as the cadet clinic, to the left as the Cadet Wing marches up the ramp from the parade ground. The project intends to put something tangible in front of the cadets something they can see, reflect upon, and interact with on a daily basis.

In May of 2008, the Class of 1964 participated in the dedication of the Mall of Heroes and the installment of the first statue, Karl Richter. In 2009, statues of Lance Sijan and Val Bourque were added. The Mall of Heroes is designed to serve as an example of graduates who epitomize courage, honor, and character.

The inspiration behind the '64 Mall of Heroes project resulted after the class presented its gift to the Academy at its 40th reunion. Several key members of the class developed the concept and, with assistance from the Association of Graduates, presented the idea at a class business meeting during the reunion. The Class of 1964 embraced the idea and moved quickly to implement actions to bring the concept to reality.

The class decided the project had to meet two criteria:

In addition to the class criteria, the Academy requires memorials in the new Mall of Heroes area to communicate the principles of integrity, service and excellence; the value of excellence and extraordinary achievement; the examples of valor and meritorious leadership; and contribute to the preservation and the display of Academy heritage.

The Class of 1964 believes deeply that courage and honor have been dominant in the lives of cadets and graduates since their earliest days at the Academy and that those traits are the most important among the basic elements that define our character. The Academy clearly drove home the extraordinary importance of courage and honor in the execution of service to the nation. Those who follow must be able to see that these values mean something, they are not just words, and that they directly influence conduct and performance in a most positive way. The Class of 1964 believes this project will help to ensure the Cadet Wing understands the importance of serving with courage and honor.

The Mall of Heroes will ultimately encompass other Academy graduates, past and future, whose stories of courage, leadership, character, and bravery are, or will be, known and celebrated by every class of Air Force Academy cadets.