In 2009, the first graduating class of the Academy (1959) dedicated the impressive Harmon Memorial. Standing between Harmon Hall and the Cadet Chapel, the area was designed for contemplation. 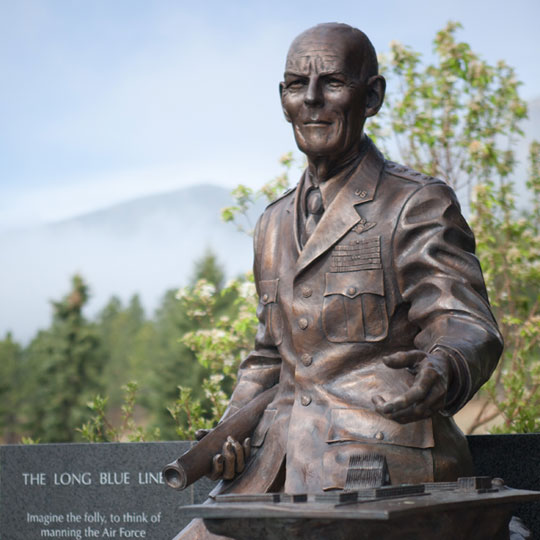 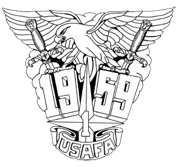 Following a distinguished World War II combat career, Lieutenant General Hubert R. Harmon was instrumental in developing plans for the establishment of the United States Air Force Academy. General Harmon graduated from the U.S. Military Academy at West Point, but believed West Point's academic curriculum was lacking. For more than four years Harmon directed all efforts at securing legislative approval for a U.S. Air Force Academy, planned its building and operation, and served on two commissions that finally selected Colorado Springs, Colorado, as the site for the new institution. On August 14, 1954, he was appointed first Superintendent of the Air Force Academy.

The memorial honors the Academy's founder and also serves as a refuge, a circular court in contrast to the austere grid of the sprawling campus.

Character, education, and leadership are the values inscribed on the monument to inspire cadets following in Lieutenant General Harmon's vision.

As predicted, heavy, wet snow pummeled the Front Range that weekend, leaving nearly a foot of the white stuff in some areas and moving one of the highlights of the reunion into Arnold Hall -- dedication of the Harmon Memorial, dedicated to the Academy's first superintendent Lt. Gen. Hubert Reilly Harmon. Under blowing snow, hardier class members attended the unveiling outside.

Read more about the '59 reunion and dedication from the Academy Spirit.