More Than a Margin

(This article appears in the June 2019 edition of Checkpoints magazine)

As the associate vice president for marketing, communications and donor relations at the USAFA Endowment, I work with a talented team of professionals dedicated to the same cause of developing and enriching the cadet experience. 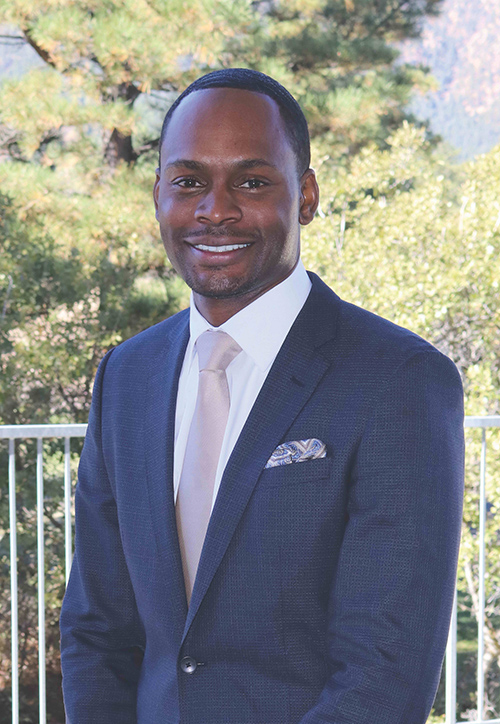 Together, we have the extraordinary opportunity to showcase the impact of private philanthropy and share stories that educate, highlight and serve as an inspiration for generous supporters to direct their charitable contributions to the Air Force Academy. Our work is rewarding because through it we enable generous people to make meaningful and transformative contributions to a place they love.

Throughout the landscape of higher education, the term “margin of excellence” is used to describe the impact of private philanthropy, whether it is a group of select funds or special initiatives to which donors direct their support. Most colleges and universities describe margin of excellence as funding that subsidizes great opportunities for learning and discovery.

We are no different. The support provided by private citizens to the Academy accounts for 8% to 12% of the overall budget of the Air Force Academy — a margin.

However, we at the Endowment believe the phrase margin of excellence does not adequately describe the impact that private funds have on the Air Force Academy. Some programs at the Academy are partly or wholly funded by private donations. In its 12 years of existence, the USAFA Endowment, along with the family of supporting foundations, have inspired private donations with stunning results: iconic structures erected, transformational experiences provided and lives forever changed. The Academy is already excellent, boasting globally recognized programs, top-tier faculty and cadets, and boundless potential.

So how does one go about describing the fuel that enables the Academy to pursue some of its highest aspirations? Well, you don’t start by calling it a margin of excellence.

I am not a big sports fan, but I think I have the following analogy correct (at least the proofreaders of Checkpointshave assured me that I do). In a football game, when the running back is stopped close to a first down, the ref brings out the first-down chains to measure the margin by which the first down was achieved or missed.

If that same play is called and the running back runs to the end zone for a touchdown, the two sticks connected by a chain are not needed.

Similarly, the Center for Character and Leadership Development — a $42 million project with more than half of the money contributed by private donors — is not solely a margin of influence.

The Holaday Athletic Center, a project that was fully funded by private donations — with a $5 million lead gift from Bart Holaday ’65 — does not offer a simple margin of impact.

We don’t need sticks and chains to see those projects as metaphorical touchdowns for cadets and the Academy. Private support provides so much more than a margin — the impact is immeasurable

These examples and so many more do not speak of a margin of excellence. They transcend being a simple margin. My words are not meant as an indictment of the term margin of excellence or those who use it, and they are not chest-beating from the Endowment to make the statement “look at what we have accomplished.” Instead, they are a celebration of the generous individuals who make our mission possible.

We at the Endowment have used the term margin of excellence for years. As the leader of the chief storytellers for the Endowment, I searched for a theme or mechanism that would allow us to more accurately tell the full inspirational story of generosity shown by many who have a fond reverence for the Academy.

In the Endowment’s annual report, we showcased and celebrated the results of a record-setting year of support for our Academy. In 2018, private gifts and commitments totaled $27.88 million, the most in Endowment history. In the report, we introduced the theme “More Than A Margin.”

In this issue of Checkpoints, we use this theme to showcase donor impact through ads that provide statistics and compelling visuals that honor current and past donors.

As a professional marketer, I have a deep appreciation for how design and marketing can inspire and reveal. I make efforts to purposefully avoid tactics that create exaggerated perceptions — which could result in distrust and a misunderstood message. With “More Than A Margin” we celebrate the impact of graduates, families and friends.

We look forward to shining a spotlight on even more growth and accomplishments in the coming months. 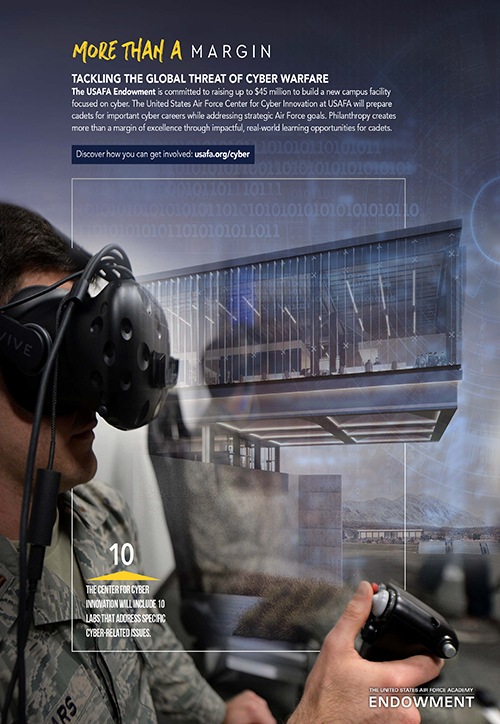