The Air Force Academy’s Cyber Competition Team came out on top in a head-to-head competition against the U.S. Military Academy, the U.S. Naval Academy and the U.S. Coast Guard Academy in the annual CyberStakes Live competition in Las Vegas, Nevada, November 17-19.

Prior to the competition, Gen. (Ret.) Charles Holland ’68 encouraged members of the Cyber Competition Team during a visit to the Academy in early November. 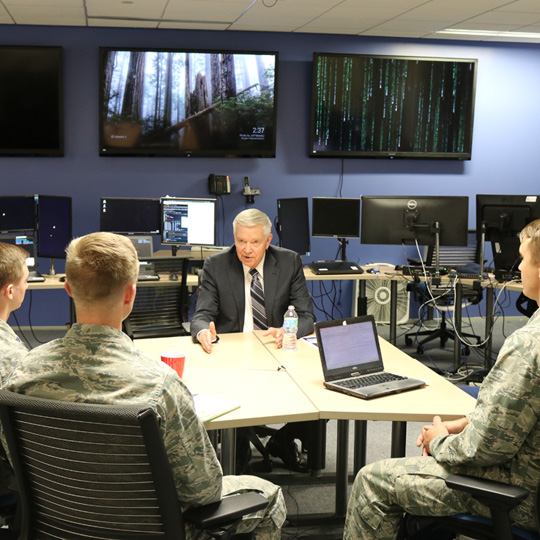 A special operations commander during the closing years of his Air Force career, Holland has been assisting the U.S. military with war game efforts since 2004.

Over the past decade, Holland said, planning for future conflicts has included an ever-increasing awareness of cyber and the vulnerabilities that our country faces.

He told the cadets that the United States has almost always enjoyed a competitive advantage over its adversaries, due to advanced technologies and strategies, but that’s now changing.

“Our adversaries are getting smarter all the time,” he said. “We have to protect our systems. We need to fix that problem.

“And our adversaries don’t necessarily go by international norms, nor do they really go by the rules of law, versus how we in the U.S. try to operate.”

Recognizing the importance of cyber security and research, the Air Force Academy’s Class of ’68 has adopted the Cyber Competition Team, launching a campaign to raise $500,000 as a permanent endowment to cover travel expenses and other costs related to team competitions. More than $426,000 has been raised.

Private support for the Cyber Competition Team enhances the effectiveness of the Academy’s academic focus on cyber research and development.

“Many competition problems are the very same type of problems airmen must solve while conducting cyber operations in defense of our nation, including offensive cyber operations conducted against our nation’s adversaries,” says Brig. Gen. Andrew Armacost, dean of faculty for the Air Force Academy. “In fact, many former Cyber Competition Team members have gone on to become Air Force Cyber Operations officers, directly applying the skills they developed to the defense of our nation in cyberspace.” 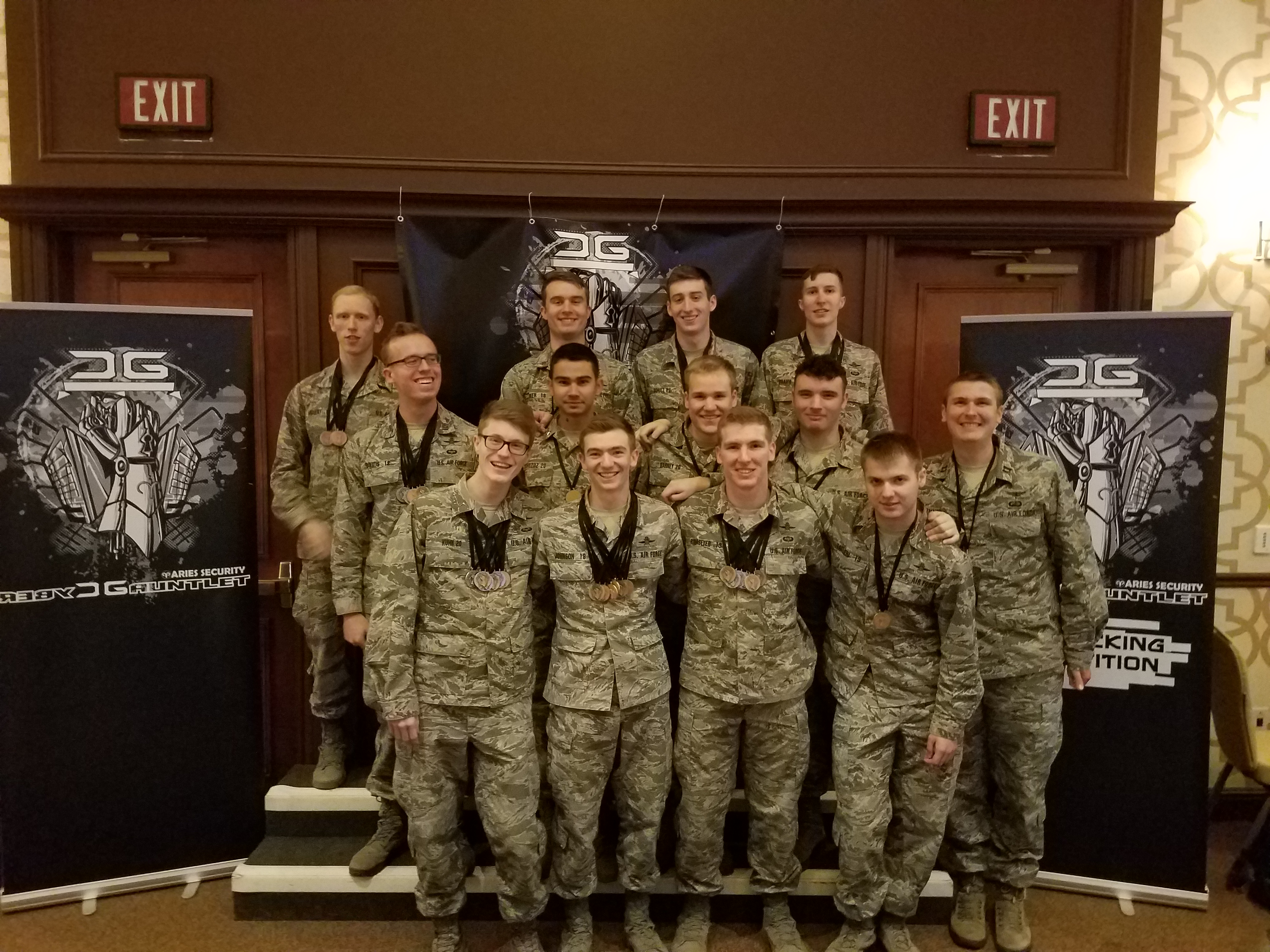